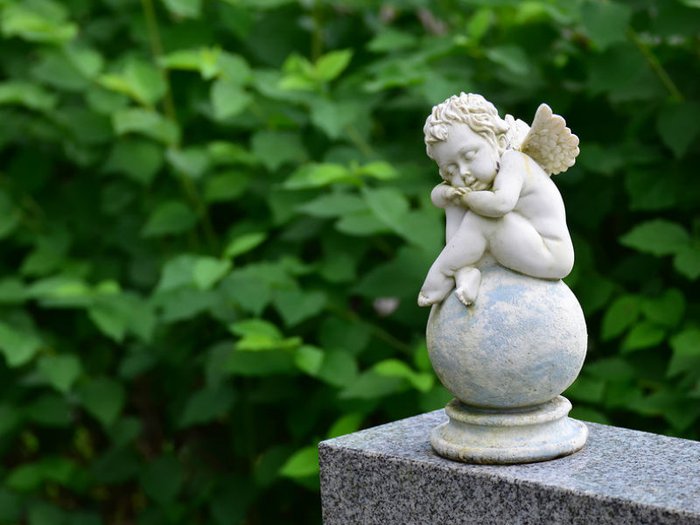 Bereaved parents, child bereavement charities and supporters including funeral directors have welcomed news that child burial and cremation fees are to be scrapped by local authorities in England, after a hard-fought campaign by MP Carolyn Harris.

The Government has announced it will be introducing the Children’s Funeral Fund, which will see burial and cremation fees waived, bringing England in line with the earlier scrapping of child burial fees in Wales in Novemeber, 2017.

Under the scheme in England, children’s burials or cremation fees will be waived by all local authorities and met instead by government funding.

Charity Quaker Social Action which is behind the Fair Funerals campaign against funeral poverty, welcomed the announcement, saying: “No parent should have to go through the indignity of slipping into debt for their child's funeral.”

A “big difference” for bereaved families

Charity Together for Short Lives said it would make a “big difference” for bereaved families.

Children’s cancer charity CLIC Sargent described it as “incredible news” saying that it would make a massive difference to bereaved families who shouldn’t have to deal with the worry and financial burden of their child’s funeral when they are “emotionally, and often financially at rock bottom.”

Tweeting their congratulations to Ms Harris, one parent described how the family’s benefits had stopped on the day their son had died, after both gave up work to care for him. “This is huge!!” she tweeted.

Another described how her mum “had to beg and borrow” to pay for her 17-year old’s funeral on a low income, saying: “How she coped with all that pain + money worries I do not know.”

Announcing the Government’s Child Funeral Fund, Prime Minister Theresa May said: “I have been incredibly moved by the dignity and strength of campaigners like Carolyn Harris, who lost her own son Martin when he was just eight years old. Carolyn has passionately argued for a Children’s Funeral Fund to spare grieving families the burden of meeting funeral costs.

“In the darkest moment of any parent’s life there is little light - but there can be support.

“That is why I have asked for the Children’s Funeral Fund to be set up in England. For Carolyn, in memory of her son Martin, and in support of all those parents overwhelmed by such harrowing loss.”

Ms Harris, MP for Swansea East, has long been calling on the Government to scrap child burial and cremation costs and the introduction of a children’s funeral fund. The campaign is close to her heart – as she struggled to meet the funeral costs, when her eight-year-old son died in 1989.

On the back of the Government’s announcement, Ms Harris tweeted: “I'm truly overwhelmed that we've managed to secure a #ChildrensFuneralFund across the UK.

“This victory will mean parents who are going through the toughest time in their life will have one less thing to worry about.”

When will the Children's Funeral Fund launch?

Campaigners and families are now waiting to hear when the Children’s Funeral Fund will be introduced. A Government spokesperson said this will be confirmed in “due course.”

Some local authorities, including Leeds and Oxford, announced earlier in the year they were scrapping child burial and cremation charges, under moves which have already come into force.

Funeral directors who have been campaigning against funeral poverty have welcomed the latest news.

Cornwall-based independent funeral director Scott Watters tweeted: “We know that this will make such a huge difference to many #bereaved families at the worst time.”

One bereaved dad following the the #ChildrensFuneralFund conversation on Twitter told how their funeral director had eased some of the burden when his son died, by waiving their fees from the funeral costs.

Independent funeral director David Barrington, who is second vice president of funeral directors’ association the NAFD, said: “Many funeral directors sometimes do, very quietly, help families that need support with the costs, although most people don’t know about that.”

“From our point of view, we’re delighted with anything that eases the passage for people who’ve been bereaved.”

A campaign is also continuing for the Government to increase the means-tested Funeral Expenses Payment for families on certain benefits, which covers burial and cremation fees. However, an allowance to cover other funerals costs – including the coffin and funeral director’s fees – has been capped at £700 since 2003.

Meanwhile, there has been cross-government support for MP Kevin Hollinrake’s Parental Bereavement (Leave and Pay) Bill, which aims to see paid time off work for parents who are grieving a child introduced by 2020. The Government is currently seeking views from members of the public and employers, in a consulation that will help shape how paid parental bereavement leave will be put into practice.