Funding for children’s funerals excluded from the budget 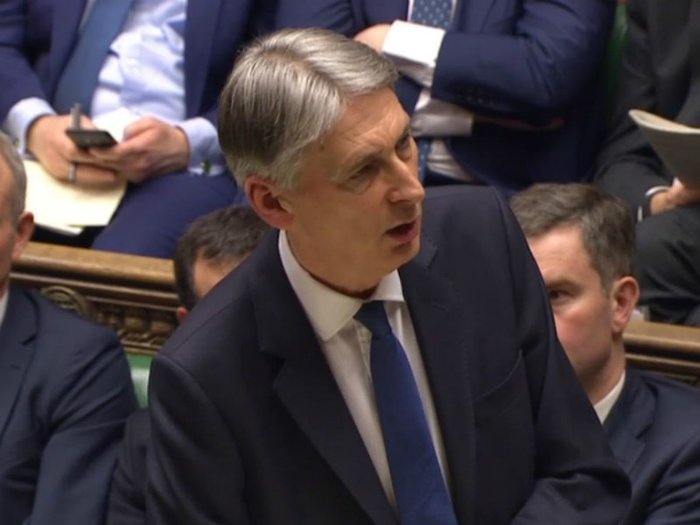 Philip Hammond addressing the House of Commons on March 8. Image courtesy of parliament.tv.

Despite passionate campaigning from a number of MPs, organisations and members of the public, no mention was made of any plan to cover the burial and cremation fees after a child dies, as Chancellor Philip Hammond delivered the 2017 Budget in the House of Commons.

Hopes had been raised that the Government might act on saving grieving parents the cost of burying their child, after MP Carolyn Harris hinted at “speculation” that the Budget would consider these issues, in an interview with the South Wales Evening Post.

Ms Harris, the MP for Swansea East, has been passionately campaigning for the Government to scrap burial and cremation fees for children. The cause is close to her heart – as she struggled to pay the cost of laying her own child to rest when her eight-year-old son died in 1989.

Following the Chancellor’s speech today, the leader of the opposition, Jeremy Corbyn, responded angrily to the lack of provision for grieving parents.

“The pain of losing a child is unimaginable for most of us,” he said. “For those who do [know what it is like], that pain is worsened by the stress of having to pay for their own child’s funeral.

“I pay tribute to my friend, the member for Swansea East, for her campaign to establish a children’s funeral fund, but far from establishing such a fund, costing just £10 million a year, the Government is instead cutting support for bereaved families. Three in four families will receive less. This is utterly heartless.”

Although the Government has rejected calls to scrap funeral fees for children, local authorities are stepping up to help the bereaved. Several local council authorities have committed in the past year to waiving burial and cremation fees for children’s funerals, including Plymouth, Oxford, Torfaen and Carolyn Harris’ home constituency of Swansea.

Just minutes after Mr Hammond concluded the Budget, Ms Harris took to Twitter to voice her dismay at the Government’s lack of provision for a children’s funeral fund. She described herself as “devastated” and echoed Jeremy Corbyn’s condemnation of the Government as “heartless”. She vowed to “come back fighting” from her campaign’s Budget setback and continue to work towards the abolition of fees for children's funerals.