Most popular hymns for funerals 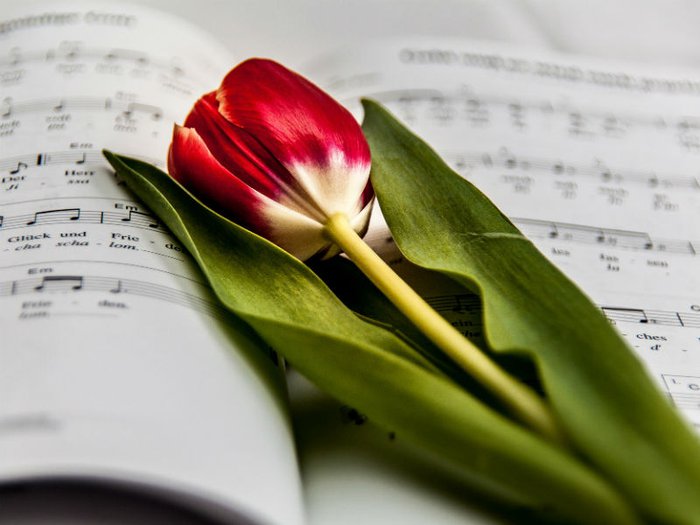 Hymns remain a popular choice of music for funerals in the UK, and not just for devoted church-goers. Many people find comfort in including religious songs in their loved one’s service and certain hymns have remained the most appropriate funeral song choices over the years.

Here we run down the most popular funeral hymns in the UK and other hymns suitable for a funeral.

I Watch the Sunrise

This popular funeral hymn follows the progress of the sun in the sky throughout the day, reflecting on the passage of time and the importance of closeness to God. Many people find its message comforting during their grief.

I watch the sunrise lighting the sky,
Casting its shadows near.
And on this morning bright though it be,
I feel those shadows near me.

The Day Thou Gavest Lord Has Ended

Another hymn suitable for a funeral, again using the metaphor of day and night, this classic hymn is uplifting and hopeful, rather than sorrowful.

The day thou gavest, Lord, is ended;
The darkness falls at Thy behest;
To Thee our morning hymns ascended,
Thy praise shall sanctify our rest.

Written in 1931, many will have grown up singing this hymn at school or in church. With a cheerful melody and hopeful lyrics, Morning Has Broken is not a funeral hymn about loss or grief, but about life and renewal. It’s another example of a 'happy' funeral hymn.

Often performed in a country and western style, Old Rugged Cross is first and foremost a song celebrating Jesus Christ and a dedication to serving God.

Seen by many as England’s unofficial anthem, Jerusalem is a musical version of a poem by William Blake, written in 1804. With powerful lyrics and an uplifting melody, Jerusalem is known as one of the best funeral hymns.

And did those feet in ancient time
Walk upon England's mountains green?
And was the holy Lamb of God
On England’s pleasant pastures seen?

This stirring funeral hymn is often played or accompanied by bagpipes and is famous for its message of salvation and finding peace after death.

Amazing grace! how sweet the sound!
That saved a wretch like me!
I once was lost, but now I’m found;
Was blind, but now I see.

How Great Thou Art

How Great Thou Art is based on a 19th century Swedish poem and set to the tune of a Swedish folk song. It is one of the most popular Catholic funeral hymns as it rejoices in the beauty of nature and power of God.

All Things Bright and Beautiful

This Anglican hymn is often sung and celebrated by many different churches within Christianity. Another funeral hymn about celebration rather than mourning, it has remained a popular choice for funerals throughout the years.

All things bright and beautiful,
all creatures great and small,
all things wise and wonderful,
the Lord God made them all.

Abide With Me is a powerful Victorian funeral hymn about asking God for comfort and help during the darkest of times. It is an ideal choice of funeral song for those grieving and needing guidance.

Abide with me:
Fast falls the eventide;
The darkness deepens:
Lord, with me abide!

The Lord Is My Shepherd

Based on Psalm 23, this well-known hymn offers a message of guidance and comfort, with a tune that even non-religious people will recognise. Like many of the other songs on this list, The Lord Is My Shepherd is an uplifting funeral hymn, more about finding guidance in grief than about the pain of grief itself.

The Lord is my shepherd, I'll not want;
He makes me down to lie
In pastures green; he leadeth me
The quiet waters by.

This beautiful and uplifting, modern funeral hymn is adapted from Dvorak’s Symphony No. 9. William Arms Fisher, a pupil of Dvorak’s, penned the lyrics to Going Home based on the second movement of the symphony.

Making Me A Channel Of Your Peace

This is a well known adaptation of the Prayer of Saint Francis. The prayer has been adapted a number of times, with the earliest recorded version being from 1912. The most popular version would be that of Sebastian Temple, who set the prayer to a chant-like melody. It is an anthem of the Royal British Legion as well as being a popular catholic funeral hymn.

Make me a channel of your peace.
Where there is hatred let me bring your love;
Where there is injury your pardon, Lord;
And where there's doubt true faith in you. 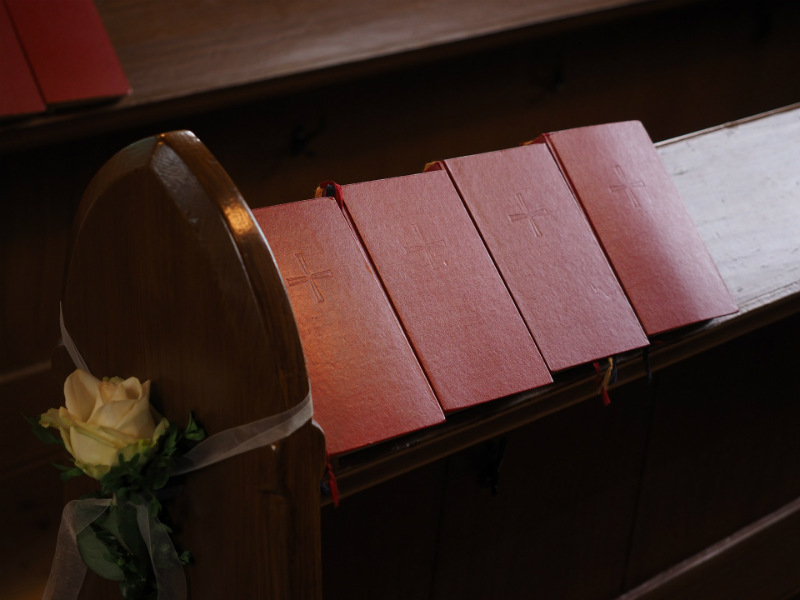 Guide Me O Thou Great Redeemer

This funeral hymn is a very traditional piece, set to the Welsh tune of Cwm Rhondda. Lyrics which talk about being guided through a barren land, to a place where one can be full and have their thirst quenched, make it a fitting choice for a funeral.

Guide me, O thou great redeemer,
Pilgrim through this barren land;
I am weak, but thou art mighty,
Hold me with thy powerful hand;

This modern Catholic funeral hymn is uplifting and joyful, focusing on finding strength in God through trying times. The lyrics encourage the person not to be afraid, because they are walking with God.

Be not afraid,
I go before you always,
Come follow Me,
And I shall give you rest.

Lord of All Hopefulness

Lord of All Hopefulness is a 20th century Christian hymn written by Jan Struther. It’s one of the UK’s favourite hymns for funerals and it’s often sung at the beginning of a service to the tune of the Irish folk song Slane.

Lord of all hopefulness, Lord of all joy,
Whose trust, ever childlike, no cares could destroy,
Be there at our waking, and give us, we pray,
Your bliss in our hearts, Lord,
At the break of the day. 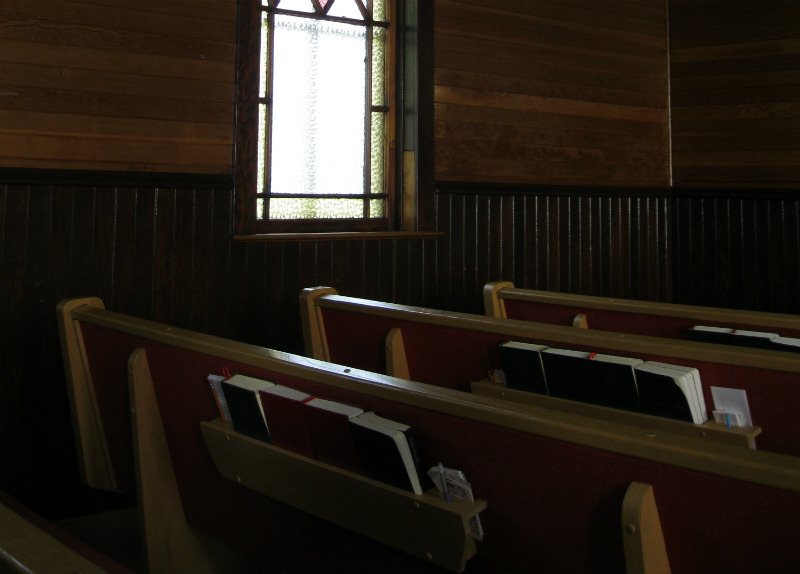 Nearer My God to Thee

As one of the most famous funeral hymns, Nearer My God to Thee might be most well known as the last song to be played on HMS Titanic. It was written in the 19th Century by poet and hymn writer Sarah Fuller Flower. It’s a very popular Christian funeral hymn and its positive descriptions of heaven definitely play a big part in that.

I Am The Bread Of Life

One of the most uplifting funeral hymns on the list, this particular piece was actually written in the 1960s. It’s based on a proclamation made by Jesus in the bible that ‘he that cometh to me shall never hunger; and he that believeth on me shall never thirst.’ This idea of eternal satisfaction make this a perfect choice for a funeral.

I am the Bread of life,
He who comes to Me shall not hunger,
He who believes in Me shall not thirst.
No one can come to Me
Unless the Father draw him. 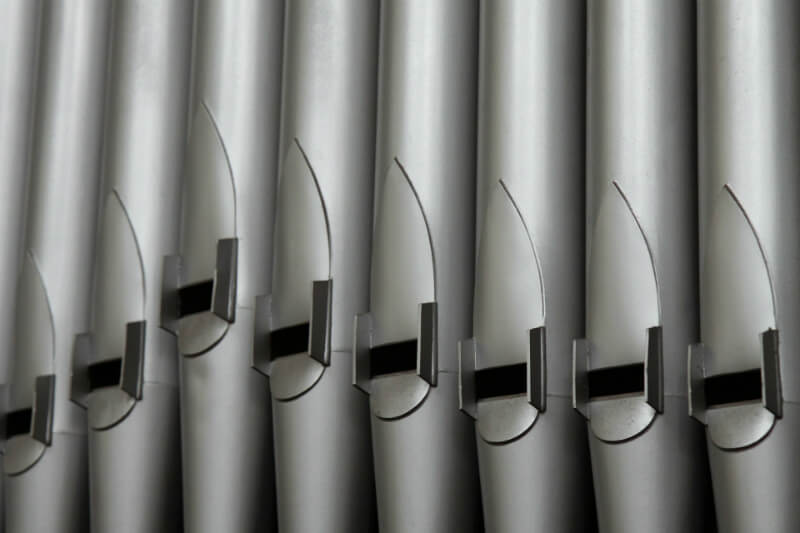 Love Divine, all loves excelling,
Joy of heaven, to earth come down,
Fix in us thy humble dwelling,
All thy faithful mercies crown.

The King of Love My Shepherd Is

The King of Love My Shepherd Is actually ties in closely with another popular funeral hymn, The Lord Is My Shepherd. They both derive from different versions of Psalm 23, with this being based on the Welsh version and set to music written by John Bacchus Dykes.

The king of love my shepherd is,
Whose goodness faileth never;
I nothing lack if I am his
And he is mine forever. 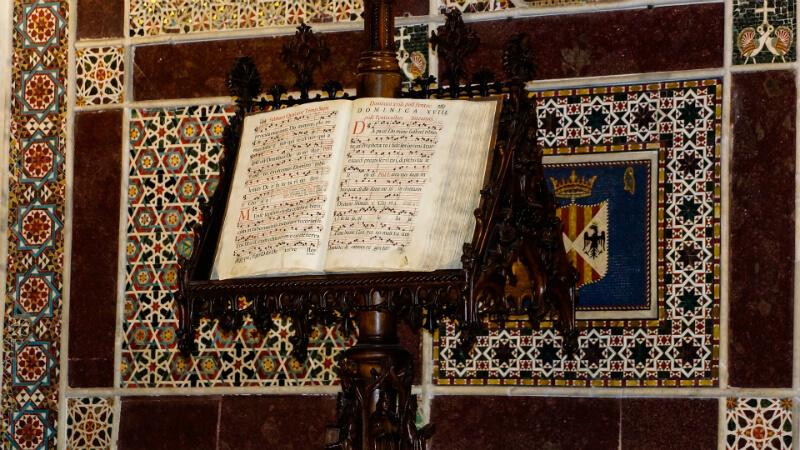 This is a particularly poignant and resonant funeral hymn and has been sung at some important moments throughout history.

It was sung on the RMS Titanic, before it collided with an iceberg and the morning after while the lifeboats awaited rescue. Soldiers on the Western Front of World War I sang it at services before entering the trenches. And Corrie ten Boom, who helped Jewish people escape the holocaust, sung it with other women being led to concentration camps.

Lead, kindly Light, amid th'encircling gloom, lead Thou me on!
The night is dark, and I am far from home; lead Thou me on!
Keep Thou my feet; I do not ask to see
The distant scene; one step enough for me.