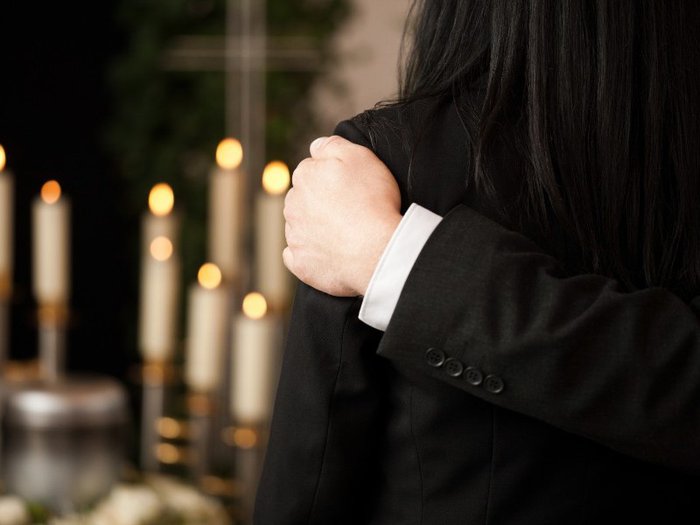 The traditional dress code for both men and women at a funeral in the UK and other western societies is black, conservative clothing, but this is not universal and the trend is changing. Many funerals are now treated as celebrations of life, with mourners specifically requested to wear bright, colourful clothes. Funerals for religions other than Christianity might have different dress codes.

The golden rule for deciding what to wear to a funeral is that, regardless of the type of send-off, it is about the person who has died and their family, not you. A funeral is an occasion where you do not want people to remember what you wore.

As long as you are respectful and don't draw attention to yourself the most important thing is that you take the time to attend the funeral and support the bereaved family as they remember their loved one who has died.

What do you wear to traditional funerals?

What do men wear to a traditional funeral?

At traditional funerals men usually wear a dark suit and tie with dress shoes, such as brogues or oxfords. It is also generally acceptable to wear military uniforms or national dress. 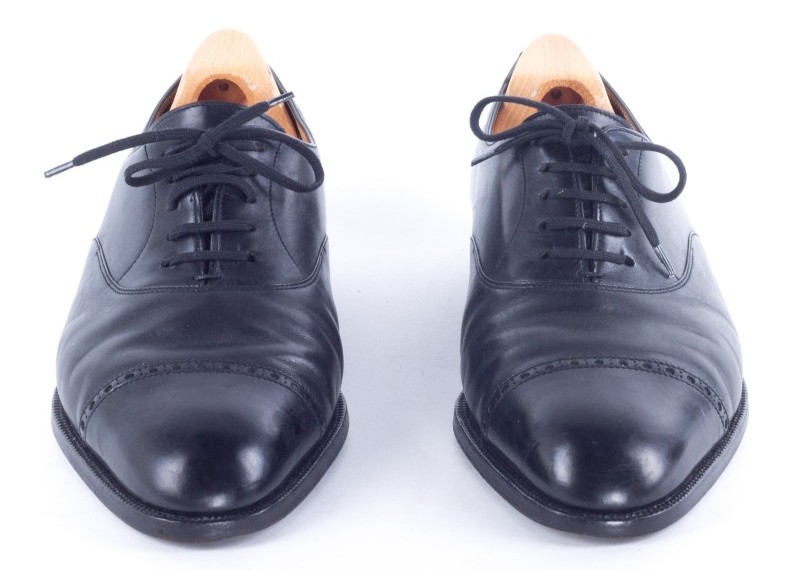 Some men choose not to wear black ties to a funeral because that is more appropriate for close family members. Other dark colours, such as navy or very dark grey are also respectful. 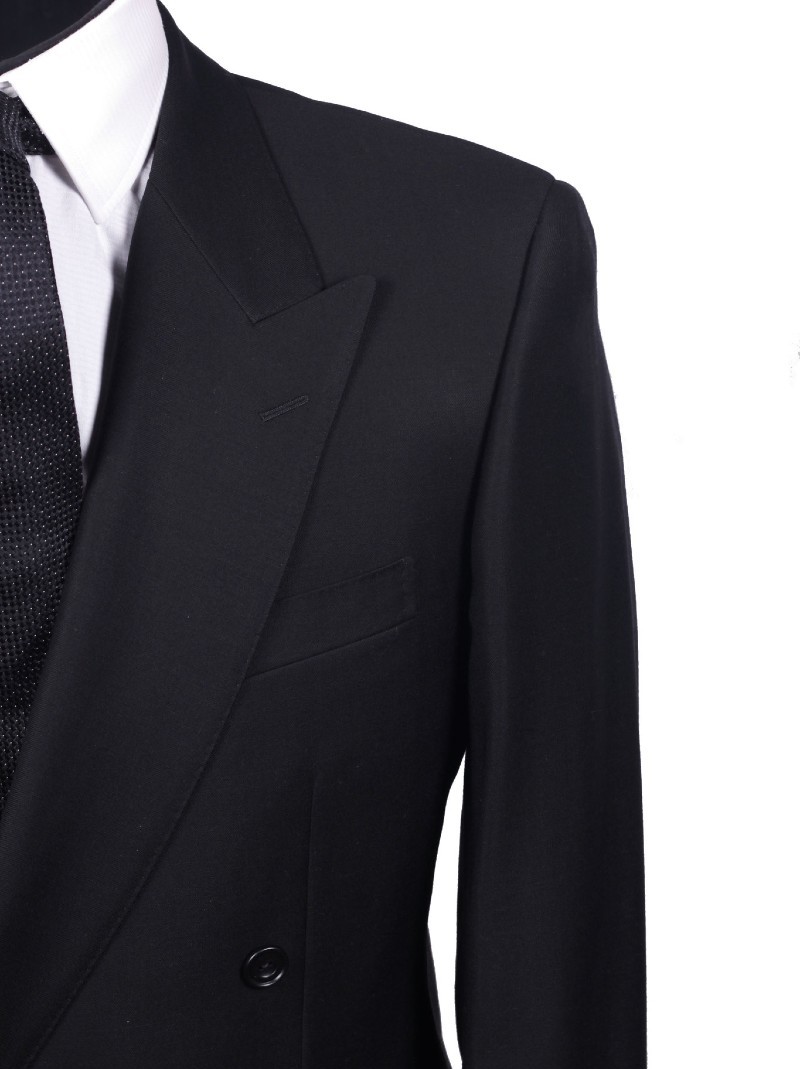 What do women wear to a traditional funeral?

The traditional dress code for women at funerals is similar to what is expected of men. Clothes should be dark, although a white, cream or ivory blouse under a dark cardigan or blazer is usually fine. 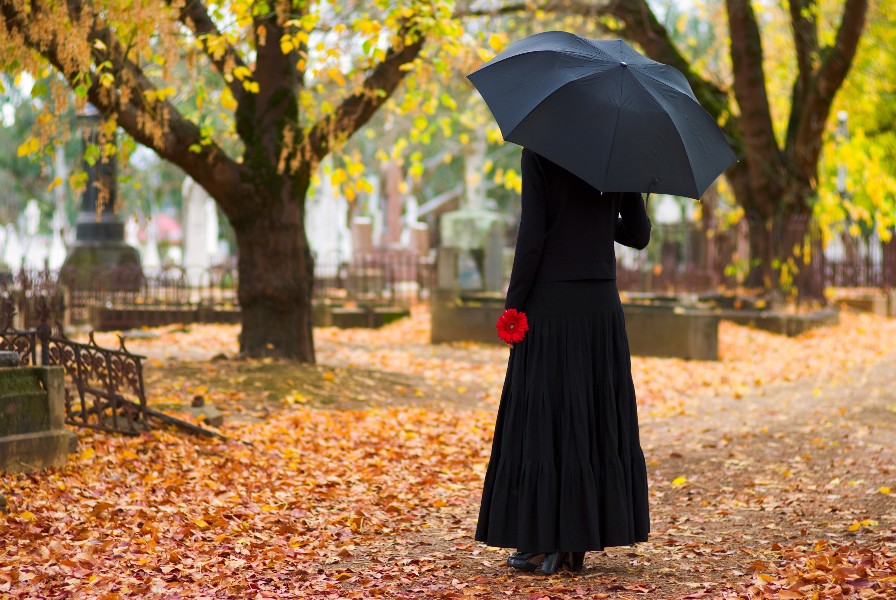 It is probably a good idea to avoid clothes that are too striking or revealing, such as skirts above the knee, sleeveless tops or colourful tights, because a funeral is not an occasion to draw attention to yourself. A good guideline for what to wear to a traditional funeral is the style of clothes that you would wear to work. If you know the bereaved family well then you can probably gauge their preferences yourself.

Why do you wear black to a traditional funeral?

Black has been the colour of mourning in western societies for centuries, but became a strictly enforced convention in the 19th century. The Victorians believed that black illustrated the "privation of light," which symbolised the "privation of life." As well as mourning clothes the colour of Victorian mourning jewellery was also black, but this had faded out of popularity by the early 20th century.

Although bright dress codes are becoming more common for funerals, black is still definitely the default tradition that you should respect unless the family specifically requests anything different.

What do you wear to casual or quirky funerals?

Many families are now asking mourners to observe a less formal dress code, and even wear bright colours to a funeral. It is still a good idea to ensure that you dress smartly and respectfully. For men, a colourful shirt and brown or beige chinos with a sports jacket and smart shoes is respectful and relaxed. Likewise, for women a patterned blouse or bright jacket is an easy way to appear more colourful without overdoing it. 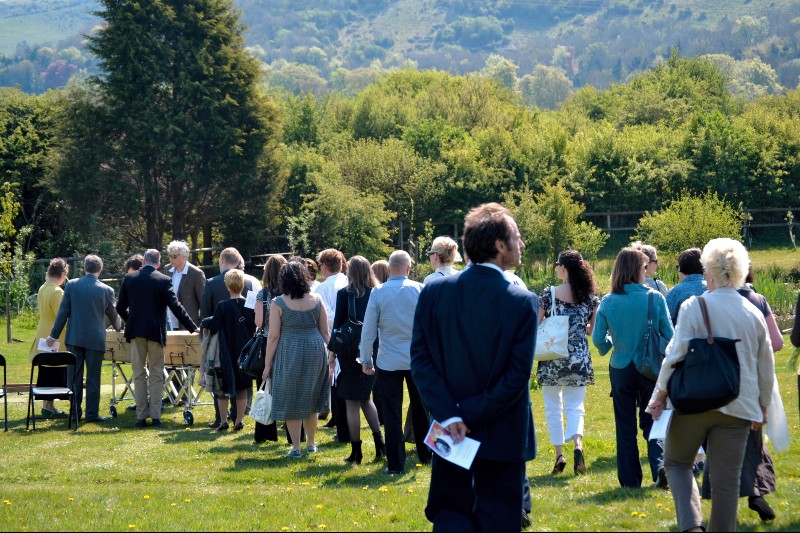 If you are going to a funeral or celebration of life with a more relaxed dress code then it is best to dress for the occasion, whether it's a woodland walk or an evening of stargazing.

If the family decides to have a really quirky funeral or celebration of life and ask you to wear shorts and t-shirts for a barbecue or picnic then you should do that.

What do you wear to funerals in different cultures?

It can be difficult to know what you wear to a funeral in a culture that is different from your own, such as Jewish, Sikh or Buddhist funerals. The traditional dress code for a funeral is a convention that is not normally specified, so it is important to do some research and ask questions before deciding on what to wear.

You can find out more about the etiquette and customs of religious funerals on Funeral Guide.

At Buddhists funerals for example mourners often wear white clothes to a funeral. 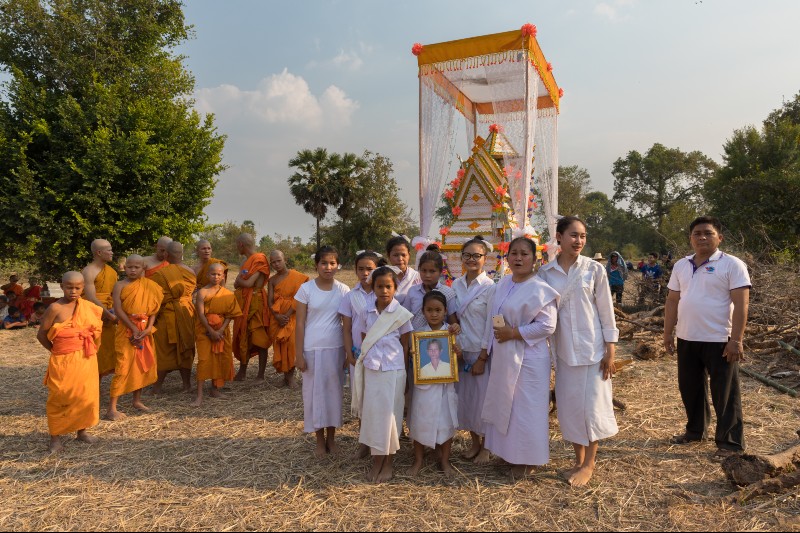 As well as religions, many nationalities also have their own traditional dress codes for funerals. If you are not already familiar with the culture you might not know what to wear to a Dutch, Chinese or Jamaican funeral. The easiest thing to do is to ask the family. They will likely appreciate the effort that you have made to respect the customs of their family and the person who has died.

It is not a good idea, however, to wear the traditional dress of a different culture unless requested to do so, because that might be insensitive.

If in doubt dark clothes are generally always a safe choice, because they are widely known as a sign of respect for someone who has died, even if it is not part of their own culture.