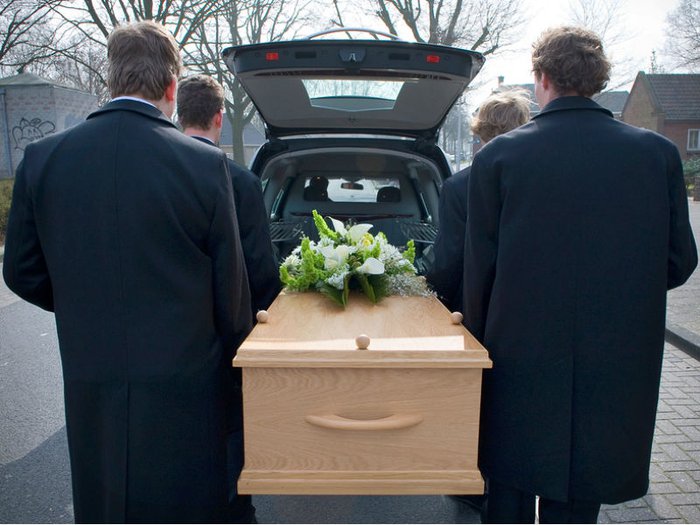 Changes to the state-funded Funeral Expenses Payment are due to come into force on April 2, although campaigners say that the move does not go far enough to help people struggling to meet funeral costs.

The Government has said that changes to the Funeral Expenses Payment will make the process of applying for the mean-tested help with funeral costs more straightforward – and more accessible for bereaved families who qualify to claim.

The National Association of Funeral Directors (NAFD) is among those who say that reforms to the Funeral Expenses Payment do not address the “inadequacy” of a £700 payment allocated to help families cover many funeral costs.

The rising cost of someone’s cremation or burial is covered by the payment in line with inflation, while death and doctor’s certificate fees are also covered by the social fund.

Families can claim up to £700 in ‘additional’ funds to cover the cost of the funeral itself, such as making the arrangements with a funeral director, buying a coffin, funeral flowers and booking a funeral venue.

Many people had hoped that this part of the Funeral Expenses Payment – capped at £700 since 2003 – would be increased, to help people in financial hardship pay for other funeral costs.

Campaign group Fair Funerals has said this part of the funeral payment barely covers half the cost of a basic funeral, in 2018.

It said: “The most financially vulnerable people are being excluded from having a funeral for a loved one.”

Jonathan Robinson, an independent funeral director from Harrogate, told Funeral Guide: “Realistically, this part of the DWP’s funeral fund should be closer to £1,200 than £700, in 2018.”

Fair Funerals says the average price for a cremation funeral now stands at £3,596. Including cremation or burial fees, an average of £1,347 was awarded to bereaved families claiming the Funeral Expenses Payment between 2013 and 2014.

Parliamentary Under-Secretary for Work and Pensions Kit Malthouse has said that the Funeral Expenses Payment changes followed a public consultation exercise, which had generated an “overwhelmingly positive response” in summer 2017.

Changes to the Funeral Expenses Payment

From April 2, 2018, the reforms to the Funeral Expenses Payment will see the period of time in which people can claim or reclaim funeral costs extended from three to six months. Families who receive help with funeral costs from charitable fundraising or friends, will also no longer have these contributions deducted from any funeral payment they receive from the state.

A Government spokesperson said: “Funeral Payments provide an important contribution towards funeral costs, covering the cost of a basic burial or cremation. We understand it can be a distressing and difficult time and our changes will make it easier for people to claim.”

Both the NAFD and Fair Funerals have welcomed new reforms that will help make it easier for grieving families to make a claim, but are pushing for the changes to go further.

The NAFD said the Department for Work and Pensions appeared to be “wilfully avoiding” what the funeral directors’ association described as the benefit’s “biggest failings,” including the portion of the funeral payment allocated to cover funeral costs.

It said the worry of funeral costs causes heartache for “tens of thousands of bereaved people every year,” adding that the state funding gap can often leave funeral directors “picking up the pieces (and often the shortfall too).”

With the support of other charities, funeral directors and bereaved families, Fair Funerals has been calling on the Government through its #BuryTheDebt campaign to increase the amount allocated to this portion of the Funeral Expenses Fund.

It says a payment increase exceeding £700 would come at “miniscule” cost to the Treasury, but make a huge difference to thousands of bereaved families.

Fair Funerals said: “It’s a missed opportunity on their part to not engage with the problems [that] charities, bereaved people and funeral industry experts are telling them cause so many problems for grieving people.”

Meanwhile, the Scottish Government is working on the development of a new Funeral Expense Assistance benefit, due to be introduced in Scotland by summer 2019.

Scotland’s minister for social security ,Jeane Freeman, said an estimated 2,000 more people would benefit from a move by the Scottish Government to widen eligibility for its Funeral Expense Assistance, as part of a 10-point funeral costs plan to combat funeral poverty.