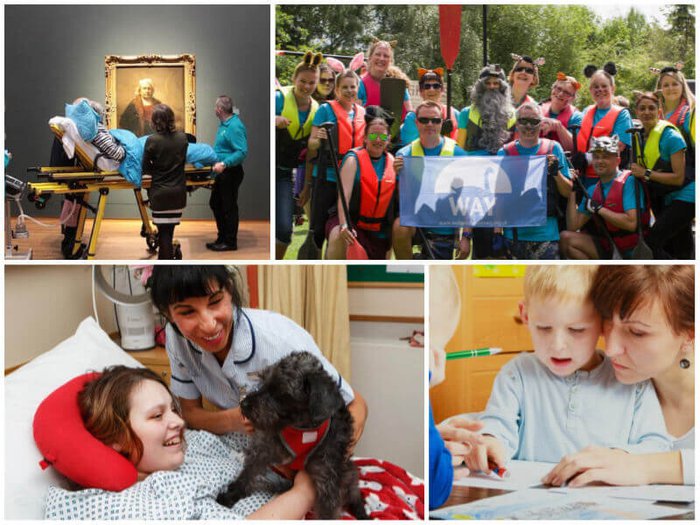 Bereavement charities and end of life organisations help hundreds of thousands of people every year. Whether your loved one has been given a terminal diagnosis, you’re supporting a grieving child, or simply need someone to talk to after a bereavement, these charities are there for you.

To mark the celebration of International Charity Day, September 5, we look at 10 of the many incredible charities doing important work in the UK, who all rely on the hard work of volunteers and generous donations to survive. 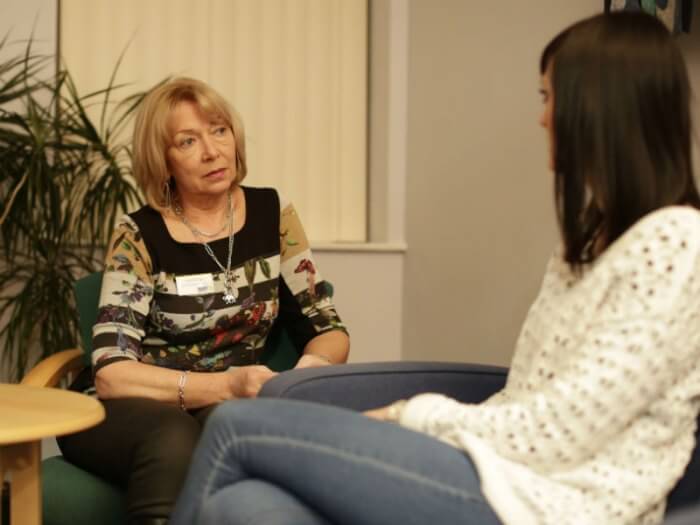 Marie Curie helps more than 50,000 people every year when a terminal illness turns their lives upside down. Marie Curie nurses care for people in their own home and they’re the largest provider of hospice beds outside the NHS.

Marie Curie is also there for their families, supporting them through pre-bereavement and after death. Through one-to-one supportive listening and counselling, the charity makes sure the family can access bereavement support whenever they need it.

“A lot of times, before a person dies, I meet the relatives and I can see all the anxiety they’re experiencing,” said Jane Murray, bereavement support service coordinator at Marie Curie. “When I have a conversation with them and explain to them that they’re grieving already, there is a look of relief on their face. It all makes sense then, why they’re feeling like they are.”

Find out how you can support Marie Curie and their work with terminally ill people. 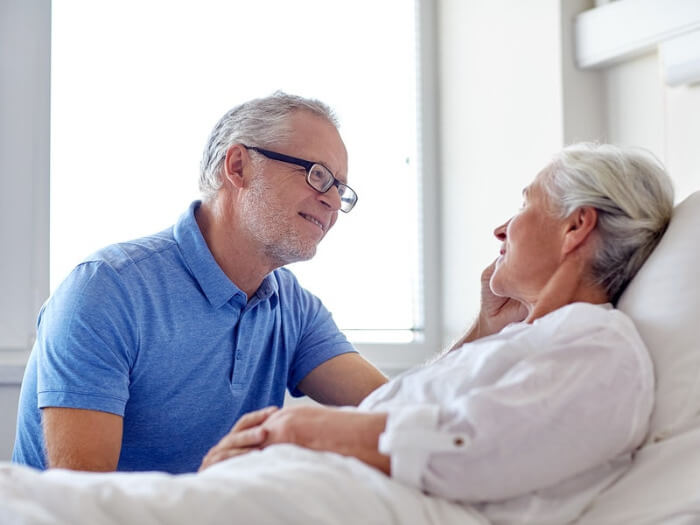 When David and Jane Nix lost their 21-year-old daughter, Rebecca, their decision to donate her organs and tissue saved and improved the lives of 74 people.

From their experience, the Donor Family Network was born, first as a support group in Birmingham and then growing to become a nationwide network of families who have lost a loved one and given the gift of organ donation. The charity also promotes organ and tissue donation so that more lives can be saved or transformed.

“It’s something families ought to talk about – it’s important when you are in shock and grief and can’t really think,” David said. “The majority of donor families around the world would tell you that donorship helps with the grief. It would have been a bigger tragedy for us if it hadn’t happened.”

Learn more about the Donor Family Network and how you can get involved. 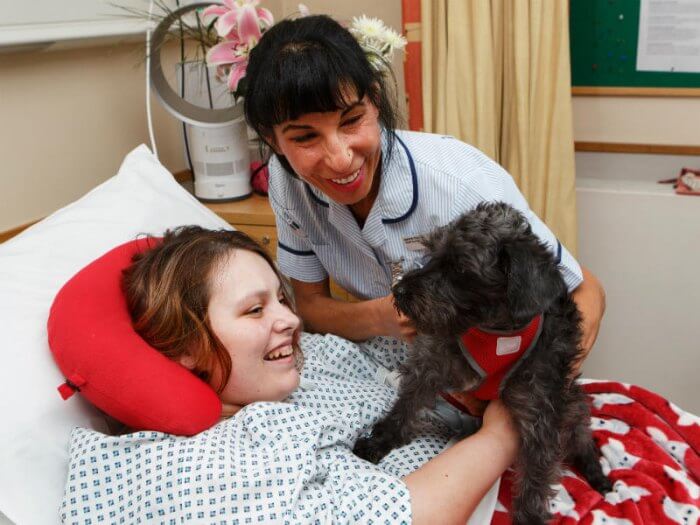 Around 200,000 people who are terminally ill receive hospice care every year. Hospice UK supports the hospices looking after people and is also behind a nationwide campaign, Open Up Hospice Care, to ensure everyone has access to quality end of life care.

“It’s family-centred care,” said Dr Ros Taylor, clinical director at Hospice UK, explaining how end of life care can be tailored to the wishes of patients and their families. “There’s a huge focus on communication. If time is short, the conversations are about what’s important to you, what are your goals and how can we help you achieve them. It’s not just about treatment.”

Their recent campaign, Open Up Hospice Care, is striving to reach those people who need [hospice care]((https://www.funeralguide.co.uk/blog/how-hospice-care-makes-difference) but are not receiving, due to a plethora of social barriers. It says those in deprived areas, people who are black or an ethnic minority, or LGBT, are most likely to miss out on the care they need.

Hospices rely heavily on donations and fundraising to keep providing palliative care, as only a third of their funding comes from the NHS. Find out how you can donate to Hospice UK and help the hospice care teams they support. 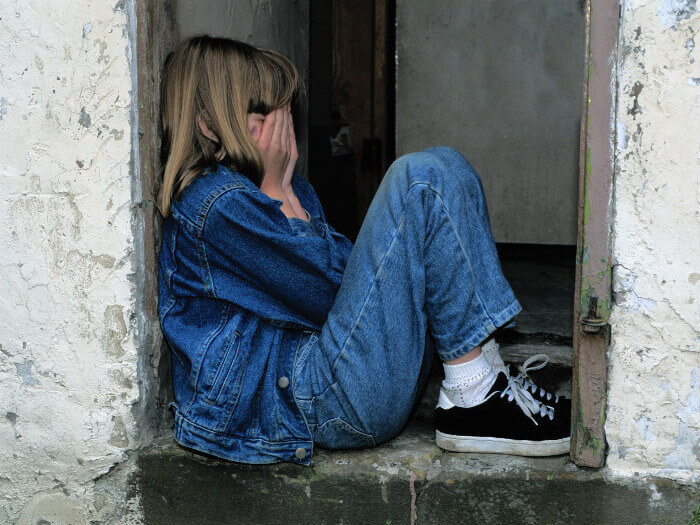 Every year in the UK, more than 41,000 children suffer the death of a parent. Bereavement charity Winston’s Wish is there to help children and young people through the pain and confusion of grief.

“Making sense of bereavement can be extremely difficult and confusing for young people,” said Sacha Richardson, director of family services at the charity. That’s why Winston’s Wish launched Help 2 Make Sense, an online resource for children and teenagers coping with grief.

The charity also offers practical support and guidance to children’s families and professionals. But every hour spent on the phone to a young person, carer or supporter costs the charity roughly £20 – and they rely on the amazing fundraising efforts of the public to keep offering guidance through grief. Find out how you can raise money for Winston’s Wish. 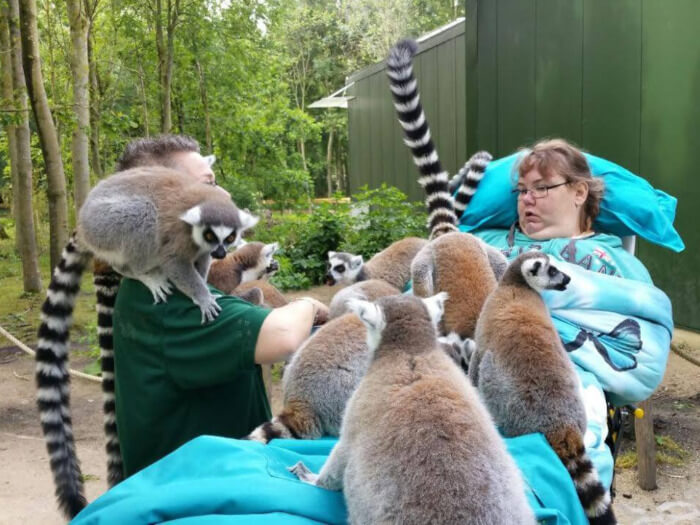 Originating in the Netherlands, the Ambulance Wish Foundation is relatively new to the UK, but has already made a real difference granting the dying wishes of people at the end of their lives.

The charity was set up by an ambulance driver called Kees Veldboer in 2007, after he helped achieve the final wish of a former sailor who wanted to sail on a ship one last time. Now the Foundation has a fleet of specialist ambulances that can help those in ill-health and confined to bed get out and about and do the things they want to do before they die.

Photos of people experiencing their last wishes have captured people’s attention on social media and with the charity now operating in the UK, they need vital funds to begin reaching out to those who need their services. Find out more on their Facebook page. 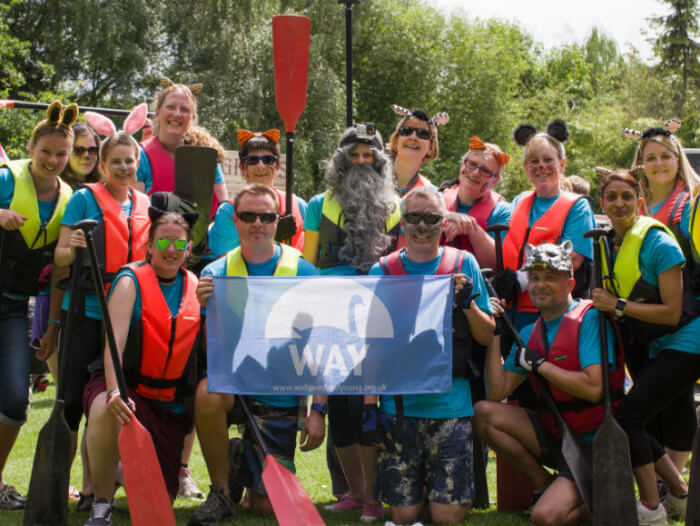 When your spouse or partner dies, life is changed forever. Bereavement charity Widowed and Young (WAY) is a support network for younger people who have experienced life-changing loss. It organises bereavement support, socials and weekends away, connecting widowed people with others who understand what they’re going through.

“Speaking to people who had been through the same thing, that’s the connection,” said Stuart Scarbrough , a dad of two and WAY member who lost his wife Kate when she was just 32. “Everybody gets it. They may be bereaved for all sorts of reasons, cancer, suicide, or accidents. Kids are a lot of the focus, but as you get to know people, we do adults nights, get a babysitter and have fun.”

With no Government support, WAY depends on membership fees, fundraising and generous donations to cover its costs. Find out how you can help Widowed and Young. 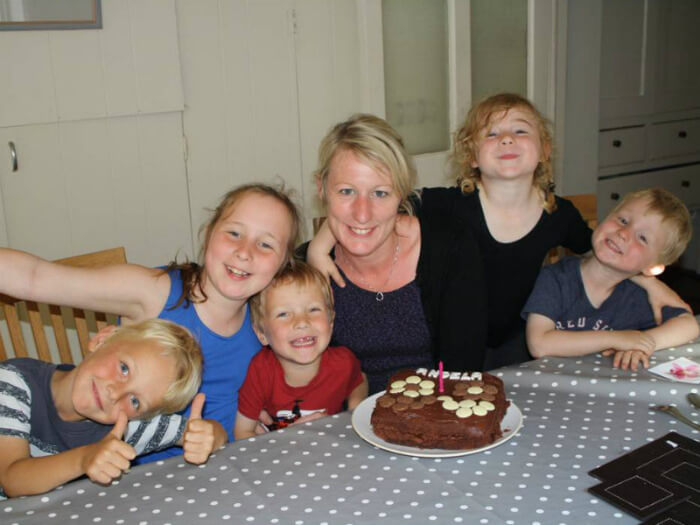 This leading bereavement charity offers support when a baby or child of any age has died or is facing the end of life, or when a child is coping with bereavement. Along with founding patron Julia Samuel, the charity has celebrity patrons such as Gary Barlow, Mary Berry and Alan Titchmarsh, with HRH The Duke of Cambridge Prince William as a Royal Patron – following in his mother’s footsteps, Princess Diana, who was a close friend of Julia Samuel and supporter of the charity.

Angela Robbins-Flowers (pictured above with her children) shared how Child Bereavement UK helped when she lost her husband, Sean, when she was pregnant with their third child: “Finding our way through the grief and shock was indescribably hard. Without the support and knowledge of organisations such as Child Bereavement UK, our journey would have been even more difficult.”

Learn more about their bereavement support and find out how to fundraise for Child Bereavement UK. 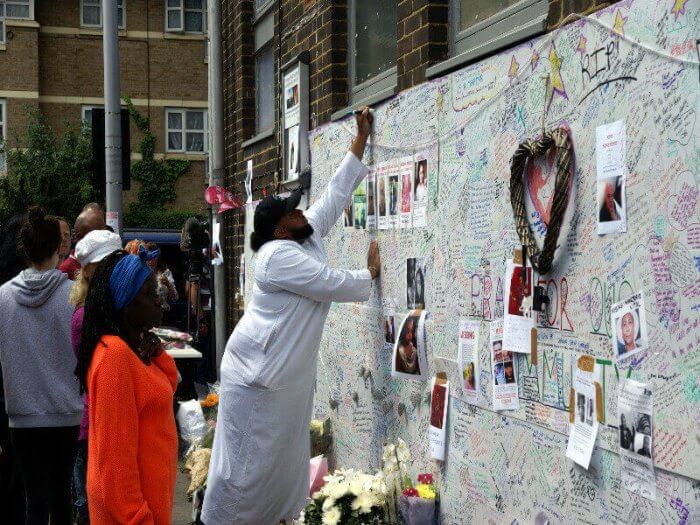 Grief Encounter is there to help children through bereavement, as well as support carers, teachers and family members who are looking after bereaved children and teens.

As part of their important ongoing work to support bereaved children, Grief Encounter has been instrumental in helping those affected by the Grenfell Tower fire, working in schools and local communities to help children process the tragedy.

The founder and president of the charity, Dr Shelley Gilbert MBE, visited Grenfell in person to see the impact of the tragedy: “My experience was an eye opener; even after the life-long personal and professional experiences of death and trauma I have experienced. One 10-year old described it as ‘the worst possible nightmare.’ All spoke of their world being changed overnight, in an unimaginably bad way.”

To keep providing bereavement support in the months and even years after this tragedy, Grief Encounter is urgently appealing for more funds.

9. Together for Short Lives 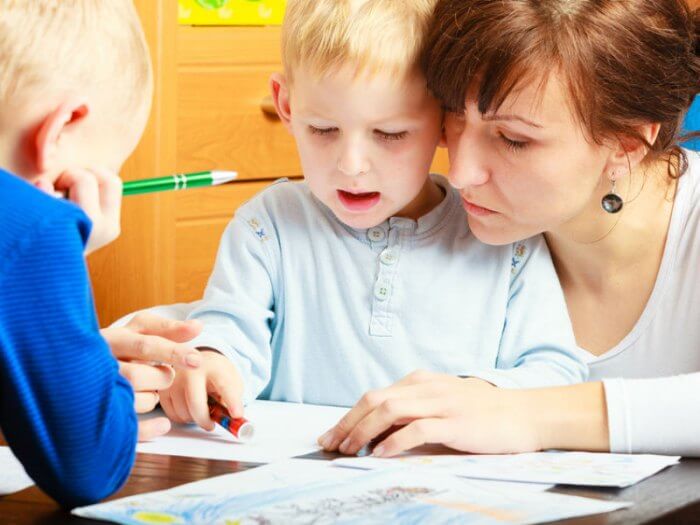 There are around 49,000 children in the UK living with a life-limiting or life-threatening illness – roughly one child in every school. Together for Short Lives supports the hospices and palliative care teams providing vital support to families caring for these children.

“As well as helping families to make the most of every moment, services also support families to collect memories that are meaningful,” says Jane Houghton, Together For Short Lives’ practice and service development manager. “This can be a really unifying experience for the whole family.”

The charity continues to be there for families who have lost a child.

“Many people assume that the role of children’s palliative care services comes to an end when a child dies,” says Jane. “In fact, care of the child and family continues through death and beyond.”

The charity has over 900 individuals, teams and organisations among its members, committed to supporting children and young people and their families. To continue to do so, they rely upon the generous support of the public through fundraising and donations. 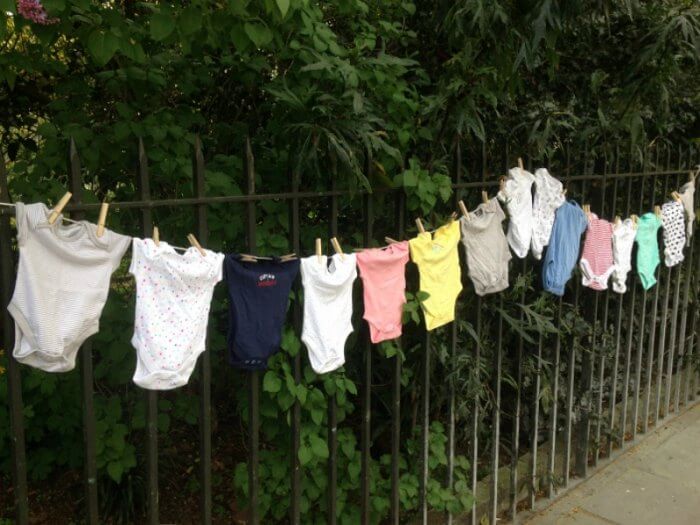 Sands supports anyone affected by stillbirth and neonatal death, works to improve support given to bereaved parents and promotes research to reduce baby loss.

On June 15 this year, Sands took to the streets of Britain’s cities, hanging out washing lines with baby grows pegged on them to symbolise the 15 babies that die before, during or soon after birth every single day in the UK. Although the number of infant deaths has fallen in recent years, the UK is moving “three times slower” than some other European countries to reduce the rate of baby deaths.

Sands chief executive Dr Clea Hammer said the campaign aimed to promote awareness of baby loss and “encourage the public to talk about baby death, which is often a taboo subject.”

The charity relies on fundraising to continue important research and provide support for grieving parents.

Find more bereavement support organisations that can help you and your loved ones if you’re coping with grief.