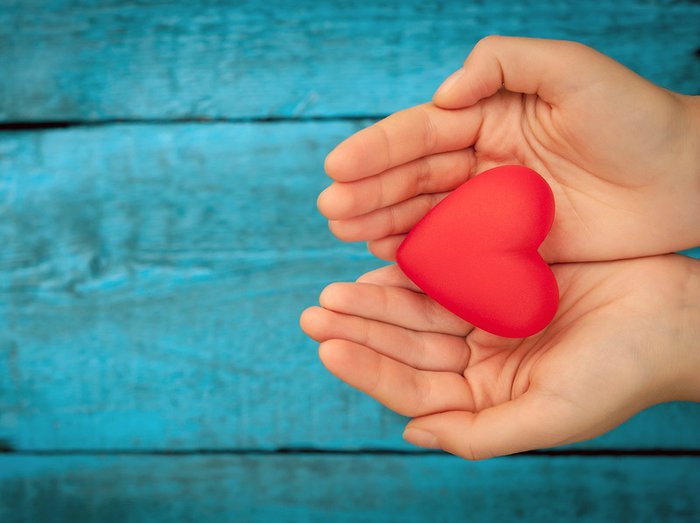 “A lot of people say, weren’t you brave? But I say no,” says David Nix.

“What is brave is when you are facing a heart or liver transplant without which you are going to die and then going ahead with a transplant, not knowing what will happen.”

On the day in 1996 when he learned his daughter Rebecca had been killed in a car crash overseas, the former policeman knew he had to fulfil a promise he’d made when she was just a little girl.

“When she was seven,” he explains, “she told us, if anything happens to me, I want to become a donor. And we said of course, but nothing will happen. Then, when she was 21, it did.”

Rebecca had been working as an au pair looking after three young boys in America, when the car she was driving to collect them from school crashed head-on into another, killing her instantly.

When a friend called to break the news to David and his wife Jane, they remembered Rebecca’s wish and the organ donor card she’d carried with her for years. David immediately contacted the Hartford Hospital in Connecticut, where Rebecca had been taken.

“From the moment they said she could become a donor, it gave us comfort – and still does to this day,” he says. “It would have been far worse for us if we had not donated.”

“People don't have anyone to rationalise with”

Although Rebecca’s heart, lungs and liver couldn’t be used because they’d been starved of oxygen, her eyes, heart valves and sections of skin and bones were used in procedures which saved and transformed the lives of 74 people.

“You can’t change what’s happened to you, but you can make it a positive experience, because so much good comes out of it,” says David.

Despite the comfort that he and Jane took from this, the couple felt isolated in their grief following their bereavement.

“Grief is individual to all, but donation grief is different to ‘natural’ death, because invariably it’s a premature death and someone’s child, be they aged 30, 40, or 50,” explains David.

“The natural course of life is that you die before your children. It’s a different grief to deal with, as everyone is conditioned to the idea that their parents or partner will die, but not your children.

“When we became a donor family, it was like we were in a closet. We found out very quickly that donor families couldn’t relate to a lot of bereavement organisations that do a great job, but don’t really deal with donor families.”

And so the Donor Family Network began. Now a fully-fledged charity, it began as a support group in the Nix’s home-city Birmingham, and within 12 months had become a nationwide network that now has members all over the world, including France, Spain, Australia and the U.S.

“It exists for two reasons: to support donor families and to promote organ and tissue donation,” says David, who is a trustee of the charity Transplant Sport, which supports organ transplant recipients and also raises awareness of the need to donate organs and tissue.

The Donor Family Network regularly holds meetings. “The hardest thing for most of them is to take that step and come in and join us,” says David.

“Talking is therapeutic and within the groups, they can talk about their experience with a family who understands.”

David says that he didn’t feel the need for professional counselling after Rebecca’s death, saying: “My occupation stood me in good stead.

“As a police officer for 30 years, I’d seen a lot, including the Birmingham bombings. My wife was a nurse and I could talk to her and she could talk to me. But with some families, the husband can’t talk to the wife, because his emotions are bottled up, or vice versa. We’re really only just moving out of an era where men couldn’t show grief.

“We support people of all ages and from all walks of life. I normally get the ‘difficult’ men,” adds David wryly.

“I’m fortunate, because I consider myself a rational man, but a lot of people just don’t have anyone to rationalise with.”

The Donor Family Network also puts members in touch with others who were bereaved in similar circumstances and are further down the line in adjusting to life without their loved one. It also sits in on key NHS stakeholder meetings, raising awareness among healthcare professionals about the needs of bereaved families for support following organ and tissue donation.

“I only know a few people that have regretted it, but that was because of how they were treated,” says David. “Certain practices are now changing because we went to London to make very strong points and were listened to.”

The bereavement charity holds an annual Precious Gift Service to remember their loved ones. This year, it will be held on September 10 at the National Memorial Arboretum in Staffordshire, where last year the Duke of Gloucester unveiled a monument in memory of organ and tissue donors.

“It’s so bright. It’s a butterfly sitting on a forget-me-not – our logo. The forget-me-not is a symbol that no donor is forgotten, and the butterfly represents new life.”

"So many people want to say thank you to somebody"

Another important annual event for donor families is the British Transplant Games, being held July 27 - 30 in Lanarkshire. David was the first member of a donor family to attend the games, in which people who have gone through an organ transplant participate, when they took place in Birmingham in 1999.

“Now I’m on the board of games and donor families are an important part of the celebrations and present the medals,” he says.

“So many people want to say thank you to somebody. It doesn’t have to be their own donor’s family.”

According to the NHS organ donor registration scheme, there were more than 6,500 people waiting for an organ transplant across the UK in 2016. Around 1,000 people die in need of someone to donate organs each year.

Sometimes though, like Rebecca, people die in circumstances which make organ donation impossible, despite their wishes. Yet donor tissue including skin, blood, bone, heart valves and corneas can also be a life-changing legacy, just as it was for the 74 strangers that received hers.

Grateful letters from the hospital revealed that among them were a 24-year-old man and a 41-year-old woman who had their sight restored with Rebecca’s corneas, while her skin was grafted onto children who had suffered severe burns.

In heartbreaking and often shocking circumstances, no decision is easy. David says he is not an advocate for the so-called soft opt-out organ donor scheme.

Introduced in Wales in December 2015, anyone living there who has not opted out through Organ Donation Wales, is regarded to have given ‘deemed consent’, even if they haven’t registered to become an organ donor.

“I don’t think the British psyche is ready for that and you can never tell a Brit what to do,” says David.

Instead, he believes that communication is key to encouraging people to become an organ donor, with events like the Transplant Games a wonderful way to celebrate how the legacy of organ and tissue donation can transform lives.

“You have to keep in the news and the public eye and work to make people aware of the right reasons to donate,” says David.

“My personal opinion is that donorship is a subject which should be taught in schools because the young will teach the old.”

Above all, he says, families should talk things over, so that if it comes to making a quick decision in the most difficult of circumstances, people can be sure they will be fulfilling a loved one’s wish.

“It’s something families ought to talk about – it’s important when you are in shock and grief and can’t really think,” he says.

“The majority of donor families around the world would tell you that donorship helps with the grief. It would have been a bigger tragedy for us if it hadn’t happened.”