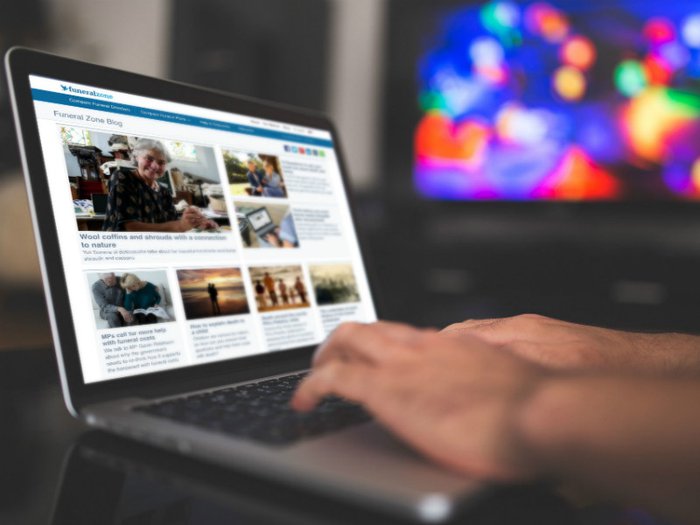 Funeral Guide is celebrating another milestone as it publishes its 100th blog post. Launched in May of this year, the Funeral Guide blog covers a wide range of end of life topics, including funeral trends and customs, coping with grief, and key issues affecting the bereaved in the UK.

Over the course of 100 blog posts, Funeral Guide has talked to key figures within the funeral profession and beyond, discussing many important issues that are influencing how we deal with death in Britain.

In September the blog covered the latest funeral poverty news, with MPs calling for better financial support for the bereaved. MP Gavin Robinson spoke to Funeral Guide and discussed why the Social Fund Funeral Payment is not meeting the needs of lower income families and individuals.

Professor David Mosse also spoke to Funeral Guide about the impact of being bereaved by suicide and how he found help through Facing the Future support groups. David shared his experience of coping with the death of his 23-year-old son and how Samaritans and Cruse Bereavement’s suicide support groups helped him.

Other interviews included talking to Brian Parsons about the profound changes to the British funeral industry over the course of the two world wars. We spoke to Reverend Canon Doctor Sandra Millar and award-winning celebrant Reverend Juliet Stephenson about what to expect at a Church of England funeral. We also talked to Toby Scott of Dying Matters about the importance of effective bereavement support in the workplace.

As part of Funeral Guide’s mission to help the bereaved, the blog offers regular articles on dealing with grief, or offering support to those who are grieving. As well as highlighting overlooked types of bereavement, such as grief after miscarriage and pre-bereavement. Other posts offered advice on how to explain death to a child, tips on expressing your emotions, and what to expect from bereavement counselling.

The blog regularly takes a look at funeral culture around the globe. The ‘Death around the world’ series, published every other Friday, explores different countries’ death rituals and funeral traditions. So far we’ve explored Mexico’s colourful Day of the Dead, the all-singing, all-dancing festival of Obon in Japan, honouring ancestors in India, and how the Chinese use ‘hell money’ to help the spirits of the dead.

The blog also takes a look at funerals more generally, such as an exploration of how funerals help us grieve and how death rituals have pervaded human culture since its very beginning.