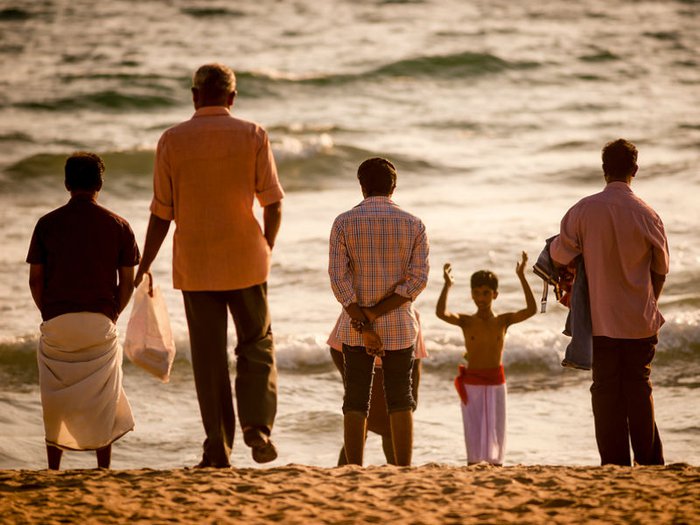 Hindu beliefs about the afterlife mean that mourning ceremonies don’t stop once the funeral is over. The Hindu festival of Pitru Paksha, also known as Pitri Paksha, is celebrated every year in India and other Hindu countries. Pitru Paksha is 16 days of rituals, offerings and prayers designed to ensure that loved ones who have died will be provided for in the afterlife.

Legend has it that after death, the soul enters a place called Pitru-loka, a spiritual realm between heaven and earth. The souls of the three preceding generations of each family inhabit Pitru-loka, with the oldest generation leaving to go to heaven when a member of the next living generation dies. Yama, the god of death, rules over Pitru-loka. Yama is often depicted as having blue skin and riding an ox.

It is believed that at the beginning of the 16 days of Pitru Paksha, when the sun enters the zodiac sign of Libra, the spirits of the ancestors leave Pitru-loka to return to the family home of their descendants. The visiting spirits must be welcomed and fed so that they will bestow blessings upon the family. 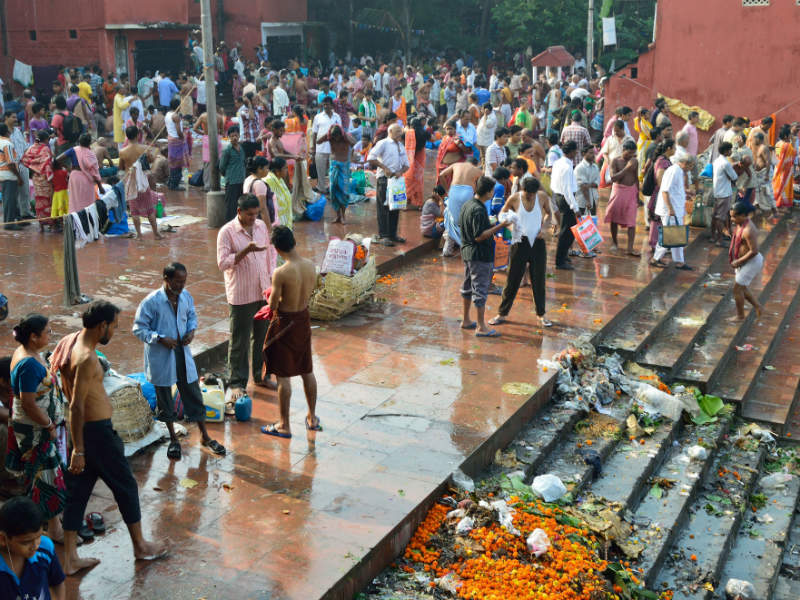 Men gather beside the river to bathe before performing Shraddha. Photo by Biswarup Ganguly.

During the festival of Pitru Paksha, family members must perform rituals known as Shraddha, as a way of offering food and water to the spirits. This ritual ensures that the spirits of the ancestors are looked after in the afterlife and can progress into heaven. Hindu scriptures also say that if the ancestors are pleased with the Shraddha they receive, the family will be blessed with health, wealth and spiritual salvation. Many Hindu Indians make a pilgrimage to the holy city of Gaya, to perform Shraddha on the banks of the sacred River Phalgu.

The tradition of giving Shraddha is based on the story of King Karna, son of the sun god. When Karna died and went to Pitru-loka, he found that he was given only gold and precious gems to eat, as this was the only gifts he gave during his life. Yama allowed Karna to return to the world of the living for 16 days in order to feed the poor and make offerings to his ancestors. This meant that Karna was also fed and watered in the afterlife.

Traditionally, only the eldest living son of each family would perform Shraddha. However, nowadays it is becoming increasingly common for women to perform Shraddha, or for the whole family to be involved in the ritual.

Shradda must be performed for an ancestor on a particular lunar day within Pitru Paskha, depending on how and when they died. For example, the fourth and fifth lunar days are for people who died in the last year. The ninth lunar day is for married women who died before their husbands. The twelfth lunar day is for children, and the fourteenth for victims of violence. 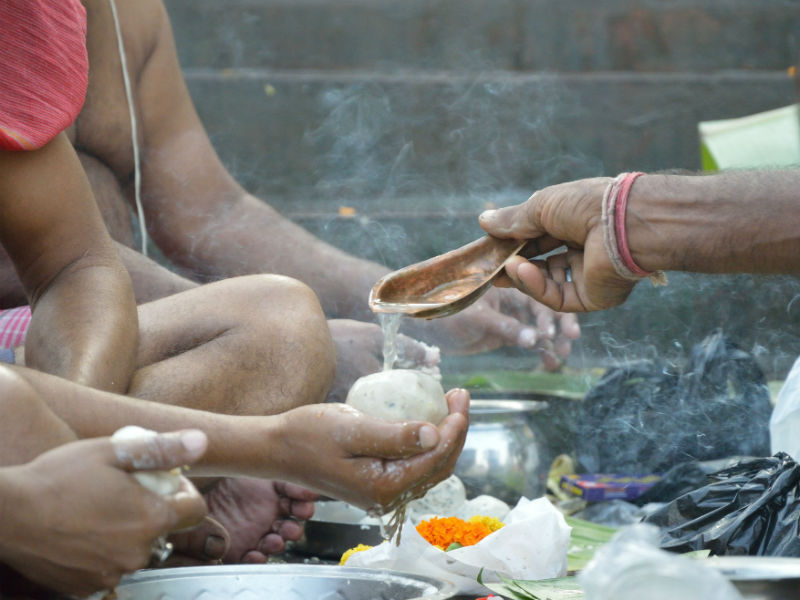 Hindus perform Shraddha, offering rice balls and water to the gods and their ancestors. Photo by Biswarup Ganguly.

Before Shraddha, participants take a purifying bath, often in a river or the sea. Traditionally, men wear a dhoti, a trouser-like cloth garment, with a bare chest. Then the ritual can take place, usually overseen by a Hindu priest.

Food offerings are given, usually cooked in silver or copper vessels, or placed on a banana leaf. Food given includes rice balls, lentils, spring beans, lapsi (a kind of wheat porridge), and pumpkins. The ritual may involve chanting, reciting the names of ancestors and praying to the Hindu gods. If a crow eats the food, it is considered that the ancestors have accepted the offering, as crows are messengers from Yama.

Tarpan is the act of offering water to ancestors, often by pouring it through the hands. The ritual can be quite elaborate, including facing different directions and reciting specific prayers.

Throughout the period of Pitru Paksha Hindus often follow other traditions, such as not shaving and not eating meat. It is also considered unlucky to begin a new venture during this festival, such as moving to a new house, getting married or completing a business deal.

The final day of Pitru Paksha is the most important. It is known as Sarvapitri Amavasya or Mahalaya, and is a day for all ancestors. If a Hindu has forgotten or been unable to perform Shraddha on any other day, performing the ritual on this day will make up for it. 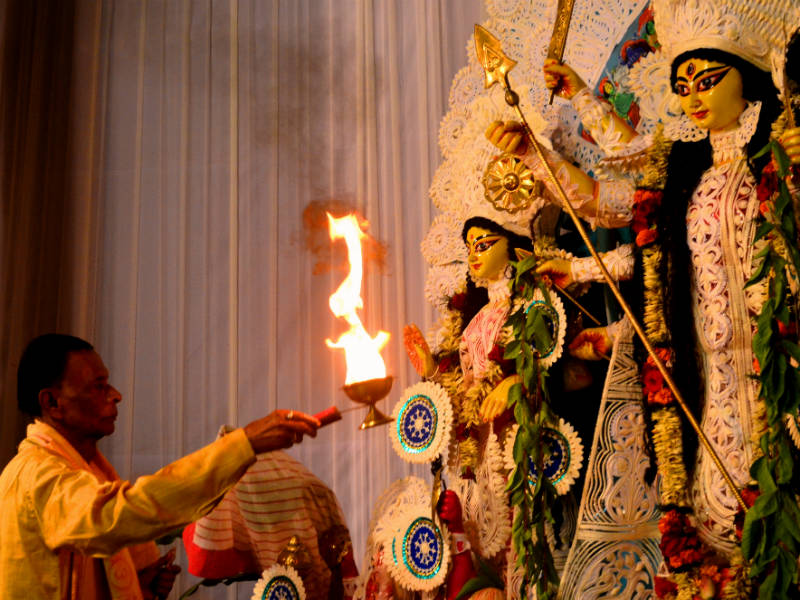 Mahalaya welcomes the goddess Durga and signals the end of Pirti Paksha. Photo by Abhishek Shirali.

The last day of the festival also signals the beginning of the festival of Durga Puja, which involves the ceremonial worship of the mother goddess Durga. Durga represents the source of all power, and is depicted with ten arms and riding a lion. Mahalaya is the invitation to Durga to come down to earth in time for the Durga Puja festival, and it concludes the festival of Pirti Paksha.