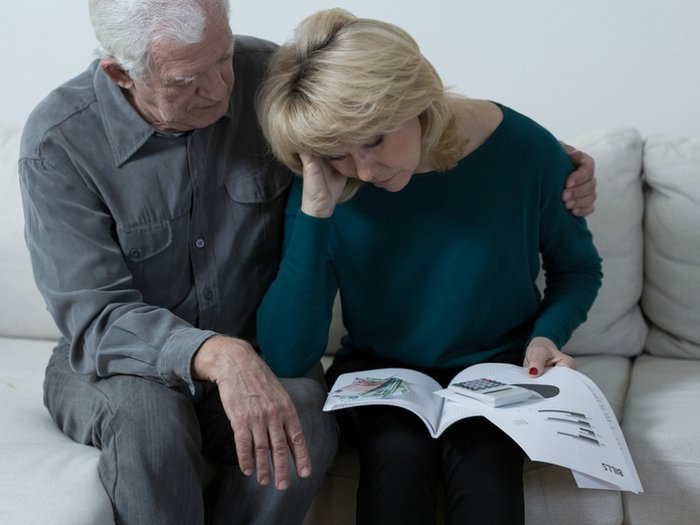 After the death of a loved one, the last thing you want to have to think about is money. Yet, for many people in the UK, paying for a funeral is a huge worry, and now MPs are challenging whether the government does enough to help with funeral costs.

Increasingly, bereaved families and individuals are relying on payday loans, credit cards and borrowing money from friends to pay for funeral costs. According to a poll commissioned by Funeral Guide, people borrow an average of £2,200 for a funeral, taking an average of two and a half years to clear the debt.

The government does have schemes in place to help with funeral costs. The Social Fund Funeral Payment is available to those who are already receiving income-related benefits, and can help cover the cost of some basic fees, as well as up to £700 for funeral director services, flowers and the coffin. Between 2013 and 2014, according to official government figures, an average award of £1,347 was given out via this funeral grant scheme.

However, for many families this payment does little to meet the cost of a funeral. In a parliamentary debate on 14th September, Gavin Robinson, MP for Belfast East, described this gap as a “huge disparity between the need that people have...and the support that the government is prepared to offer them.”

Gavin Robinson spoke to Funeral Guide to further explain why the government needs to reassess its stance on support for the bereaved.

“In 2003 the government froze discretionary spend at £700. That £700 is worth considerably less now,” he explained. “The support has decreased in real terms.

“Secondly, the total amount spent on government support has decreased. The government is spending less and a bigger burden is being placed on individuals to pay for the funeral of a loved one, and on local authorities to provide public health funerals.”

Furthermore, many lower income families may narrowly fail to meet the assessment criteria for the Social Fund Funeral Payment. Between 2013 and 2014, there were 59,000 applications, but only 58% were successful. This meant that thousands of families missed out on financial help and may have had to take on debt to foot the bill for a loved one’s funeral.

For Gavin Robinson, the solution lies in not only increasing the maximum amount offered, but also making everyone aware of what help they are entitled to: “The government needs to increase the limit, and be clearer about eligibility. They think that people should make provision, but how much provision for funerals can people make if they are receiving benefits?”

During the debate, SNP MP Alan Brown pointed out that not only are costs rising and support decreasing, the processing time for receiving Funeral Payments can be five to six weeks, forcing the bereaved to commit to funeral arrangements before knowing how much financial help they will receive. This may be because of dramatic staff cuts within the Department of Work and Pensions.

In conclusion to the parliamentary debate, Caroline Nokes, Conservative MP and Under Secretary of State at the Department for Work and Pensions, responded to the issues raised by reiterating the support the government already offers:

“Bereavement is of course a very difficult time, and it’s one of the toughest experiences that any individual or family will face. The debate has raised very many important questions about how the government can best support the bereaved and very vulnerable people who are going through this.”

She continued: “Despite the current economic uncertainty and pressures for savings, we have protected the £700 limit for other costs people face. However, we know that in the majority of claims the other funeral costs exceed the £700 limit.”

Caroline Nokes went on to suggest interest-free social fund budgeting loans as an alternative for those who find the Social Fund Funeral Payment to be not enough.

She added that strategies to improve support, such as quicker confirmation of eligibility for the Funeral Payment, are being explored. There was no mention made of a potential increase in the discretionary spending limit of £700.

Speaking to Funeral Guide, Gavin Robinson called the minister’s response “disappointing” and said, “It was the kind of compassionate language you’d expect, but the content was dismissive.”

He added, “This is a UK-wide phenomenon and all indicators are that the problem will get worse.”

As Labour MP Debbie Abrahams said at the debate: “We are not in Victorian days — we are the fifth richest country in the world, and there is this increase in paupers’ funerals...this is 21st century Britain and the situation is quite scandalous.” She added: “There is a silent epidemic of funeral poverty.”

It seems that for now that £700 limit will stay firmly in place, but other options to make the current payment more effective are being explored. In the meantime, says Gavin, it’s a matter of raising awareness and keeping pressure on the government to give the best support possible to those who have lost a loved one.

You can watch the full parliamentary debate online, or read more about finding help with funeral costs.