Helping the bereaved face the future after suicide 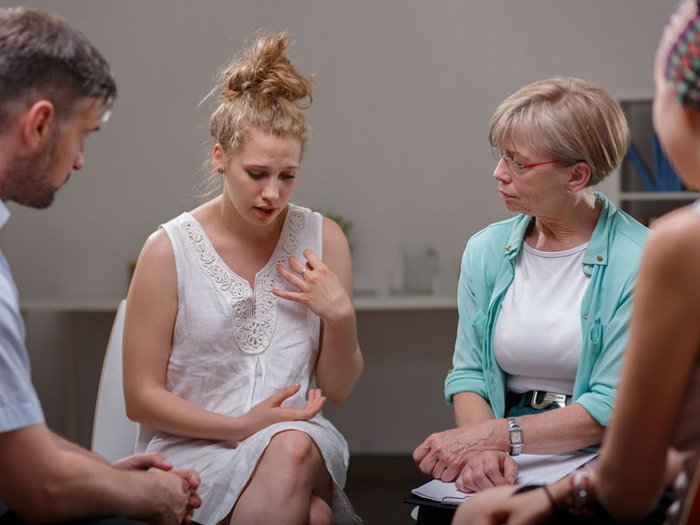 “One of the most dangerous things about bereavement by suicide is isolation. Getting out, being with others and finding another point of view can be enormously helpful. It’s like opening a window onto a very closed, stuffy room.”

Professor David Mosse lost his 23-year-old son to suicide in 2010. He describes him as an “ambitious, admired and successful person”, whose severe depressive illness went undiagnosed.

“He had no clear history of mental health problems,” David says. “He was a perfectionist and he wouldn’t have wanted anybody to join up the dots. He would have been very frightened at losing control, of being taken into mental health care, given the surrounding social stigma around mental health. So he was quite careful about who knew about what was happening, and many of the people who could have known, didn’t. No one knew that he was suicidal.”

The topics of suicide and mental health have been cloaked by stigma and ignorance for far too long, despite having a profound impact on thousands of people’s lives. Statistics from Samaritans, on the UK and Republic of Ireland, show that more than 6,500 people in 2014 took their own life* and suicide is now the biggest cause of death for men between the ages of 20 and 49.

A recent social media campaign by The Campaign Against Living Miserably (CALM), using the hashtag #ItsOkayToTalk, has highlighted this shocking statistic. The hashtag has been shared by hundreds of thousands of Twitter users across the globe, including many celebrities. It’s an important step forwards in raising awareness of suicide and how it can be prevented.

Although preventing suicide is vital, there also needs to be good support structures in place for those people who have lost a loved one to suicide. Cruse Bereavement, the UK’s number one bereavement support charity, and Samaritans, which provide a helpline that anyone struggling to cope can call for free anytime, have now come together to provide a bereavement support group programme called Facing the Future. There are currently six pilot groups in Yorkshire, East Sussex, Tyneside, Essex, West Midlands and Devon, and a permanent group in London.

“The support groups are a space where people can meet other people bereaved by suicide, and share their experiences and feelings,” explains Diogo Duarte, project manager for Cruse Bereavement and Facing the Future.

“The groups are facilitated by two volunteers – one from Samaritans, one from Cruse Bereavement Care. I guess that’s what makes our services different from anything else that’s out there, because you have Samaritan’s suicide prevention expertise and listening skills and Cruse’s experience of helping people cope with bereavement in the same room.

“It’s particularly relevant for people bereaved by suicide because they are at more risk of suicide themselves than the rest of the population. So that’s why it’s so important to have the expertise of both.”

Diogo explains that participants must be over 18 and it must be at least three months since the death of their loved one. “The rationale is that anything before three months, people would still be in shock. It might be too early for them to be in a group and talk openly about their feelings and what happened in front of other people. Obviously we have a duty of care toward them. We don’t want to do more harm than good.” All potential participants are contacted by telephone beforehand by a volunteer to discuss whether they are ready to attend a group.

Professor David Mosse attended a Facing the Future pilot group in the autumn of 2015, after several years of one-to-one therapy and peer support groups.

“The early one-to-one support was very important, then after a period of time I also joined the Facing the Future group,” David explains. “That was a different experience, connecting with other bereaved people in a slightly different way. It’s the same group of people for six weeks, so there is a sense of a continuing story. You can pick up one week where you left off the last week, and you get to know other people’s stories and tragedies in detail.

“That extraordinary power of shared experience is what makes it work. I found that enormously helpful.”

One of the most common emotions after suicide is that of self-blame, as David explains: “You are always asking the question not just ‘Why did my child die?’ but ‘Why was my child not stopped? Why did I not see the warning signs? Why did I not know that this was happening or might happen?’ All of the ‘if only’ thoughts – things that could have been done, or might have been done.”

David feels that group therapy can help those bereaved by suicide cope with these intense feelings of self-blame. “You see that you’re not blaming others who have been in the same situation that you are in,” he says, “Actually being with others has the therapeutic effect of learning to be kinder to yourself.”

The Facing the Future groups give those bereaved by suicide a unique space to share and communicate with each other. Though the experience may be daunting at first, David says that it can be a vital way of connecting with others at a time when you feel most alone and disconnected.

“On the one hand, when you’ve faced this trauma, especially in the early days, you enter into an extraordinary place of vulnerability, self-doubt and anxiety. You feel stripped bare. Talking isn’t easy. However, talking to people who have the same experience removes a lot of that anxiety, because you’re in the company of people who actually do understand.

“The groups are an environment in which you have a connection to a shared tragedy, which in itself is a very liberating space, where communication is much easier. People might be apprehensive of going to a group, but you may find that many of your fears and apprehensions are unfounded.”

The pilot scheme has received its first evaluation report and early indicators show that the groups are making encouraging progress: “Much of the very positive feedback we’ve received seems to be around how great it was to finally be able to open up and share these feelings that they’ve bottled up for a long time,” said Diogo.

“What I hear all the time is how different bereavement by suicide is to other types of bereavement. We have had clients in the past bereaved by cancer and many other things, but this type is different. They feel like they can’t speak to anyone, either because of the stigma or because they don’t know anyone else who could possibly understand. So to come to a support group and meet seven others who are dealing with the same emotions and feelings, it’s quite freeing for them.”

If you are interested in taking part in a Facing the Future support group, you can see if there’s a group near you and register online at www.facingthefuturegroups.org.

For more bereavement support, or if you need advice on coping with the death of a loved one, contact Cruse Bereavement online, or by calling their national helpline service on 0808 808 1677.

Whatever you’re going through, you can also call Samaritans free any time, from any phone on 116 123. You don’t have to be suicidal to call them. For other ways to get in touch, or for more information, you can go to www.samaritans.org.