Past and present: 10 funeral rituals remembering the dead 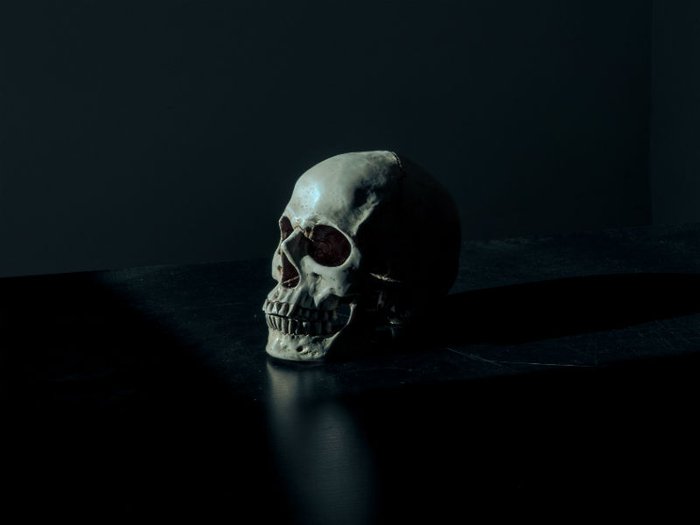 Photo by Mathew MacQuarrie on Unsplash

Lindsey is a post-doctoral researcher on Continuing Bonds, a project underway at the University of Bradford and LOROS Hospice in Leicester. The project is exploring how funeral rituals from the past could help people become more open to talking about death, dying and bereavement, today.

Here, she takes a look at 10 ancient and modern death rites and funeral traditions, which show how people have maintained relationships with loved ones when they die.

As Halloween approaches, the shops fill with plastic pumpkins and witches hats, ready for boozy parties and trick or treaters. On the other side of the world, however, our Western ‘scare-fest’ takes on a very different tone.

The Mexican Día de Muertos, or Day of the Dead, has deep historical roots, and is a tradition which celebrates the dead, rather than relegating them to the stuff of nightmares.

Families hold candle-lit vigils at the graveside and place food for the returning dead in their houses; a preoccupation with keeping the dead close to world of the living, not separate from it.

Día de los Muertos represents just one example of attempts to maintain continuing bonds with the dead – a theme which emerges prominently in many death rites across the world both past and present, and in our own society today.

We know of around 90 plastered skulls from the Neolithic Middle East (modern day Syria, Jordan and Turkey), dating back to 8,500–7,000BC.

People were buried beneath house floors and, after their body decomposed, their skull or cranium was retrieved. Their faces were recreated using plaster, with shells sometimes inlaid for eyes, and other facial details added with pigment.

Many of the plastered skulls, were eventually reburied, and archeologists have noted that they show signs of breakages and repair, suggesting that they were frequently handled by living relatives over long periods of time.

Throughout the Middle Ages, saints’ relics formed the focus for lengthy pilgrimages across Europe. They were divided into three ‘classes’, from least auspicious to most sacred.

Third-class relics were those that had come into contact with a saint, while a second-class relic was an object said to have been owned or frequently used by a saint.

A prized first-class relic was the physical remains of the saint, or a part of their body. Heads, hands and feet were particularly popular. These relics were often said to be able to cure the sick, and are still venerated across the world today. 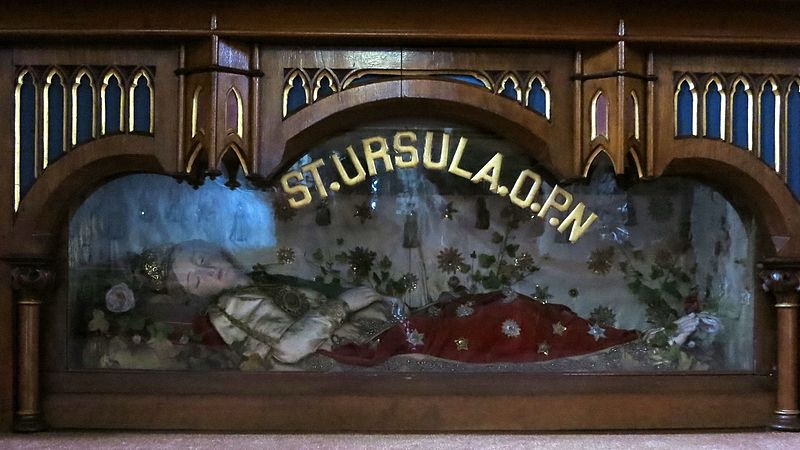 Ghost Bikes are roadside memorials to cyclists who have been killed in road traffic accidents. Their central motif is a real bicycle, which has been painted white. The first recorded ghost bike appeared in 2003 in St. Louis, Missouri, with a message that read: ‘cyclist struck here.’

Other memorials can include candles, flowers and photographs. These monuments serve to not only memorialise the dead, but to mark the exact place of that death and as a warning to others (cyclists and drivers alike).

Often, they form the focus for ‘memorial rides’, such as New York's annual Five Boro Bike Tour; held not only in remembrance of those who died so tragically, but to serve as a platform for discussions around road safety.

Egyptian mummification was borne out of the belief that in order to enter the afterlife, the dead person would have to repossess their body. To enable this, their body needed to be recognisable.

The embalming process was a skilful and expensive one, requiring removal of the internal organs (lungs, intestines, stomach and liver) and placing them inside ‘canopic’ jars. The linen, spices, perfumed oils and salt required during the mummification process would have been costly and ‘exotic’. The Greek historian Herodotus describes differertmummification processes.

The development of photography in the nineteenth century provided new ways to memorialise the dead and the emergence of the ‘death portrait’ (initially only for the rich, though later also for the lower classes).

Death portraits were photographs of people who had recently died, dressed and posed to look as though they were still alive. Quite often, they were accompanied by their living family members in the photographs, with small children often perched on their parent’s knee.

In recent years, emerging technologies have increased the diversity of ways in which we can keep the physical remains of the dead close to us.

Recognisable body parts would be upsetting in many cultures today, but the transformation of cremation ashes into diamonds, or their incorporation into tattoo ink, transforms the dead in portable works of art. 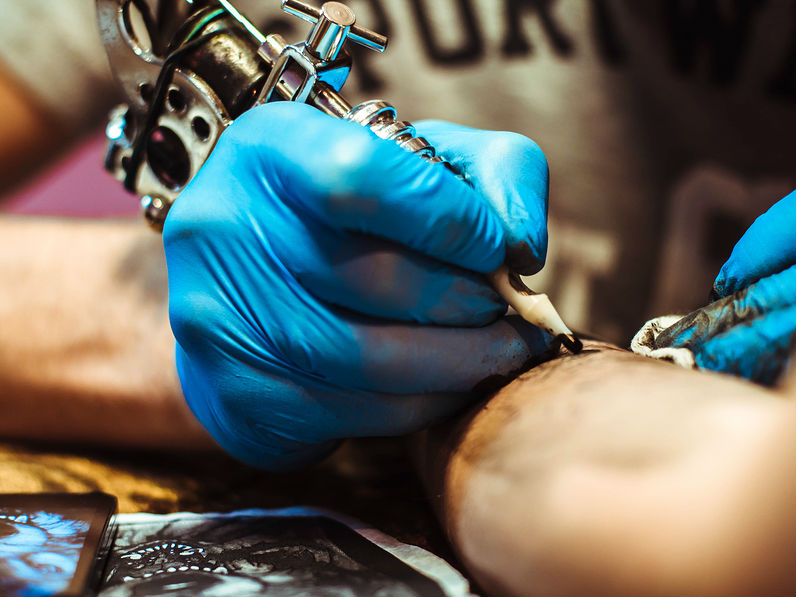 On the island of Sulawesi in Indonesia, the death rites of the Torajan peopleculminate in elaborate and expensive funerals. It can often take years to accrue the necessary money and resources for these ceremonies, during which time the dead are kept within the houses of the living, where they are fed, watered and tended to.

In some Torajan communities, interred relatives are brought out of their tombs on an annual basis, in order to refresh their clothing and burial shrouds.

Famadihana is a funerary tradition among the Malagasy people in Madagascar. Known as the turning of the bones, and carried out roughly once every seven years, the bodies of the dead are brought out from family crypts, rewrapped in fresh cloth, and held aloft by friends and family who dance with the bones to music.

The ritual serves also to bring extended families together, even those with troubled relations, whose past tensions are put aside. 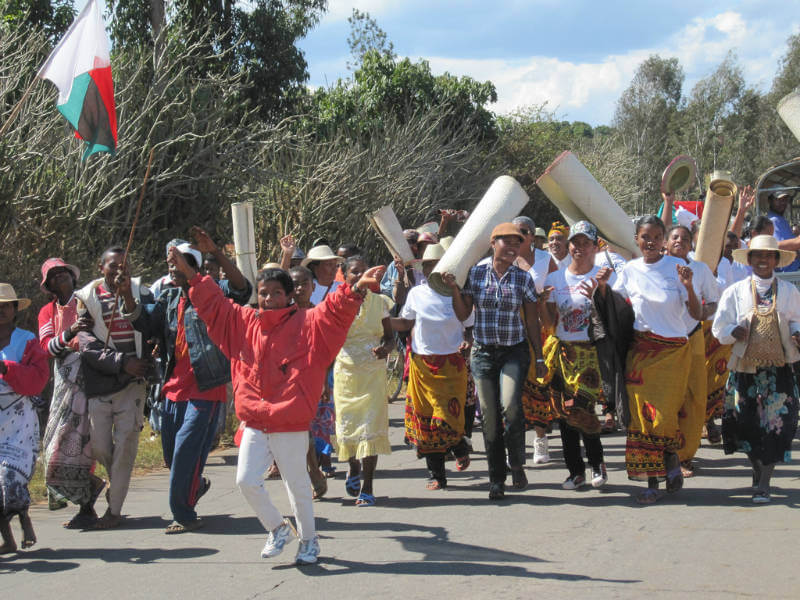 Mourning jewellery is known from the Middle Ages, but flourished in the nineteenth century as part of wider trends in mourning practices popularised by Queen Victoria. Mourning jewellery (including rings and brooches) often bore the name and date of death of an individual, but also frequently part of their physical remains, such as a lock of hair.

Hair has, in folklore, often been regarded as retaining the essence of an individual and is therefore particularly fitting for inclusion in mourning jewellery. Hair could also be very decorative and, in more expensive pieces, was twisted into elaborate designs and surrounded by fittings set with precious stones.

There are currently an estimated 30 million people whose virtual Facebook profiles have outlived them – a figure which is only set to increase. These legacy profiles often become a focus for living relatives, not only in comforting one another, but also for engaging in virtual conversations with the people who have died themselves.

Other pages see friends and relatives post photographs in which the absent individual is ‘tagged’, affirming their continued metaphorical presence among the lives of the living.

With the emergence of increasingly advanced technologies, the incorporation of the dead into our everyday lives also looks to be increasingly creative, as we continue to explore the complex relationship between the living and the dead.

Dr Lindsey Büster is an archaeologist and post-doctoral researcher on the Arts and Humanities Research Council funded Continuing Bonds Project.