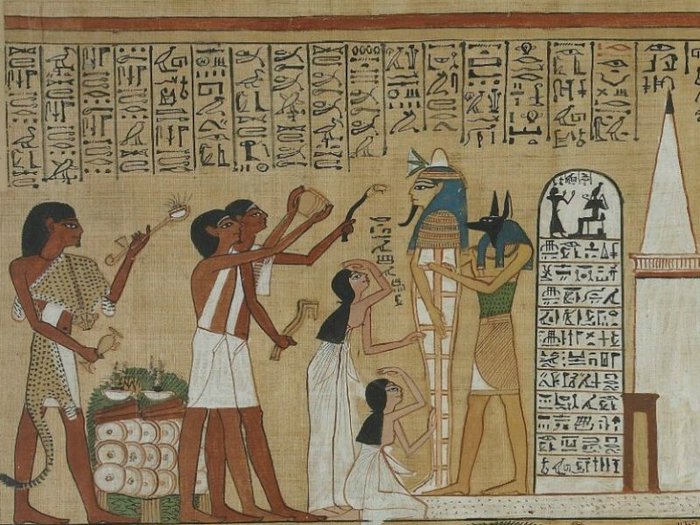 Over the last few years there’s been a surge in interest in financial products such as funeral plans as more and more people are starting to think about how to pay for their funeral. Although funeral plans may be a relatively recent trend, in the grand scheme of human history there really is nothing new under the sun. From Ancient Egyptians to Medieval Europe, making financial plans for your own passing is a well-established practice.

Planning for the afterlife in Ancient Egypt and Rome

Historians suspect that as far back as 4,500 years ago, the Egyptians had systems in place to ensure their family could afford their burial. Professor Flinders Petrie, a famous Egyptologist, discovered a household list belonging to a soldier called Senefru, that mentioned of a “guild of necropolis stone-masons”. Necropolis stone-masons would have been responsible for the continued construction of large-scale cemeteries and tombs. Senefru seemed to be a soldier with no personal wealth and no professional connection to the stone-masons; it is believed that Senefru was making payments to the guild in order to pay for his burial when the time came.

The Ancient Egyptians were a culture that placed a great deal of significance on funeral arrangements and the afterlife. Burial rites, the items buried with a person and the ceremonies performed by mourners were believed to have a direct bearing on the quality of their eternal afterlife. This probably explains why a poor soldier was planning ahead. It wasn’t just the Pharaohs with their monumental pyramids that thought about what would happen after they died.

In the Roman Empire, religious groups brought people together to worship the gods. Arranging burials was seen as a duty, as an improper burial might offend the gods. Each member would regularly pay a small, affordable sum into a communal fund, which would then pay for funeral arrangements upon the death of any member. However, as historian Charles Farley Trenerry explains, “by the second century A.D. all pretence of being combined for the purpose of worship was abandoned by most, if not all, of the societies.” These societies then primarily became a way of assuring a proper burial for oneself.

Later in history, in Medieval Europe and beyond, a type of ‘funeral insurance’ was often provided by guilds, much like the system probably used by Senefru, the Egyptian soldier. Guilds were “associations of men within a craft or trade for the purpose of helping each other…They gave each other social assistance, from help when a member was sick and unable to work to support in his old age or burial and funeral masses when he died” (An Encyclopedia of the Medieval World).

In much the same way as the societies of the Roman Empire and the Egyptian stone-masons’ guild, members paid a small amount into a communal fund and their burial was paid for upon their death. It was a way of making sure, in advance, that their funeral was respectable and done properly, in accordance with Christian practices. 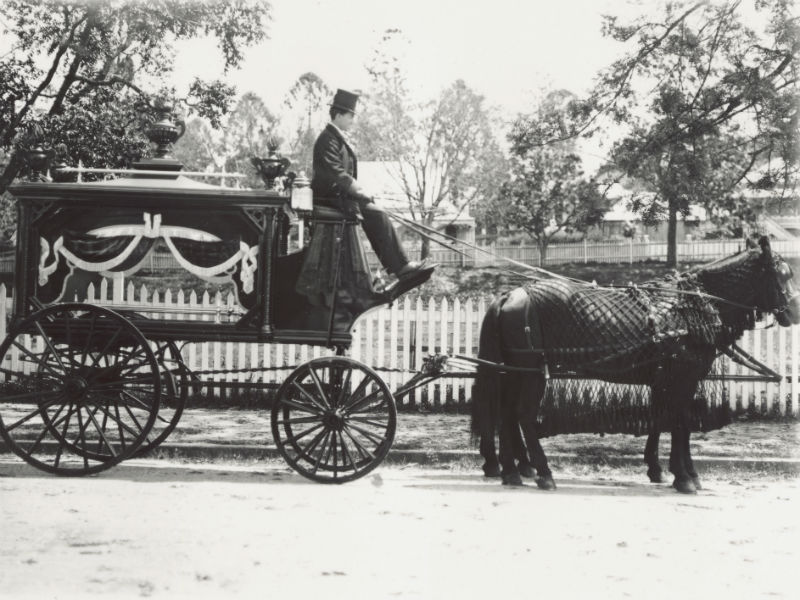 Victorians were highly conscious of the need for a ‘respectable’ funeral. They greatly feared the prospect of a ‘pauper’s burial’ for themselves for a loved one. People who died in the workhouse, or whose family could not afford a proper funeral, were given a pauper’s burial, with no service and no headstone to mark their grave. It was seen as a great shame to have a pauper’s burial, but in a culture where the death rate was high and wages were low, many working class families were anxious to secure the funds for a decent funeral.

This is where something known as ‘burial clubs’ came in. Similar to the idea of guilds, burial clubs allowed working class families to make small payments each week and in return they would have all funeral costs paid for upon the death of a family member. It didn’t matter how long the family had been paying into the burial club fund, they would still receive financial help to give their loved one a full, respectable funeral.

Burial clubs allowed the poor to plan ahead for their funerals and, as a result, they quickly became incredibly popular. Historian Julie-Marie Strange describes the popularity of burial clubs in her book ‘Death, Grief and Poverty in Britain’:

“Burial club schemes, to which most working-class families subscribed, had long provided a model for thrift among the poor. Many friendly societies and trade unions ran sick relief schemes in conjunction with life insurance plans. By the turn of the 20th century, a significant percentage of those in stable employment subscribed to a friendly society; at the end of 1904 approximately 19 million people held some form of death or sickness insurance.”

Unfortunately, burial clubs in Victorian Britain earned themselves a bad reputation for mismanagement and fraud. The government had to enforce strict legal controls by the end of the century to ensure poor families were not scammed into paying into false clubs, and that desperate families could not subscribe to two or more clubs to gain multiple pay-outs when someone died.

It seems, then, that the Victorians were extremely well-prepared when it came to funeral arrangements, but something changed between the end of the 19th century and the beginning of a new millennium. We no longer routinely set aside money for funerals. We no longer plan ahead. Why?

The twentieth century brought with it the two most devastating wars the world has ever known and with these conflicts, society’s way of thinking about death and remembrance was turned upside-down:

“Post-war commemorative culture drew on the reverse of Victorian display: silence and simplicity. The war ushered in an epoch of ‘invisible’ death whereby the death was removed from the domestic sphere and resituated in hygienic and controlled environments, such as the hospital.” (Julie-Marie Strange)

Death, although always feared, now became something so terrible it could not be talked about, let alone planned for.

This trend of suppressing conversations about death was continued into the 21st century, thanks to medical advances that removed death from the home. This could have had a negative impact on how we cope with death and plan for it. As Marian Carter puts it: “We have been distanced from dying by medical advances and so denied it; denial of death is accompanied by denial of mourning.”

Perhaps because of this new way of viewing death, there has been a move away from planning ahead. People began to build up the idea that talking about death was bad, that dwelling on the future was counterproductive or ‘morbid’, and that attitude stays with us even today. If we can’t talk about death, it logically follows that we will be unable to plan for it properly.

In addition, post-war generations began to experience economic growth, increased disposable income and improved living conditions. It seemed that the financial need for funeral plans or funeral insurance had waned. If planning for death was seen as both unpleasant and unnecessary, why do it?

However, as you may have noticed, the cost of funerals and our attitudes towards death are coming into the spotlight, particularly in the mainstream media. We now live in a time of austerity, when planning ahead financially is essential. We are now recognising that ignoring death until the last minute is, unfortunately, impractical.

As a result, the number of people investing in funeral plans and other types of financial products is increasing. Guilds and burial clubs may have died out in the UK, but the funeral plan is a modern way of securing the cost of your funeral. By paying in instalments – or all in one go – you can effectively pre-pay for your funeral and in doing so make sure your funeral is just how you would want it to be. In essence, it’s a practice that’s almost as old as funeral history, and it remains a cost-effective way of securing your final farewell.

Erlend Berg, ‘Securing the Afterlife: The Puzzle of Funeral Insurance’, 2016

Marian Carter, ‘Dying to Live: A Theological and Practical Workbook on Death, Dying and Bereavement, 2014

Ruth A Johnston, ‘All Things Medieval: An Encyclopaedia of the Medieval World’, 2011

Charles Farley Trenerry, ‘The Origin and Early History of Insurance: Including the Contract of Bottomry’,1926