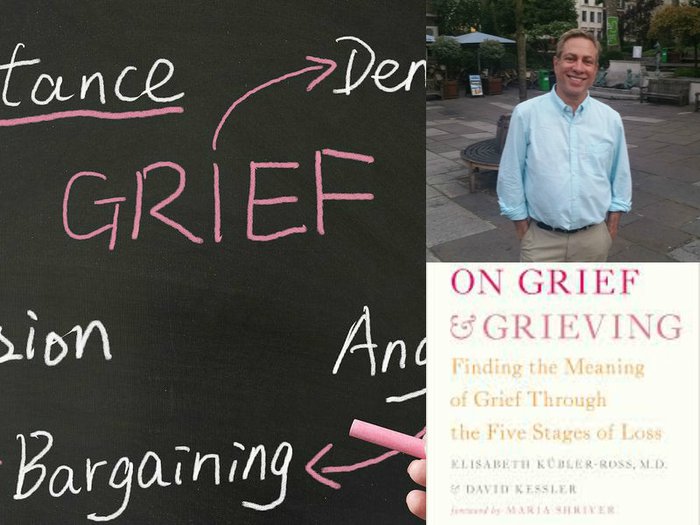 “Pain is inevitable, but suffering is optional,” says David Kessler.

“Part of what I do in my teaching is help people experience pure grief – not suffering.”

Christopher Wren’s beautiful St James’s church in the heart of London’s Piccadilly is a fittingly contemplative venue to consider the place that loss and grief have in our lives. Around its walls are the memorials of people grieved by mourners who themselves are now centuries dead.

This church is still a place of active worship, but is also a hub for life-enriching secular events that nourish the soul. Tonight, grief expert David Kessler will talk about the people who enriched his own life – and taught him how the way we grieve, reflects how we live.

“Death,” he says, “makes life important. Death makes life valuable and how we do grief, reflects how we do life. 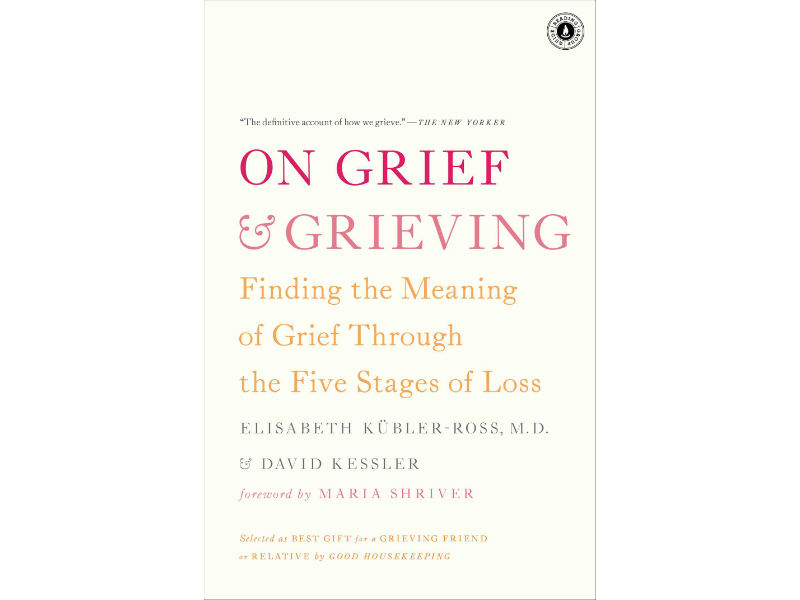 If this sounds – appositely, given the venue – evangelical, Kessler in fact comes across as rather more ambassadorial. Some high-profile experts talk and are talked about, but throughout his career, Kessler has been opening up conversations – and bearing witness to the dying and the grieving.

“When someone tells you the story of their loss, your job is to witness,” he says.

“It can be tough for people to be present without thinking about ourselves and what we can say next.”

He’s a man as accustomed to listening, as he is to public speaking. Personable – and belying a warm sense of humour – his philosophy is sincerely conveyed, but demonstrates how grief is a part of the human condition, not something rarified. 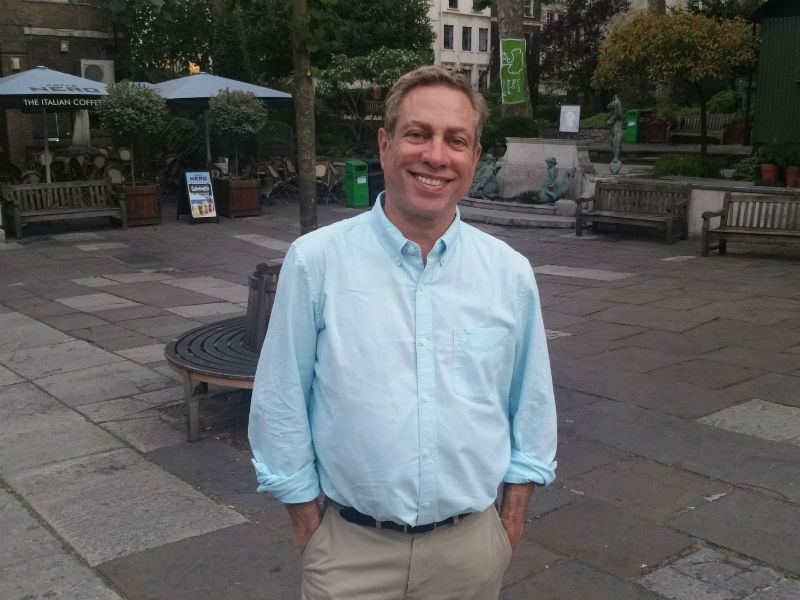 Renowned and highly regarded as an expert in his field, Kessler may not be quite the household name in the UK as it is in his native United States, but many people will be familiar with his work.

Together with esteemed psychiatrist and pioneering end-of-life expert Dr. Elisabeth Kübler-Ross, he co-wrote On Grief & Grieving, which identified the famous Five Stages of Grief. The book identified a grief model based around key symptoms of life-changing loss: denial, anger, bargaining, depression, acceptance – misinterpreted by some as fixed virtual stations on an emotional journey; but never intended as such.

“A lot of people have formed opinions without reading the book,” Kessler good-humouredly observes – almost certainly not for the first time.

“The stages are not linear points of a timeline or map and are different in everyone. You may go through them many times – or some not at all.

The sixth stage of grief

“I now believe there is a sixth stage – a stage of meaning – we want to find meaning.”

Yet this sense of meaning is not about finding answers to questions we cannot answer, he says. “We have to live with the why – and part of the goal of grief is to have that relationship.” 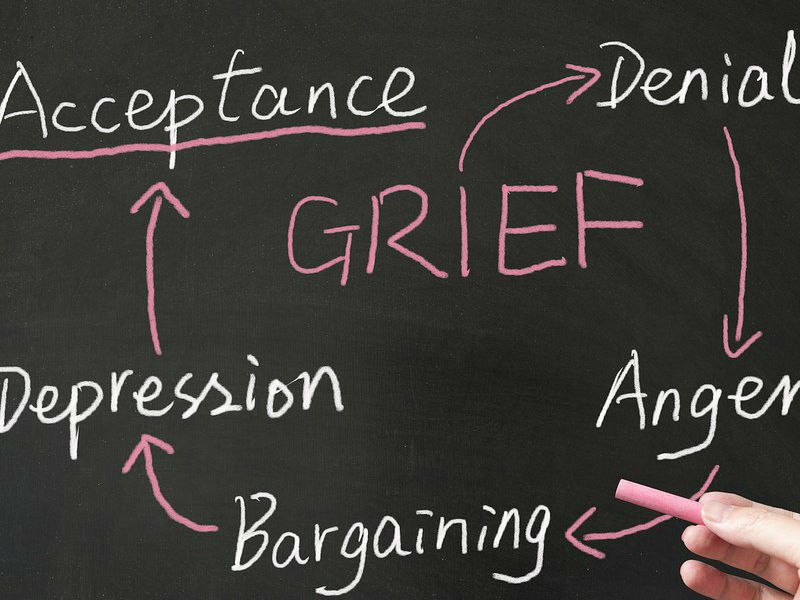 David identifies a fruitful search for meaning in terms of legacy – a connection with that person we can carry on in our own lives.

Kessler himself holds the remarkable Elisabeth Kübler-Ross’s legacy dear: The pair formed a close professional bond and deep friendship, as they applied models identified in her seminal work On Death and Dying to explore symptoms of grief.

He was at her bedside when Elisabeth died aged 78 in 2004, and says he’s still following in his good friend’s footsteps – both figuratively and literally.

“Elisabeth was the most alive person I ever met,” he says.

“Wherever I told her I was going, she’d say: Oh! I was there back in… say hello to them from me.”

People often describe grief as a journey – and that’s how much of Kessler’s career has been. A successful writer and familiar talking head on US TV including CNN, Fox and Oprah in the wake of major tragedy, he has become an expert at the forefront of dying matters, working with hospices, social care providers, and emergency services.

Elizabeth Taylor, Carrie Fisher and Jamie Lee Curtis are among the higher profile individuals he has counselled, while Maria Shriver wrote the forward to the 10th anniversary edition of On Grief & Grieving.

As a young writer, Kessler explored The Needs of The Dying in his first book through conversations with people living with a terminal illness. He visited Calcutta, where he volunteered at Mother Teresa’s mission for the Dying and Destitute, caring for people at the very end of their lives.

Mother Teresa herself praised the book – a mixed blessing for David – who was unsure he ‘deserved’ the plaudit, as a new kid on the dying matters block. Seeking counsel, “then earn it,” he was bluntly and sagely advised.

“I did fight it at times… I was young and there was so much success so quickly that I became known as ‘the death guy.’” he says.

“I didn’t want to be the death guy – I had a million other ideas for my second book. But I learned, and in time, I inhabited it more.”

Groundbreaking women have been a major influence in David’s life and career. His latest book, You Can Heal Your Heart was co-written with the late Louise Hay, a pioneer of the self-help movement and the holistic wellbeing benefits of re-attuning our psyches to positive thought. 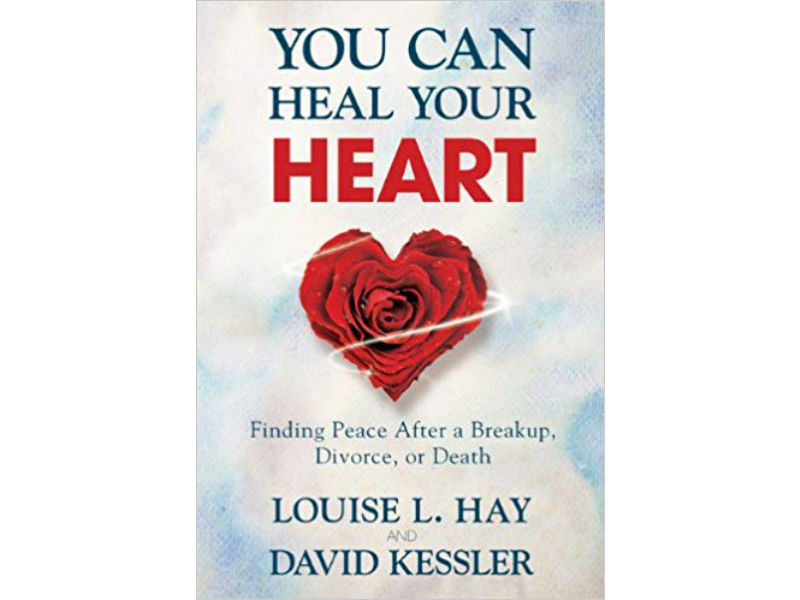 “Our minds have had a negative bias from our caveman days,” David explains.

“With positive psychology, there’s a group of people who bounce back from grief stronger. It doesn’t mean you don’t go through the pain. Every thought we have affirms something good or bad. So we need to change how we perceive loss, or else our mind will punish us.

“Grief does not occur if you do not love. I can’t take away pain – that’s evidence of love. So, pain is inevitable, but the suffering is optional.

“The first thing you have to do is really feel your feeling. You can’t heal what you don’t feel and in grief, we have trouble with this. One strange thing Elisabeth and I used to talk about, is that it’s hard for us to fathom that death actually happens. So we turn on ourselves or blame others… ‘If only I’d done differently…’

“We get caught up in the pain of suffering. My role is to help tease out the suffering, from the pure grief.”

David himself has lived through – and with – the pain of pure grief. He has borne sympathetic witness to the personal tragedies of many – and adjusted to his own.

When he was just 13, his mother was admitted to a hospital intensive care unit which would not allow visitors under the age of 14. Unable to afford hotel accommodation, David and his father had been sleeping in the hospital lobby – visiting a hotel they couldn’t afford to stay in for refreshment.

One evening as they ate, they heard gunfire – the beginning of what turned out to be a 12-hour mass-shooting. Having witnessed the horror, when it was safe to return to the hospital they headed back to the ICU. Despite his mother’s critical condition, David was not allowed in.

“Talk about complicated grief. So I knew as a child there had to be a better way to die than the way my mother died and I also understood how terrible the world could be. I was inoculated. I knew I could either be a victim or help people, so I decided to help." 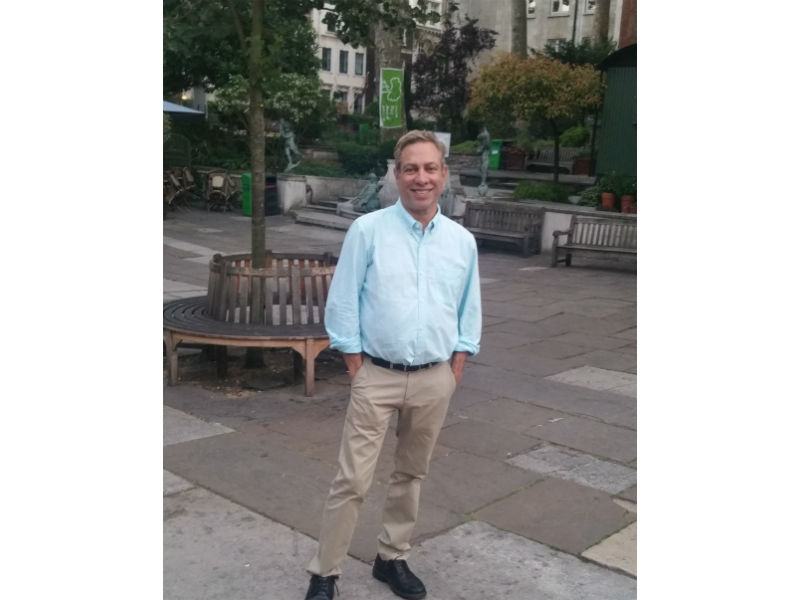 “My dad was terrible! He didn’t know about grief or how to handle it. It wasn’t until I was an adult I could understand that he just didn’t know. We’re not taught about how to grieve well.

“What I’m teaching now is what our great-grandparents knew how to do. Society didn’t tell them to ‘have a nice day’ – they knew how to be sad.

“Our tendency is to try to ‘fix’ grief and yet when you are in grief, you are not broken.”

David himself is grieving his 21-year old son, David junior, who died in the summer of 2016. Three weeks after his loss, he wrote a message thanking friends, family and strangers for their sympathy.

“The pain of this loss has been shattering. In my work, I deal with challenging times but nothing prepared me for the pain that is now present in my own house.”

It is a wound, he says, which never diminishes. David says he aims to live and continue to flourish in the way he feels his son would have wanted for his dad, explaining: “Our grief doesn’t get smaller: we have to grow bigger – and in a way that honours our loved one.”

David’s junior’s death, he says, has not only increased his empathy for the bereaved parents he counsels in his work, but further informed his understanding that every grief is individual. Your heart may go out, but to help other people heal, you cannot assume their pain.

“When we talk about my own son, to those parents that came to my lectures all my years... I wanted to write them a note, saying ‘I’d no idea how bad it was’. But they were also my inspiration, knowing I’d been watching them get through this for years, they’re going to hold my hands now. And they have.” 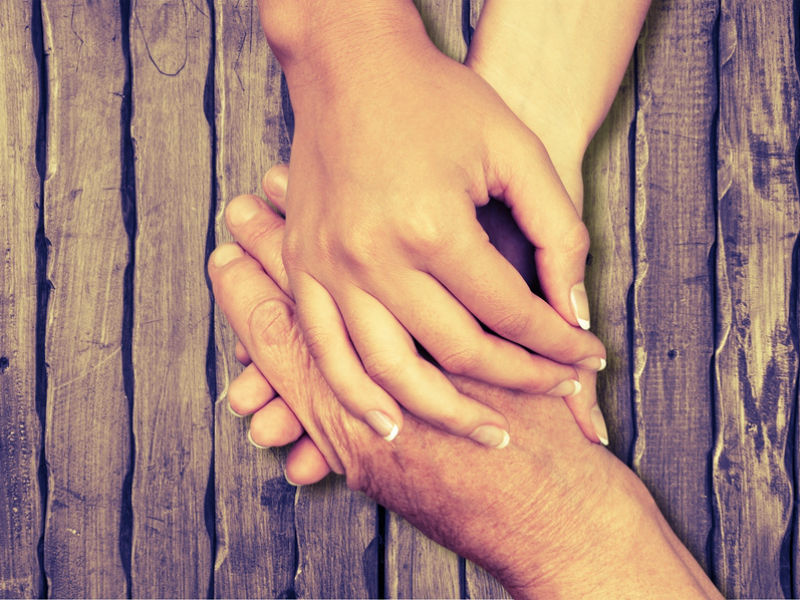 Tonight’s talk has been attended by people keen to learn how David’s insight can help them administer support to the bereaved. But the majority have been here to listen – and open up a little among strangers – as they come to terms with their own loss.

“I always say to people the worst loss is ...yours,” David says as people leave the venue, stopping by to say hello, take selfies and express words of thanks.

These friendly faces, he says, bear testament to his work’s ultimate reward.

“They are people who’ve been through a loss – and they’re smiling – after a grief lecture,” he says.