Continuing bonds: What the past can teach us about death and grief 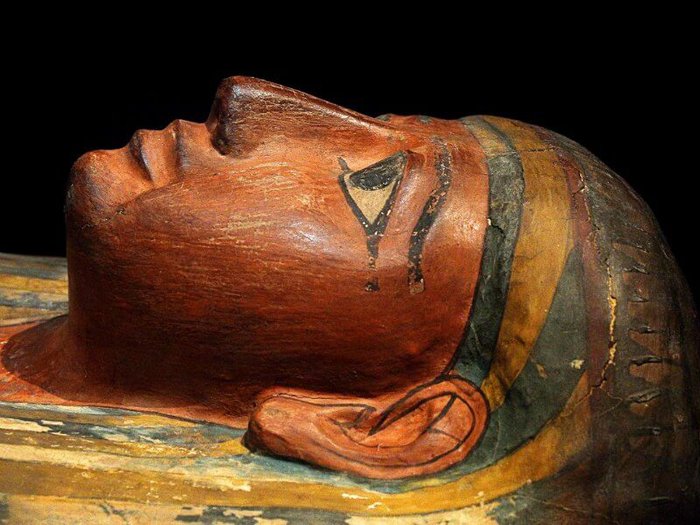 This article contains images of human remains. If you have been recently bereaved, you may find these images upsetting.

It’s often said that the past can teach us about the present, but a research project by the University of Bradford and LOROS Hospice in Leicester is breaking new boundaries by using examples from history to help people talk about death, dying and bereavement.

The Continuing Bonds study, run by Dr Karina Croucher, Professor Christina Faull and Laura Green, is hoping to show the value of combining archaeology and end of life care. Through a series of workshops, researchers want to demonstrate that learning about remembrance practices from our distant past can help people feel more confident talking about grief and death.

Dr Lindsey Büster is one of the researchers working alongside Dr Croucher on the Arts and Humanities Research Council-funded study. She says that although the idea of combining archaeology with healthcare seems unusual, it’s a natural fit.

“Even though we think the past is very distant and different to us, the one thing that unites us across time and space is coming to terms with our own mortality,” she says. 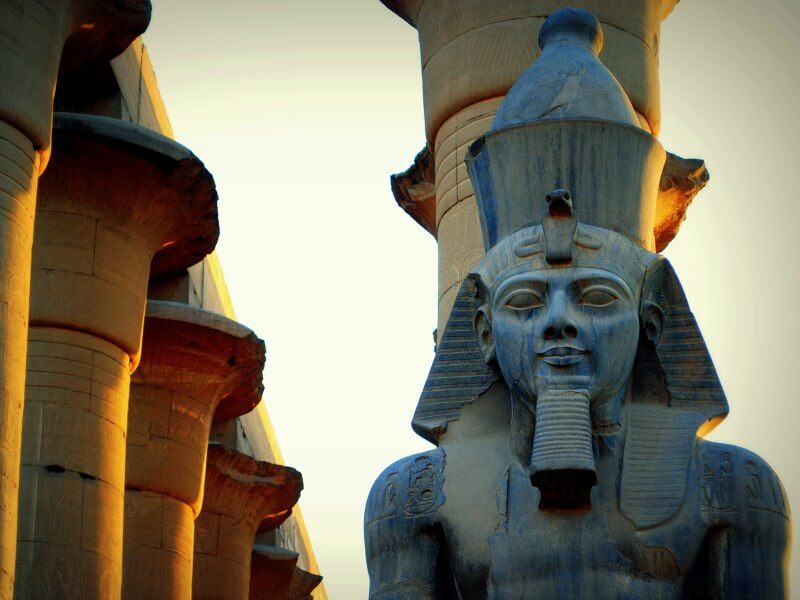 Ancient cultures had a multitude of ways of continuing their bonds with those who had died, like this monument to Rameses II in Luxor. Photo by Mohammed Moussa.

As part of the study, researchers have been asking healthcare professionals to discuss archaeological, historical case studies, to discover how these cultures and customs reflect modern practices around death. Participants have been asked to discuss how comfortable they feel about unusual funerary phenomena such as Portugal’s famous Chapel of Bones (the Capela dos Ossos), where the bones and skulls from around 5,000 human skeletons have been used in its ornate architecture.

The 16th Century Chapel of Bones may seem shocking, disrespectful or downright creepy to some people 500 years on. But the researchers wonder whether old and unusual ways of remembering loved ones could be an effective way of getting 21st Century people to open up more about what happens when we die.

“Archaeology shows us that there’s been a huge diversity in the way that people deal with not just death, but grieving and bereavement as well,” says Dr Büster.

“It demonstrates to people that there’s no one right way to feel or to act, to cope with death and bereavement. We’re trying to open up a sort of diversity in conversation, which is outside the bounds of our modern, Western-embedded cultural views.” 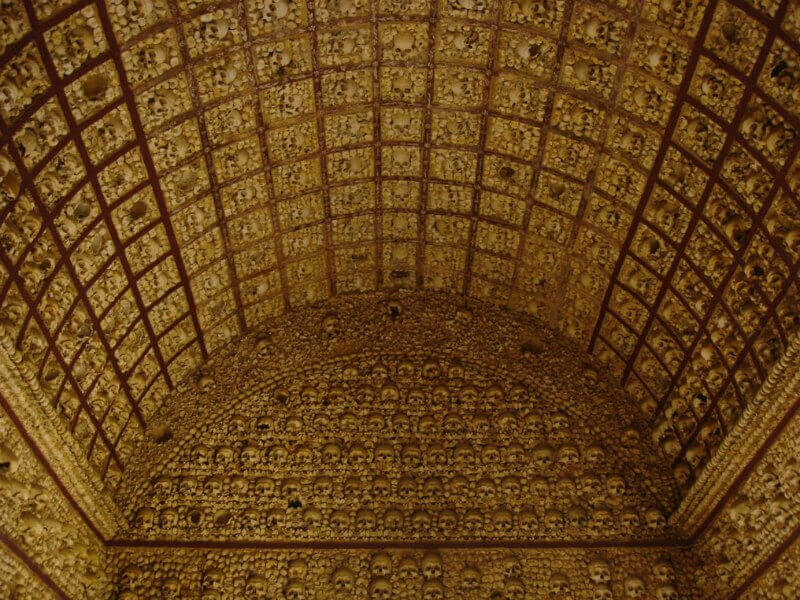 The unique ossuary, or bone chapel, in Évora, Portugal. Photo by Miguel Vieira.

Another historic ossuary that’s been explored in the Continuing Bonds project is the Beinhaus, or ‘Bone House’ in Hallstatt, Austria. Tourists from around the world visit this centuries-old chapel, where skulls from the 18th and 19th Centuries have been painted with decorative motifs and designs.

Participants in the study also learned and talked about 'reconstructed' human skulls discovered in the Middle East, which date back more than 10,000 years. Ancient people of the Levant would retrieve them from graves beneath the floors of their houses and recreate the faces with plaster, sometimes using decorative shells for eyes. This practice seems to have been motivated by a desire to keep dead loved ones close.

“A lot of the practices we see in the past are very tactile,” Dr Büster explains. “They had very direct contact with human remains. We’re much more hidden and protected from that now.

“In the modern day, there’s been an increasing medicalisation and professionalisation of death. In prehistory, death was much more everyday and interacting with dead bodies was necessary. So people were more in tune with death and dying, and dealing with the dead.

“People were also less global in their movements, so the dead, their ancestors, were all around them all the time. Now, in our global, mobile society, people move around all over and therefore those personal links with the dead are possibly less tangible.”

Yet Dr Büster believes that we still have ways of creating ‘continuing bonds’ with loved ones who have died – it’s just the ways in which we express our feelings that have changed.

“We’re not trying to tell people that they all should be plastering the skulls of their ancestors and keeping them on the mantelpiece,” she says.

“One of the things that the project is trying to do is to reflect on our own practices and where they come from, and see them as just different ways of dealing with the dead. The most overt example is cremation tattoos, where you take the ashes of the dead and incorporate them into your body. Even Facebook legacy profiles are a continuing bond. The underlying themes are the same.” 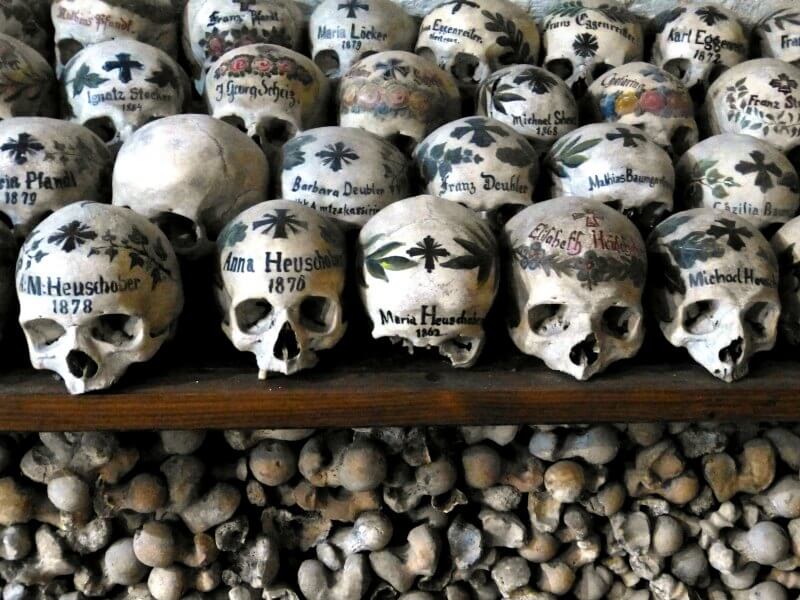 Skulls in the Beinhaus were painted with patterns and initials in tribute to lost loved ones. Photo by Wolfgang Sauber.

Continuing Bonds is looking to show that archaeological case studies are a good way of opening up conversations about death and how we remember those who have died.

Through workshops with healthcare professionals, the Continuing Bonds team is evaluating how history can kickstart discussions about death. Outcomes from the project could possibly be introduced to areas of health and end-of-life care training and even as part of the school curriculum.

“I’d like to start introducing the topic to schools, so that schoolchildren become very comfortable talking about the topic,” adds Dr Büster, “so that death is not a topic that’s left until the very last minute and only discussed among the terminally ill and aging population.”

She is optimistic that conversations about death are something that the nation’s gradually becoming more open to and even curious about. The Death Cafe movement has been bringing people together to chat about dying matters over tea and cake since 2011, while hundreds of events, including plays, sideshows, craft workshops and talks were held across the nation as part of this year’s Dying Matters Awareness Week.

“There’s obviously a huge appetite, as Dying Matters Awareness Week shows, for this kind of stuff in the general public. Death Cafes are definitely doing the same job, but it’d be great to do the Continuing Bonds study with the public as well.”

If you’d like to take part, the Continuing Bonds team is currently looking for more professionals to get involved in its workshops – including healthcare workers, funeral directors, student nurses and faith practitioners. You can find out more about the study and how to take part by visiting the Continuing Bonds Project website or emailing continuingbonds@bradford.ac.uk.