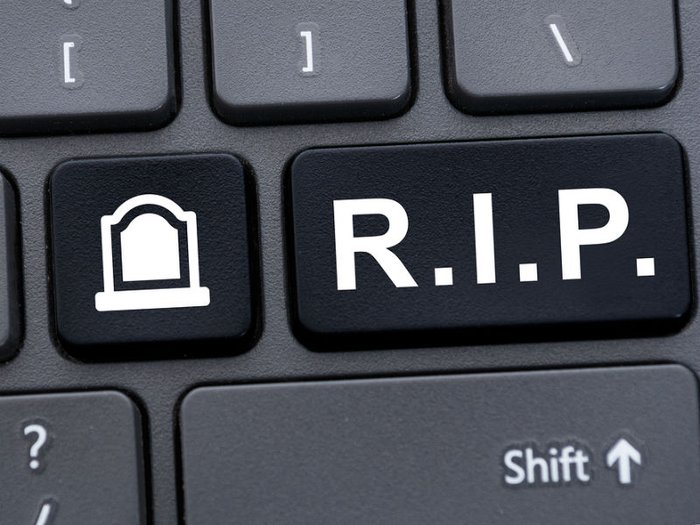 We have always used our best technology to honour those who have died. We may not automatically connect cutting-edge inventions with death and dying, but historians point out that the evidence is clear, from the mind-boggling engineering behind the pyramids, to cutting-edge embalming techniques and online memorials.

It seems that where technological progress leads, grief is not far behind. After all, anyone who has been bereaved can tell you that bereavement intrudes into every area of life – why wouldn’t it find its way into our digital lives?

The problem is that the pace of technological change has never been so fast as it is now. Before we can really understand how we interact with one new innovation, another comes along. This can mean that the technology we’re using to mourn and memorialise, such as social media, isn’t up to the job.

“I think the issue is that Facebook is not designed with death in mind and that’s a problem,” says Stacey Pitsillides, a lecturer in design at the University of Greenwich. “It was designed for purposes that do not scale to the level at which it is now used in our world.”

Stacey’s research is concerned with the meaning and context of data we leave behind online when we die. What happens to it after our death and how do the bereaved use digital media after the death of a loved one?

For example, Facebook users have drawn attention to the double-edged sword of the ‘Look back’ function (now called ‘On this day’), which shows you an old photo or status update, with a caption: “We care about what you share here. We thought you’d like to look back on this post from five years ago.”

It’s a lovely reminder if it’s a picture of you and your friends at the beach – not so lovely if one of those friends has since died and you aren’t emotionally prepared to be confronted by that memory.

Facebook introduced the option to ‘memorialise’ profiles when they are notified of someone’s death, in 2009. However, the ‘Look back’ feature can still include those who died, meaning it isn’t a sure-fire way to avoid painful reminders.

“Unfortunately, you have these uncomfortable encounters with something that hasn’t been well-designed,” says Stacey, explaining how people experience social media after a bereavement. “The kind of design choices that make sense to Facebook or Twitter or LinkedIn as a digital platform, don’t make sense to someone who is in bereavement.

“The ‘Look back’ feature really shows that Facebook hasn’t learnt their lesson. They haven’t brought those principles of designing for death into their actual user experience.”

However, even if social media companies aren’t quite meeting grieving users’ needs, that isn’t stopping people from re-purposing these platforms to mourn and share memories when their loved ones die.

“These large social media platforms have a community, and that’s why a lot of the grief happens there,” says Stacey. “Those sites become ad-hoc spaces for memorial. They allow people to understand the dead in a new way, and to talk to the dead, through their profile. So I think those spaces, in some ways, are helpful to people.

“There is ad-hoc memorialisation in all different environments and platforms, such as in gaming environments and through appropriating social media. It shows the creativity of people’s own instinctive approach to bereavement.”

With the general public apparently one step ahead when it comes to using social media spaces for grief, Stacey is keen to explore how death can be factored into the design of new digital environments where people connect.

“The question is, not just why are tech companies not catching up, but how does designing for death get built in, as a principle, to these tech environments. When you build something like that, when you want a community to grow, you need to consider not only the positive, happy moments in people’s lives, but that people’s lives are filled with diversity,” she says. “Things need to be considered in equal measure – celebrating an anniversary, or remembering a death.”

These aren’t just abstract ideas or challenges for web developers to tackle. Issues about digital legacy and how we deal with grief online will begin to affect more people as living life online becomes more popular with each generation.

“I was talking to someone in the Netherlands a while back, and they had this memorial profile on Hyves,” says Stacey. “Hyves is a social media platform in the Netherlands that existed before Facebook. As Facebook took over and as Hyves went down, people started leaving in droves.

“It was a conundrum. This person had a girl’s memorial profile, this person that they loved, but what should they do with it as the community disappears?

“In a way it reminds me of a Victorian graveyard. They become desolate, they become a marker of history, but you lose that understanding of who people were. When the community has left, what happens to those memorials?

“The family was considering, do we move it onto Facebook with the community, onto a platform that she never existed on? Do we let the memorial die with Hyves and leave it to become derelict like a Victorian graveyard? Or do we archive it, do we print it off?”

Find out more about Stacey’s research into digital death.