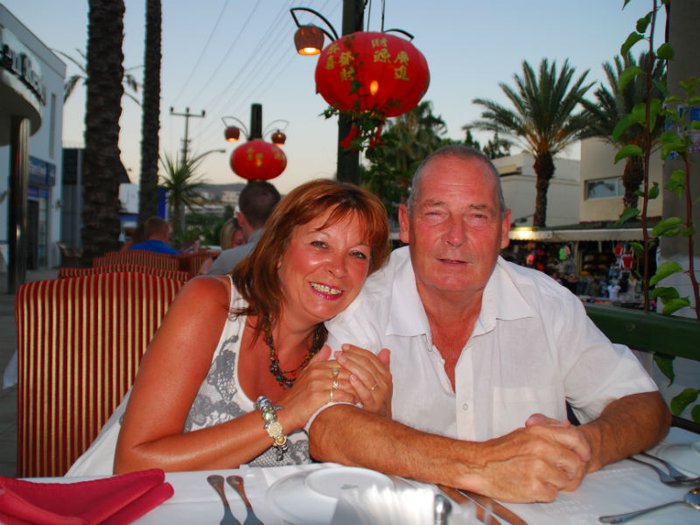 Jakki Smith discovered she wasn't entitled to a £12,980 bereavement damages payment when her partner of 16 years, John Bulloch, died, because they were unmarried. The statutory bereavement damages can be claimed from the state by people who are widowed as a result of an accident or negligence on someone else’s part.

What are bereavement damages?

The bereavement damages payment, enshrined in law as part of the Fatal Accidents Act, is paid out if a person dies as a result of circumstances that could have been preventable – but only to spouses or civil partners. NHS worker Jakki found she was unable to make a claim when John died, because they were not married.

Jakki took the Government to court for breaching her human rights. This week, six years after John’s death, the Court of Appeal ruled in her favour. This means that the matter will now be referred to Parliament for them to consider whether there will be a change in the law.

Jakki’s successful bid for justice could pave the way for other people in long-term relationships to claim the statutory bereavement compensation, which could help support them after a bereavement which has turned their life upside down.

Although she will be unable to claim the £12,980 bereavement damages in retrospect of the court’s decision, the ruling could set a legal precedent for future court claims brought by the bereaved. It’s also hoped the case will bring about a change in legislation, which would enable unmarried people to claim bereavement damages after a death caused by negligence, if it is passed into law by the Government.

Jakki said: “My fight has never been for the money, it’s about having meaningful relationships recognised. This result won’t make any difference to me – I won’t get a penny from it as you can’t get a retrospective payment. I just hope what has happened helps other people who may find themselves in this tragic situation.”

Human rights lawyer Zak Golombeck of law firm Slater and Gordon, who represents Jakki, explained: “This is an historic decision, and one that is long overdue. The Law Commission has previously recommended that cohabiting couples should be eligible for bereavement damages. Significantly, the Government also produced a draft bill in 2009, although it was never progressed.

“The way we live is changing. Couples are choosing not to marry but this does not detract from the bond they have. My client had been with her partner, John, for 16 years and they were totally committed to each other.

“The Court of Appeal have made clear in their judgment that Jakki and John’s relationship was equal in every respect to a marriage in terms of love, loyalty and commitment. We hope that Parliament will now rectify the incompatibility and bring this legislation into the 21st Century.”

Jakki, a mum-of-one from Chorley in Lancashire, who lived with John, a retired prison governor, for 11 years prior to his death, said she was thrilled with the court’s decision.

She said: “John and I didn’t need a piece of paper to prove our love and commitment to each other. We had been together for 16 years – longer than a lot of marriages – but like so many other couples, we had simply decided that getting married wasn’t for us.

“Until John died I hadn’t realised that our relationship would be treated any differently and when I did it just struck me as hurtful and unfair that it could be considered less meaningful because of that.

“That’s why I’m over the moon with the court’s decision and I hope that the change in law will have a positive impact on other people who, for whatever reason, choose not to marry.”

Bereaved unmarried partners and the law

In Jakki’s case against the Secretary of State for Justice, lawyers argued that the current legislation was in breach of articles 8 and 14 of the European Convention on Human Rights in that it discriminates against Jakki on the grounds of her non-marital status and her right to respect for family life.

In Scotland, the law on bereavement damages already extends to cohabitees as well as other immediate family members such as parents or children.

Jakki added: “If you are living together the Government classes you as a couple for the purpose of payments like council tax and Jobseeker’s Allowance, so why not when it comes to this?

“There’s no longer a taboo around being unmarried; attitudes have changed, society has moved on and the law needs to be changed to reflect that.”

Campaigning for the bereaved: Life Matters

The landmark court ruling comes as bereavement campaigners step up their calls for the Government to bring about reforms that will better support the bereaved and address inequalities.

Leading bereavement charities are behind a task force called Life Matters which has set out six key recommendations which could effect change and ensure greater support for the bereaved at home, in schools, the workplace and in law. It’s raising issues that many people will be unaware of, until the unthinkable happens and someone they love dies.

Debbie Kerslake, chief executive of Cruse Bereavement Care, and a member of the Life Matters Task Force said: “It was heartening to hear of the court ruling which finally acknowledges the fact that being unmarried should not preclude the payment of bereavement damages.

“This decision provides hope of positive outcomes in other areas that impact on bereaved people including the key asks of the Life Matters campaign which focus on the provision of better information, better education, official government and workplace bereavement policies and better financial support for bereaved families.

“Dealing with the death of a family member is hard enough, without having to fight with the legal system for recognition at such a testing time in one’s life.”

Earlier this week, the Welsh Government scrapped childrens' burial and cremation costs in Wales, on the back of MP Carolyn Harris’s continuing campaign for a Children’s Funeral Fund to be introduced across the UK.

Meanwhile, Kevin Hollinrake’s Parental Bereavement Leave Bill, which has had cross-party support in Parliament, aims to ensure bereaved parents are given two week’s paid time off work to grieve. This could become law by 2020.

But it will still be up to the discretion of employers to allow parents or carers time off work to help their children adjust to the death of their mum, dad or carer.

The state Bereavement Support Payment, introduced in the wake of bereavement benefit reforms in April 2017, cannot be claimed by families if the parents were unmarried and not in a civil partnership. The time in which parents widowed after April 6, 2017 can claim bereavement payments to help them bring up their children alone, has also been limited, to a fixed period of 18 months.