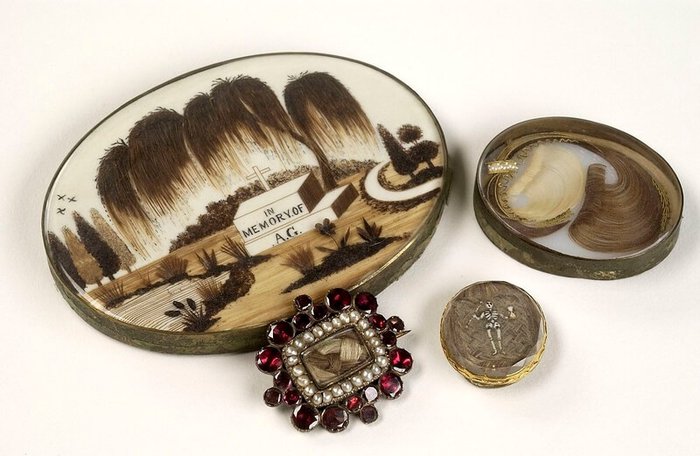 In the 21st century memorial jewellery has become an increasingly popular modern memorial for people who have died. Pieces can be inscribed with messages, but modern technology also allows jewellers to embed the ashes, or even infuse the DNA of loved ones, in them. The appeal of memorial jewellery, however, is definitely not a new idea.

Visual symbols of death are traditional in many societies across the world, and specific types of mourning clothes and jewellery that indicate bereavement are especially common. Mourning jewellery, such as rings, have been discovered from as early as the Tudor period.

The image of Queen Victoria dressing in black for the rest of her life after the death of Prince Albert in 1861 is an enduring image of the 19th century. 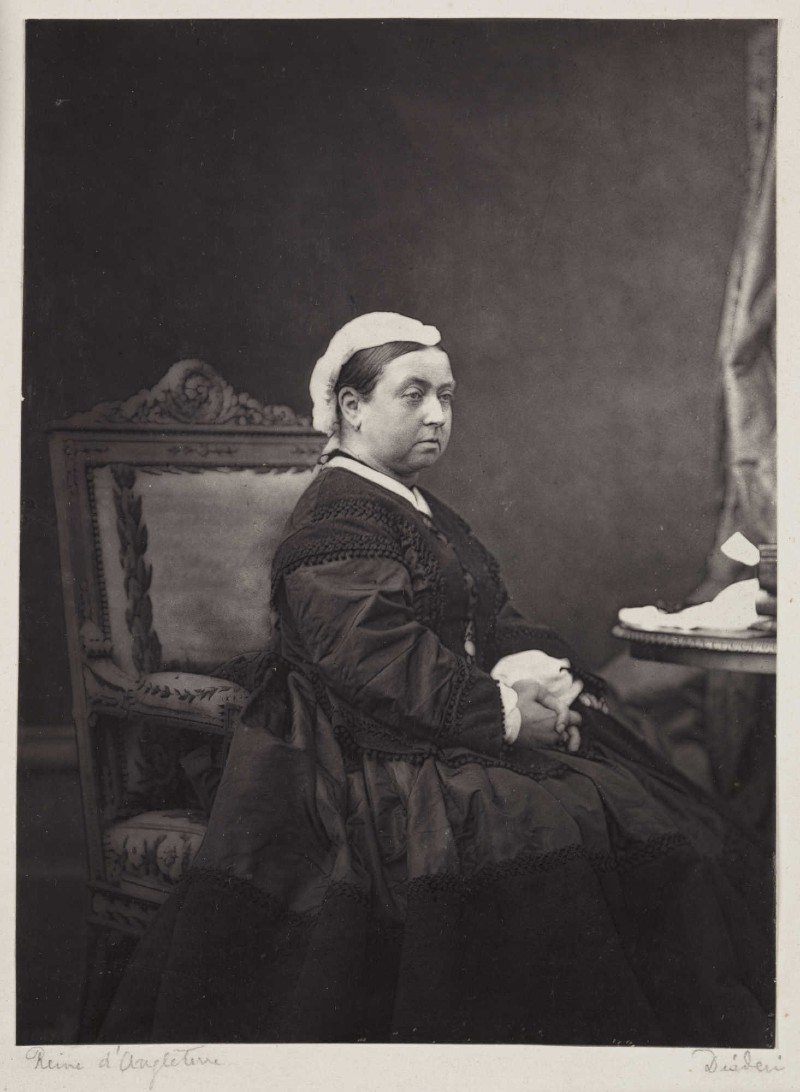 The Victorians are famous for their strict enforcement of etiquette and the dress code for mourning was one of the most demanding traditions, especially for women.

For most people mourning did not last a lifetime, but widows were expected to publicly grieve the death of their husbands, and wear black clothes, for 2-3 years. 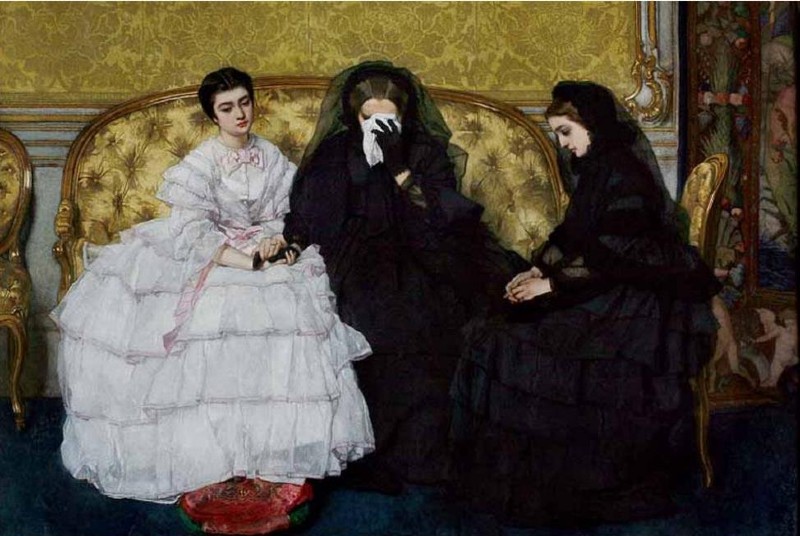 'In Memoria' by Alfred Stevens; photo by Lisby on Flickr

The first year was a period of ‘deep mourning,’ which required plain black clothes, a veil that was not to be removed in public, and definitely no accessories. After this period wearing appropriate styles of jewellery became more acceptable, although it was only during the final 6 months, ‘half-mourning’, that women were not expected to dress entirely in black.

Wearing mourning clothes in the Victorian period was a societal expectation and failing to do so would damage a woman's reputation, but they were also a status symbol. In the latter period of mourning women frequently sought the most elaborate, and expensive, mourning clothes, and jewellery, that they could afford. 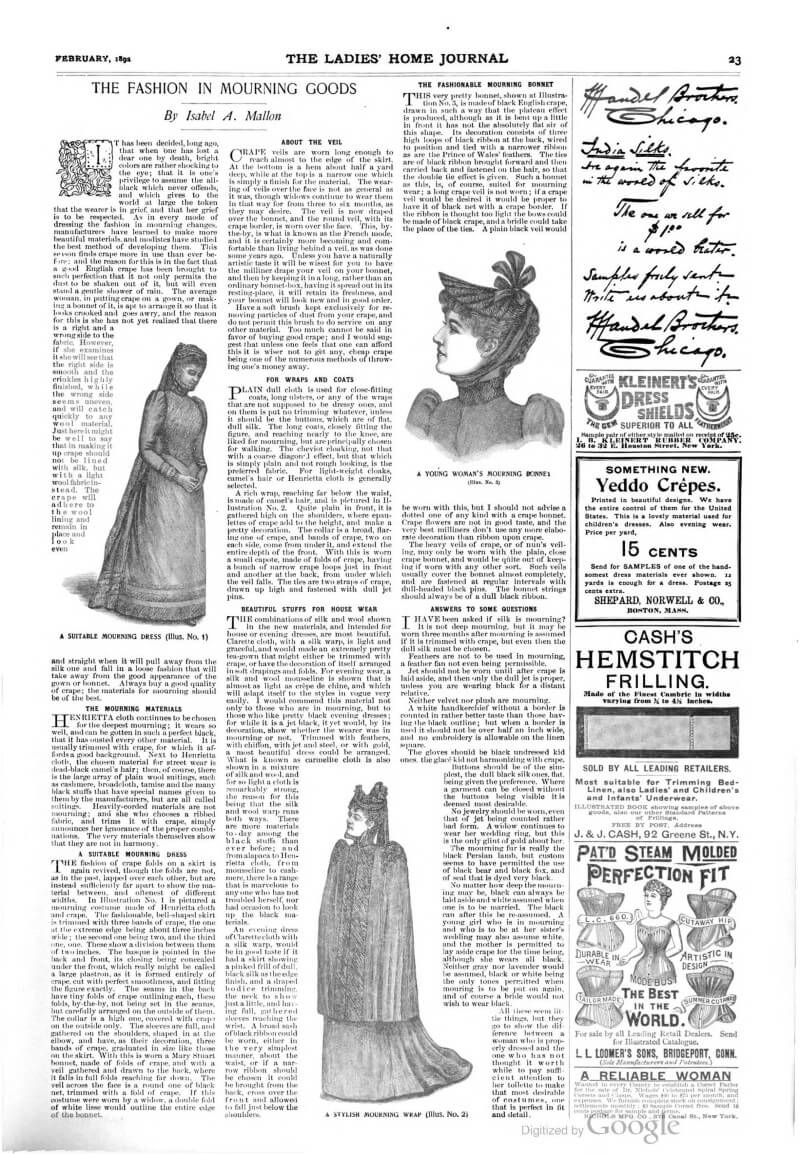 Image by Senapa on Wikimedia Commons

As well as symbolising mourning, individual pieces of jewellery were also powerful memento moris for the wearer. The development of mass production made all types of jewellery more affordable to people.

Which types of jewellery did Victorians wear in mourning? 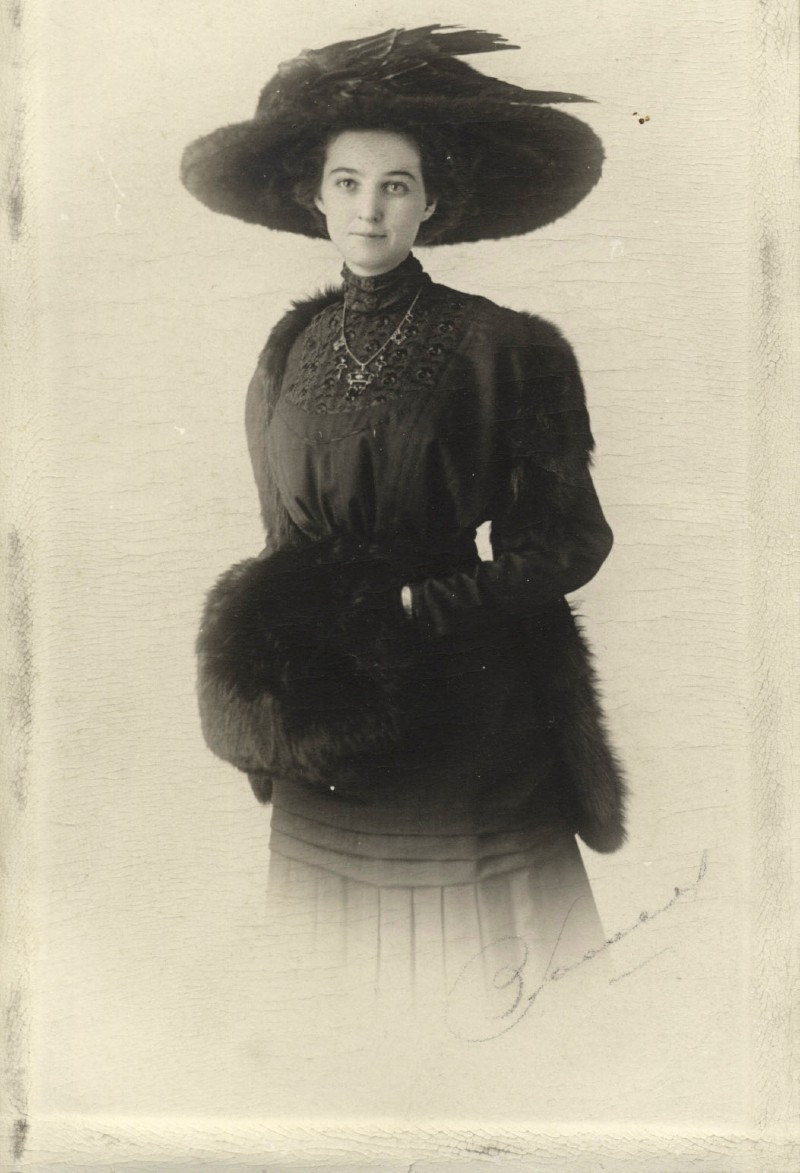 Photo by Texas State Library and Archives Commission on Wikimedia-Commons

Any type of jewellery, from necklaces and earrings to rings and brooches, could be designed for mourning. Lockets were particularly popular, but even watch chains, for men, were designed to indicate that the wearer was in mourning.

A brooch worn on a high collar was a typical Victorian fashion for women and was especially suitable for mourning as it highlighted the modesty of the wearer. 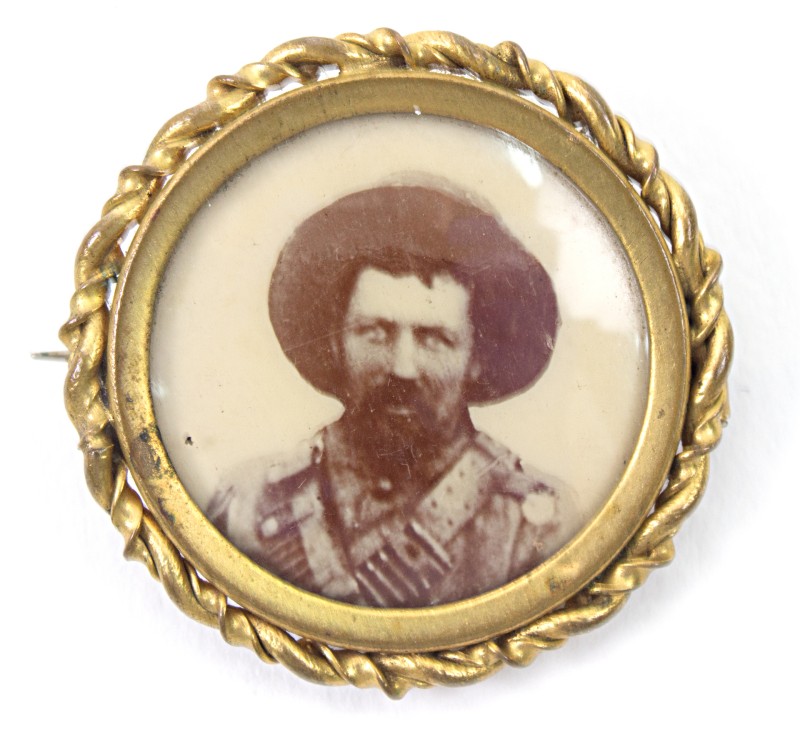 Mourning jewellery generally featured reminders of the person who had died, such as a photograph or even their hair, and symbols of death, love and grief.The most distinctive feature of Victorian mourning jewellery was the use of black settings and stones. This colour is still associated with mourning, but the Victorians invested a particular symbolism in it: the ‘privation of light’ was equated with the ‘privation of life’. Settings usually incorporated black enamel as well as gold and silver. 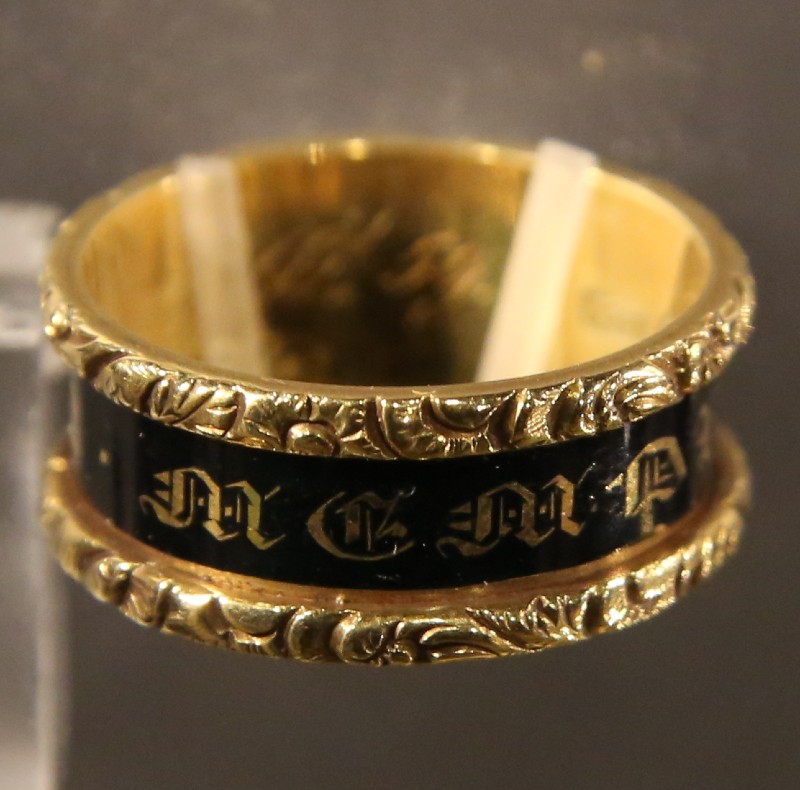 Photo by Geni on Wikimedia Commons

Jet can be collected in Whitby, Yorkshire, and there was enough demand for it to sustain several specialist jewellers in the town. An original Victorian jet workshop can be viewed at the Whitby Jet Heritage Centre.

Jet was very expensive, and was sometimes substituted by black glass or other materials, such as ebonite.

Before the 19th century making jewellery, such as bracelets, out of hair had become fashionable in Europe and the United States, but this was sometimes a token of affection for living people. 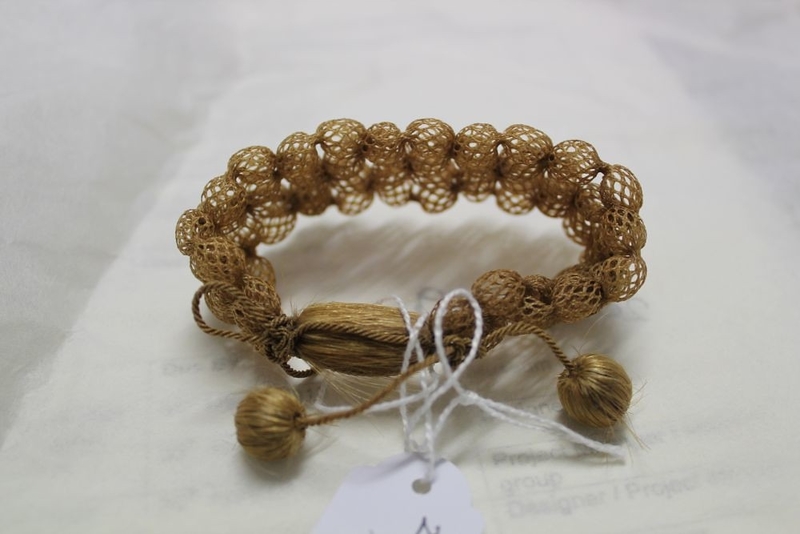 Photo by Mannum Dock Museum of River History on Flickr

Hair jewellery became particularly popular as a type of mourning jewellery amongst the wider public in the later 19th century.

Queen Victoria is reputed to have constantly carried a lock of Albert’s hair after his death and this also inspired an association of it with mourning, but many pieces of Victorian hair jewellery depicted intricate illustrations that featured detailed symbolism of death and mourning. 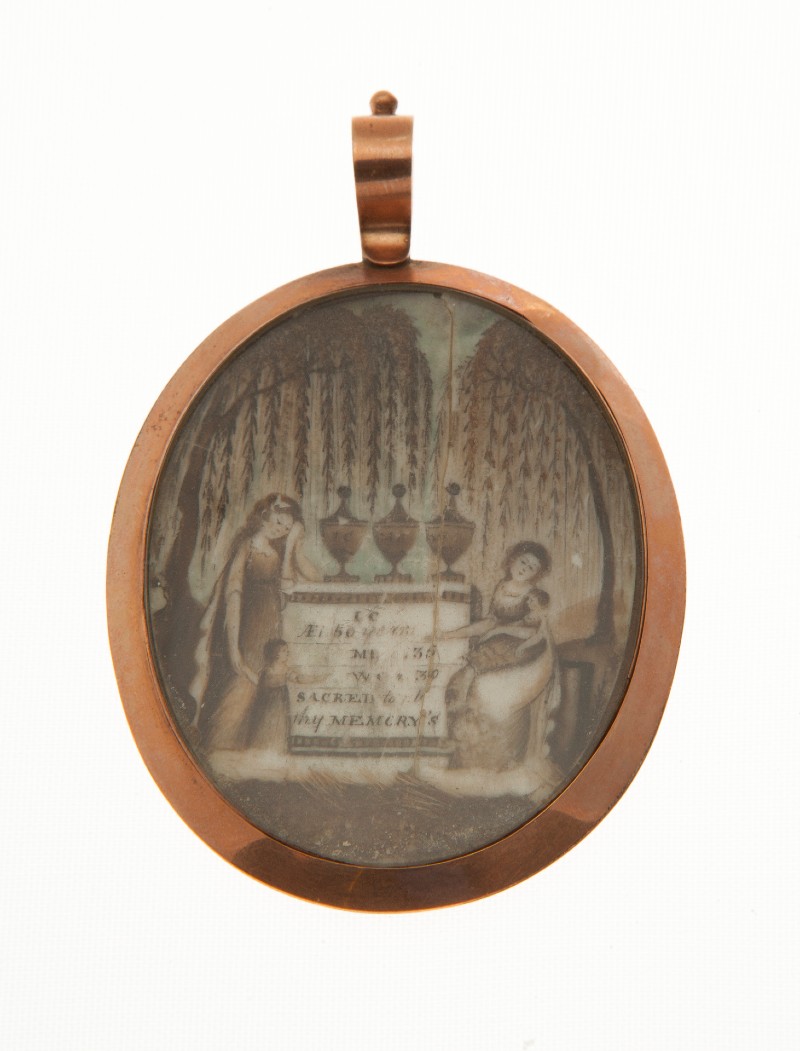 Apart from preserving hair, mourning jewellery also incorporated other symbols of bereavement in the design. Some, such as skulls and bones, were very morbid, but others were more abstract and require a knowledge of Victorian symbology. 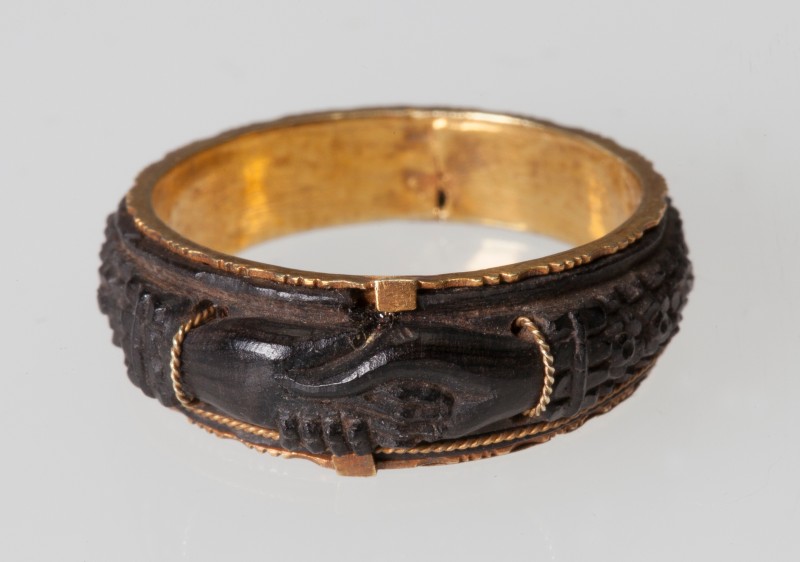 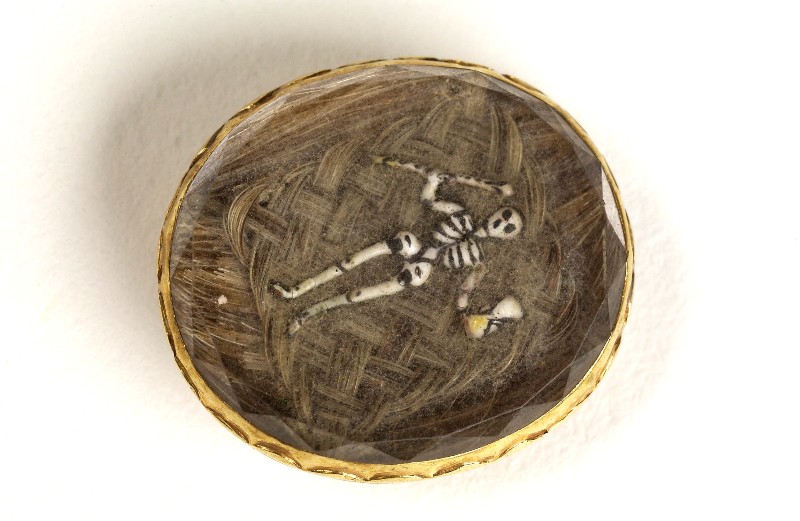 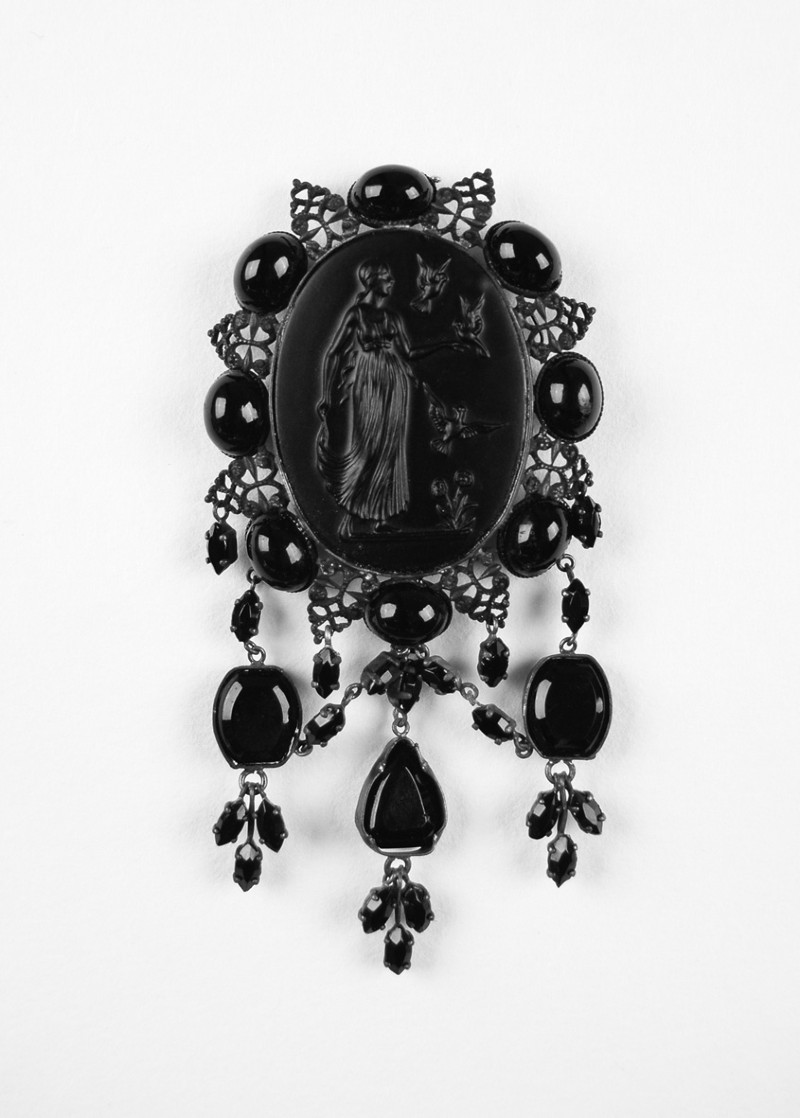 The Victorian language of flowers is a particularly well-known form of symbolism, and some were incorporated in mourning jewellery.

Thistles represented sadness and yew, eternal life. Unsurprisingly, forget-me-nots signified remembrance. A bud or half-open flower on a piece of mourning jewellery might indicate that someone was grieving for a person who died as a child or adolescent.

You can also find some of these symbols on old gravestones.

Mourning jewellery was one aspect of an entire culture of death, which started to decline after the 1880s. As with all fashion, what was once commonplace started to seem outdated and unattractive.

During the Edwardian period women became increasingly frustrated by the restrictions of 19th century dress codes and more independent in their attitudes towards fashion, including what it was appropriate to wear when mourning a bereavement. The spectacle of mourning clothes, for men as well as women, was questioned as old- fashioned and garish, and this included jewellery.

The practice continued until at least the 1920s, but the periods of mourning were reduced and it was gradually forgotten.

The restrictions of the 19th century were austere and not very sympathetic to the feelings of an individual mourner, but the abandonment of these outward displays of bereavement seem to have contributed to an increasing discomfort with talking about death at all.

Recently, however, we have started to rediscover the importance of discussing death and supporting bereaved people who want to display their emotions. 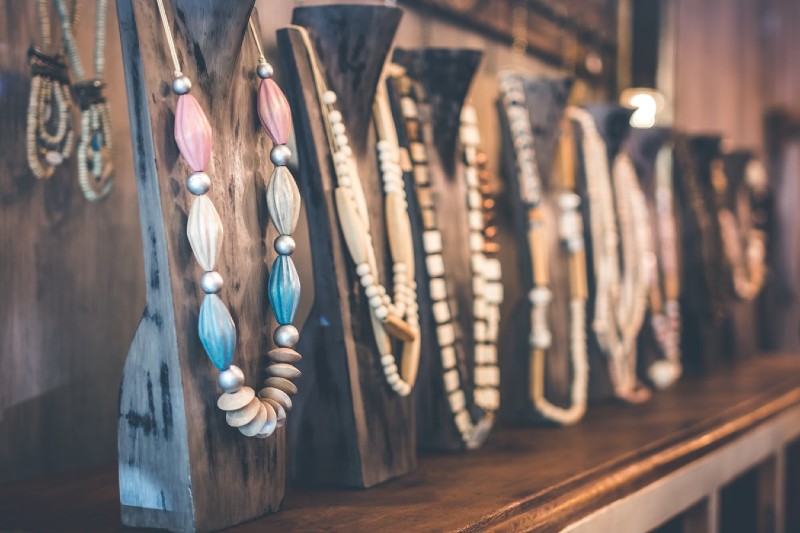 Photo by Artem Beliaikin on Unsplash

Modern memorial jewellery can be anything you want it to be, but its usually not black or morbid, and it's principal symbol is the close relationship between the wearer and their loved one who has died.