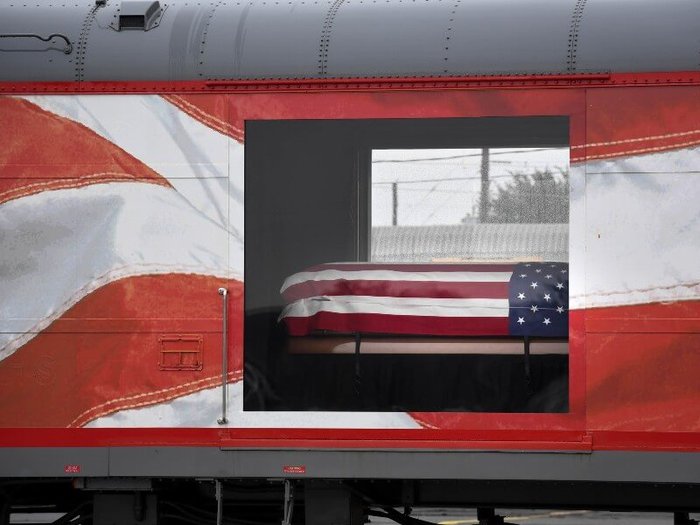 What is a funeral train?

There are two types of funeral train:

There have been several funeral train services around the world, but all of them stopped running after the popularity of motor vehicles superseded the need for funeral trains.

In Victorian Britain, the rising population in large cities caused difficulties finding space to bury people who had died.

In the 1840s a solution was proposed to overcrowding in London’s cemeteries. People who had died would be carried from the city to a large suburban cemetery in the nearby county of Surrey by train from the London Necropolis Railway Station in Waterloo.

After some initial opposition the British Government committed to the creation of the London Necropolis Railway Company.

The company invested in special carriages for the coffins that would only be used on its line, so that living passengers would never be seated in them, and the carriages for passengers accompanying their friend or relative on their final journey were segregated by social class and religion. Return tickets for mourners cost two shillings to six shillings (£8-£25). The fares for dead passengers were considerably reduced.

The trains departed from London Necropolis Railway Station at 11:40 and travelled through the ‘comforting scenery’ of the countryside before a funeral ceremony and tea at Brookwood Cemetery. 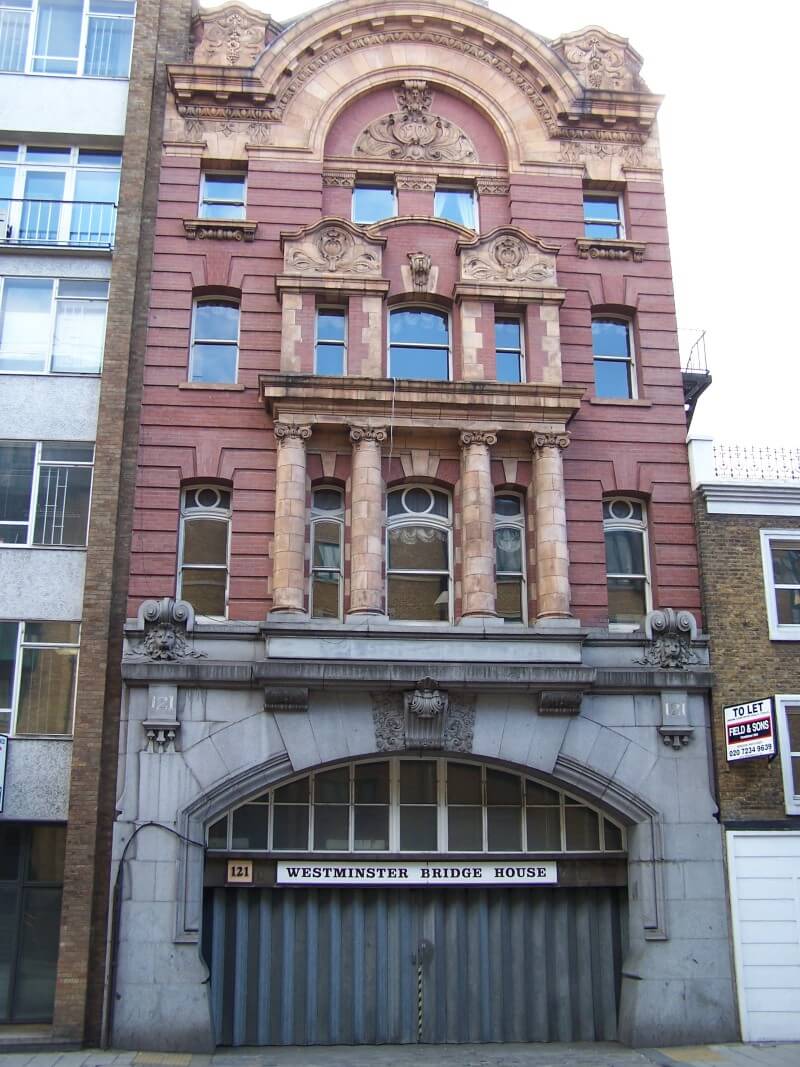 Photo by Davidmpye on Wikimedia Commons

The line was so popular that it eventually carried 2,000 people a year to Brookwood.

By the 1930s, however, the growth in road going transport reduced the services to once a week. After a bomb destroyed most of the station in 1941, the line was closed down. 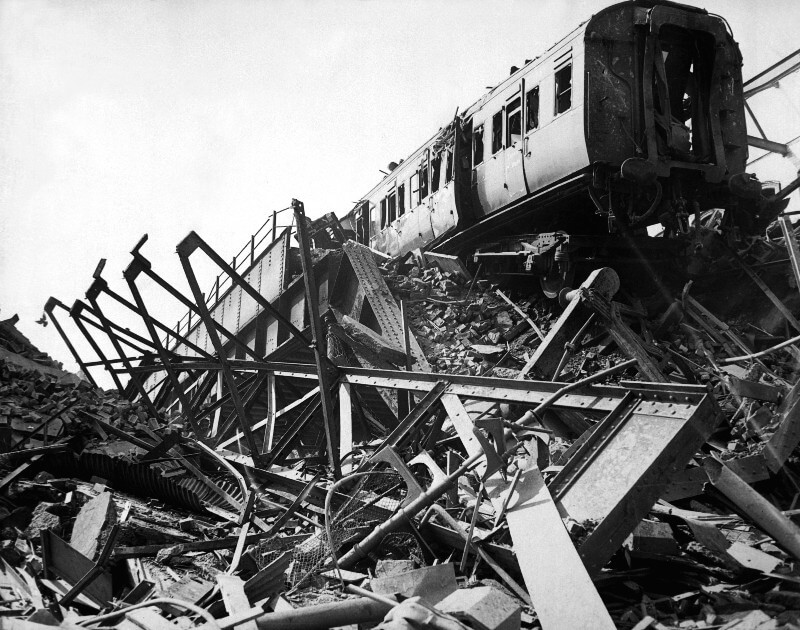 Photo by Ministry of Defence on Wikimedia Commons (public domain)

Rookwood Cemetery on the outskirts of Sydney opened in 1867, at the same time as the first railway lines in Australia. The Sydney Railway Company decided to build a branch line to take funeral trains out to Rookwood Cemetery. Trains departed from Mortuary Station, near Central Station, to Necropolis Receiving Houses near Rookwood. 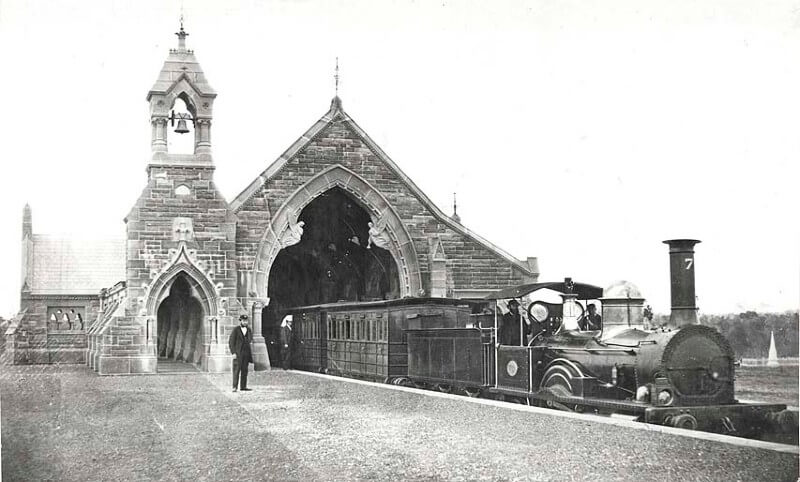 Two funeral trains ran per day, every morning and afternoon, with passers-by and workers doffing their caps as each train pulled into the station. The line was eventually closed in 1948.

Mortuary Station is still owned by Sydney Trains and is opened to the public on special occasions. Rookwood Cemetery Station was eventually disassembled and rebuilt in Canberra as All Saints Station.

One of the last funeral train lines was the Friedhofsbahn (Cemetery Train) between Berlin and Wannsee. The line was funded by both the Prussian Railway Administration and the Church. It opened in 1913 and was electrified in 1928.

The coffins were checked in and loaded onto the cemetery trains at the freight depot in Halensee and taken by train to Stahnsdorf South-Western Cemetery.

During the partition of Germany, one of the stops on the line, Dreilinden, became Check-point Bravo.

The line remained open until the 1970s when it and the station at Stahnsdorf were demolished.

Which famous people travelled on funeral trains after they died?

Many famous people have had equally famous funerals, and some were carried to their burial sites on dedicated funeral trains to allow mourners to pay their respects to them. 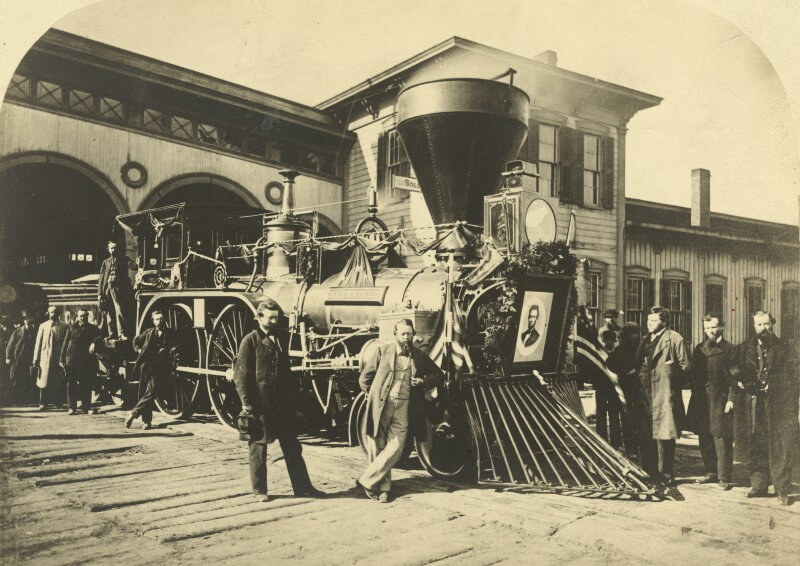 Photo by United States Library of Congress on Wikimedia Commons

In 1863, as the American Civil War drew to an end, the United States Military Railroad started building The United States, a train for President Abraham Lincoln to travel around the reunified country on. The train was only used for its official duties once, as Lincoln’s funeral train. It transported the President’s coffin on a two-week tour of communities in America.

Although Lincoln was embalmed using modern techniques, the condition of his body started to rapidly deteriorate and the funeral train tour had to be ended early before it started to decompose.

Lincoln’s family had never supported the tour and a private family ceremony was finally held in Springfield, Illinois.

In 2015, the 150th anniversary of Lincoln's death,a full-size replica of the train toured the United States. 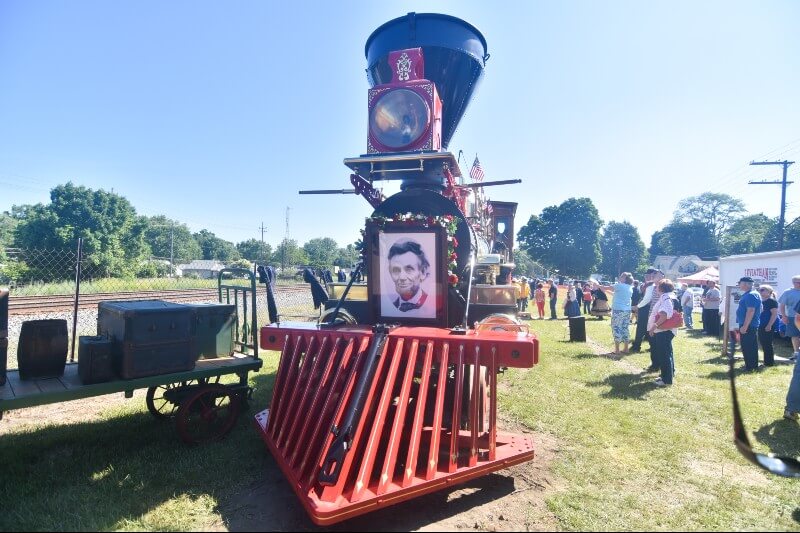 Vladimir Lenin had hoped to be buried next to his Mother in St. Petersburg, but on his death in 1924, Joseph Stalin decided to have his body preserved and placed on permanent display in Moscow.

Lenin’s body was transported from his estate in Gorki to Moscow on the U-127, which had served as the revolutionary leader’s private train during his lifetime. 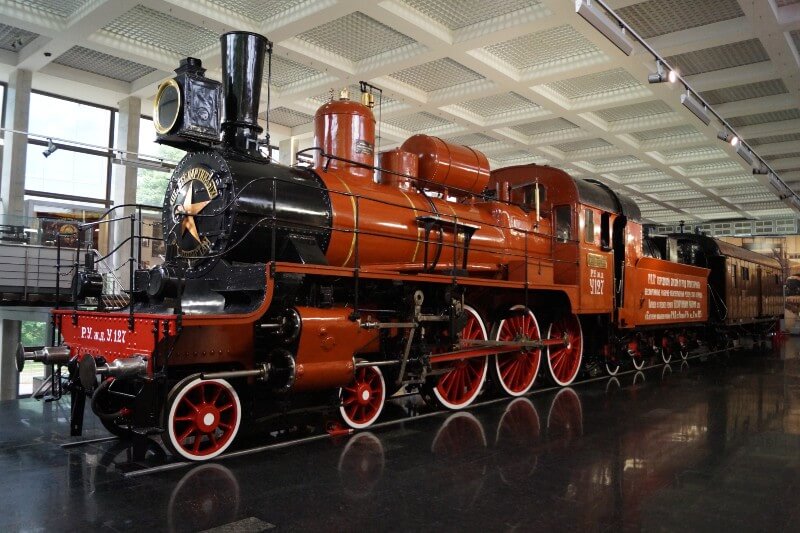 Photo by Near Emptiness on Wikimedia Commons

The U-127 was put on display in a museum in Moscow, before closing in the 1990s after interest had declined. The museum was eventually re-opened as the Museum of Moscow Railway in 2011, with the train still on display.

After his state funeral in London, Winston Churchill’s coffin was taken to a dock on the river Thames and lifted onto a boat to travel to Waterloo Station, where it was loaded into the baggage van of the steam locomotive Winston Churchill.

After the end of the Second World War, Southern Railway designed a Battle of Britain Class steam locomotive; the names of the engines were inspired by the Battle of Britain, such as Spitfire, Anti-Aircraft Command, Fighter Pilot, Lord Dowding and... Winston Churchill.

One of the carriages on the train for Churchill’s final journey was the Lydia, which was the Prime Minister’s Command Carriage when he travelled on trains during the Second World War.

After his assasination during the Democratic Primaries for the presidential nomination in 1968, Robert F. Kennedy was given a funeral in New York City that was watched by millions of people around the world.

Kennedy’s coffin was taken by train to Washington D.C. so that he could be buried in Arlington National Cemetery near his older brother, President John F. Kennedy.

Camera-men and a photographer, Paul Fusko, travelled on board the train to film devastated members of the public, including many marginalised communities who had looked to Kennedy as a champion of their cause.

In December, 2018 President George H.W. Bush became the first president since Dwight D. Eisenhower in 1969 to have his coffin transported on a dedicated funeral train. 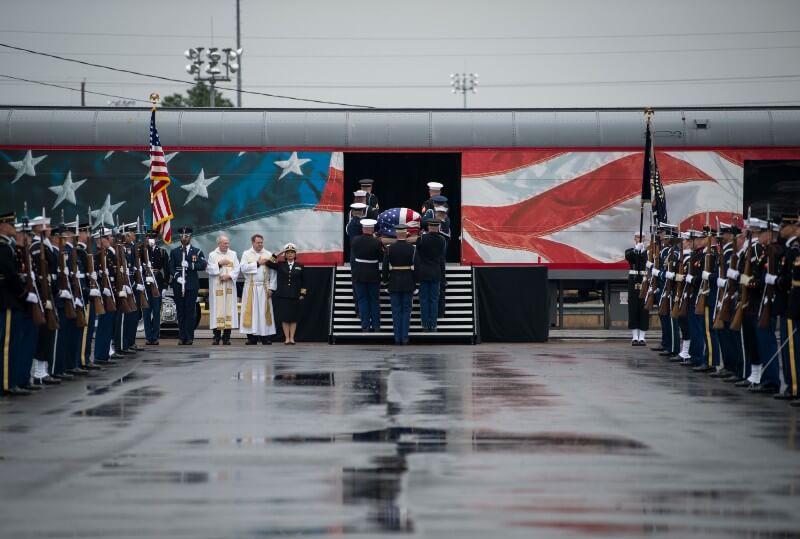 After his funeral in Washington National Cathedral, Bush Snr’s coffin was taken back to his home in Spring, Texas, before being placed on a train to travel across the state to the George H. W. Bush Presidential Library and Museum in College Station.

The Union Pacific 4141 was decorated with the livery of Air Force One. 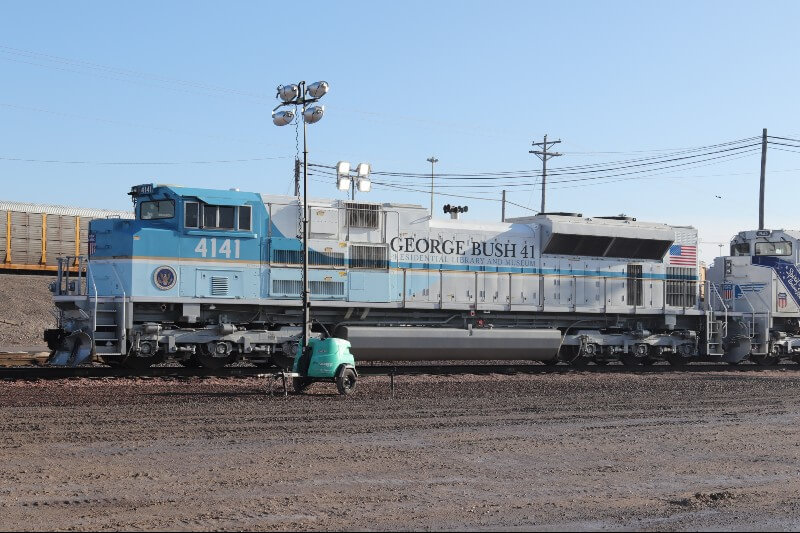 Photo by Aquascissors on Wikimedia Commons