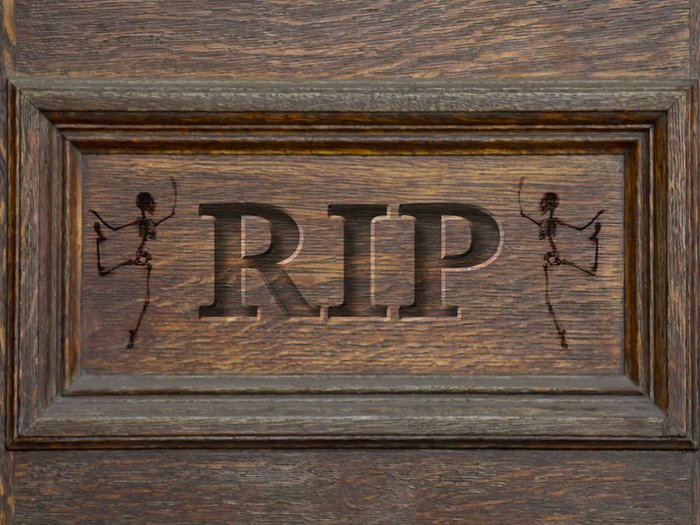 More and more people in the UK are considering alternative funeral ideas, to celebrate the life of someone who has died. From green burials to post-cremation memorials that conclude with a shower of fireworks, there are many ways to mark someone’s life and legacy.

Here, meet three remarkable figures from British history, who expressed unique funeral wishes and left detailed instructions about how they wanted to be laid to rest, their own way. 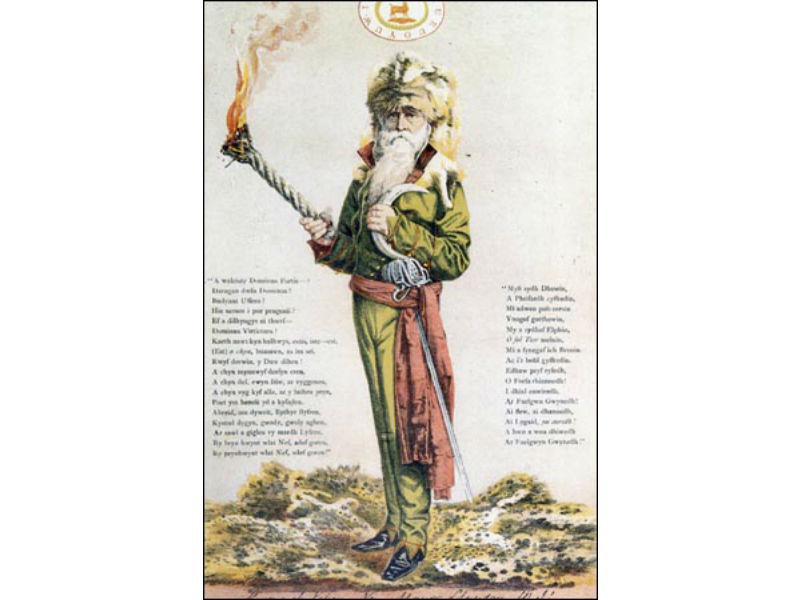 Neo-Druid Dr William Price, of Llantrisant, Wales, was an eccentric and alternative-thinker whose death-positive philosophy played its part in modern funeral rites. Born in 1800, he was a committed vegetarian and champagne-drinker, whose flamboyant green suits were often accentuated by a fox-skin headdress.

When his baby son Iesu Grist (Welsh for Jesus Christ) died in 1884, Price chose to cremate the child on an open pyre. Local people were horrified and rescued the five-month old’s body. Price was arrested and brought to trial. He argued that law made no mention of cremation being illegal.

Price was aquitted and the judge’s ruling, that cremation was legal, providing no nuisance is caused to others, paved the way for funeral pioneers to forge ahead with a high court ruling, which led to the first official cremation at Woking Crematorium in 1885. 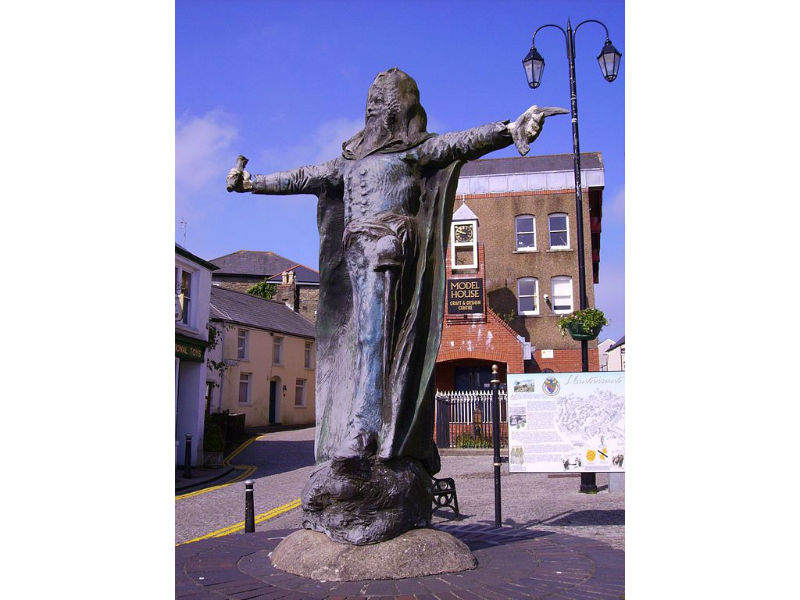 Dr Price died not long before his 93rd birthday, while drinking a glass of champagne. He was cremated in an iron coffin on a pyre heaped up with tons of coal, on a hillside overlooking Llantrisant, just as he had wished. Today he is remembered as the “Father of Modern Cremation.” 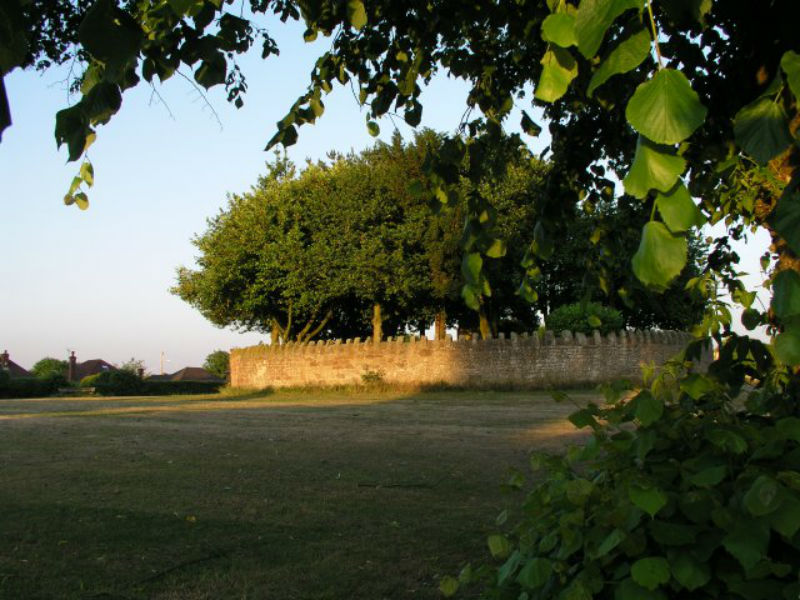 Charles Thompson’s burial site was a popular tourist destination in the 19th century, known as Thompson’s Mound. You can still visit, today.

A businessman who returned to his native Mansfield after a successful career, Thompson spent much of his money ministering to those less well off.

When he died aged 70 in 1784, he left bequests to clothe, feed and educate the local poor, as well as very detailed funeral wishes. These included paying “eight poor men” five shillings apiece to be his coffin bearers.

In his will, Thompson comissioned undertaker Edmund Bulbie to build him a “good, strong plain coffin,” with iron hoops affixed to help lower him into his grave. Thompson asked to be dressed in a flannel shirt, cap and with a slip of flannel around his neck.

Thompson also asked that gravedigger George Allen and his assistants be “handsomely paid” to dig a grave 18 feet, or as far down as they could go. 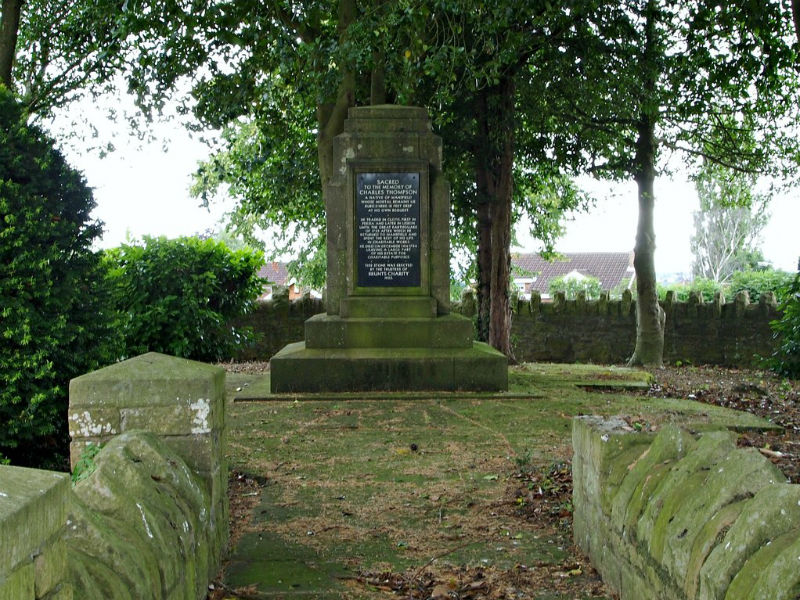 He requested his burial to be as quiet and private as possible, with the cortege avoiding the town centre as it made its way to his chosen burial ground. Word got out, however, and throngs of curious onlookers vied for a view of the unusual funeral.

Thompson chose a spot on Berry Hill Lane for his burial, where George Allen and his team were requested to build a circular wall with a 40 foot diameter around his grave. He left money to cover the cost of his grave being heaped with earth to form a mound, requesting that trees be planted upon it. 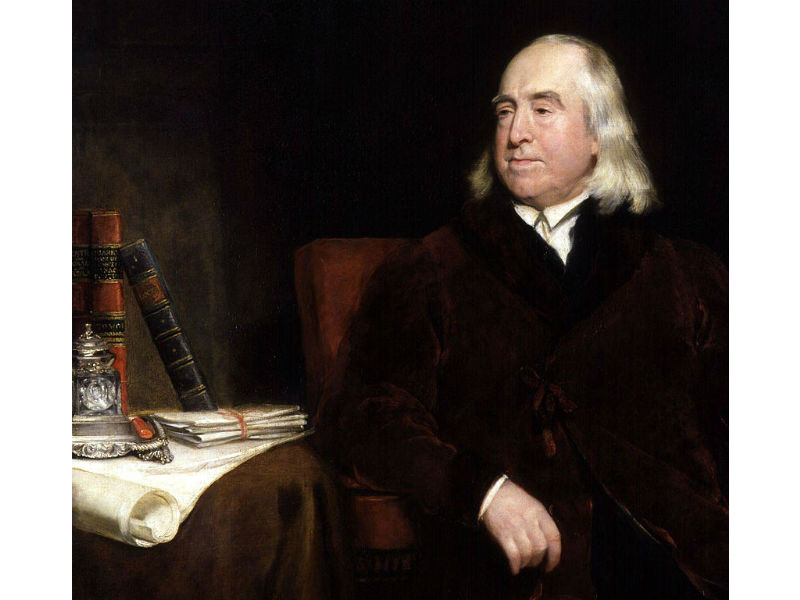 The philosopher, social and educational reformer was a groundbreaking advocate for equal opportunities. Although he died in 1832, it’s still possible to visit him today, because, just as he wished, his body was preseverved by science and he was never buried.

Bentham’s ideas contributed to the founding of University College London in 1826, which was the first in the UK to welcome women and students of any race, class or religion, on equal terms. Today, you can find him, wearing a broad-brimmed hat, buff-coloured breeches, black jacket and waistcoat, in a glass cabinet in the university’s South Cloisters, where he has sat for more than 150 years.

Bentham was an atheist, who wanted, when he died, to be turned into an ‘auto-icon’– in other words, preserved intact and put on display in a glass case. Should his friends and colleagues wish to commemorate an anniversary of his, he wrote in his will, the box could be wheeled into a meeting room to mark the occasion together.

Bentham left instructions to his great friend Doctor Southwood Smith, on how he should go about preparing him for display. “In such a manner,” he instructed, “that the whole figure may be seated in a chair usually occupied by me when living, in the attitude in which I am sitting when engaged in thought in the course of time employed in writing.” 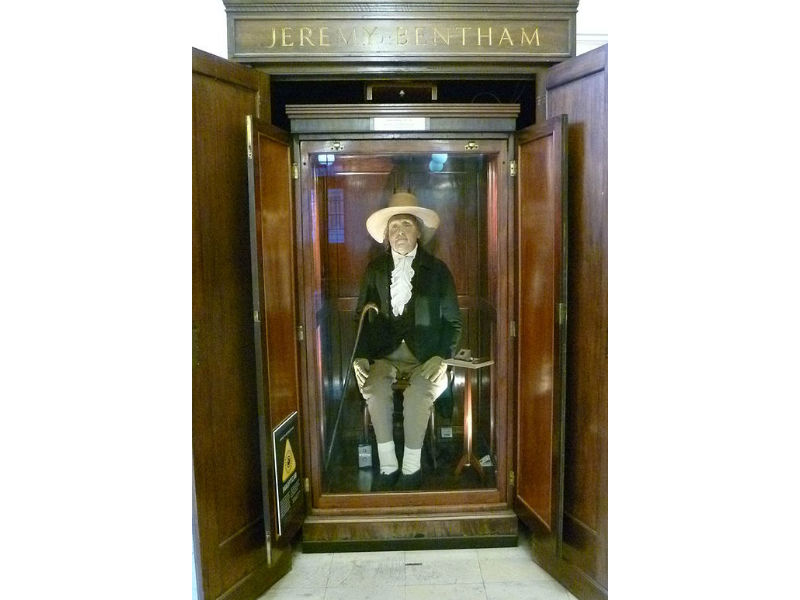 Bentham looks as though he is smiling benignly upon visitors, but on closer inspection, his expression is a little more pained. Unfortunately, a traditional New Zealand Maori method of preserving his head went terribly wrong, resulting in a rather frightening appearance.

A wax head was substituted and for many years, Bentham’s actual head was placed between his feet. Over the years, Bentham’s head was the target of many student pranks, and it was put into storage for safekeeping in the 1970s. It was recently reunited with Mr Bentham for a special exhibition at UCL, where in February 2018, a wake was held for him and glasses raised in his memory. The event was also an opportunity for ticket-holders to discuss how we view death and dying in society today.

Details of how you can visit the Bentham auto-icon at other times, can be found here.