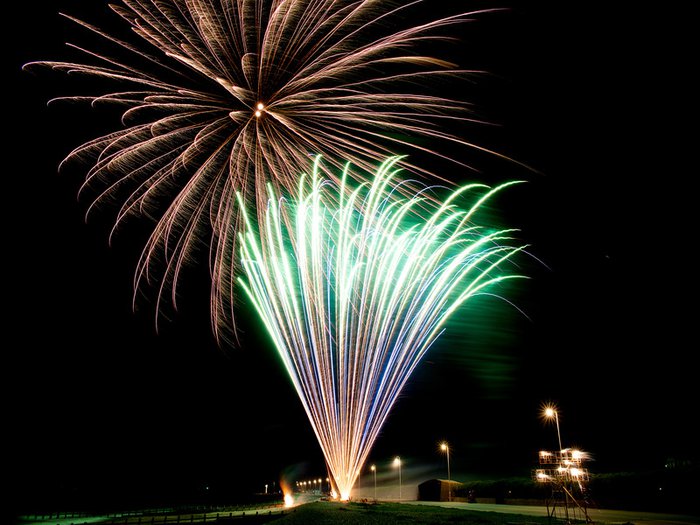 If you lived life to the full, then you may be the type of person who wants to go out with a bang. If that’s case, then a volley of spectacular pyrotechnics could be one way for your loved ones to remember, remember – scattering your ashes as they head to the heavens.

Around 5 November, Diwali and bonfire night fireworks traditionally light up the night skies, but for Heaven Above Fireworks, they are the ‘happier way to say goodbye’ – at any time of year. 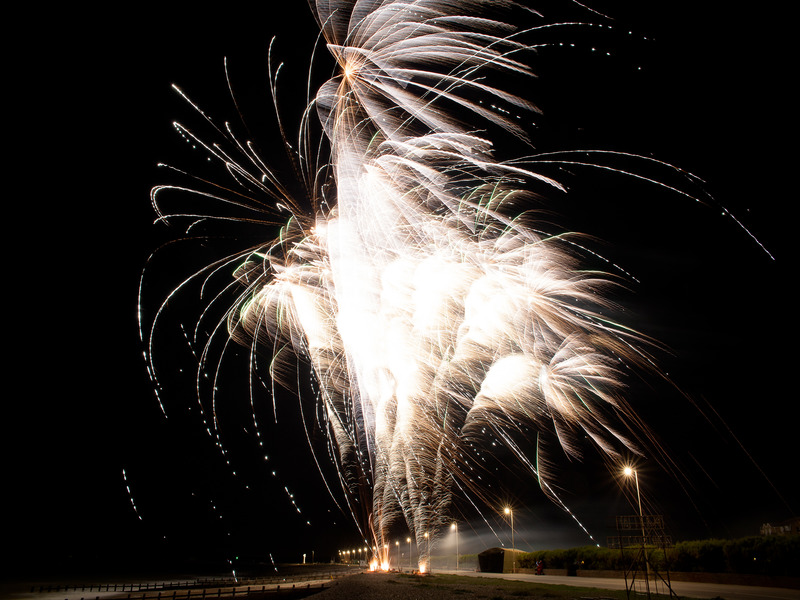 Since 2005, the Essex-based company has been fulfilling last wishes and commemorating lives with stunning displays, with fireworks made from cremation ashes. It’s arranged a beachside grand finale for the late Body Shop founder Dame Anita Roddick’s mother, a spectacular goodbye at Glyndebourne Opera, and last salutes for several soldiers killed on duty in Afghanistan.

"They’ll have huge smiles and tears running down their faces. It’s quite an unusual mixture of emotions"

“Although many people still see a religious service as a key part when someone dies, the subsequent disposal of ashes is being considered by many families and friends in more imaginative ways,” says Heavens Above’s founder, Fergus Jamieson.

“Most people now want to make the event a happier one. It’s not something that happens at the funeral ceremony, but some weeks or months later at a family gathering or party, once people have had the opportunity to grieve.” 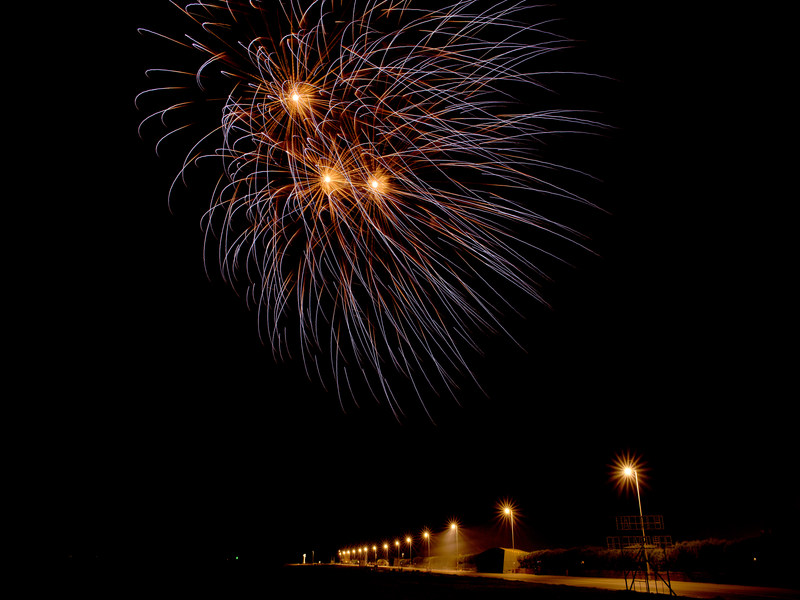 Heavens Above claims to be the only company in the country to exclusively focus on incorporating human ashes into its fireworks, which burst into blooming chrysanthemums, sparkling peonies and glittering willow formations.

Former motoring industry executive Fergus, who ‘retired’ 13 years ago, was inspired to begin the business after listening to a radio caller describe the joyful way she wished her ashes to be scattered. Why not? he thought.

The first person that Heavens Above commemorated was retired carpenter Ron Cooke, in 2005. Although the 83-year old had lived a fairly quiet life, his widow Olive and their sons decided a display of spectacular fireworks made from his ashes would be a terrific way to say goodbye, in the local park where he’d loved to walk. 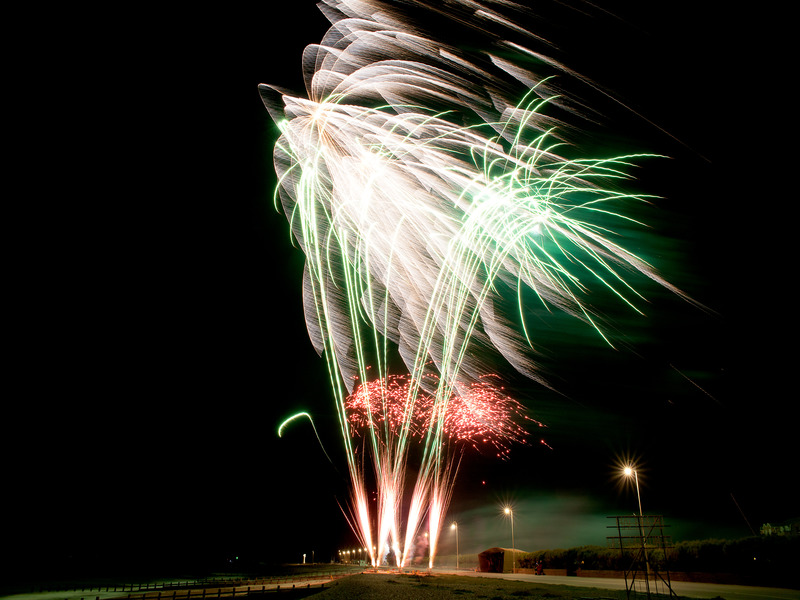 Since then, Fergus has organised hundreds of send-offs including from Jamaica Inn in Cornwall, over the Mersey in Liverpool and as far north as the Orkneys. Some are quiet and magical, provoking hushed ‘aahs’ and smiles, while others are vibrant – and volcanic.

One client wanted to go out in a funeral fireworks display to remind her family and friends of all the ‘colour, excitement and noise’ she’d generated during her life. “I liked that sentiment,” he says.

Another wryly requested The Who’s Won’t Get Fooled Again on her playlist, while the Parachute Regiment’s stirring quick-march, Ride of the Valkyries accompanied a paratrooper’s thunderous fireworks display –“like an ammo dump going off.”

For Fergus, who is a member of The National Association of Funeral Directors, working closely with the bereaved and terminally ill clients is an important part of the work he does. “We’re a small business and provide the listening that other fireworks guys are not really familiar with,” he explains.

“Discussions with the family and cremated remains are at all times handled with great sensitivity and respect.” 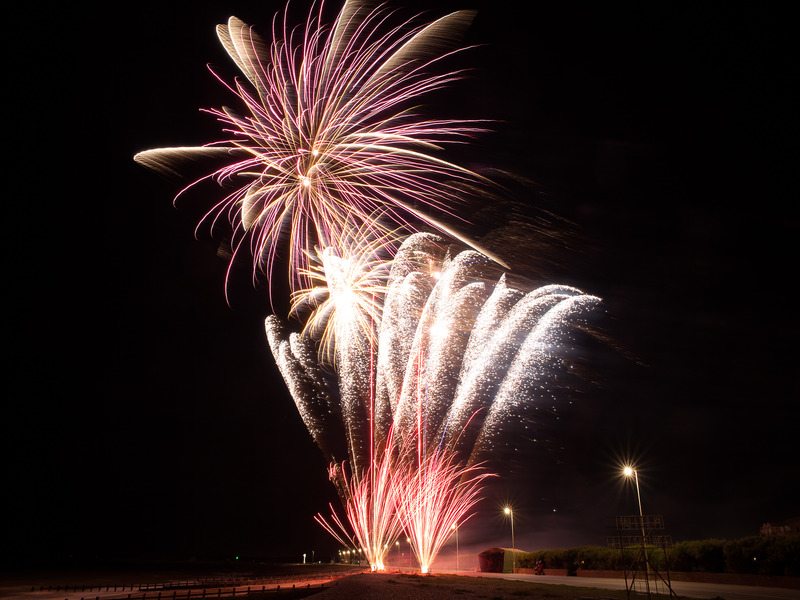 If you are intrigued by the idea of turning your ashes into fireworks, Fergus is also happy to advise, on an obligation-free basis, about how you can work it into your will. It's what he wants for himself when the time comes and he already has his own send off display mapped out.

He reveals the first volley will begin on the triumphant dah-dah-dahs of the theme from Superman. There’ll also be a little of Handel’s Music for the Royal Fireworks, plus Andrea Bocelli and Sara Brightman’s tearjerker Time to Say Goodbye. Oh, and, he adds, definitely I’m So Excited by the Pointer Sisters - “I just love it!”

So what’s your budget? Starting at £950 for a simple display and from £1,950 for one of its wow shows, Heavens Above can set its pyrotechnics to favourite music, bursting into hearts, flowers or even picking out your loved one’s name.

Alternatively, you can buy memorial fireworks online to set off yourself. These cost from around £300 for four Tribute rockets and each hold around 50 grammes of 'cremains'. If you really want to push the boat out, Fergus can also arrange for your loved one’s ashes to be zoomed above the atmosphere and beyond, on a genuine space flight. 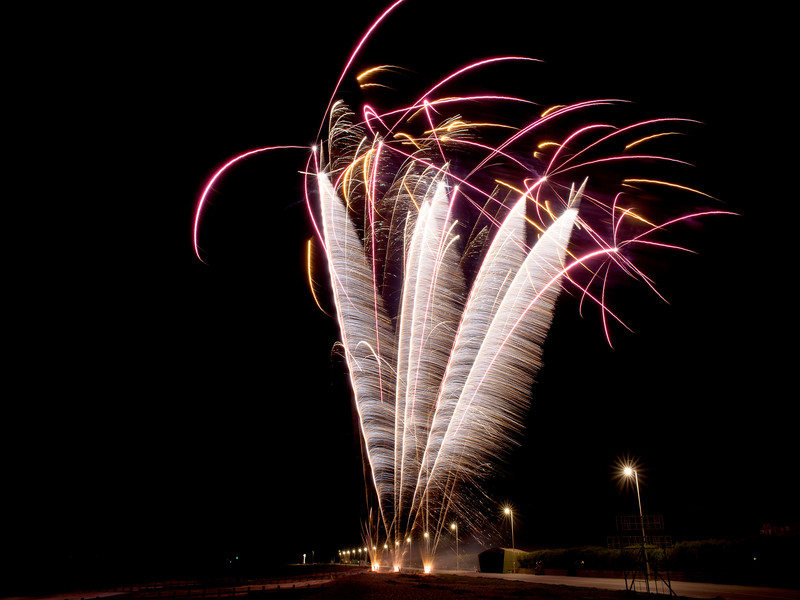 Heavens Above, which has raised more than £10,000 for charity, sometimes calls on the support of other companies when it puts on huge memorial displays. The 2015 British Fireworks Championship winner, Fantastic Fireworks, helped it create the stunning showcase which is featured in this blog.

“The end of a person’s life provides an opportunity to remember the wonderful times experienced together,” reflects Fergus.

“Our services allow family and friends the chance to get together and to say goodbye in a happier way. Everyone is always amazed at what we deliver. They’ll have huge smiles and tears running down their faces.

"It’s quite an unusual mixture of emotions, excitement and sadness, but they love it.”