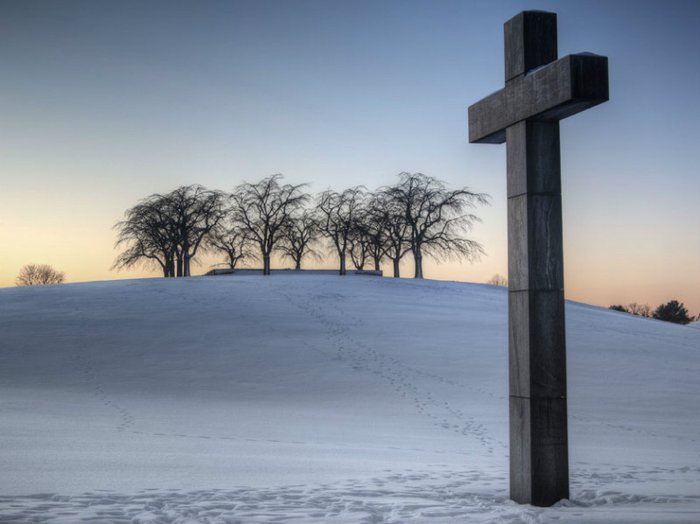 The Skogskyrkogården Cemetery in Stockholm, Sweden. Photo by Michael Caven via Flickr.

Getting your final affairs in order has had a Nordic makeover, with a philosophy called Döstädning, or death cleaning. A new book, set to be published in the UK later this year, champions the practice as a death positive way to help you declutter your life and make things easier for loved ones after you die.

In recent years, Brits have been enthralled by the Norwegian and Danish concept of Hygge, or comfortable cosiness, and more recently, Friluftsliv – the art of connecting with nature in the great outdoors. Now the Swedish art of Döstädning is set to get people thinking about the end of life.

Swedish writer Margareta Magnusson discovered the value of death cleaning after her husband died. The experience of downsizing her home and re-evaluating the many possessions and memories that she had collected over the years made her realise that getting your affairs in order isn’t just practical – it’s therapeutic too.

Death cleaning can take many forms, says Magnusson, from sorting family heirlooms and unnecessary clutter, to thinking about what you will leave as an inheritance. The true art of death cleaning is in combining the practical benefits of end of life planning with the emotional wellbeing that comes from reflecting on good memories and everyday blessings.

Magnusson’s book, The Gentle Art of Swedish Death Cleaning (How to Make Your Loved Ones’ Lives Easier and Your Own Life More Pleasant), has already secured publishing rights in 20 languages, including Japanese, Russian, Chinese and Romanian. Could Döstädning really take the world by storm?

Although the book isn’t due to hit bookshops until December, there’s already been a mixed reaction to the idea of death cleaning. Writing for The Guardian about Nordic trends like Hygge and Friluftsliv, reporter Danuta Kean says that death cleaning sounds “more like an episode of The Bridge than a feel-good way of creating a ‘new you for the new year’.

“Given our society’s horror of talking about the undiscovered country,” she comments, “I can’t see it catching on.”

However, it may be that “society’s horror” of talking about death is on the decline. Thanks to the death positive movement and social initiatives like Death Cafés and Dying Matters Awareness Week, people’s attitudes towards death, dying and bereavement are slowly beginning to change.

More than half of people living in the UK say they are more comfortable talking about death than they were five years ago, according to a survey by the National Council for Palliative Care. Sixty-four per cent of people surveyed said they wouldn’t have any qualms talking about death with family and friends.

Celebrities have done their part too, with football star Rio Ferdinand and Prince Harry among those breaking taboos and talking about grief.

Based on the idea that being open about death and dying can improve life, the death positive movement wants to get people talking and planning for their final days. The idea is that increased awareness of death will help you treasure every moment and make things easier for loved ones when the time comes. It’s a philosophy that is reflected in Margareta Magnusson’s Döstädning.

After all the hype of Hygge, and bemused Norwegians asking why Brits need a handbook for being cosy, it’s understandable why people are sceptical about the value of Döstädning. However, there’s good reason to think that this isn’t just another reason to sell knitted sweaters. Death positivity has already begun to catch on around the world. There’s no reason why we shouldn’t embrace death cleaning as another way to be more prepared for the end of life.