Rio Ferdinand is writing a book about his journey through grief 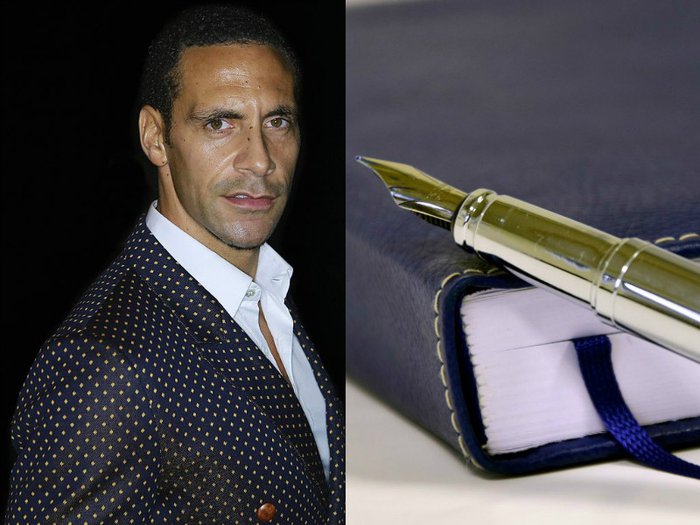 Rio Ferdinand is set to open up about his courageous journey through grief, in a book due to be published later this year.

After touching the nation’s hearts in a TV documentary about young widowhood, the former England and Manchester United star will be opening up about the challenges of parenthood and coping with bereavement in a book called Thinking Out Loud: Love, Grief and Being Mum and Dad.

Rio said he is writing the book in the hope that he can inspire others who are struggling with loss and grief to find the help they need through the most difficult of times.

Earlier this year Rio, whose wife Rebecca died in 2015, met other families coping with loss, as he spoke honestly about his own challenges and heartache while caring for the three children he and Rebecca had together.

Filmed going about daily life with their kids Lorenz, Tate and Tia, Rio was praised for his “soul-bearing” and “uncompromising” honesty in documentary Being Mum and Dad as he admitted: “I don’t have answers for [them] and it’s worrying and daunting.”

Among the bereavement charities to welcome how Rio is breaking taboos and talking about loss, grief and coping without a life partner or parent, is Widowed and Young, which supports people up to the age of 51 who have been bereaved.

WAY member Stuart Scarbrough, who has been raising two children since his wife Katie died in 2013, said: “It’s great Rio is raising awareness of how hard it is to cope as a young widowed parent, and particularly acknowledging that it’s difficult for men to know where to turn to and how to deal with their grief.”

Rio’s wife, Rebecca Ellison, was just 34 when she lost her battle with cancer. Focused on bringing up their three children without her, Rio revealed that he had struggled to grieve ‘properly’ and fully process Rebecca’s death in his own mind, as he maintained a stable and loving environment for his children.

His story will relate how he met, married and lost Rebecca and the grief both he and their family endured. It will also chart the advice and support that has helped him through each day, as the family strive to piece themselves back together.

As well as documentary Being Mum and Dad, Rio, who’s now a TV sports pundit, has made a short Heads Together charity film with Prince Harry on mental health. He has also worked alongside grief support charities Child Bereavement UK and Jigsaw.

He is co-writing Thinking Out Loud with Guardian journalist Decca Aitkenhead, whose own inspirational book, All At Sea, recounts her own journey through grief after the death of her partner Tony.

Jeff, who is an ambassador for bereavement support charity Grief Encounter, has spoken frankly about the uncertainties and challenges of bringing up his own two young sons after the death of their mum, reality star Jade Goody, in 2009.

In an earlier interview with the Huffington Post, he revealed: “The pressure of responsibility was overwhelming – even during positive moments like when one of the boys played their first football game, I wanted to share them with her.”