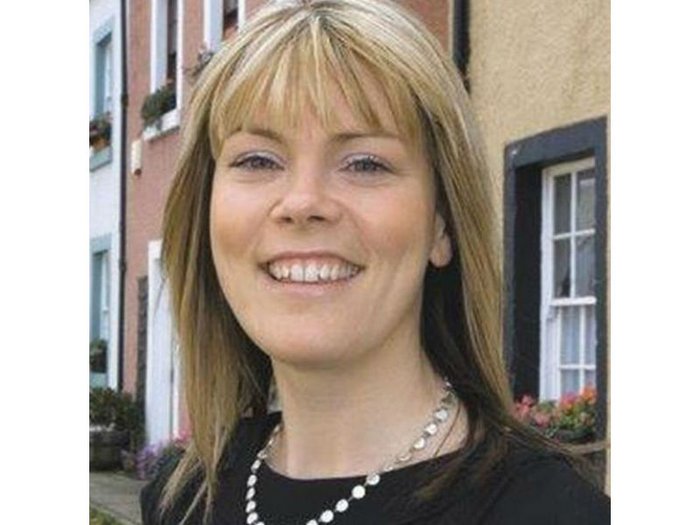 “Funeral directors are pivotal in society,” says Natalie McKail, who has just stepped into a ground-breaking new role as Scotland’s first Inspector of Funeral Directors.

“A lot of people don’t think about contacting a funeral director until they have to and don’t always plan for it, so it could be under very difficult emotional and financial circumstances. It’s crucial therefore that funeral directors are professional and do what we expect of them.”

Across Scotland and the wider UK, the funeral profession has broadly welcomed Natalie’s appointment to the role which may shape national rules and regulations for the funeral industry.

“I’m really looking forward to it,” says Natalie, who began in office last week and is gearing up to hear the views of members of the public as well as funeral directors, health professionals and other organisations with a connection to funerals and end-of-life services.

“In the main, customers will receive a high level of service, but we need to reassure customers that that will always happen.”

What is the Inspector of Funeral Directors' role?

The National Association of Funeral Directors (NAFD) and National Society of Allied and Independent Funeral Directors (SAIF) have warmly welcomed her appointment. These member organisations, which currently represent around 80 per cent of the UK’s funeral homes, already have their own strict codes of conduct to abide by. In April, they announced a joint agreement to work together to ensure “effective and efficient regulation” of funeral directors in Scotland.

In what is initially a two-year post, Natalie will be looking at what funeral directors currently offer in Scotland and how their services link up to other organisations that support the bereaved. She’ll be making a note of good practice that she feels should be an industry standard, as well as recommend areas that could be improved. She’ll be reporting her findings to Scottish Government ministers, who’ll ultimately decide on regulations and the potential licensing of the profession.

The role of Inspector of Funeral Directors was created in response to recommendations laid out by Dame Elish Angiolini and Lord Bonomy in wide-reaching reports which followed the investigation into Mortonhall Crematorium and a number of crematoria, organisations and authorities linked to Scotland’s “baby ashes scandal”.

In her previous role with the City of Edinburgh Council, as lead Senior Manager for the Mortonhall response, Natalie worked closely with bereaved families affected by personal tragedies uncovered by the investigation – which included the scattering of ashes without the parents’ knowledge or consent.

“I worked with affected parents to build broken trust to allow them to understand that we were very sorry about what had happened historically, and to work with them to demonstrate that we had improved our practice and that it would never happen again,” she says.

“I think it’s absolutely imperative that people are able to say goodbye to their loved ones in a dignified way, which marks and reflects the life of that individual and the relationships that people have had with that individual, whether it’s a direct family member, a work colleague, or friend.

“People travel hundreds of miles to a funeral and take time off work, so they want to show their love and respect. That’s certainly something we would want funeral directors to support. This role is about ensuring that the operational environments and the professional services of funeral directors can allow for that to happen.

“It’s also a function of the Inspector role to look at what sort of form any regulation might take moving forward,” she adds.

“There’s been a fairly active debate specifically on the back of Lord Bonomy and Dame Elish’s reports and the Scottish Government and Ministers have requested that I explore whether there should be any form of licensing of funeral directors introduced in Scotland.

“It’s very likely there’ll be some good debate around that subject because of course there’ll be people who very much support regulation and some sort of licensing. Others may feel that through their own self-regulation and codes of practice, the way they operate is very professional and that licensing’s something they don’t want to see introduced.

“So it’s really about leading that debate in Scotland, getting through the doors of funeral directors to assess operational practice and going out and meeting people within the sector. I am also interested to hear more about the joint code of practice being introduced by NAFD and SAIF.”

Letting people have their say

A fifth of funeral directors are not NAFD or SAIF members however, so part of the Inspector of Funeral Directors’ role will be to ensure that every funeral home in Scotland meets an agreed standard of service and code of conduct.

“For the first couple of years, I will be building those relationships so I understand what the views are, right down to grass roots level,” she says.

“My background is in regulatory function, but also community planning so I’m very much aware of the benefits of having really good debate and letting people have their say.”

Funeral Guide is among the organisations keen to be a part of the debate. It was inspired to launch its own online resources and independent funeral reviews – which are written by bereaved families – so it’s easy to find the information needed when someone dies.

Natalie will also be launching a clear complaints procedure for members of the public who feel they were let down by a funeral home. Any complaints left unresolved through published complaints processes, or of a very serious nature, would be down to her to assess and try to resolve.

Although there has been much debate in the media over funeral costs, funeral pricing itself will not directly form part of Natalie’s remit and the Scottish Government currently has a separate working group looking into funeral poverty.

“The work I will do will feed into the working group looking at this in Scotland but it is not part of my immediate remit,” she explains.

“I think everybody would say no matter whatever sector you’re in you’d want transparency in what it is you’re paying for. As I understand it, those funeral directors who are members of the NAFD or SAIF are already obliged through their code of practice to be very clear in terms of pricing and to make that available to consumers at the point at which they are making a selection around their options.”

Natalie will be looking at how other funeral homes make their pricing clear as she meets and engages with people over the coming months, but it’s too early, she says, to give definitive answers in the very initial stages of her role.

The aim of any regulations, though, will be to ensure that the bereaved get the high standard of service they expect and pay for. But will this involve complicated or costly ‘red tape’ that may affect funeral homes serving small or remote communities, which have their own traditional ways of doing things?

That is not the intention, says Natalie, who says regulation should not become a burden: “One of the things we’d want to do is support innovation and enterprise so this isn’t about regulation squeezing out smaller operators at all. If you introduce a scheme of regulation, it needs to allow for flexibility around the model of service delivery.”

Likewise, she says, it is not intended that regulation would prohibit people from carrying out DIY funerals, or laying out their loved ones at home.

“It would be about promoting choice and supporting people with professional advice. We would encourage the sector to respond to that, work through options and be able to give people sound advice in those circumstances. This is about making sure there’s consumer choice.”

Many funeral homes in Scotland that will have to abide by regulation are owned by groups that operate across the wider UK.

One of the things the Inspector of Funeral Directors will also look to explore is how English funeral homes based close to the border and serving communities on either side, will have to adhere or adapt to Scottish regulations or licensing.

“I think there’ll be a watching brief, taking account of what happens in Scotland, in developing the position south of the border,” says Natalie.

“I’ll be making recommendations that are appropriate for Scotland, but we’ll obviously have wider discussions and I’ll participate in discussions south of the border and be happy to do so.

“I hope we have a future where the bereaved in Scotland and the UK continue to feel supported by funeral directors.”