Good Grief Cafes– a community movement for the bereaved 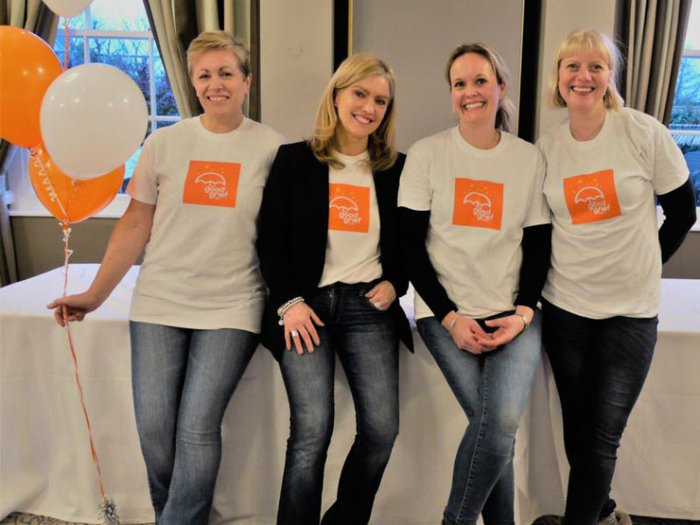 One thing that helped Linda Magistris cope with grief after her partner Graham died, was to connect with a peer support group of like-minded people who ‘got it’.

“When I started opening up and talking to people, I knew I’d found the help I needed to see me through the painful phase,” she says.

Linda is behind a Grief Cafe movement that she aims to become a nationwide network of informal spaces where people can talk and share about their loss. 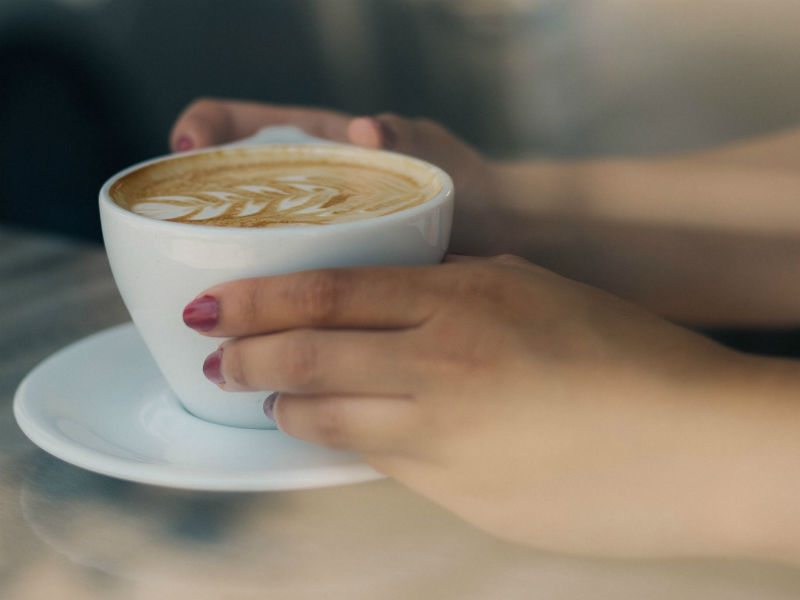 She is already behind charity The Good Grief Trust, a one-stop shop for people seeking counselling services and support groups in their local area, after bereavement.

The launch of the Good Grief Trust’s inaugural pop up Grief Cafe in September saw members of the public, healthcare professionals and support charities come together to talk about grief over tea and cake, at King’s College Hospital in London.

The pop up cafes will be informal spaces where people can openly express their feelings, share their sadness and feel supported by others. 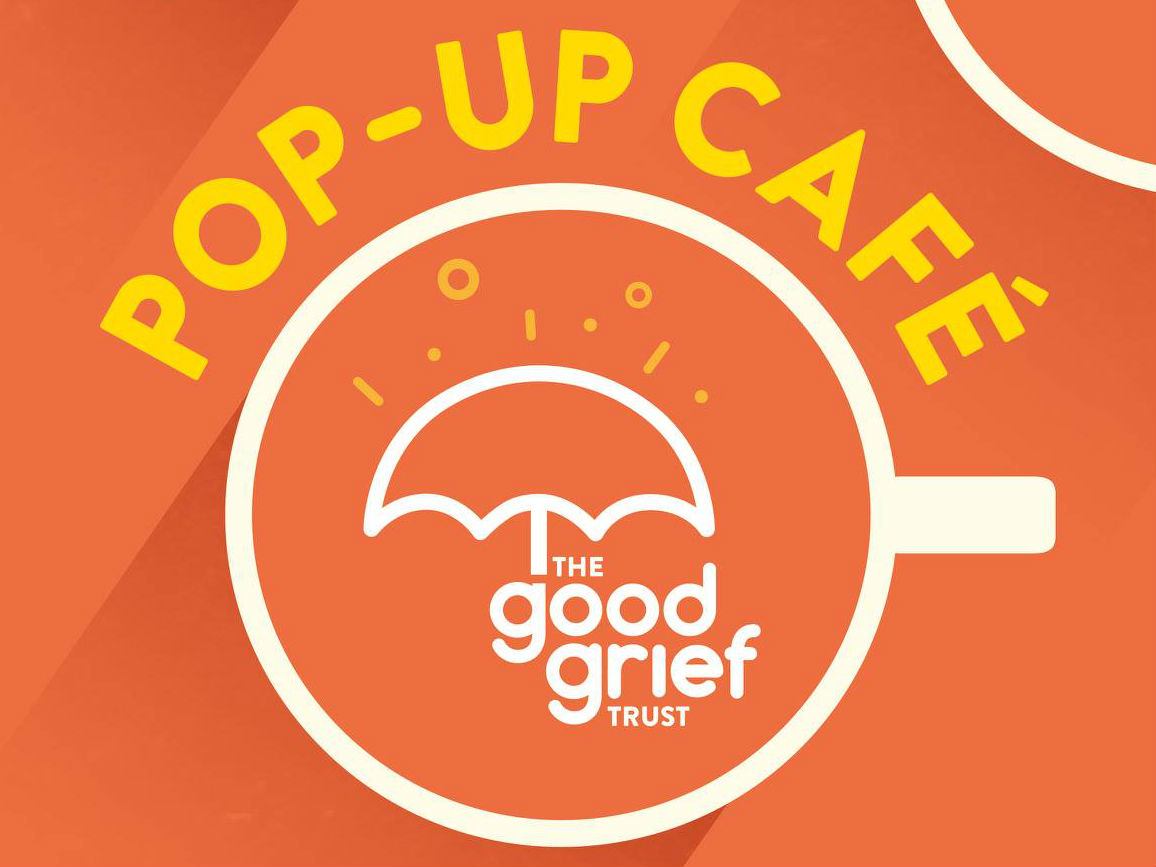 “People need to know that they don’t have to suffer alone,” says Linda, who found it difficult to find the help and support that she needed, when Graham died in 2014.

“If they can make it to these cafes, they can talk to others and feel supported in a positive atmosphere.”

Struggling to cope with her own overwhelming loss when Graham died, Linda found no grief support available locally and had been unaware of many of the support charities founded to help the bereaved.

“I really struggled to find support during a very painful time,” says Linda, who says she resorted to pretending to live in a different London borough to be placed on a waiting list for bereavement support from a major charity.

Browsing online, she stumbled on what turned out to be her lifeline – bereavement charity Widowed and Young – which supports and connects people who have lost a spouse or a life partner around the UK.

“What I needed the most at that point was to speak to other people who lost a husband, wife or partner.” says Linda, who wanted to make it easier for other people to find grief support, where and when they need it. 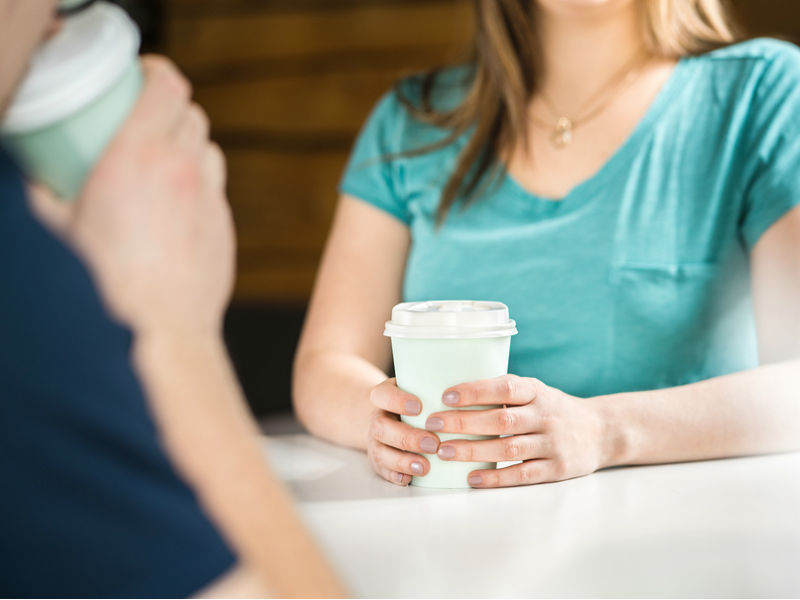 “We talk about grief fatigue – and it can be very difficult to talk to friends about your grief.

“People have an image in their mind that after the funeral, you’ll get ‘over’ it. Unless they’ve been through a bereavement, they have a very different understanding of what grief is.”

The Good Grief Trust was launched in 2017 as a one-stop-shop for bereavement resources. Its focus is to help people find accessible grief support where and when they need it, through an online directory which charities, helplines, peer-to-peer support groups and online forums of all sizes are encouraged to add their details to.

The website now lists more than 500 charities, professionals, organisations, forums and communities providing advice, help and support to the bereaved.

At the launch of The Good Grief Trust’s first pop up Grief Cafe, Linda was presented with the Prime Minister’s Point of Light Award for her work – an honour which recognises the outstanding contribution of volunteers in UK communities. 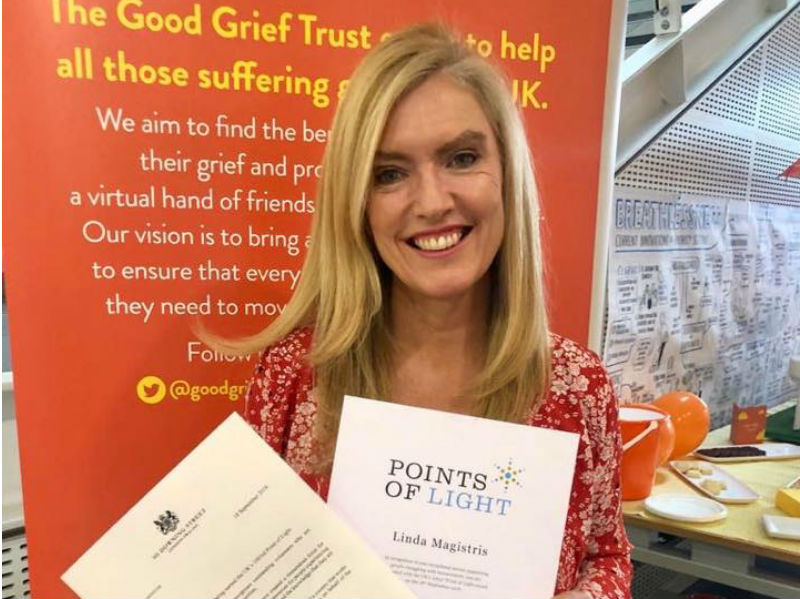 The idea is that each cafe will be hosted by volunteers with some experience of bereavement, with the Good Grief Trust providing resources and information to anyone interested in organising an event and supporting other people to take part in the conversation.

“It’s a such a release; you’re talking to people who, yes, are strangers, but have experienced a similar heartache and pain,” says Linda.

“You instantly feel at home and relax. That’s the idea of the Grief Cafes. When you talk with people who’ve had a bereavement, there’s a direct bond.”