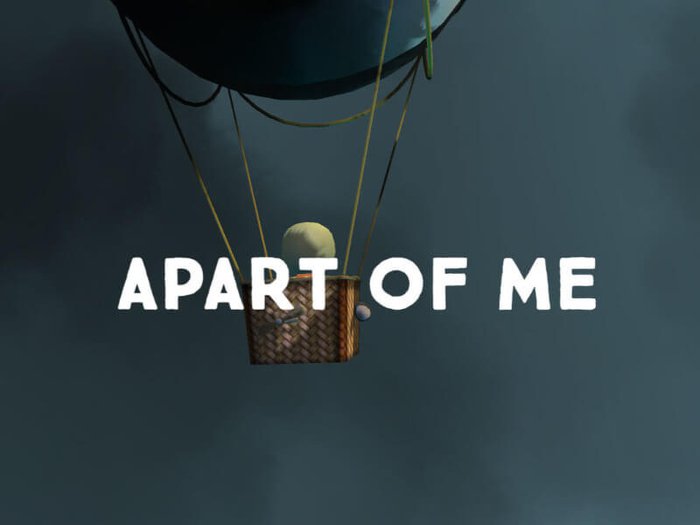 All images courtesy of Bounce Works

Supporting a child through grief is fraught with challenges. But pioneering social enterprise Bounce Works has created an app, Apart of Me, to help adults and children connect and have conversations about death and grief. The beautiful mobile video game takes its users on a journey across a peaceful tropical island, where they can learn how to express their emotions and develop coping strategies that will help them on their own personal journey through grief.

Now Bounce Works is hoping to crowdfund £30,000 to develop the next stage of Apart of Me, adding new features and reaching out to more children to support them through bereavement. With organisations like Unicef exploring the app’s potential for refugee children who’ve lost a parent, Apart of Me could be vital in supporting thousands of bereaved young people around the world.

Louis Weinstock is a child psychotherapist with 16 years’ experience helping marginalised, disadvantaged young people. Three years ago, he teamed up with software engineer Ben Page to found Bounce Works, whose mission is to overturn the growing crisis in mental health among our youth by creating engaging and effective digital products and services.

“Our children are digital natives," says Louis. “They grow up in this world. There are many companies spending millions of pounds to get young people hooked on their technology, often with negative consequences.

“I realised we needed to meet young people where they are at, learning from some of the techniques of these major companies to capture young people’s attention for just long enough to be able to make a positive impact on their wellbeing and hopefully get their attention hooked on something that will help them build emotional resilience.”

Apart of Me is designed to be a ‘safe virtual space’ for young people to explore death and grief. He explains that for many children, the opportunity to explore emotions related to bereavement can be few and far between. 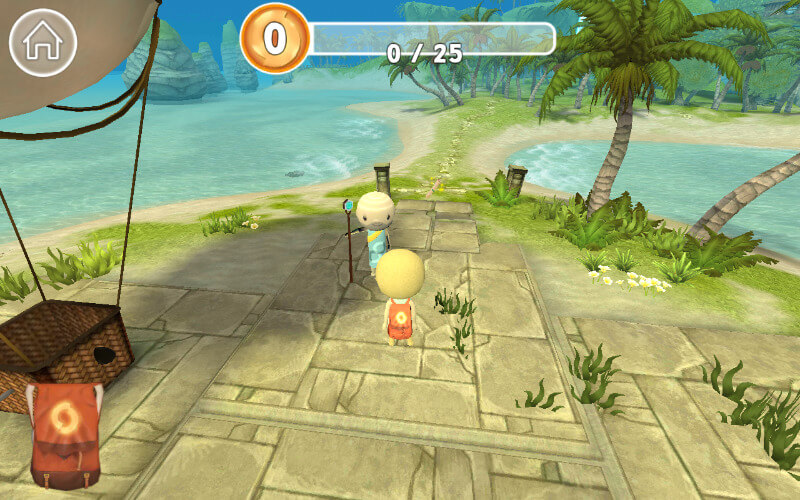 Landing on the island in Apart of Me.

“We wanted to create a tool that helps people have open, direct conversations with children about death,” he says.

“Children get excluded from conversations. For Victorians, death was everywhere and people were open to talking about it. Things have changed. I think it’s because we’re living longer. Death gets pushed down into the shadows, we don’t want to think about it.

“Kids don’t have open, honest, clear conversations about death. It’s a confusing time anyway, because they’re still developing their identity, but the confusion and sense of isolation can intensify dramatically when they lose someone.”

If a parent has been given a life-limiting diagnosis, or the child has already lost someone close to them, Apart of Me is a digital platform to make their journey through grief a little easier.

It begins with your character whirling through a stormy sky in a hot air balloon. Landing on a lush, green island, you embark on a trek across the landscape, guided by your wise friend, the Oracle. 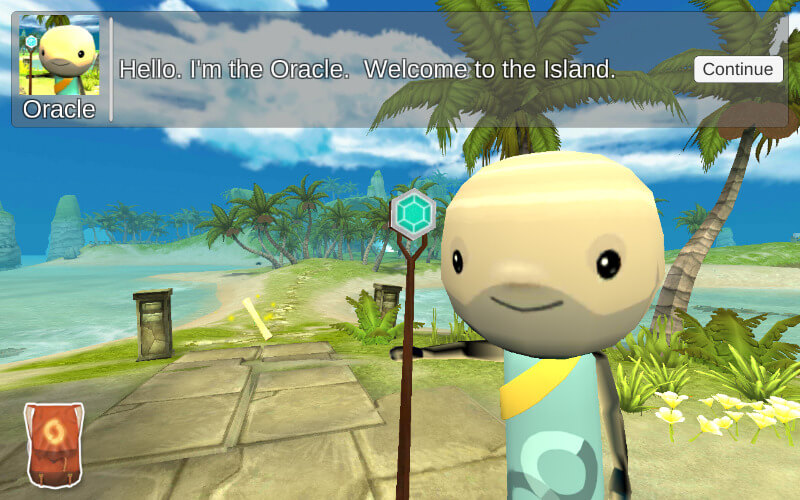 The Oracle helps you on your journey across the island.

Scattered throughout the island are quests and items for you to find, each one designed to gently help the user think about what death is and what it means, as well as cultivate emotional literacy – helping children understand and cope with their emotions.

The island’s features are more than mini-games or puzzles – they’re designed to teach the user invaluable coping strategies and encourage open discussion about life’s big questions. For example, the peaceful waterpool is a place where kids can come to practise mindfulness as a coping strategy for grief.

“Mindfulness is the quality of acceptance,” says Louis, who has years of experience teaching adults and children how to practise mindfulness, which can help people understand and accept their feelings. 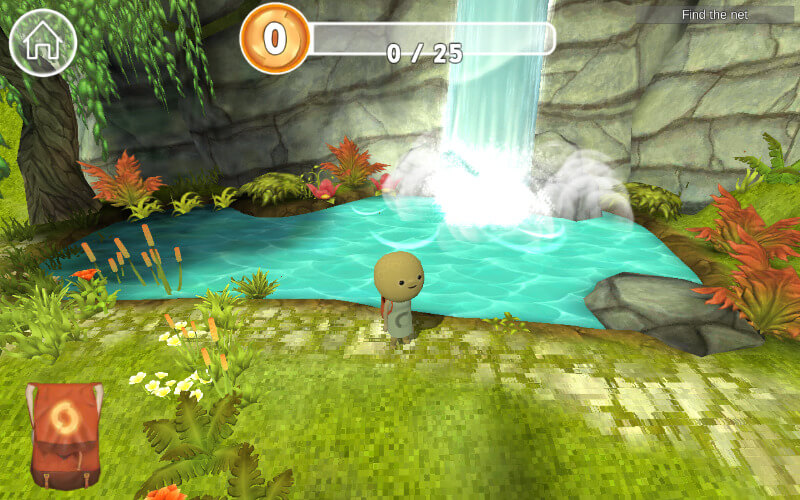 The waterpool, where users can practice mindfulness.

“Children have their own feelings,” he continues, “but they are also watching and learning from the adults around them. When adults demonstrate that certain feelings are scary, if the child internalises that resistance, it can stay with them for a lifetime, causing untold psychological damage later on.

“Whether it’s sad, happy or guilty feelings, children need to know it’s okay to feel whatever they’re feeling. The waterpool is about the healing quality of acceptance and connecting with the body’s feelings.”

In another part of the island, users can enter a cave, where colourful fireflies are dancing overhead.

“We were trying to find a more playful, interactive way to teach emotional literacy,” Louis explains.

“The fireflies represent feelings, across the whole spectrum, from extreme emotions like despair and hopelessness, to feeling positive. That’s important as well, to let children know it’s okay to feel positive, you don’t need to beat yourself up if you feel okay.” 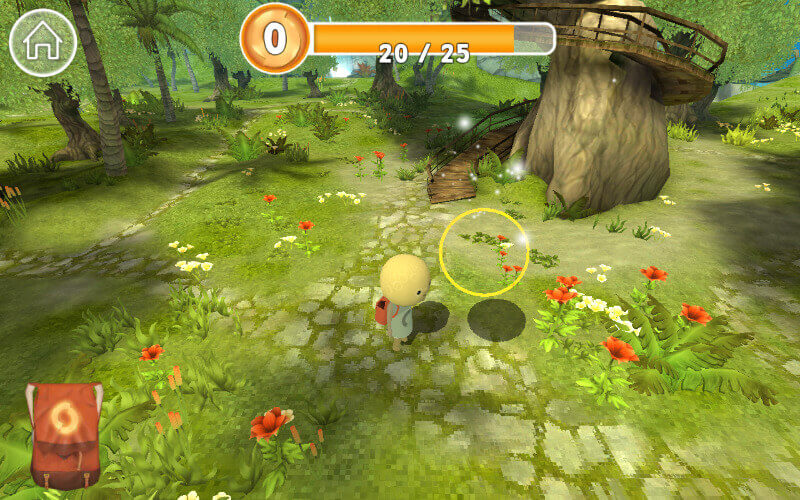 Exploring the island and finding items on your quests.

In addition, once a user catches all the fireflies, they can listen to recordings of other young people sharing their stories of loss.

“That can give them this sense of not being alone,” says Louis. “Feeling isolated is one of the most painful aspects of grief. We found that young people who hear other stories like theirs felt immediately less alone.”

The virtual space of Apart of Me acts as a network, with its different features integrated with each other. For example, if a child catches a firefly with a difficult emotion, the app will suggest coping techniques to deal with it, such as visiting the Waterpool to try mindful meditation. It also encourages helpful activities children can do in their everyday lives, from talking to a friend, to using the in-app journal, or recording a digital memory box of their loved one.

In its next phase of development, Bounce Works’ team of designers are already working on new features, such as Seeds of Hope, where users can send each other seeds that, when planted in the island’s soil, will grow and blossom into different plants.

Seeds of Hope, sent by fellow users, grow into flowers and plants.

“We were trying to figure out how to encourage interaction between users in a safe way,” explains Louis. “So we came up with this space where you can grow plants and flowers that represent different qualities, such as courage, compassion, forgiveness.”

Other plans include a treehouse, which acts as a digital memory box, where young people in conjunction with their families can store memories of their loved one in text, audio or video format.

One of the most significant parts of the second phase is the integration of a companion app for parents, carers and professionals. This app will allow adults to understand the journey that young people are embarking on within Apart of Me’s digital space, and give them opportunities to ask about challenges the child has encountered on the island. The companion app will make those really painful conversations about death and loss just that little bit easier. 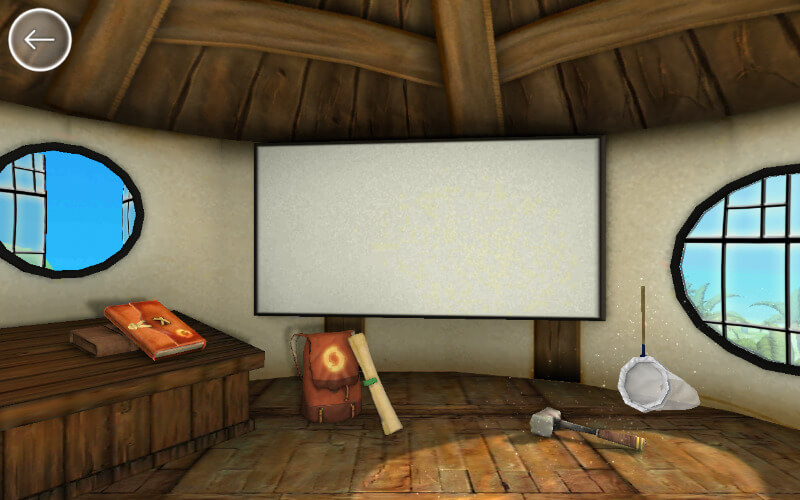 The treehouse, which can be filled with memories.

“It’s about having a common language,” says Louis. “We really want it to be a tool that would allow a parent to have these difficult conversations.”

Using this app, parents with terminal illnesses can record life lessons, pieces of advice on everything from relationships to looking after yourself, and store them as a digital legacy. With the introduction of this, Apart of Me has the potential to be not just a healing digital space for children, but a way to connect children and the adults caring for them. 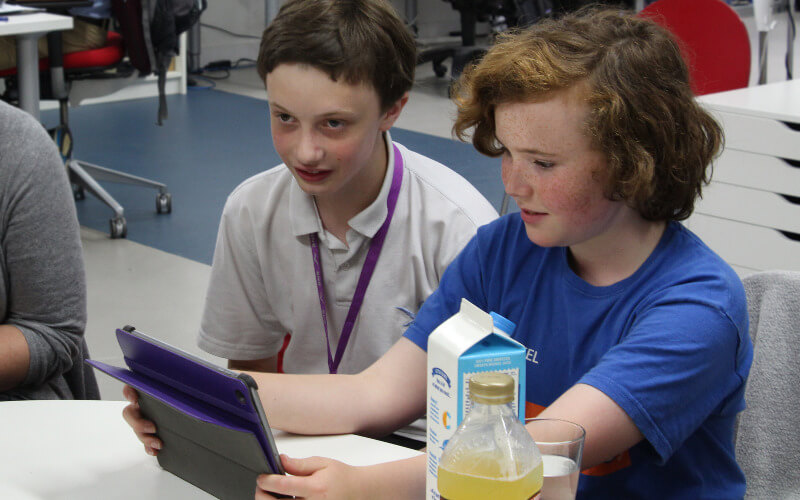 Young ambassadors Charlie and Sam trying out Apart of Me.

Bounce Works’ crowdfunding campaign to help them make their second phase plans a reality is now live on Indiegogo.

“We really need as much help as possible to make this happen,” says Louis.

Check out the Apart of Me video to see in-app footage and more information, and find out how you can support the pioneering game that will help grieving children on their journey.