What Can Journalists Report on Coroners' Inquests? 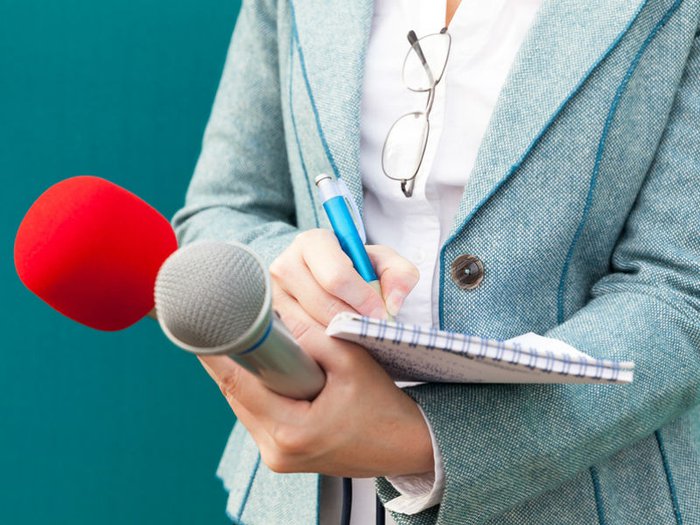 Coping with grief after the death of a loved one isn’t easy. When someone’s death becomes a matter of public record, it can make the bereavement harder still.

When someone dies in unexpected circumstances, an inquest is held in the coroner’s court.

An inquest can happen when someone dies suddenly at home from natural causes, as well to investigate how someone died as a result of an accident, or other causes.

Many families can be shocked or upset to find that a journalist is attending their loved one’s inquest. They may be unaware that journalists – along with every member of the public – are legally allowed to do so.

The only time that an inquest will be held in private is when there is a threat to national security.

Not every coroner's inquest will be reported in the press, but many of them are covered, especially by local organisations. The press in the UK is not regulated by the government, but most major publishers, which own most of the national and almost all local news publications, are members of the Independent Press Standards Organisation [IPSO]. Members of IPSO agree to comply with its Editors' Code of Practice, which includes coverage of deaths and inquests, and interaction with bereaved people.

Journalist Alex Wood addresses some of the most common questions people have, and explain the rules that all journalists working for publications that are regulated by IPSO have to follow when covering a coroner’s inquest.

What can journalists report from an inquest?

A journalist can report anything which is said, read out or given as evidence during an inquest, but they must report it accurately.

Journalists and editors can also choose what information they want to report from an inquest, and they might not report everything that has been said.

Depending on the conclusion given by the coroner, there are certain rules about what a journalist can and can’t say – particularly in the case of a suicide.

Reporters must also make sure that what they publish is not insensitive or unnecessarily graphic.

Alex says: Inquests must be handled sensitively and with care. Journalists are duty-bound to include the facts of the case and must always report the coroner’s conclusion.

As a reporter, you are mindful that you are reporting on someone’s death and that their family, friends and loved ones may read your article.

Therefore, journalists should only include information that is absolutely necessary to the report.

What can a journalist report about a suicide?

When reporting someone’s suicide, journalists cannot include excessive details about how someone has died.

This is to help prevent other people from gleaning information from the details that might result in them taking their own life in a similar way.

Suicide notes are not usually read out during an inquest, but journalists are free to report the contents if they are.

Alex says: Journalists reporting on a verdict of suicide not only have to be respectful of bereaved families, but mindful of readers who may be vulnerable.

What else can a journalist include in their inquest report?

Outside of what is said in court, journalists can use a range of other sources to inform their report, such as previously published news articles, or information from the police and emergency services.

However, they must make sure that the information that they have included is absolutely necessary and not insensitive.

They usually want to speak to the loved ones of the person who has died, to build a more personal picture of who they were and what they were like.

Therefore, they may also include tributes from family and friends.

Alex explains: Journalists are allowed to include background information, provided that it is relevant to the story or the person’s death.

What can a journalist do during an inquest?

Journalists are allowed to sit in the public gallery at coroner’s court and take notes on their notepad, laptop or phone during an inquest.

They are also allowed to tweet, text and email during the proceedings – but they must do so quietly and respectfully.

Reporters are also allowed to ask the coroner to make a sound recording at the start of the inquest to help them accurately report what is said.

However, they are not allowed to broadcast the recording under any circumstances.

Alex says: During the proceedings, most reporters will sit to one side of the room and keep themselves to themselves. They will likely be quietly taking notes or typing on a laptop while evidence is heard.

Can a journalist approach me at an inquest?

Journalists are allowed to approach families and friends at an inquest, but under the Editors’ Code of Practice they must do so sensitively, with sympathy and discretion.

It is unlikely that a journalist will approach you before the inquest starts, or speak to you during the proceedings, but they may approach you in person once it is over.

If you would prefer not to speak to a journalist, you can tell them, and court staff will generally help you to leave undisturbed.

Some families, though, can welcome the opportunity for paying tribute to their loved one and expressing how much they meant.

Alex says: Approaching family members after an inquest isn’t always easy, but it is an important part of inquest coverage. It makes the story more about the individual, than the circumstances of their death.

Can a journalist keep contacting me once I have told them I do not want to talk?

Under the Editors’ Code, once you have asked a journalist not to contact you, they should not do so again unless there is a specific public interest in doing so.

This might include a development in the case, or a significant event or anniversary.

If you feel that a journalist working for an IPSO-regulated publication has breached its Editors' Code you can contact IPSO to register a complaint.

It can help individuals who are being harassed by newspaper journalists under the terms of the Editors’ Code of Practice.

In some cases, it is also able to assist, on a goodwill basis, with concerns about the actions of broadcast journalists.

Alex says: Sadly, I think there is a common misconception about journalists and the way that they operate. I would never chase after anyone, thrust a microphone in their face or expect them to talk even when they don’t want to. Under the Editors’ Code, I am not allowed to, either.

Inquests require journalists to use all of their training, including how to simplify complicated facts and how to speak to a bereaved family with empathy and respect.

What sort of questions about my loved one could a journalist ask me?

You can find out more about inquests in our guide to what does a coroner do.