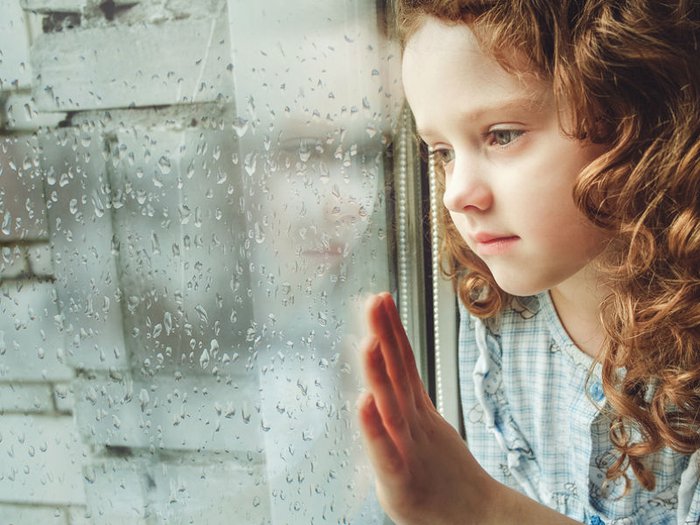 A special film for BBC Children in Need has shared the moving story of two girls facing the loss of their parents, with a focus on help for charities which support bereaved children.

Saying Goodbye tells the story of Imogen (12) and Madeleine, nine, whose mum has an incurable form of breast cancer. Their father has Huntington’s Disease, a life-limiting condition which causes damaged nerve cells in the brain.

Talking about her mum’s terminal prognosis, Madeleine said: “It feels a bit scary because I never know when it’s going to happen or why it has happened to my mum… she might have two months to live, or a year to live. You never know.

“If she’s not there I call her every night. And she says, ‘You need to stop doing that so that you’re ready for the future - because you can’t just call me up once I've passed’."

Every day in the UK, more than 100 children experience the death of their mother or father. The girls will soon be part of this tragic figure.

Their story, as well as those other children and young people in the UK who are coping with the terminal illness or death of a parent, featured in the BBC One documentary narrated by actress Helena Bonham Carter.

Viewers of the film, which is available to watch on BBC iPlayer also met Shayna (17), from South East London who shared her experience of losing her father. While discussing her bereavement, Shayna said: “When someone dies, one of the most truthful things I could say is nothing will ever, ever, ever be the same.

“The hardest bit was the hospital visits and finally coming to terms with, OK then, Dad’s really not well.”

Coping with the bereavement of a loved one at any age is difficult, but losing a loved one at a young age can be even more challenging. The film’s director Nick Read says that every 22 minutes in the UK, a child under the age of 18 is bereaved through the death of a family member.

"With so many children and young people experiencing or preparing for bereavement we feel this film importantly sheds a light on their challenges,” he said.

The film highlights the work of child bereavement charities supported by Children in Need, which back young people and families who are facing the death of someone they love, or are grieving their loss.

Helena Bonham Carter said that she felt ‘privileged’ to be involved with the making of the “heart rending” Saying Goodbye.

She said: “It’s a privilege to be able to be involved with such a heart-rending film which shares such honest and important stories from children and young people as they cope with death of a parent or are facing this possibility.

“I hope this film strikes a chord with people across the UK and encourages them to donate to BBC Children in Need to enable the charity to continue to support children and young people who need it most.”

To show just how children’s bereavement charities make the most of Children in Need donations, the documentary also features a child bereavement session that was filmed taking place at The Princess Alice Hospice in Surrey.

The hospice is among a number of charities which support bereaved children and their families through loss, which receive BBC Children in Need funding. The emotional and practical help the hospice provides includes therapeutic sessions and crisis response counselling for grieving children and young people. It also equips them with cognitive processes and material tools to use at times of stress, as they adjust to a new life without a much-missed parent or family member.

Children in Need is also among the bereavement charities currently welcoming donations of old pound coins. Although round pounds can no longer be spent by members of the public, they can benefit a number of good causes which are still gratefully accepting them. Click here to find out more and learn how you can donate old pound coins or pay them to a charity via a bank.