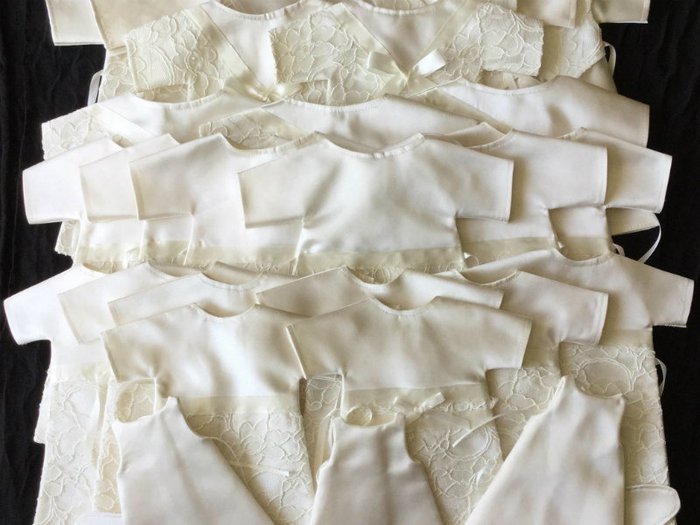 The heartbreak of losing a baby is like no other kind of grief. Yet 15 babies die before, during or soon after birth every day in the UK.

For parents enduring the pain of baby loss, three charities are providing their little angels with beautiful burial clothes. Hand stitched, sewn and knitted by caring volunteers, they know that dressing a precious baby, no matter how tiny, can mean so very much.

Loved and beautiful is how most brides feel while wearing their wedding dress. Cherished Gowns UK gifts bereaved parents with beautiful burial outfits for stillborn babies, handmade from donated wedding dresses. They reflect just how precious and loved each tiny life was.

Since it began in 2014, the charity’s team of volunteers have sewn more than 244,000 beautiful items of clothing for tiny babies who are stillborn or die following their premature birth.

“This is the only time these parents will dress their baby. Having a gown which fits, and has so much love and sentiment attached to it, means so much to them,” says mum of two Shellie Blow, one of Cherished Gowns UK’s trustees and a volunteer seamstress. 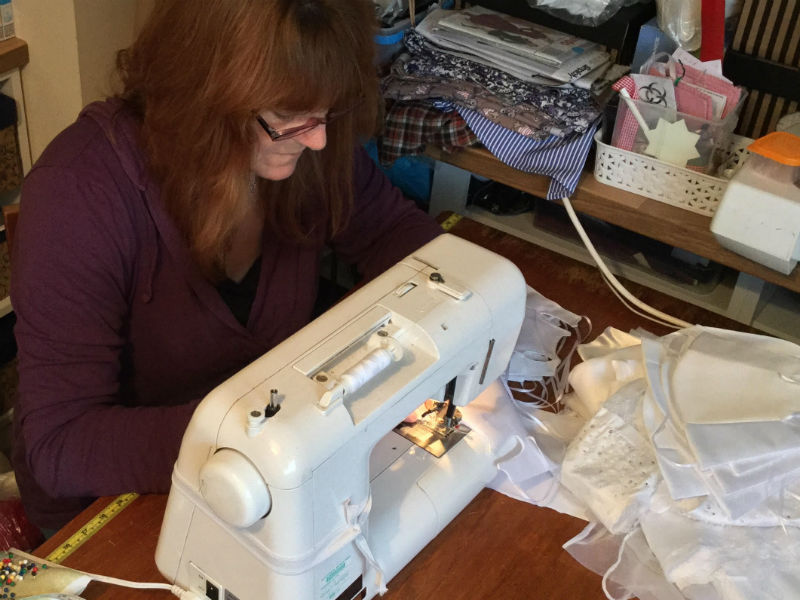 Each unique gown is sewn to perfectly fit each precious baby, with requests and referrals for the outfits coming to the charity via funeral homes and hospitals supporting bereaved families.

Shellie, who lives in Lincolnshire, endured an early miscarriage when she was in her 20s, and identifies with the helplessness and sorrow felt by parents when a much loved tiny baby dies.

With many babies born too tiny for conventional baby clothes, the tiny gowns give parents the chance to dress and say goodbye to their child in something special and beautiful.

“To be given the chance to do something for their baby when all other major life choices have been taken away is a huge comfort to them,” says Shellie.

Cherished Gowns has worked hard to develop a range of five gown sizes for baby funerals, as well as three nappy sizes and matching knitted and crochet items to create the perfect outfit. Some of the gown packs also include a blanket and pair of bootees.

All of the gowns are made from preowned wedding dresses which are donated by brides all over the country. The seamstresses only accept gowns which are white, cream, ivory, or oyster in colour. The average wedding dress can be transformed into 20 baby gowns. 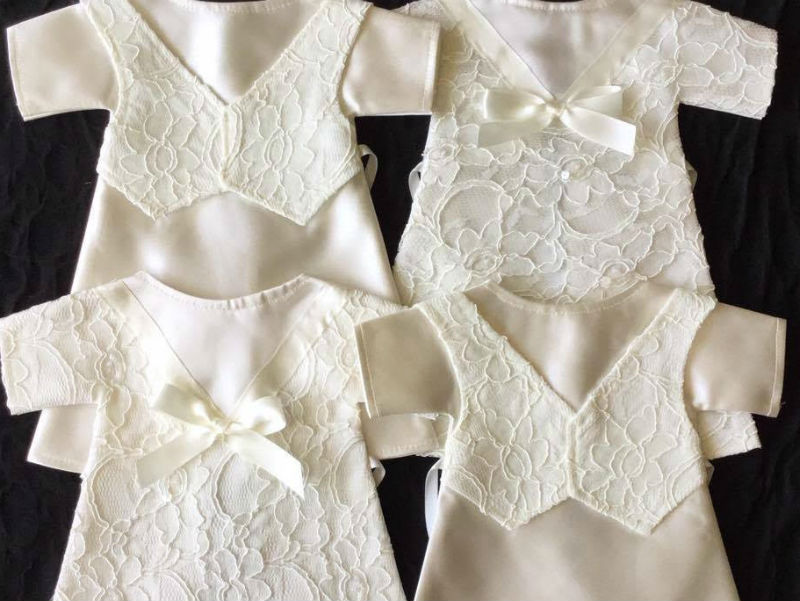 “I think that most brides donate their dresses because they have suffered the loss of a baby, or have close ties to someone who has,” Shellie says.

“More often than not, when a bride sends her dress she’ll include a short note to the seamstress. The note is usually about the bride’s reason for donating. Some notes are truly heartbreaking, but all of them are filled with the hope that other families find comfort.”

Shellie is one of 600 volunteers around the UK, who work in sewing groups or from home and send their handmade items to the charity’s main office in Dover. Once they are there, volunteers sort them according to size and gender. They are each put into bags, along with an enclosed card and sent to hospitals in boxes which contain 35 packs each.

For any brides who wish to donate their dress, they can do so on the Cherished Gowns website, when a waiting list is due to open. Each waiting list has 1,000 slots available. The next waiting list opens in January 2018.

If you’d like to sew for Cherished Gowns, you can also register to volunteer, on the website.

“As soon as you see that line on the pregnancy test, you’re already thinking of the first birthday party, the trip to school, the graduation, and when they get married.

“You are already planning their future” says LeighAnne Wright, who has a 14 year old daughter called Lucy and whose baby son, Beau, died in infancy. 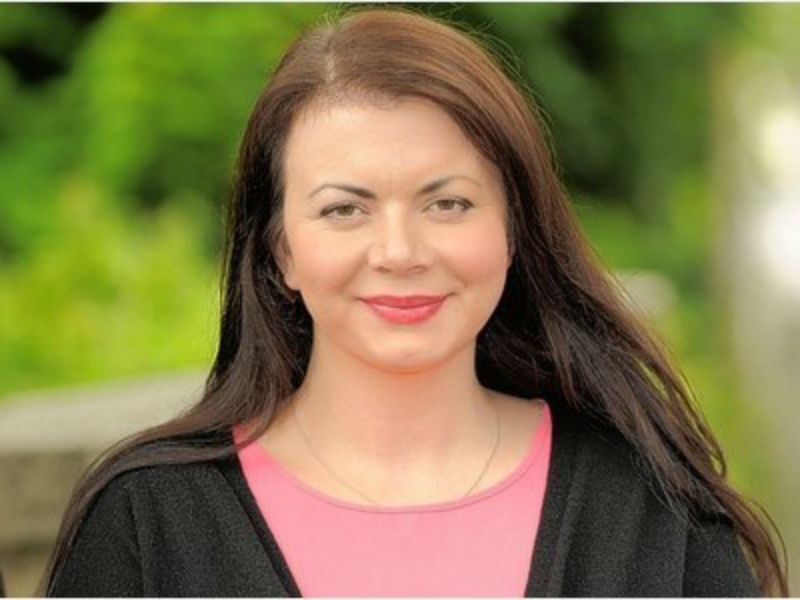 In 2013, LeighAnne, a funeral director from Plymouth started up a charity called Little Things and Co, which offers practical and emotional support to people who have suffered the loss of a baby. She explains she wanted to reach out, after a moving personal encounter through her work.

“A bereaved mum who was planning her little one’s funeral, didn’t have any fitting clothes to dress her baby in,” she says.

“I did some research and found out that there was a common theme amongst most bereaved parents who had suffered baby loss. So, I started making the clothes myself.” 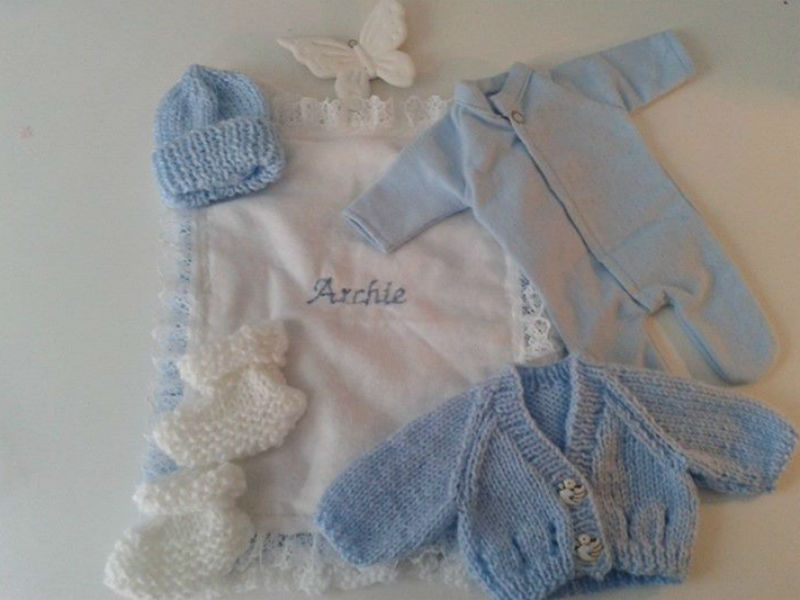 Little Things & Co provides bespoke clothing for babies who are lost during pregnancy, are stillborn, or who are born and die prematurely and are too small to fit into standard-sized baby clothes. The charity provides clothing to 31 hospitals throughout the UK, including Derriford Hospital in its home city of Plymouth. 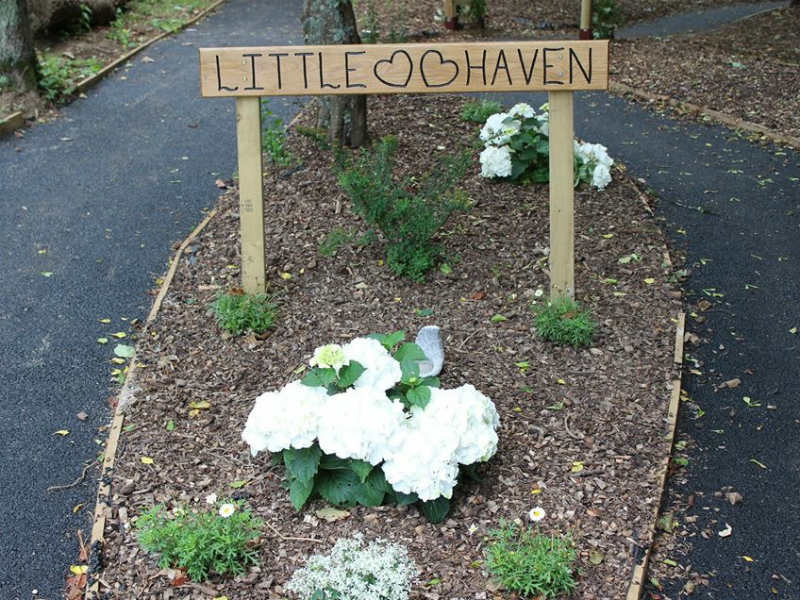 Little Things & Co has also created a beautiful memorial garden at Derriford Hospital called Little Haven, providing a peaceful, tranquil place for families to visit. It has a path of memory pebbles which bear the name of each much loved and missed child who died too soon.

LeighAnne and her team of volunteers at Little Things & Co offer a free service called Gentle Touches. The idea is to assist other funeral directors, cemeteries and hospitals with specially designed baby catafalques, cribs and graveside dressings to make a more gentle, special resting place for babies.

“I was at a grave site with a couple who were about to bury their baby,” remembers LeighAnne

“The mum was really distressed by how her baby was going to be buried in a muddy hole. ‘You cannot put my baby in the ground’ she kept pleading. So I took it upon myself to create a better burial site for these babies.

“I started by lining the ground with flower petals and grass, but over time our idea has expanded. Now, we slip a frame with clips over the top of the grave. A sheet of material is clipped into the frame, and the sides of the grave are decorated with ivy.”

Little Things & Co also offers bereaved parents the opportunity for a white dove release at their baby’s funeral, as part of their charitably-funded support services, which do not cost bereaved families anything.

“These families are going through the most difficult time of their lives, so I am constantly thinking what I can do to make it better. I want to make their grieving experience the best it can be,” says LeighAnne.

“It hurts me to know that I can’t change their circumstances, so I want to be able to do the next best thing; I want to make it okay.

“I’ve met some lovely people who have made such a wonderful impact on my life.”

“Did everyone assume that I was okay? That I was strong? That I had to keep things together? I had lost a baby too.”

Paul Scully-Sloane lost his son Travers James – TJ – in 2010, when he was just 14 months old. The little boy died in his sleep from Rhinovirus, a viral infection which is the predominant cause of a common cold.

Following TJ’s death, Paul created Daddys With Angels, a charity based in Northampton which provides free online advice and support nationwide to families who have lost a child during pregnancy or at any stage of their life.

“When TJ died someone described me as ‘lost’... And looking back that’s exactly how I felt,” he says.

“I didn’t know what to do with myself. I didn’t know how to react. There was no right or wrong and I really struggled.”

Paul explains he found it difficult to find support for bereaved dads like him, so he decided to do something about it himself.

“There was a lot of support out there for my wife and other women, but not so much for the dads. So, I turned to social media.”

Not only does Daddys With Angels support bereaved families via a network of local Facebook community groups, but they also provide little angels with blankets, burial outfits and knitted cribs.

“Since starting in August 2016, we’ve made approximately 60,000 items of clothing for babies,” says Paul. 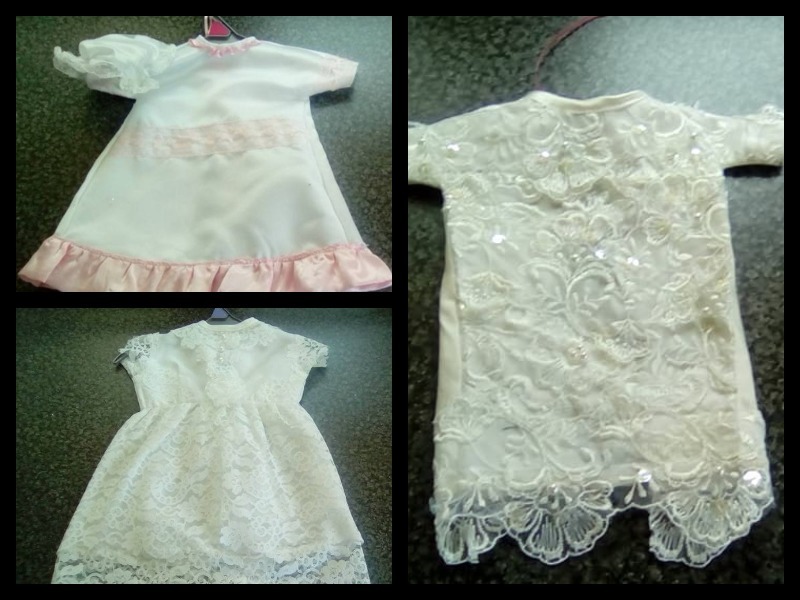 “We have a group of 1,800 volunteers who have reached out to us on Facebook and help make these gowns. They send them to me, and I distribute them to various hospitals and undertakers.”

The charitable project, Handmade With Love, was a finalist at the Cherished Keepsake category at this year’s Butterfly Awards, an annual event that recognises the courage of individuals and honours organisations that support people grieving the loss of a baby.

“Our intention is to give angel parents a choice in what their child wears on their final journey. Angel babies deserve something nice to wear, just like any other child would,” says Paul.