What is an Ossuary? 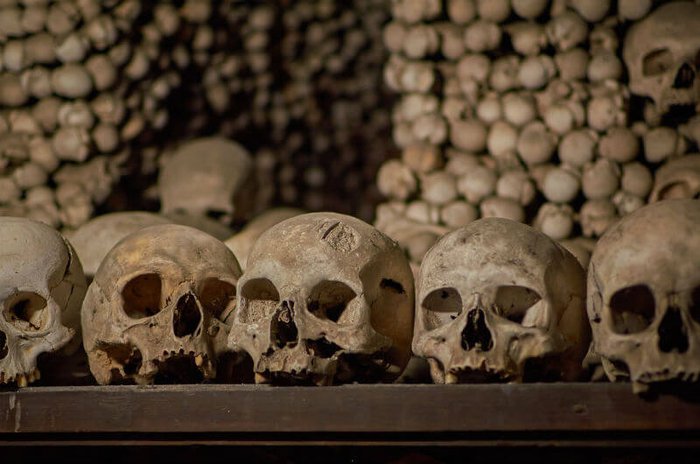 From catafalque to columbarium, there are many obscure words in the language of funerary traditions, but one of the most peculiar words actually describes one of the oldest types of burial: ossuary.

In this guide we look at the origins and purpose of ossuaries and the history of some famous examples of them around the world.

What is an Ossuary?

‘Os’ is the Latin word for bone.

An ossuary is an above-ground chamber that contains the bones of people that have died.

The use of ossuaries is an ancient practice in Europe and the Near East, and these structures can be anything from a small container to an entire church.

Before remains are placed in an ossuary they are buried, and the body is left to decompose, before being exhumed and cleaned.

Ossuaries are common in Catholic countries, and in the medieval and early modern periods they were used to save space after a cemetery became full but several other religions also use them because of their spiritual beliefs.

In the first century Jews traditionally buried their dead by wrapping the body in cloth and placing it in a tomb hewn out of rock. A year or so after the burial the bones were retrieved and placed in an ossuary that was stored in the tomb. This practice is believed to have ended by the third century.

In Zoroastrianism, an ancient, but declining religion that originated in Iran, it is believed that bodies become impure after death. The body of a person who has died is left exposed in an isolated structure, called a dakhma, or tower of silence, to decompose and be scavenged by vultures before the bones are collected and placed in an ossuary.

In contrast to Zoroastrians, the Eastern Orthodox Church funerals are based on the belief that the body is a temple. Cremation is forbidden and the bodies of people who have died are traditionally exhumed after several years and placed in an ossuary, often at a special memorial service on the anniversary of their death.

If you're planning a funeral service, we have an extensive guide to cremations that you might find helpful.

The simple purpose of ossuaries mean that they come in all shapes and sizes. Some, such as catacombs, are underground chambers, whereas others are small and decorative containers. The only criterion for an ossuary is that the bones of one or more people can fit in it. 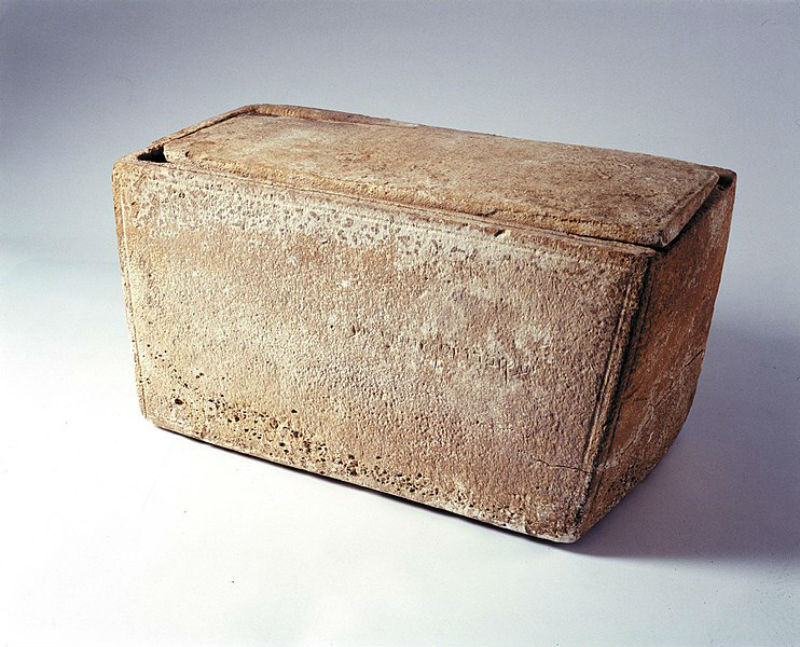 Photo by Paradiso on WikiMedia Commons

The 'James' Ossuary is a limestone box from the first century that was discovered in the Silwan Valley, near the Temple Mount of Jerusalem.

The bones once contained in the ossuary have long since disappeared, but the Aramaic inscription on it reads ‘"James, son of Joseph, brother of Jesus."

The existence of the 'James' Ossuary was announced by Israeli antiquities collector, Oded Golan at a press conference in 2002, and temporarily exhibited at the Royal Ontario Museum in Toronto.

The provenance of the box as the final resting place of one of Jesus of Nazareth's supposed siblings prompted a lot of excitement, but whilst biblical archeologists accept that it is a first century ossuary, the authenticity of the inscription is disputed.

In 2004 Golan was charged with forgery by the Israeli Antiquities Authority, but, IN 2012, after an eight-year trial its claims were dismissed and the 'James' Ossuary was returned. 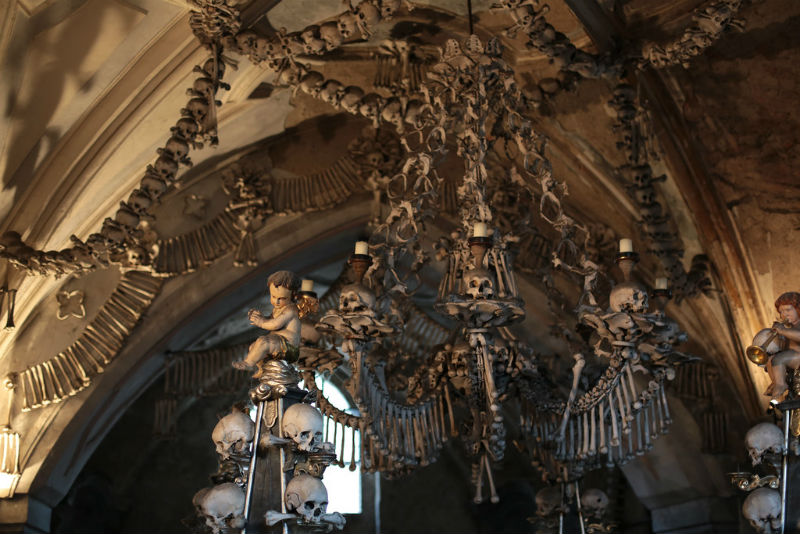 The modest appearance of the Sedlec Church, on the outskirts of a small Czech town, belies its fame as the ‘Church of Bones.’

It is believed that the Roman Catholic chapel in the Sedlec district of Kutna Hora became a popular burial site in the 13th century after the local abbot returned from a visit to Jerusalem with a jar of ‘holy’ soil, which he buried in the cemetery. So many people wanted to be buried in the cemetery at Sedlec after this that the basement of the church had to become an ossuary.

The bones of 40,000 people were moved into the church itself in the early 16th century and left in piles until in 1870 a local wood carver, František Rint, was asked to tidy them up.

Rint’s artistic flare produced two chandeliers, the coat of arms of the Schwarzenberg family, and other decorations. The largest chandelier contains every bone in the human body.

The artist was so pleased with his work that he left his signature on the church... 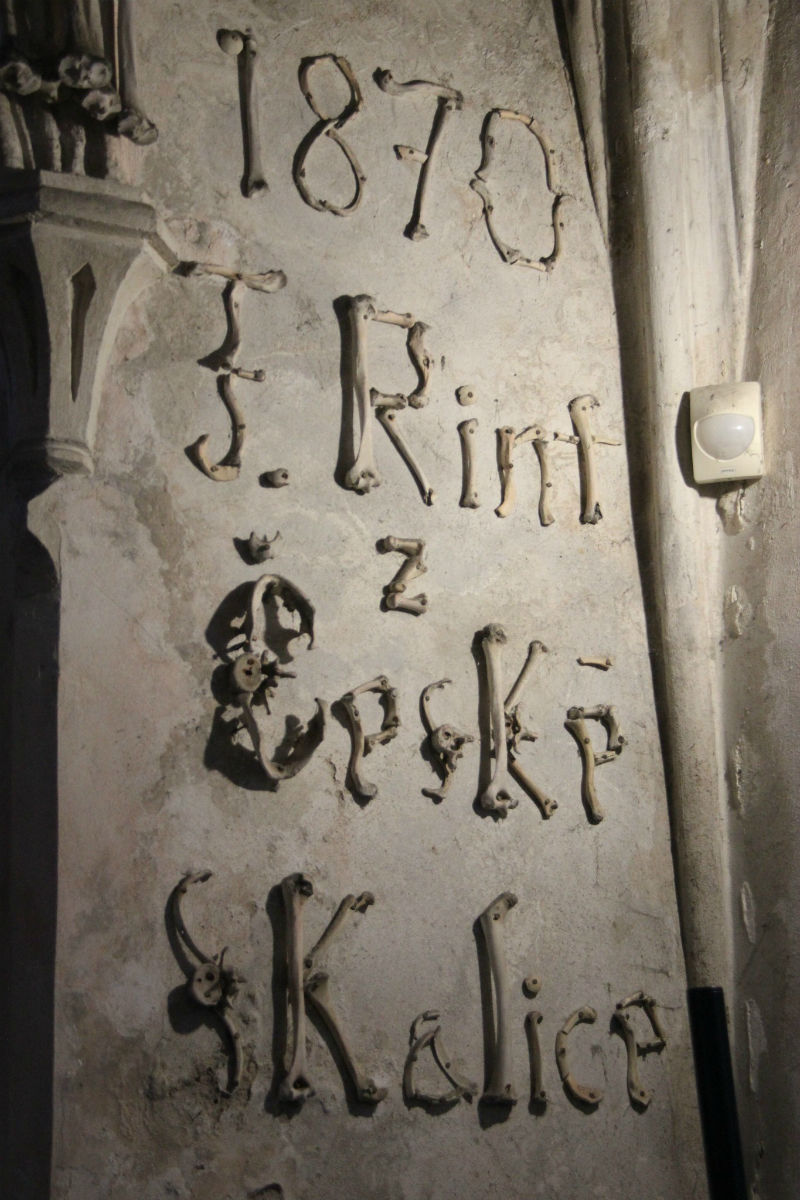 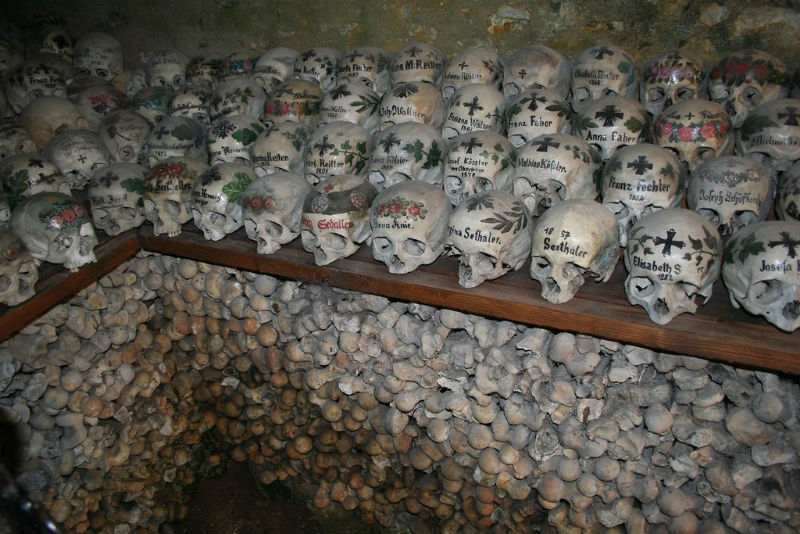 The Bone House of St. Michael’s chapel in the stunning alpine town of Hallstatt is filled with approximately 600 skulls, decorated and painted with the names of the dead.

The remains of people buried in the local cemetery were disinterred around a decade after initial burial and the skulls were cleaned, bleached in the sun and painted before transfer to the Hallstatt Bone House.

The skulls of men were painted with wreaths of ivy, whilst women’s were decorated with more brightly coloured flowers.

The practice seems to have started in the 18th century and continued until the 1960s. Most skulls were painted during the 19th century.

It was once thought that the Hallstatt Bone House was created because there was not enough space in the local cemetery and the remains were disinterred to allow for new burials. This theory has now been disproved and the origins of the tradition are a mystery.

The last person to have their skull preserved in the Hallstatt Ossuary was a woman who died in 1983. In 1995 her last request was fulfilled and her skull was painted and placed in the Bone House. 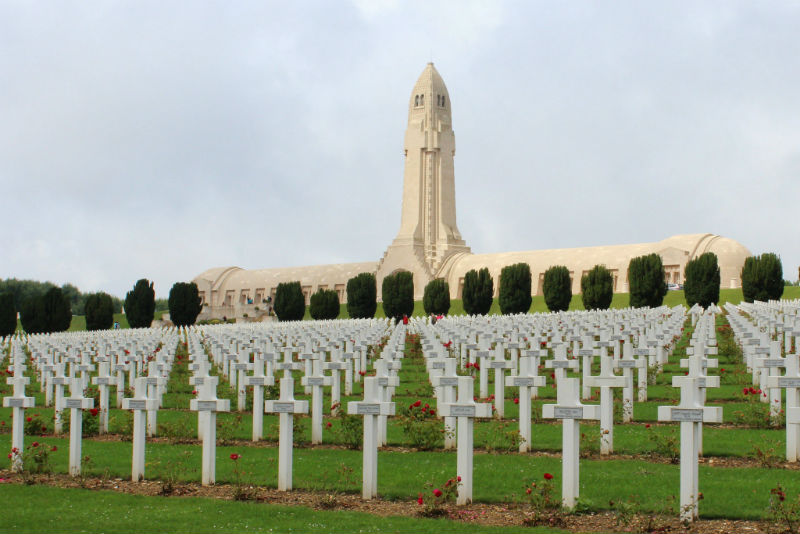 The First World War Battle of Verdun was the longest in history. Between 21 February and 18 December, 1916, approximately 377,231 French and 337,000 German troops were killed on a battlefield of only 7 Square Miles.

After the Armistice in 1918 Bishop Charles Ginisty campaigned for the construction of the ossuary at the nearby village of Fleury in the area of Douaumont, to commemorate the thousands of unknown soldiers who died in the battle.

The remains of soldiers were interred in the ossuary throughout the 1920s and it was inaugurated in 1932 by Albert Lebrun, President of France.

The Douaumont Ossuary consists of a cloister containing 46 vaults, representing the different sections of the battlefield.

There are 4,000 inscriptions on the walls dedicated to soldiers known to have died in the battle, and also of men killed in the later Indochina and Algerian wars, donated by their families. 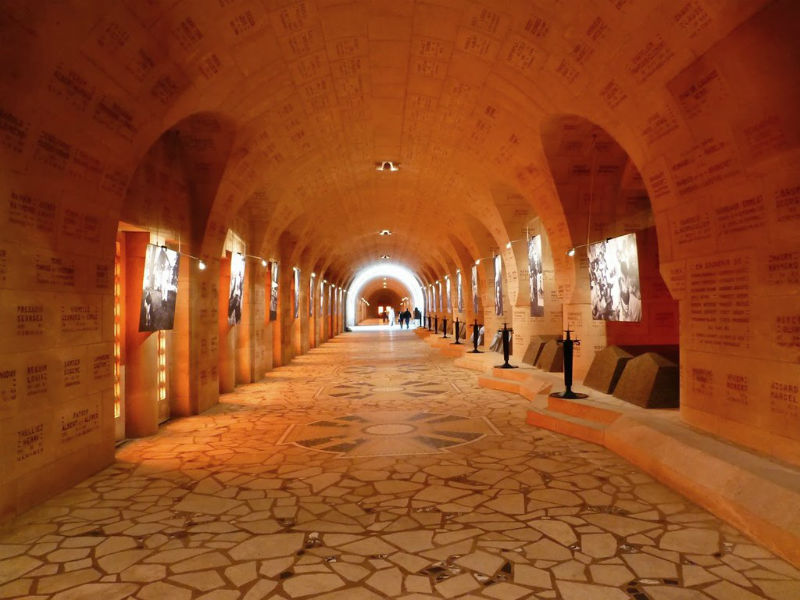 The interiors of the vaults can be viewed from outside through windows, revealing the bones of 130,000 soldiers who will never be identified.

The Douaumont Ossuary also features a chapel, museum and cinema for screening documentaries on the battle to visitors.

The bones of 5,000 French soldiers who died at Gallipoli are also preserved in a small ossuary at one of the campaign’s many battlefields on the Turkish coast. 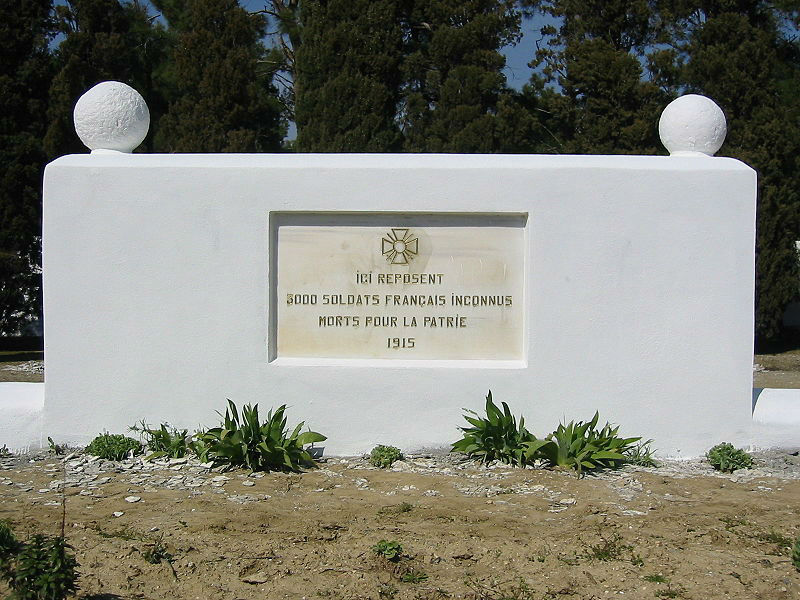