Anger and grief in A Monster Calls 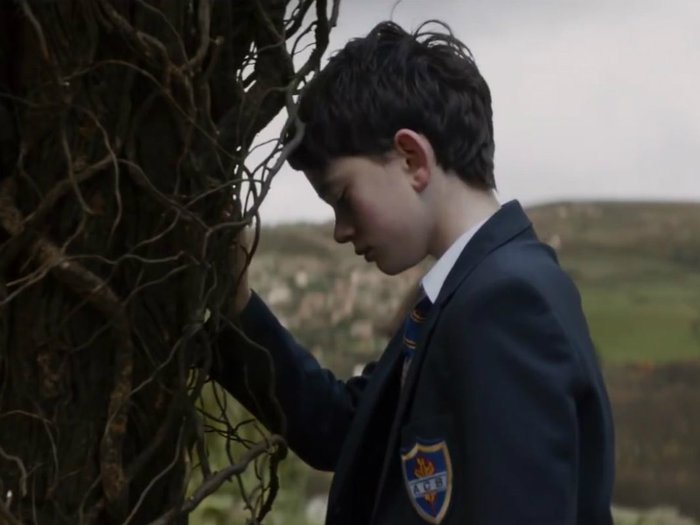 Of all the human experiences to capture on film, grief must be one of the most difficult to portray – even more so the grief of a child. Yet A Monster Calls, adapted from Patrick Ness’s book of the same title, manages to shed light on the whirlwind of anger and helplessness that engulfs a young boy when his mother is dying.

Conor O’Malley, played by Lewis MacDougall, is facing the death of his mother, portrayed by Felicity Jones. Hollywood superstar Sigourney Weaver takes the role of Conor’s authoritarian grandmother, whose looming presence begins to take over Conor’s life as his mother’s health deteriorates.

In the midst of this turmoil, a giant tree-like Monster, voiced by Liam Neeson, visits Conor just after midnight, telling him that it has come to relate three stories to him.

These three stories at first seem to be traditional fairy tales, filled with handsome princes, evil witches and beautiful damsels in distress. Portrayed in stunning watercolour scenes within the film, these stories turn out to be anything but comforting fairy tales. It’s a world where it’s hard to tell the good guys from the bad guys, and finding answers or a happy ending seems impossible.

The fourth story, it turns out, must be told by Conor, and in it he must confront his very worst fear: his mother’s death.

Watch the trailer for A Monster Calls

Alternating between these fantastical stories and the reality of Conor’s everyday life, A Monster Calls captures the experience of pre-bereavement – knowing that a loved one will soon die – through the unique perspective of a 12-year-old boy.

What A Monster Calls perhaps does best, however, is give a voice to the helpless anger of grief – an emotion that can be often overlooked as part of losing a loved one. As Tim Robey wrote in his review for the Telegraph, this is a film “which keeps devising ever-more-epic collisions between an angry boy and his own sorrow.”

Destruction is a key theme. Just as the Monster lays waste to buildings, Conor is filled with rage, in once scene smashing his grandmother’s precious possessions to pieces.

“We, as kids, we love destruction,” said Spanish director J.A. Bayona in an interview with Film. “As a kid, destruction is a very fascinating idea and, at the same time, it’s a way of dealing with your own frustration of not knowing how to deal with some emotions.”

Though the film is certainly sad, even heart-breaking, it also manages to acknowledge that grief is so much more than that. Geoffrey Macnab wrote for the Independent: “This is a subtle and very cleverly crafted film which has a searing emotional impact precisely because it isn’t scared to let the monster out - to acknowledge the boy’s rage and his guilt as well as his grief.”

Similarly, Bayona says that Lewis MacDougall was perfect for the role of Conor precisely because he connected with the deep anger and frustration that can be a large part of grieving.

“We were playing some of the most dramatical stuff in the auditions, and most of the kids, all the kids, they went for the tears,” he says. “They went very emotional, but Lewis didn’t go for that. He was more about rage, and I felt that was so unique…I felt that there was so much truth in there.”

A Monster Calls is currently in cinemas across the UK, with a DVD release date anticipated in April 2017.