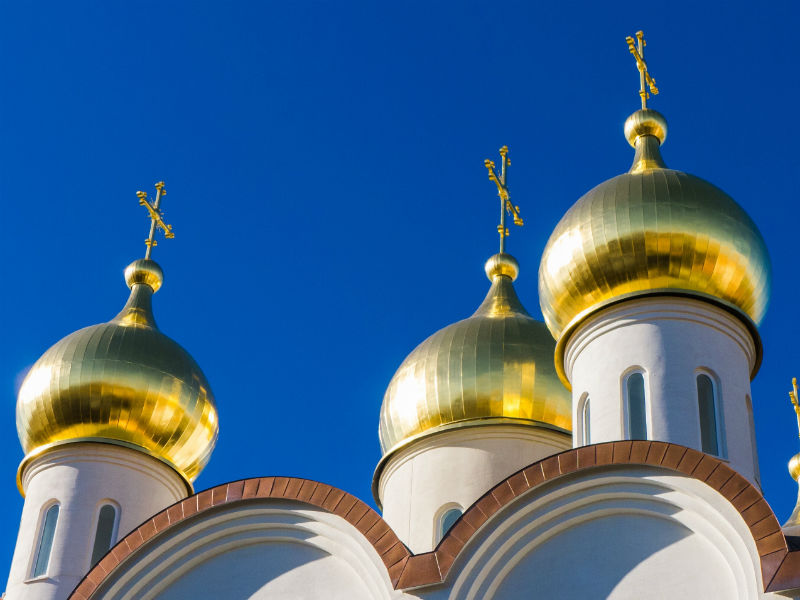 What is the Orthodox Church?

The Eastern Orthodox religion has differing views on the afterlife compared to other Western Christian beliefs. For followers of Greek Orthodoxy, the idea of a Heaven or Hell is a more abstract interpretation, rather than actual places. Those who love God interpret his eternal presence in the afterlife as heavenly, whereas those who do not love God interpret his eternal presence as hellish.

The donation of organs is generally accepted by followers of Eastern or Greek Orthodoxy, although a minority of leaders have objected to heart donation since they believe, based on Eastern Orthodox literature, that the heart is too closely affiliated to the soul.

Wakes are widely practised rituals in Orthodox funerals and occur before the funeral. They often start with the First Panikhida, which is a prayer service prepared by the priest. This is followed by the family and friends reading from the Book of Psalms and other Panikhidas being delivered.

Modern wakes typically only last one day, however, in some churches that preserve a more traditional approach, they can last for up to three days.

When the casket is taken from the wake to the church for the Orthodox funeral service, a priest carrying a censer will lead a procession of mourners to the church while reciting the Trisagion Hymn. This hymn is sung at the wake if there is no procession to the church.

The funeral will normally take no more than 60 minutes. A priest or bishop will lead the proceedings, and a deacon, a sub-deacon and an altar server may all be present during the ceremony.

In the church you can expect see a plate of Koliva, a traditional dish made of wheat and honey, which will be placed near the head of the coffin with a lit candle on top. The Koliva is symbolic, with the wheat representing the cyclical nature of life and the honey the sweetness of Heaven.

In some Orthodox funerals, the person who has died may have a paper band across their forehead, which is worn as a crown of victory symbolising that they have completed the course of life. A cross or a small icon of Jesus Christ or a patron saint may be placed in their hands.

Mourners receive a lit candle on entering the church. This candle should be kept lit throughout the Orthodox funeral service.

The priest or bishop conducting the service will lead the mourners through prayer, readings and Orthodox funeral rites, as well as Holy Communion on occasion.

Cremation is forbidden in Orthodox funerals. The family can be refused a religious funeral if their loved one has been cremated. However, embalming is allowed in preparation for burial.

After the service, family and friends approach the casket to pay their last respects before the closing of the casket. A procession to the cemetery will begin as the Trisagion Hymn is sung again.

Just before the burial, the priest may pour olive oil and earth in the shape of a cross on the coffin to represent passages in devotional texts. Wheat may also be poured, especially if the service is based on Slavic or Arabic traditions.

After an Orthodox funeral and Orthodox mourning periods

After an Orthodox funeral, a reception called Makaria is usually hosted by the bereaved family or the congregation. This can take place at the family home, a restaurant or at the church hall.

Orthodox Christians have a 40-day mourning period in which they avoid social gatherings and traditionally only wear black clothing. A widow or widower may wear only black for a year, or even two years if they are from the Greek Orthodox Church.

The bereaved will usually not go to work for a week after the funeral. After this bereavement period, memorials are celebrated after three months, six months, nine months and every year anniversary for at least seven years.

What to expect at an Orthodox funeral

All people present at an Orthodox funeral service should stand throughout, except of course for those who have trouble standing, such as the elderly or disabled.

Mourners are encouraged to approach the casket after the service to say goodbye. Members of the Orthodox church may choose to kiss the icon or cross in the casket, but do not feel obliged to do so if you belong to another faith.

What to wear to an Orthodox funeral

Some branches of Eastern Orthodoxy will require you to be dressed modestly when entering the church. This means you should avoid showing too much skin and cover your arms and legs.

For Orthodox funerals, traditional dark, formal clothing will be appropriate in most cases, unless the bereaved inform you otherwise.