What is a Catafalque? 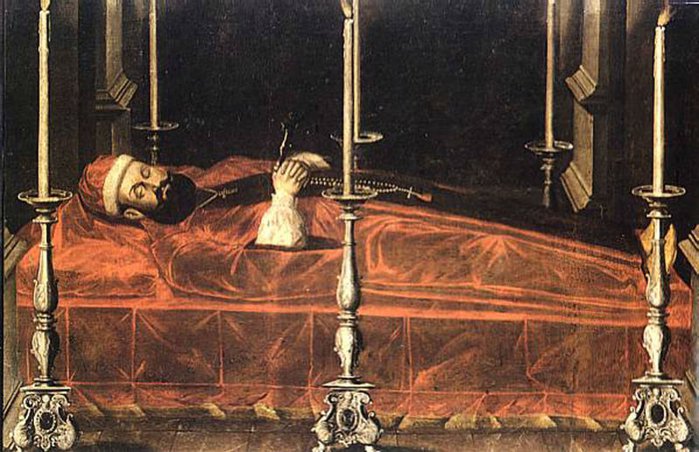 A catafalque is the platform on which a person who has died rests before their funeral, usually while they are lying in a casket or coffin.

Catalfalques can be decorated or quite plain, mobile or stationary. They often appear in the funerals of noteworthy people such as popes and presidents, but they are also common in crematoria or chapels of rest.

This guide explains the use of catafalques throughout history, including interesting facts about this lesser known piece of funerary equipment.

What is a catafalque?

Put simply, it’s a platform built to support a person before their funeral, usually in a coffin or casket. This might be in private or in public and it also may be something that’s required to be moved from one location to another.

Catafalques are incredibly common and most funerals use something that could be referred to as a catafalque. Any surface used to place a person, whether in coffin or casket or not, for the purpose of display and viewing could be a catafalque.

You will find in most crematoria a permanent catafalque which is used to place a coffin or casket on during the service. Quite often these catafalques have mechanisms in them which move the person out of view, usually behind a set of curtains, during the committal process.

What are some famous catafalque examples? 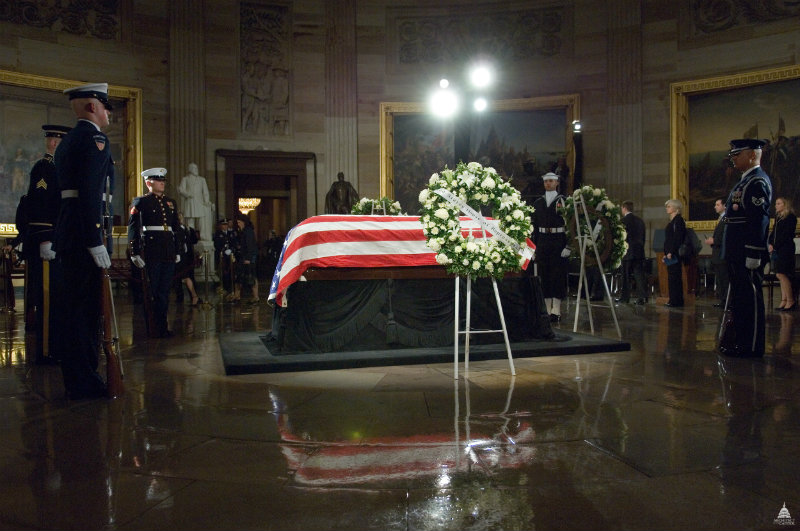 Possibly the most famous catafalque in the modern world is Abraham Lincoln’s catafalque. It was constructed hastily after Lincoln was assassinated, but is still in use today. It is not an ornate structure and is in fact made from simple timber that has been reinforced over time.

All people lying in state in the Capitol Rotunda use the Lincoln Catafalque. The most recent statesman to make use of it was George H. W. Bush before his state funeral in December 2018. When not in use it’s kept on display in the Capitol Building in Washington D.C.

François-Marie Arouet, better known by his pen name Voltaire, was a French writer, philosopher, and historian. Due to his radical and politically critical views, his closest friends arranged to have him buried over 100 miles from Paris, fearing he wouldn’t be allowed the proper burial rites.

Thirteen years after his death, and two years after the French Revolution, he was disinterred and moved to the Panthéon in Paris, a site designed to honour French citizens who have achieved great things.

His catafalque was an ornate structure with three tiers and large wheels. It was inscribed with the words ”Poet, philosopher, historian, he made a great step forward in the human spirit. He prepared us to become free”. 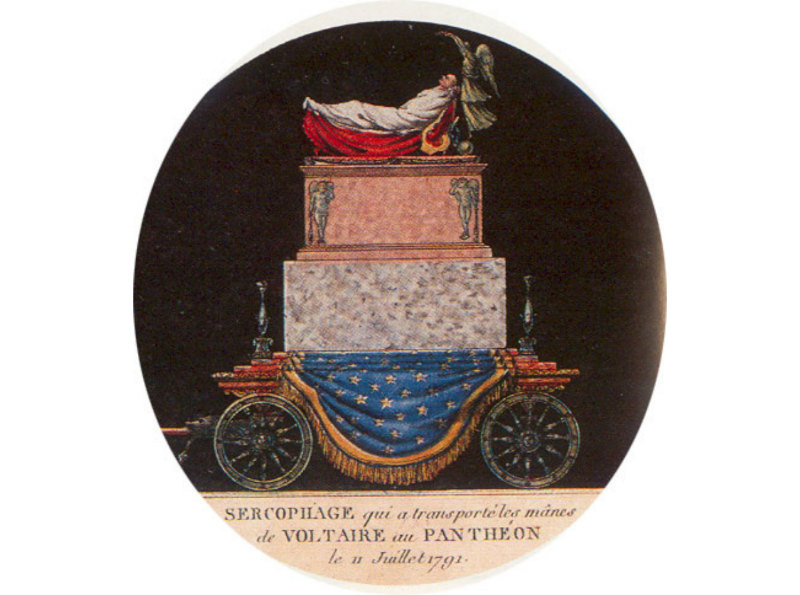 The Catafalque at St John’s Co-Cathedral

The magnificent catafalque at St John’s Co-Cathedral in Valletta, Malta is over ten metres tall and has space for 230 candles. It was constructed in the 1700s for the then Grand Master of Malta, Antonio Manoel de Vilhena.

It was used for numerous funerals over the centuries but after being erected once more to honour the life of Pope John XXIII in 1963, it fell into disrepair. From 1990 onwards it was disassembled and stored in a crypt below the cathedral.

In 2012 a dedicated team managed to restore the catafalque to it’s previous glory and it was displayed that year as a leading exhibit during Notte Bianca in Valletta.

Not the most elaborate of catafalques on the list, but still noteworthy. The catafalque itself was a simple structure, covered in a gold coloured cloth. Pope John Paul II’s exposition procession began in the papal residence moved through Rome and on to St Peter’s Basilica where he lay in state.

The funeral services drew more than four million mourners from all over the world, making this probably the most viewed catafalque for a single funeral in history.

What is a catafalque party? 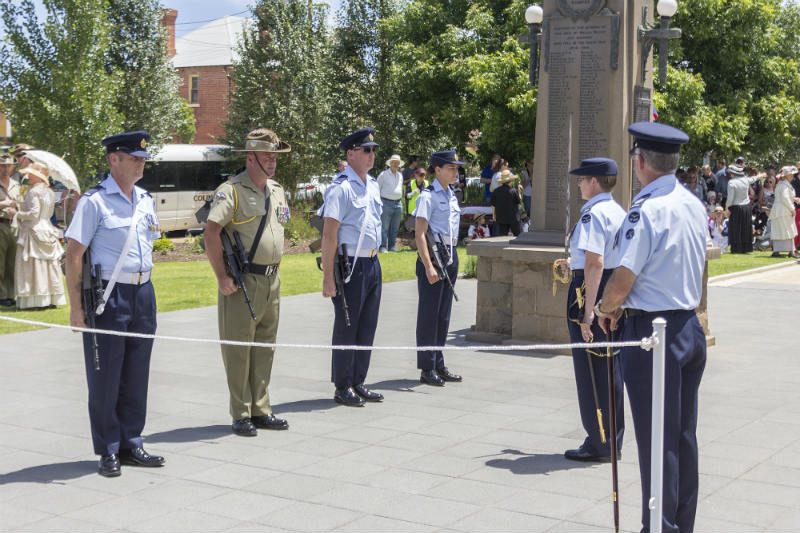