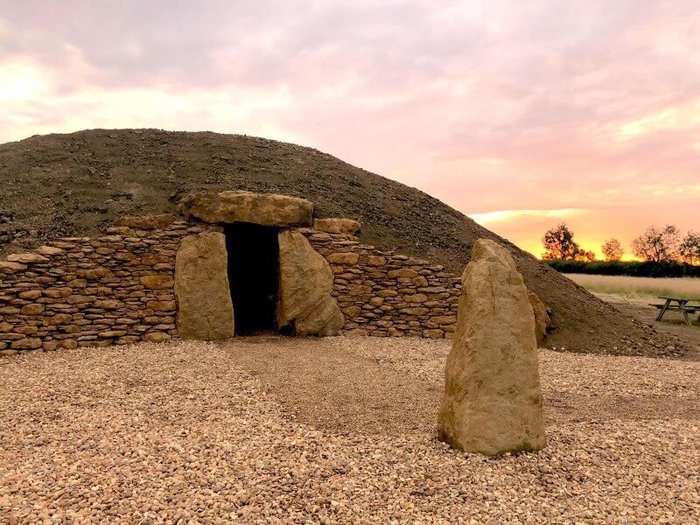 Funerals are changing, and so are memorials. The majority of people who die in the UK are cremated, and there are more and more options for remembering them. One of the newest options for feeling close to loved ones who have died, however, is actually very old, perhaps the oldest funeral tradition in Britain that we still have evidence of - a barrow.

Since 2014 modern versions of these prehistoric burial mounds have been built to contain the cremation ashes of people who have died recently, such as the Mid-England Barrow in Farnborough, Warwickshire. 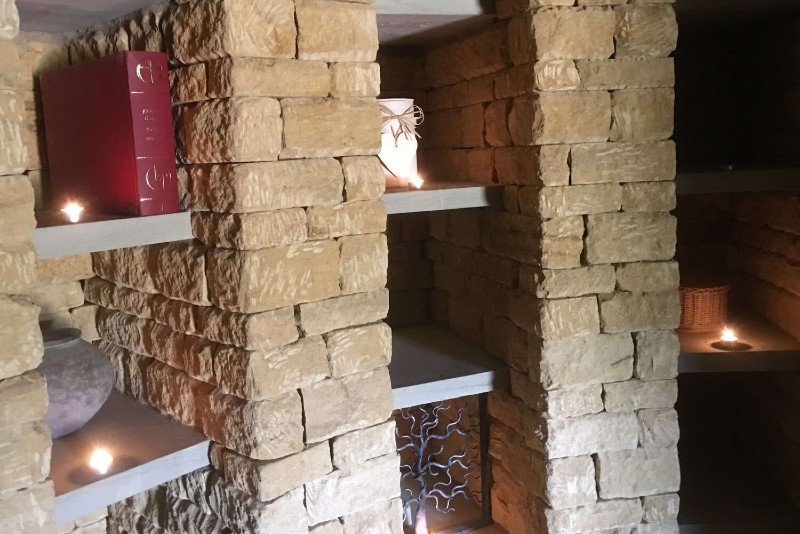 What is a barrow? 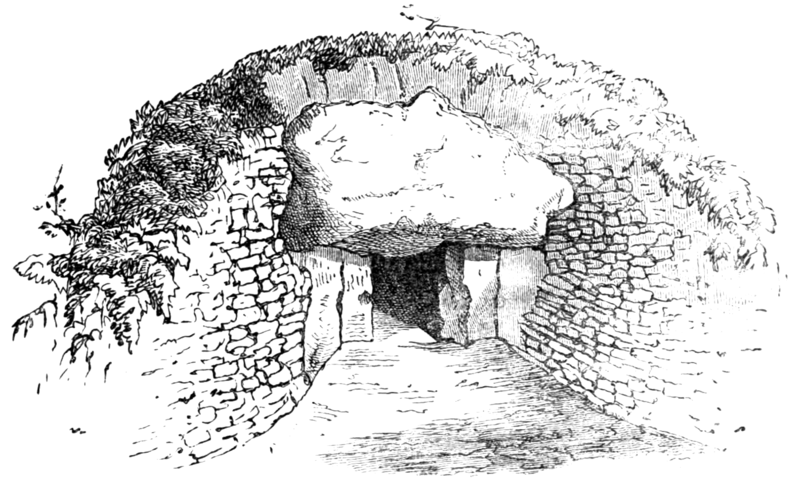 A barrow is a burial mound that contains the remains of people who have died, which can either be "long" or "round."

The oldest long and round barrows are prehistoric sites, but burial mounds similar to round barrows were built by the Anglo-Saxons between the 7th and 11th centuries.

The structure and purpose of both long and round barrows have fascinated archeologists for centuries. The famous archeologist, William Boyd Dawkins, included several illustrations of them in his 1880 book, Early man in britain and his place in the tertiary period. 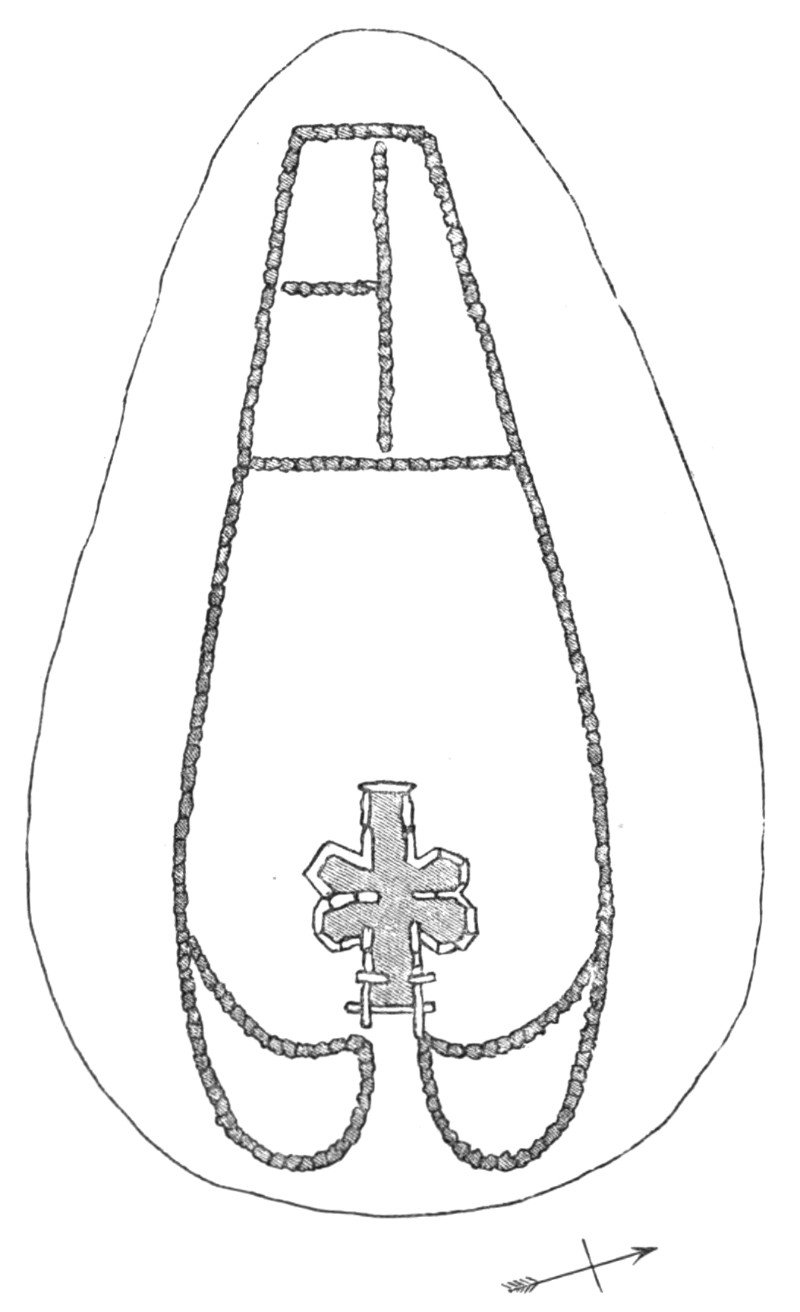 What is the difference between long barrows and round barrows?

Long barrows were first built by Neolithic people around 4000-2000 BC. Round barrows are more recent and date from the Bronze Age - about 2000 BC. The Romans and Anglo-Saxons also used burial mounds with similar designs to bury their own dead. Long barrows are elongated mounds flanked by parallel ditches. 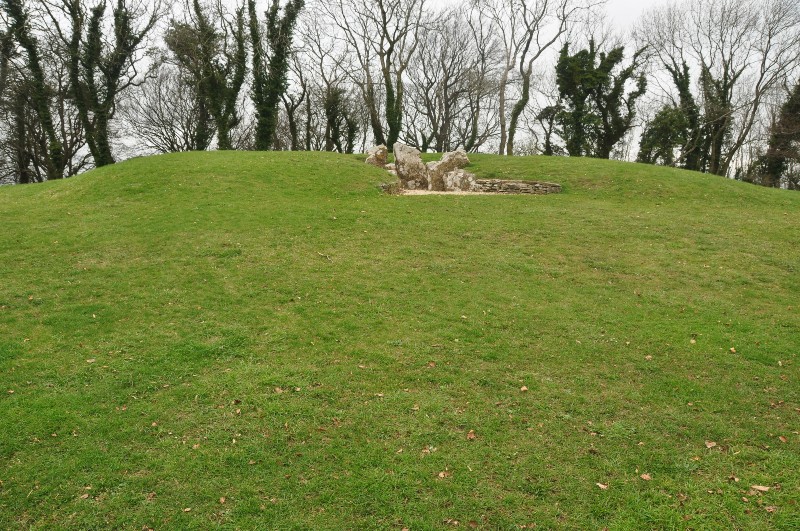 Photo by Nilfanion on Wikimedia Commons

The shape of a round barrow is similar to an inverted bowl sometimes surrounded by a ditch. 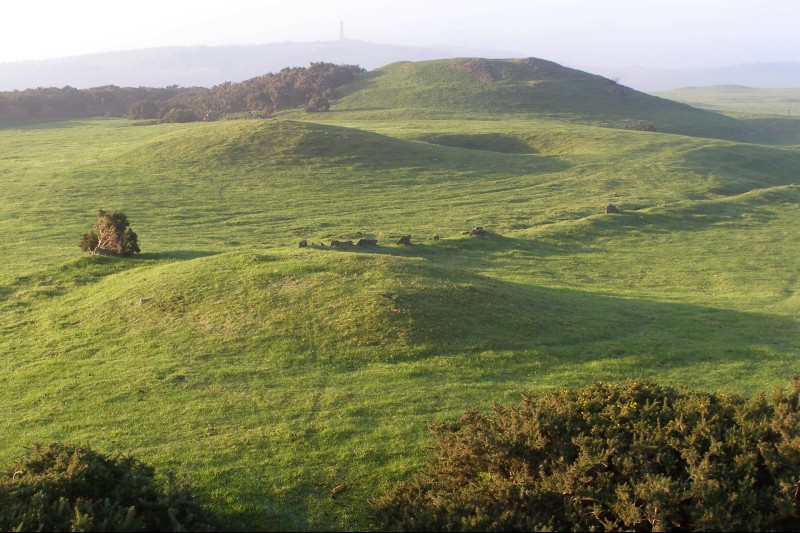 Unlike round barrows, which were used as general burial grounds, archeologists think that long barrows appear to have been for ceremonial usage because only part of peoples' remains were interred in them.

The Long Barrow at West Kennet in Avebury, Wiltshire, which was used between 3000 and 2000 BC, is one of the most well known barrows in the country. 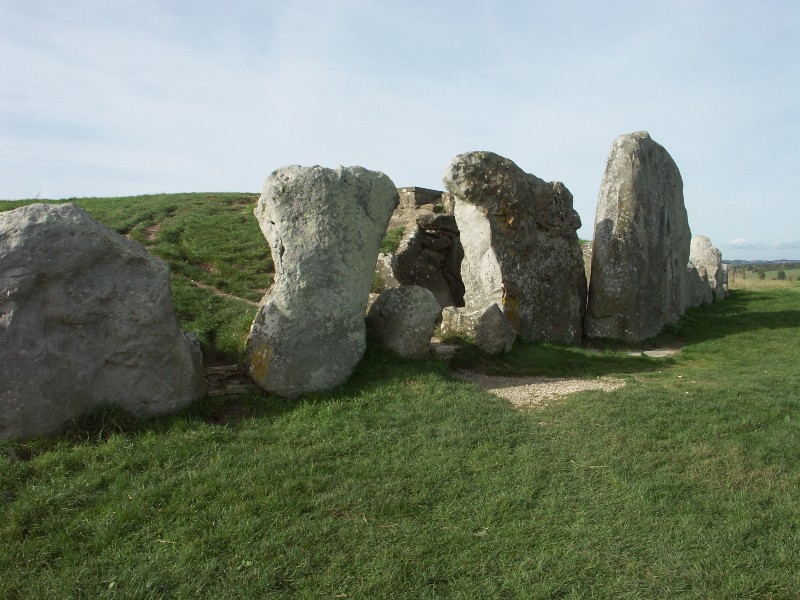 Photo by Moboesch on Wikimedia Commons

What is a modern barrow?

Modern barrows are either long or round and contain niches for urns containing the cremated ashes of someone who has died. They are made from natural materials, such as local stone, and usually set in farmland.

Most barrows, including the Mid-England Barrow, allow people to reserve niches in advance and also have the funeral service alongside the barrow.

The first barrow built in Britain since the Anglo-Saxon period is the Long Barrow at All Cannings, Wiltshire, which was opened in 2014. The barrow was so popular that niches in it are no longer available. Fortunately, there are several other barrows around the country where people who have died can be interred.

Most modern barrows allow families to visit and spend time with their loved one's ashes after they have been placed in the barrow.

Why are modern barrows popular?

In recent years many people have started to question the traditional options for burial and cremation. There are limited spaces in traditional cemeteries and time slots for funeral services in crematoria can be very brief.

Although natural burial and green funerals are popular, most people are still cremated and many families are simply looking for a more tranquil place to keep the ashes of their loved ones, where they can feel at peace when they visit them. 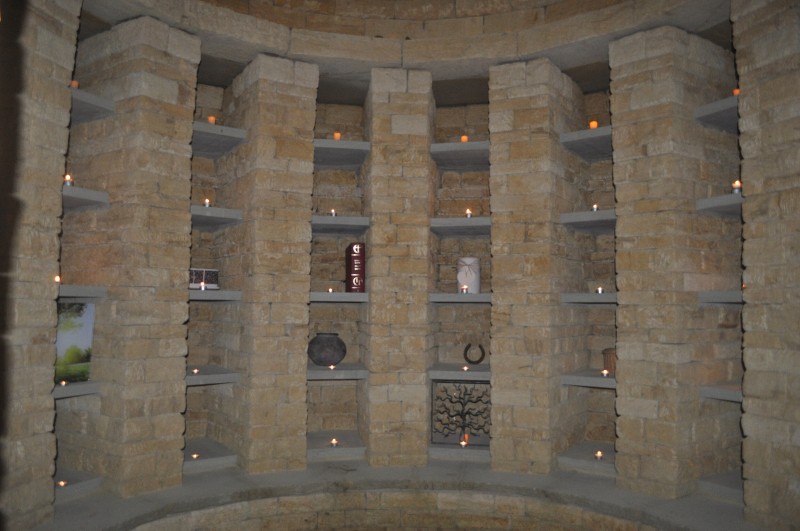 A barrow is similar to an ossuary or a columbarium, but much more aesthetically pleasing and appeal to people who had a close association with nature during their life. People of any religion can be interred in a modern barrow and the clergy are often happy to bless niches for anyone who would like that as well.

The entrance to some barrows is positioned so that the light of the sun shines into the entrance during solstices.

The Mid-England Barrow was built by Richard Beeby and Sarah Smart on their farm on the Warwickshire border with Oxfordshire and Northamptonshire. Both Richard and Sarah are from farming families. The couple have always loved the tranquility of their rural location and the psychological benefits of living in the countryside, and decided to build the barrow as a way to diversify their farm, because it seemed like a perfect place for people to commemorate their loved ones who have died. 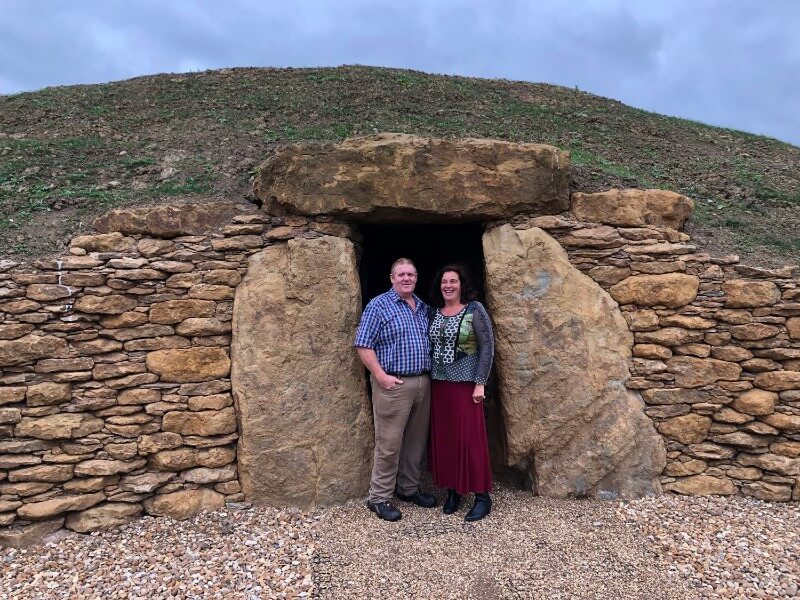 Sarah told Funeral Guide why they decided to build the barrow.

'we happened to visit a barrow, and sadly attended a farmer friend's funeral, and so the idea was born. I was also acutely aware that when my grandparents ashes were scattered at a crematorium, although I knew where they were, I didn’t feel that by going to that place, I would feel close to them. At the Barrow, families have a specific place they know they can feel a connection with the life lost.'

The barrow has indeed turned out to be more than the sum of its parts:

'The atmosphere inside the barrow has to be experienced, as it is impossible to describe, but many people speak of a feeling of inner peace, a tingle down their spine.'

The popularity of the barrow has also inspired them to add facilities for hosting funeral services and wakes next to it in the heart of the English countryside.

How can you be interred in a barrow?

If you would like your ashes to be kept in a barrow you can leave instructions to your loved ones that this is what you would like to happen. You can create a record of your funeral wishes on Funeral Guide. 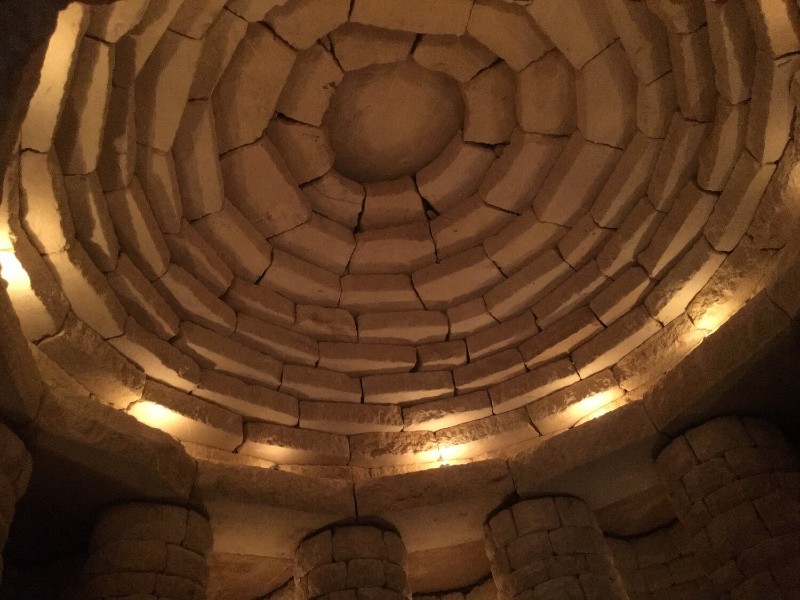 You can also reserve a niche in advance to guarantee that a space is available for you. At the Mid-England Barrow you can reserve niches for one or more urns that can be leased for up to 99 years. You can also renew a lease once the period ends.