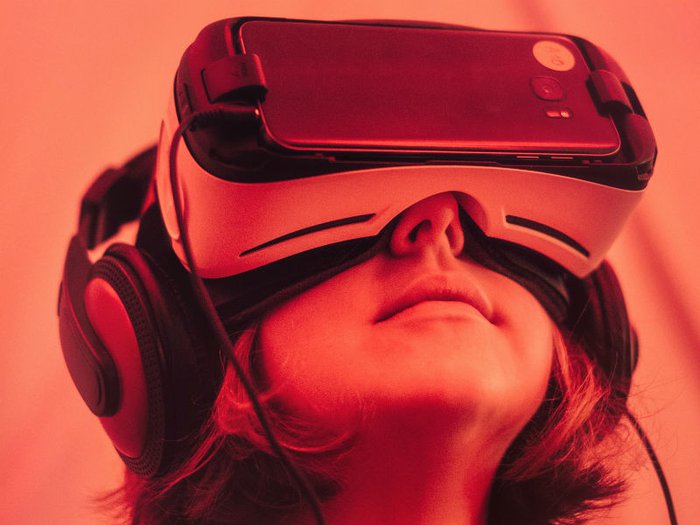 Once only the stuff of science fiction, virtual reality is now taking the gaming industry by storm with predictions that as many as 24 million high-tech headsets will be sold in the year 2018. But could virtual reality experiences have applications beyond video games? Could VR be used in a medical setting or even help those who are facing their final days?

On the surface, VR looks like a cool new way to up the adrenaline factor in video games. The innovative headset design gives gamers a level of immersion like never before. Horror games can make the player feel as though they are really exploring a haunted house, while rollercoaster simulators achieve a adrenaline-pumpingly realistic experience.

However, it has become apparent that VR has the potential to achieve much more than just exhilarating home entertainment. Even in the technology’s early stages, VR developers were thinking about how it could not just entertain people, but help them too.

Last year, a U.S. tech company called Game Start School, which creates educational games, brought some VR magic to seriously ill children at C.S. Mott Children’s Hospital in Michigan. The heartwarming video shows how a virtual reality experience allowed children who were too sick to leave the hospital to have all the fun and excitement of a theme park from the safety of the ward.

VR isn’t just for children, either. Medical interest in the potential of VR has been steadily growing, with tech companies and academic researchers exploring how virtual reality can help those who are seriously ill or dying.

Professor Lora Fleming of the University of Exeter is researching the medical benefits of VR experiences on adult patients. Many medical professionals recognise the therapeutic benefits of patients experiencing nature, such as a walk on the beach or day out in the countryside, but now researchers want to see if virtual nature can have the same effect.

“Not everyone can readily access these spaces so we’re using the latest advances in virtual reality to see if we can bring some of the benefits of nature into clinical settings,” said Professor Fleming.

Similarly, a company called Tribemix, which creates “social VR experiences”, has turned its attention to helping people with dementia. Alex Smale, founder of the company, developed a set of VR simulations with the feedback of patients and carers at the Belmont View in Hertford, which specialises in dementia care.

The result was Virtucare, a therapeutic virtual reality experience which offers selection of calming simulations, ranging from a beach or luxury yacht, to an underwater coral reef, the international space station or a wildlife safari.

Tribemix says it has also been able to solve specific care needs with its pioneering technology, including increasing patient appetites with a VR experience that includes a table of delicious food. A 3D church service experience with hymns and prayers enables people wishing to reconnect with their faith to do so towards the end of their lives.

Watch the video below to see patients reacting to the VR simulation of the seaside. After experiencing these virtual reality scenarios, carers reported that the patients were more energised, positive and alert – and the patients themselves reported feeling better after the experience.

“I think VR allows patients’ neural pathways to be reactivated – some have dormant pathways – because of the power of presence, of having something right in front of them without any distraction,” she told the Washington Post. Although dementia is a terminal illness, it seems that VR could be one of many treatments to make patients’ final days more comfortable.

Another expert looking specifically at VR in end of life care is Mel Slater, a researcher at the University of Barcelona, Spain. His research is focused on virtual reality and how humans interact with it, with one study exploring how virtual reality could be used in the assessment, understanding, and treatment of mental health disorders.

In one 32-patient study, he explored how VR could potentially help patients come to terms with death by simulating an out-of-body experience.

Each participant was fitted with a virtual reality headset and sensors with vibrating units on their hands and feet. The sensors allowed the virtual body to move when the participant moved, while vibrations simulated the effect of bumping into objects in the virtual world. Once the participant became ‘synced’ with their virtual body – moving and feeling at the same time – they would experience being lifted out of the body, mimicking an out-of-body experience.

Afterwards, the research team found that a fear of death was lower in the group that had experienced the VR simulation than a control group who had not. This mirrors previous research that out-of-body experiences decrease fear of death and increase a belief in the afterlife.

If this handful of healthcare initiatives is anything to go by, VR’s practical applications certainly extend well beyond video games. Tribemix’s Virtucare is already available to care homes, and as the technology becomes more affordable it is likely to become more widespread.

None of these developers and academics are claiming that virtual experiences can magically heal or remove the need for other forms of care. What it can provide is a controlled, immersive experience that takes the patient beyond their physical limitations. In hospices of the future, VR could be a powerful resource to help deliver quality end of life care.