Talking about the trauma of sudden death

Her upbeat outlook is contagious, so it might come as a surprise to learn that Sue Brayne’s philosophy for a happier life, is to spend a lot of time considering death.

A near-death experience 30 years ago led the former nurse to confront her own mortality, while a life-changing trauma changed the path that she was on more recently. Today, she runs workshops mainly in Wiltshire and Gloucestershire, and a death cafe on the narrowboat where she lives.

“I firmly believe that we can only feel truly alive when we accept our mortality,” says death positive Sue, who explains that her main interest is in what happens before we die.

“I think about death every day. I’m often there – but not in a morbid way. I’m just curious," she says.

"I feel it’s sitting right in front of me and look at it as a massive adventure I’m going to go on, eventually.” 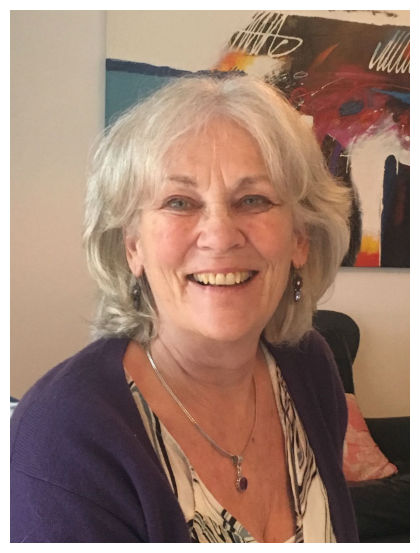 In her role as a workshop leader and retreat facilitator, Sue, pictured left, encounters people who are also curious, sometimes fearful, or fascinated by death.

“Our relationship with death has changed,” she reflects. “Until the mid-20th century, most people died at home, with their family and community around them. Dealing with death was an accepted part of everyday life, and old age was relatively rare.

"Today it’s almost perceived as a medical failure, rather than an inevitable process, if you’re not 95 when you die. Wouldn’t it be wonderful if, as a part of end of life care, you were able to talk about the death you wanted?”

Among the people who join her groups, are those who’ve experienced the death of someone close to them. Although they may engender a sense of comfort, Sue stresses that her death cafes and workshops are not counselling sessions, but a chance for guests to explore the prospect of their own mortality.

“The work I do now enables people in a safe space to say what’s happened and tell their story. It’s not therapy, it’s a space for people to explore about what death means to them," she explains.

Surviving a light aircraft crash in the 1980s gave Sue perspective on her own formerly ‘nonsensical’ lifestyle, which she says had threatened to spiral out of control.

“I felt if I’d gone on I’d have killed myself,” she says. “So I went on a journey to discover who I was. I needed to wake up. I feel like my life started when that plane crashed.”

Sue trained with renowned psychologist Elizabeth Kubler-Ross as a life, death and transition facilitator and later trained in Eye Movement Desensitization and Reprocessing (EMDR), used in the treatment of trauma.

Then, four years ago, Sue faced her own intense emotional trauma when, out of the blue, her husband of 13 years announced he was leaving. The agony, she says, gave her even greater insight into the overwhelming pain of grief, as she endured the loss of a marriage that had meant everything to her. It took, she says, a year to feel strong enough to face the world again.

“People said, ‘Oh! Nobody died’ – but my marriage did, and that was incredibly precious to me. Profound life crises can be like a major bereavement for people,” she says. “It led to the work I do now and it’s made me more compassionate to the human condition of grief, so I feel absolutely committed.”

Sue, who has a Master’s degree in the rhetoric and rituals of death, spent many years counselling the bereaved, before deciding to explore more fully the journeys we make towards death. The most visited page on her website, which explains what physically happens when we die, receives around 400 hits a day.

Although she no longer practises as a psychotherapist, she offers guidance on end-of-life matters to counsellors and health professionals dealing with death and the bereaved. Coming up in May, by request, is a workshop in which she’ll be talking about the impact of sudden death. 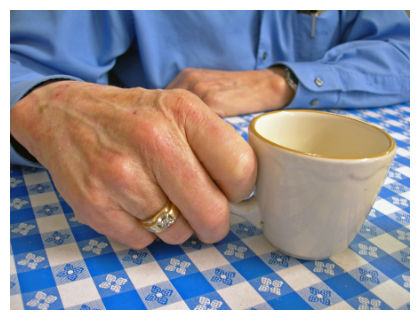 Primarily available to those who offer therapy, people who’ve been affected by the sudden death of a family member, or supporting someone bereaved by a sudden death, are also welcome to apply for a place.

A death out of the blue can be profoundly shocking. Violent deaths, accidents and suicide can leave people struggling to take in what has happened to a loved one, with friends and family unsure what to do or say.

For the bereaved, says Sue, such intense and unexpected grief can even lead to vicarious post-traumatic stress disorder. This can cause unpredictable behaviours, which even bereavement counsellors may not have experienced before.

In some cases, says Sue, the most advisable course is to refer the bereaved to a health professional who specialises trauma-focused treatment.

“Sudden death needs to be talked about,” she says. “There’s a lot of support for people facing bereavement to be prepared for when the time comes, but when it’s a matter of sudden death, they can’t.

“A lot of people who are very suddenly bereaved sit on it. I was talking to someone the other day who, aged 15, found their sister hanging. This person is now in their 30s and their life has begun falling apart a bit, because it was never talked about.

“The Sudden Death Workshop is about confidence. It’s not for everyone, because working with deep grief can frighten people.

Sudden death has also been a talking point in the regular death cafe that Sue hosts on her boat, the Mystic Moon.

“There can be difficulty in being the friend of someone who’s committed suicide,” she says.

“You may have had a close relationship, but where are you now? Families often close down. Several participants in one discussion group, hadn’t been asked to a funeral. What do you do with that?”

At Sue’s most recent death cafe, her guests discussed what happens at the moment of death and where we go to, when we die. In this shared space, people can be as pragmatic or spiritual as they like: “The only ground rules,” says Sue, “are that people are respectful of other people’s faith and beliefs.

“When people meet in workshop there’s a real camaraderie. We’re all going to die one day and we might do suddenly. It brings us back to who we are, people trying to make sense of life.”

Sue’s next death cafe takes place in March, with other death-related workshops coming up later in the year.

If you are caring for someone who is facing death, Nearing The End of Life, by Sue Brayne, could be helpful. It’s available to download on Kindle.

Sue’s book, The D-Word, is a companion for people facing the death of a loved one, or those who have been recently lost someone. Find it on Amazon