Time for change, time for healing 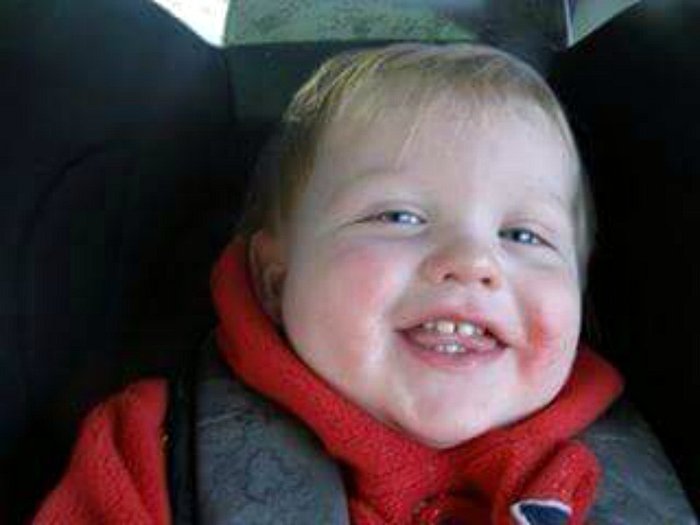 This picture shows beaming toddler Jack, who died a month before his second birthday

Lucy Herd never meant to be a campaigner. But sometimes, when life deals you a blow, fate can take you by the hand.

Not a day goes by that she doesn’t miss her beautiful sunshine boy Jack. So why, she asked, in the numbing wake of his death six years ago, are parents given so little time to mourn, when they have barely registered what’s happened?

Mum-of-four Lucy has been at the forefront of campaigns to secure statutory leave for other bereaved parents, following the death of their child. A second reading of the Parental Bereavement Leave Bill takes place in the House of Commons today, October 28. It was brought by MP Will Quince, whose own baby son was stillborn and aims to provide parents with a statutory fortnight’s paid leave to grieve. MPs including Vicky Foxcroft and Antoinette Sandbach moved many to tears in a debate earlier this month, when they recounted their own losses. 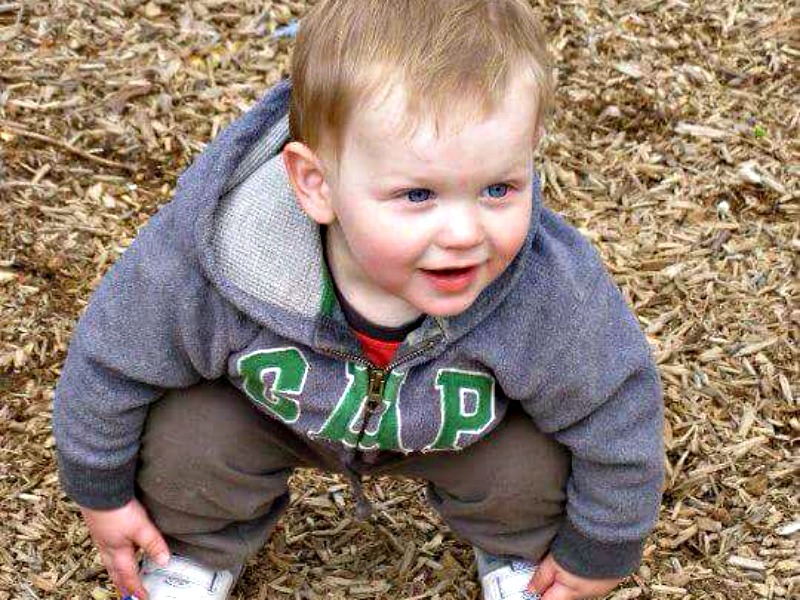 Little Jack was a darling boy of not quite two, who would greet everyone in the Cumbria village where they lived with a cheery, “Hello, hello, hello” – maximising the mileage of his favourite new word and bringing smiles to lots of faces.

Happy and lively and keen to explore his world, his drowning was a terrible accident that happened in seconds. One minute, he was playing busily with his toys in the kitchen and then the phone rang. In the few moments that Lucy took her eyes off him to answer the call, Jack had slipped out to the garden. The pond was securely fenced off and he’d never climbed anything before – until that day, when, Lucy says, “My heart was broken into a million pieces.” The hospital had done its best to revive him.

Lucy, who is also mum to teenagers Josh and Ellie, as well as the adorable two-year old she calls her ‘rainbow baby,’ Noah, was utterly broken by Jack’s death. His father, her ex-partner, was working overseas at the time and her family lived hundreds of miles away.

“Although they dropped everything to be with me, my family were given just a few days off –and were told any extra time they took would have to be taken as sick leave,” she says.

Without family and friends close at hand, Lucy somehow had to function enough to care for older children Ellie and Josh – and organise her baby’s funeral.

A question of time 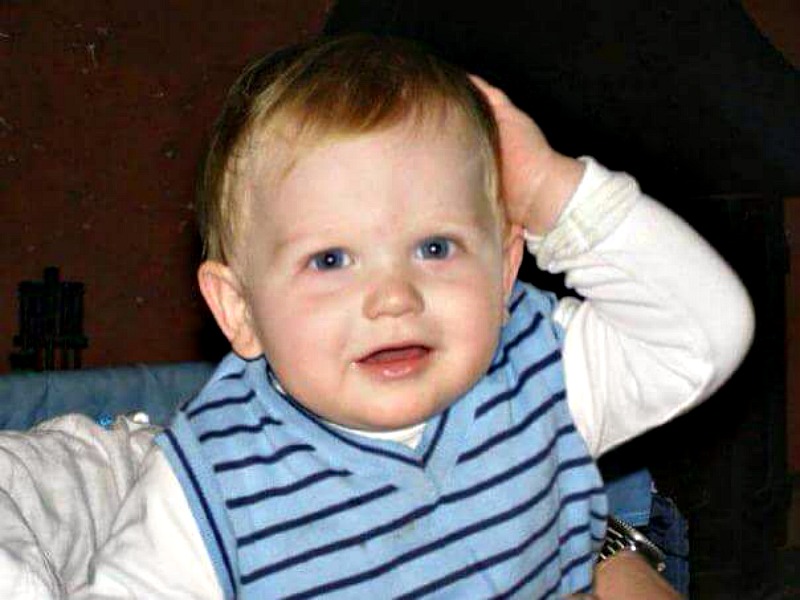 Although for some parents, their child’s death may occur during a period of maternity or paternity leave, it’s up to the discretion of employers to grant time off as paid compassionate leave – and up to three days is the norm.

Jill Sargent, a mum from Devon, told Funeral Guide: “When my son, Thomas, died, my husband was only given the day off for his funeral. And he had to take that as unpaid leave.”

“In the UK, you’re given up to 12 months’ paid leave for the birth of a child and yet just three days to grieve when they die,” says Lucy, who now lives in Wokingham, Berkshire.

“My own personal view is you need at least 12 months to grieve a child- but from the employers’ point of view, I don’t think two weeks is unreasonable. It can take two weeks alone, just to arrange the funeral.

“Other parents might feel they need to go straight back to work, to try and clear their head and then take their time, after the funeral.”

In July, Lucy was diagnosed with anxiety and post-traumatic stress disorder. “Having Noah, I guess, brought it all back,” she says.

Since Jack’s death, Lucy’s been campaigning in Jack’s name for the Government to make parental bereavement leave a statutory right. So far, over 167,000 people have signed up in support of her petition. In 2013, Lord Knight of Weymouth heard Lucy’s story and worked with MP Tom Harris, who sponsored an initial Private Members Bill in Parliament.

It was later withdrawn, but this time around, Will Quince MP’s bid is moving ahead. In his own moving account of bereavement, he said: “Suffering the loss of a child is quite simply one of the most tragic events a person can experience. I hope the Government will recognise that by approving this change to the law, it will make it a little easier for parents to take time and support one another as the grieving begins.” 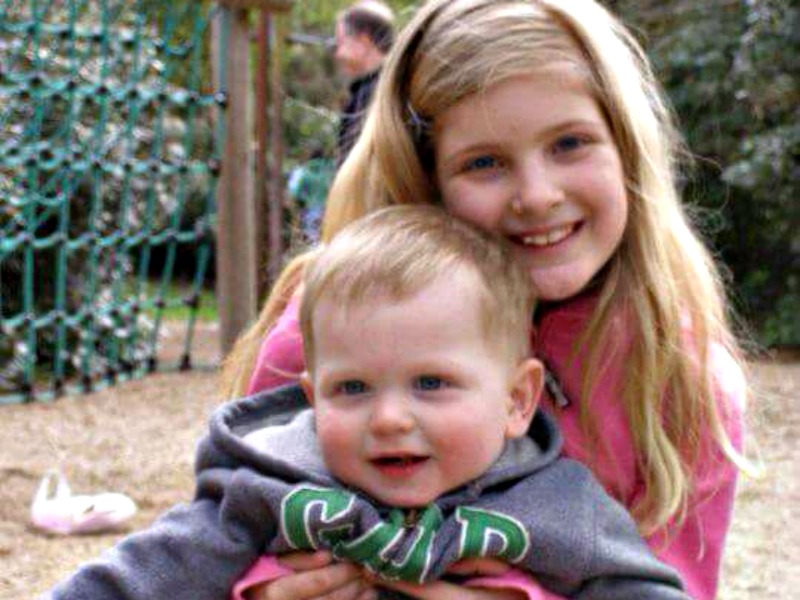 If Will Quince’s Bill goes through the Lords to secure Royal Assent and make parental bereavement leave law, it will be a bittersweet victory. It won’t give ‘closure’ on a loss that never goes away.

Not for Jill, who has laid flowers on Thomas’s grave on his birthday every June, for 22 years.

Nor every day when Jack springs into Lucy’s heart and mind; thoughts triggered by a word, a song, or a Facebook flashback.

“Yesterday,” she says, “Facebook showed an ‘On This Day’ reminder of a video I’d posted of Jack when he first learned to walk. Some days you think you’re okay, but it knocked me for six.”

And that’s why she is still campaigning on behalf of every parent who has lost a child. Who’ll never be ‘over it,’ but is gradually adapting to live with it, in their own way.

Lucy’s applied her never-give-up determination to raise over half of the £25,000 she needs to buy a holiday caravan in Cornwall, which will provide a much-needed escape for bereaved families. You can find out more about Jack’s Rainbow, her holiday home by the sea fundraiser, if you’d like to help.

“Gradually, with £2 here and £2 there, we are getting there,” she laughs, adding: “Sometimes you just need to get right away and recharge, away from home.

“Relationships can break down after the death of a child, but it could really help if they had more time in a quiet place to talk and grieve together.”

Lucy is also blogger and an innovator and is planning the launch of Just a Moment cards. She created them with the bereaved in mind, for moments when things suddenly seem overwhelming. And that’s whether it’s weeks, months or years after your loss.

“The idea is that you can just stand them on your desk if you need to get out of the office or classroom for a minute or two, without having to explain,” she says. “There’s no time you can really put on grief. But it’s time for change.”