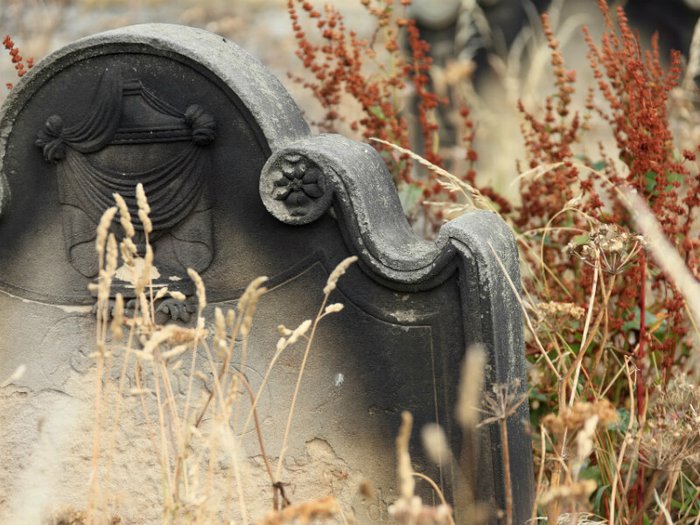 Because the medieval era lasted for so long and saw so many revolutions, culture and faith saw radical changes take place. Funerals were an ever evolving, but always important part of faith, culture and life.

When was the medieval era?

In that time period, England went from being a collection of Anglo Saxon kingdoms, to a unified powerhouse within Europe. With that political change and growth came a sweeping alteration of medieval funeral traditions.

Early medieval burial customs were closely linked to the Pagan, Northern European, and Celtic roots of the Anglo Saxons. Ship burials were reserved for the rich and powerful, and cremation was not uncommon, but the most widespread type of burial was simple inhumation as it required less time and equipment than cremation. 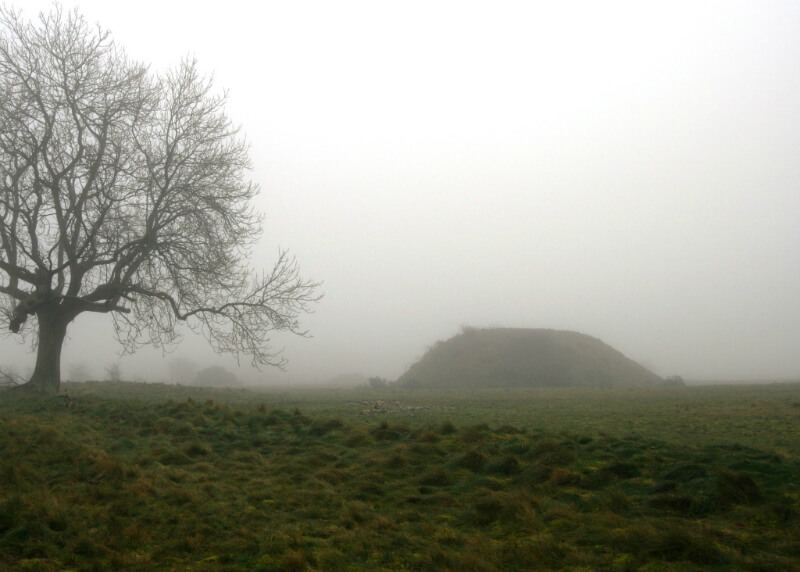 Photo by A. Mitchell on Wikimedia Commons

At sites like Sutton Hoo, evidence of incredibly lavish burials have been uncovered and provide some of our best evidence of Early Medieval culture. The most significant burial at Sutton Hoo is a ship burial that most scholars agree is likely to be 7th Century ruler of the East Angles, Rædwald.

Rædwald was buried with grave goods of incredibly high quality and rarity, in a position that would be visible from far away in all directions. Not only that, but Rædwald and his grave goods were buried in a ship of fine build quality, echoing the way that Northern Europeans would conduct burials at sea for significant people.

When did pagan burial traditions end in England?

The decline of pagan burial traditions begins with the Christianisation of Anglo Saxon Britain. The Gregorian Mission was sent by Pope Gregory at the end of the 6th Century to convert the various English Kingdoms from their Pagan religions to Catholicism. The mission continued on through most of the 7th Century and into the 8th Century. 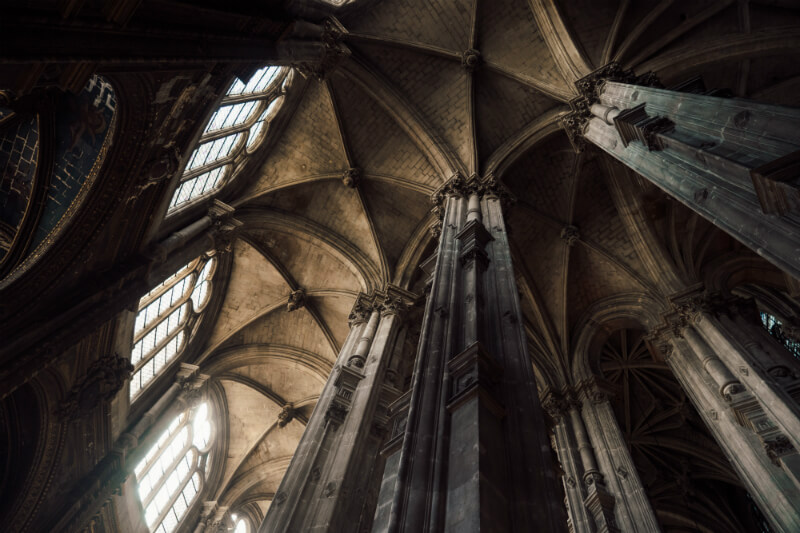 Photo by John Towner on Unsplash

Over the next two to three hundred years, archeological findings show less and less pagan symbolism in burials and more Christian imagery. By the end of the 9th Century, most of what we know of as England today was converted to Christianity and funerary tradition changed along with it.

How did Christanity have an effect on funeral traditions in medieval England?

While cremation had been a relatively common practice before the Gregorian Mission, it almost completely died out as Catholicism took hold as the main religion in England.

The practice of burying grave goods also saw a rapid decline as the traditional Christian concept of the afterlife is one where all earthly possessions are left behind.

That concept turned burial traditions away from being a ceremonial way of supplying the person who has died with what might they need to thrive in the afterlife. Instead it moved them towards a purely spiritual ceremony, where the person being buried is passed into the care of the Christian God.

How did the Norman conquest affect funeral traditions in medieval England?

William of Normandy, later William the Conqueror, brought with him Norman practices and concepts that further pushed the now predominantly Catholic English people away from the remnants of pagan funeral traditions. Norman style churches and monasteries began to be built around the country, and with them, churchyards and graveyards. 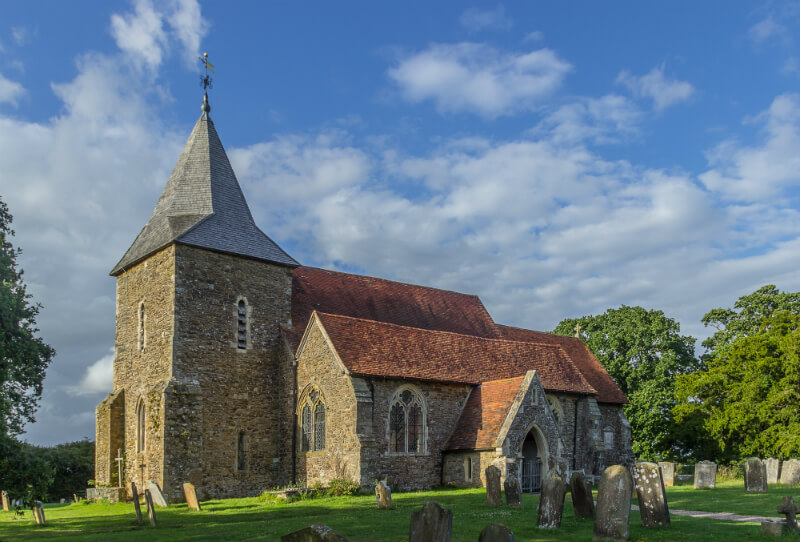 Christian burial ceremonies, very similar to those we have now, with some difference in dress and language of course, became the norm. Cremation remained strictly taboo through this period. The Catholic church of the time, and until very recently, considered cremation to be a desecration of the body and as such the practice was outlawed.

How did funeral traditions develop through the rest of the medieval period in England?

In short, not very much. Following the Norman conquest, England, like most of Europe, took its funerary cultural cues from the Catholic Church. This didn’t change until the Tudor period was well underway and Henry VIII founded the Church of England.

The beliefs of the Catholic church about where the souls of the dead went following death played a big part on English culture in the period, as it did throughout Europe.

The Catholic Church offered ‘indulgences’ which were supposed to reduce the amount of time that souls spent in purgatory being purged of their sins before ascending to heaven. Abuse and commercialisation of the system of indulgences is a large part of what led to The Reformation of the Church.

What are some famous medieval burial grounds in the UK?

As mentioned above, the Sutton Hoo burial grounds date from the earliest part of the medieval era. The burial mound of Rædwald was only constructed around 200 years after the Roman Empire left the British Isles. 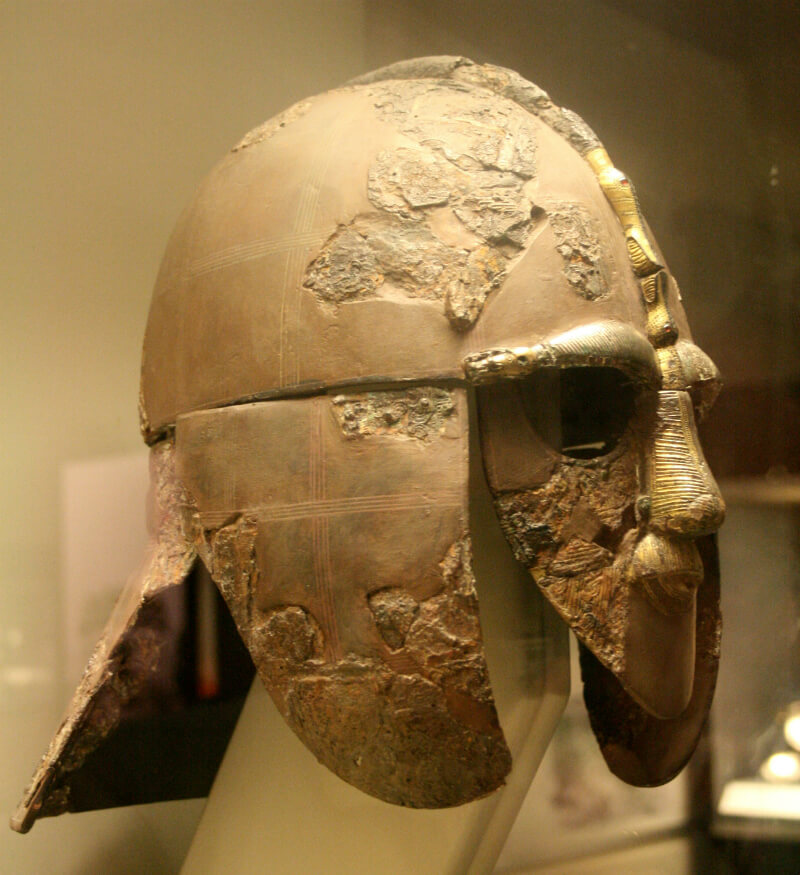 As well as Rædwald, there are several other mounds at Sutton Hoo that held the cremated and buried remains of a whole range of Anglo Saxon peoples and their possessions. Probably the most famous archaeological find at the sight was the stunningly well preserved Sutton Hoo helmet.

Weyhill in Andover is theorised to be the site of a grizzly Anglo-Norman execution cemetery. Based on the study of the bones, otherwise known as osteoarchaeology, Cotswold Archaeology concluded that many of the people buried at the site were executed for unknown crimes.

Damage to neck and back bones, removed appendages and even, in some cases, beheaded remains, suggest that a large portion of the people buried were purposefully executed.

For more information on funeral history, we have a fascinating look at what an ossuary is and what a catafalque is, amongst many other articles about funeral tradition and culture.