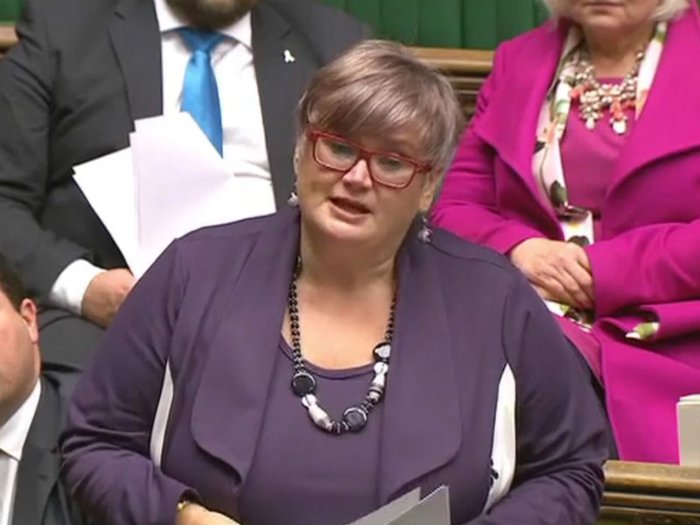 Carolyn Harris MP gave a moving speech asking the government to cover fees for children’s funerals to ease the burden of grieving parents.

“When the undertaker was explaining to me what the plans for my little boy’s funeral were, I just wanted to hold my little boy, not bury him. I remember the day the bill arrived and that fear in my stomach as to how I would pay it.”

Carolyn Harris, Labour MP for Swansea East, has given a moving plea for the government to help grieving parents with funeral costs for children, but the government has rejected the idea, claiming that bereaved families already have enough financial support.

Addressing the House of Commons, Carolyn Harris recounted the story of how her eight-year-old boy stepped into the road and was knocked down.

“On June 5, 1989, my little world blacked over and nothing was to be the same again,” she said. “At the time when I was making the decision for the funeral I was actually deciding whether to join my son on the other side or not, or to stay for Stuart, my then three-year-old who really needed his mum.”

Adding to what Ms Harris described as a “blur” of pain and grief, was the fear that she would not be able to pay for her son’s funeral. Fortunately, her local community came to her aid and raised the funds to help with the cost. For some grieving parents, though, credit cards and payday loans are the only way to give their child a funeral.

Although many funeral directors offer heavily discounted or free services for the funeral of a child, parents still have to pay hefty local authority fees for burial and cremation. This can amount to thousands of pounds, adding a significant financial burden to what is already one of the worst things any parent can ever experience.

To cover the cost of children’s burials in the UK, the government would have to set aside around £10 million annually; “a very small proportion of government expenditure” in Jeremy Corbyn’s words, which would cover the funerals of the 5,000 babies and children that die every year.

However, Theresa May rejected the impassioned pleas for government help, claiming that there is already enough financial help available: “There are facilities available through the Social Fund funeral expenses to deal with the issues.”

The Social Fund Funeral Payment to which the Prime Minister referred has previously been heavily criticised for being ineffective, with families having to pay up front before finding out if they qualify for financial help with funeral costs. For the families that are eventually told they are not entitled to any financial support, this can mean being unexpectedly stuck with thousands of pounds of debt.

Applying for the payment requires filling out a 35-page document, with complex and strict criteria to determine who is eligible for financial help. Carolyn Harris summed up the situation best: “I say to the Prime Minister that at the darkest moment of a parent’s life, I could not even fill a kettle, let alone fill in a 35-page application form.”

If you’re coping with the death of a child, find out more about the financial help with funeral costs that is available, or contact a bereavement support organisation for more help and advice.