Dealing with grief at Christmas 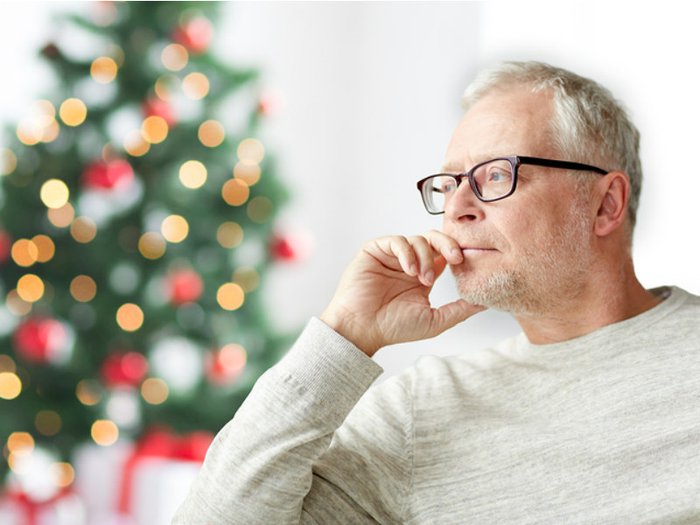 Tis the season to be jolly – but if you’re missing a loved one this year, the expectation to be nothing but full of Christmas cheer can be an unnecessary pressure.

That’s why Dying Matters, an organisation raising awareness about important end of life issues, is sending the message that the bereaved shouldn’t have to keep their grief hidden during the holiday season. Toby Scott of Dying Matters says that the pressure to have a merry Christmas, and not to ruin other people’s festive feeling, means that those coping with grief can feel even more alone.

“We want to remind people to remember those who are dealing with being in an end of life situation, or caring for someone who is dying and it might be their last Christmas, as well as those who are grieving,” says Toby.

“There will be people looking after a loved one who is dying. There is that period of ‘pre-bereavement’, being with someone and knowing that this could be their last Christmas.”

Putting on a brave face

The problem with Christmas, as Toby explains, is that there is a great deal of pressure to have fun, be happy and hide any painful emotions.

“If you think that everyone else is having a great time, then you feel even more isolated,” he says. “But it’s alright to be miserable. You’re sad because you’re remembering someone who you cared for and loved deeply. You don’t have to pretend you’re not suffering.

“It used to be that over Christmas, people would pause and toast to absent friends, but I don’t think that happens as much anymore. It’s so relentlessly tinsel and snow and children with smiley faces – it’s really hard.

“Roughly 1% of the population dies every year and that has a ripple effect, affecting close family, extended family, friends, colleagues, people they knew socially. Each death will affect a lot of people. It’s entirely right for each individual, in their own way, to pause and remember, and not pretend they’re not affected by the death. That’s what we’re trying to get across.”

Rather than burying your feelings and putting on a happy face, Toby says that acknowledging your loss at Christmas can be an important way to grieve: “At Christmas it can be particularly painful, because the emphasis on Christmas is so family-oriented. It’s the time of year that you see everyone, and suddenly there’s someone not there. It’s okay to acknowledge that.

“Part of the grieving process is marking these events, such as the first Christmas without someone. There’s nothing wrong with that, it’s part of grieving. You’ll never stop missing them and you’ll never stop loving them, but you will start to find ways to carry on with life.”

Supporting a friend over Christmas

If you’re spending Christmas with a friend or family member who is coping with grief, Toby has some words of advice: Don’t pretend it didn’t happen. Just as the bereaved shouldn’t have to pretend they are okay, it’s important that you acknowledge that they might be struggling.

He adds, “Be up front about it, saying, ‘If you want to talk about it, you can.’ But if they don’t want to talk, then that’s fine.”

For ideas of how to acknowledge your loved one in your Christmas traditions, see our list of 10 Christmas memorial ornaments, or read more about coping with bereavement. You can also find out more about supporting a bereaved friend or relative.