A Guide to Funeral Flowers & Arrangements 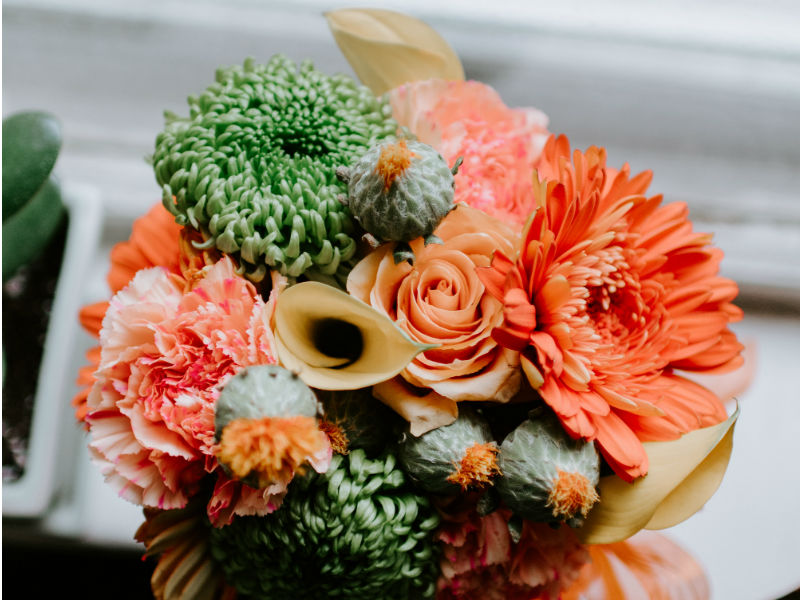 Photo by Kelly Sikkema on Unsplash

Sending funeral flowers to the family after a loved one has died is a long-running tradition in the UK and an appropriate way to pass on your condolences.

Choosing the right funeral flower arrangement can be a little difficult. If possible, it is best to ask the person who is organising the funeral beforehand whether or not there is a colour scheme.

These are the flower tributes that are most typically associated with funerals. They are circular in shape and are suitable for sending directly to a funeral whether you are family or a friend.

Funeral crosses also have strong connotations with funerals. However, they are traditionally sent by family or close friends. They are available in a range of colours and styles from most florists.

The posy tribute is suitable for any mourner to send to either the funeral, or to the home of the person who has passed away. It is circular so that the flowers can be viewed easily from all angles. They can be made in modern or traditional styles.

A tied sheaf looks very similar to a normal flower bouquet. The plastic that would usually surround the bouquet has been removed and it is tied instead. It is suitable for any mourner to send a tied sheaf.

Funeral sprays are commonly associated with sympathy. This would be an ideal tribute for a friend and their family.

A coffin spray is chosen by the person arranging the funeral or close family members. It would generally be seen as inappropriate for anyone else to send one as they traditionally adorn the coffin or casket.

Letter tributes will commonly accompany the coffin in the hearse. Commonly used letter tributes are: “Dad”, “Mum”, “Nan” and so forth. These are very popular and can be made with any colour flower in the shape of any word you like. Close family will usually provide a letter tribute.

Special tributes are usually pictures that you would associate with the person who has passed away that is then made out of flowers. Common choices include a heart, a star, a football top in team colours, an anchor, but more unusual options are available.

If you have a certain idea in mind, ask the florist if it can be done. Special tributes are generally acceptable from all mourners.

Where to buy them

Florists will usually have a wide range of styles and colours for you to choose from for funeral flower arrangements.

Some funeral directors will also have the facilities to be able to make your tribute.

You can also purchase funeral flowers via the internet. There are many online retailers that offer competitive prices, and the range of floral tributes is a lot wider than most florists.

Where to send floral tributes

It is advised to send flowers straight to the funeral home that is helping to organise the funeral.

The funeral director will be able to arrange for the flowers to be delivered to the place of burial or cremation on the day of the funeral.

If you know the address of the immediate family, and you are a relative or a close friend, you can send the flowers directly to them. This means that the family can decide where they would like the flowers to be placed. However, it is important that you send them when you know someone will be available to accept the delivery.

When you send funeral flowers, you must always include a note so that the family know who the flowers are from. Sometimes the family will send out thank you notes to those who have sent flowers.

Heartfelt messages are the most suitable, but if you are not sure what to write the flower provider will have some standard messages that you can choose from.

When to send them

If you wish for the flowers to be included in the funeral, make sure that you have ordered your flowers at least 48 hours before the funeral is due to take place.

Sometimes people like to send flowers a few days after the funeral as it shows the family that you are still thinking of them.

Some families will ask for charitable donations instead of flowers. This will usually be stated in any newspaper obituary notices regarding the funeral or on a Funeral Guide obituary. If you are not sure, you can contact the funeral directors directly and they will able to tell you what to do.

It is now becoming more popular for balloon tributes to be included in funerals. They are seen as a celebration of life more than a mourning of the death. Generally, it is advised to ask a family member before buying a balloon tribute, as it may not be fitting with the funeral theme.