One More Minute: What would you say? 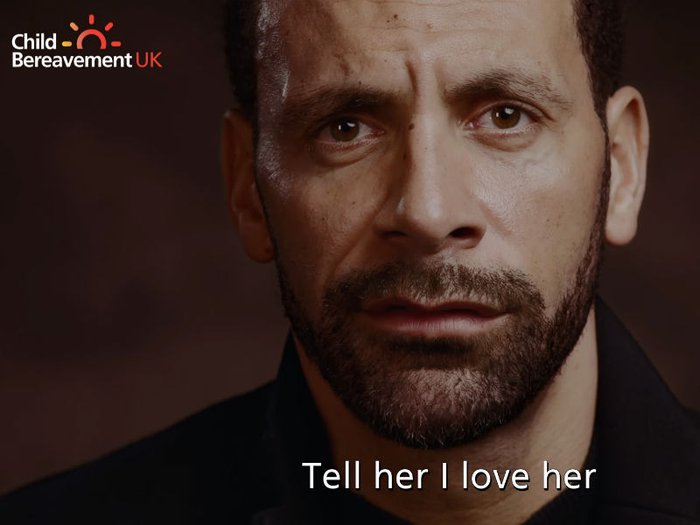 Mary Berry, Rio Ferdinand, actor Jason Watkins and Ben Fogle are among the celebrities who have paid moving tribute to loved ones in a moving campaign by Child Bereavement UK.

They are backing the grief support charity’s #OneMoreMinute campaign, to encourage more people to reach out for bereavement support. It will also help raise funds that Child Bereavement UK needs to continue its work helping children and families, when someone they love dies.

The stars are visibly emotional, as they each share what they would say to the precious people in their lives if they had one more minute to spend with them. Mary Berry, whose son William died in a car crash aged just 19, said: “I would thank him for being a brilliant son.”

Rio Ferdinand said that he would ask his wife, Rebecca, who died in 2015, for guidance with their children and tell her that he loves her.

Child Bereavement UK is asking families across the UK to join in and share the words they’d say if they had one more minute to spend with someone that they miss.

Prince William is among the supporters of the campaign and of the charity, whose founder patron is grief psychotherapist Julia Samuel. He has added his voice to those of children and families from around the UK who talk about their grief and the words they would love one more minute to say, in a moving video.

He said: “The death of a parent or child is one of the most painful experiences anyone can endure. Child Bereavement UK is a charity very close to my heart. It provides a lifeline to bereaved families, helping them to talk about their grief.”

It says around 111 children are bereaved of a parent every day, while in 2015, 10,133 babies, children and young people aged under 25 died. It hopes the One More Minute campaign will make more families aware of the bereavement support it can offer them, when a parent, child or sibling dies.

In order to keep reaching out with support for the bereaved for as long as they need it, Child Bereavement UK is asking people to donate £3 a month through its One More Minute campaign.

Child Bereavement UK chief executive Anne Chalmers told The Guardian that this support is vital to help the charity “plug the gaps” in bereavement support across the UK.

She said: “Our vision is for all families to have access to the support they need.”