10 more of the world’s most beautiful cemeteries 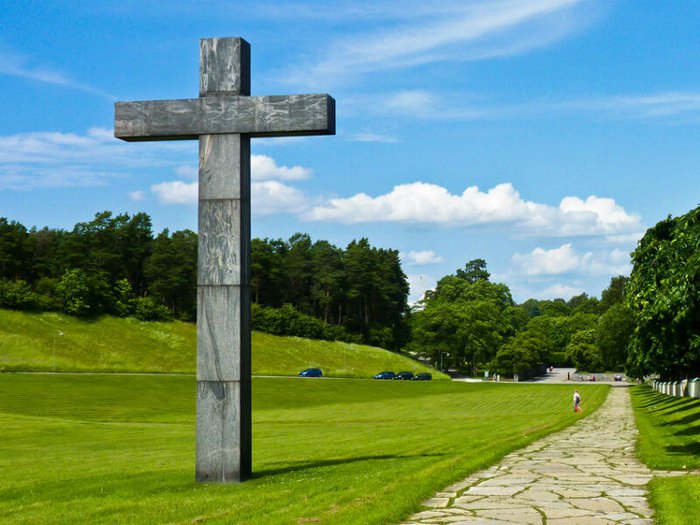 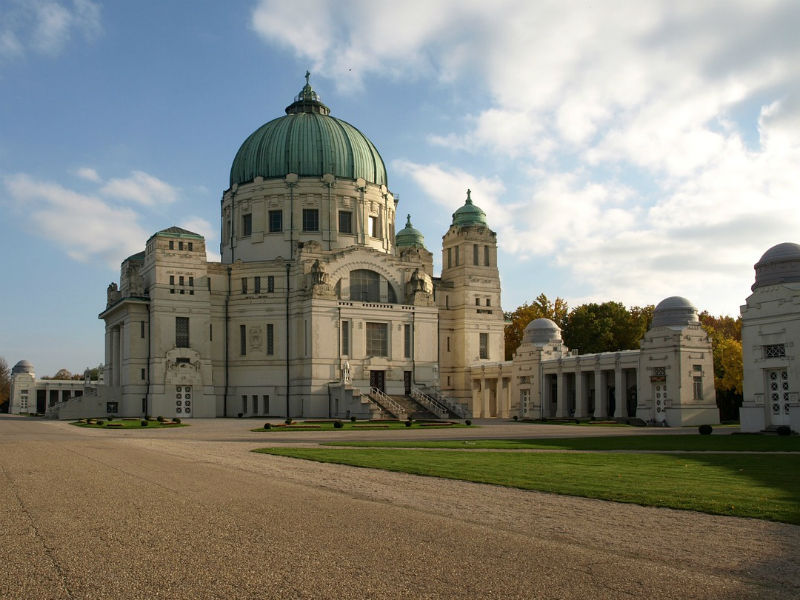 Located in an outer district of Vienna, Zentralfriedhof is one of the largest cemeteries in the world, with over 330,000 graves. The church at its centre, the Dr. Karl Lueger Commemoration Church, is a thing of beauty in its own right, with an impressive domed ceiling painted blue and gold. Its carefully cultivated grounds span over 620 acres and residents include some of the greatest composers who have ever lived: Mozart, Beethoven, Schubert and Brahms to name but a few. 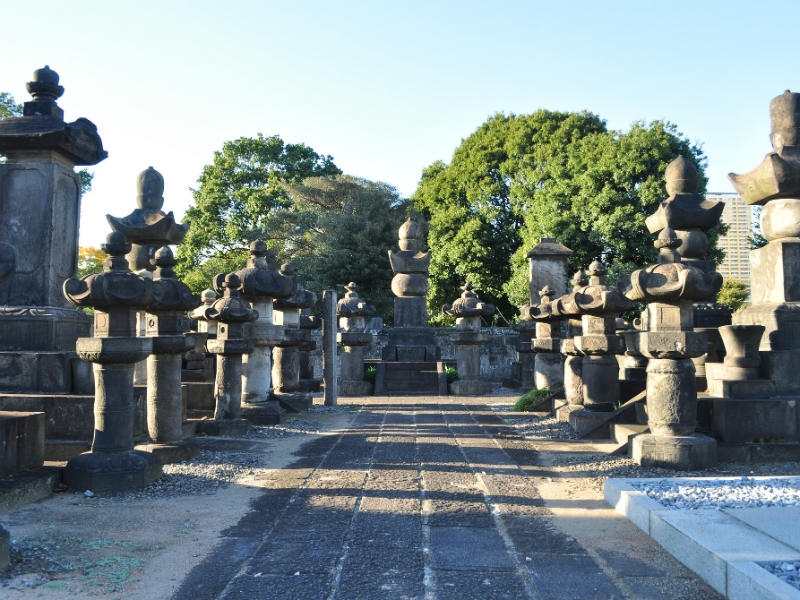 Yanaka’s 25 acres house around 7,000 graves, including a walled area in honour of the Tokugawa clan, a famous family whose shoguns ruled Japan between 1603 and 1867. The last shogun, Tokugawa Yoshinobu, was laid to rest in Yanaka. In April Yanaka’s many cherry trees come into bloom and the paths are entirely covered with pink cherry blossoms. 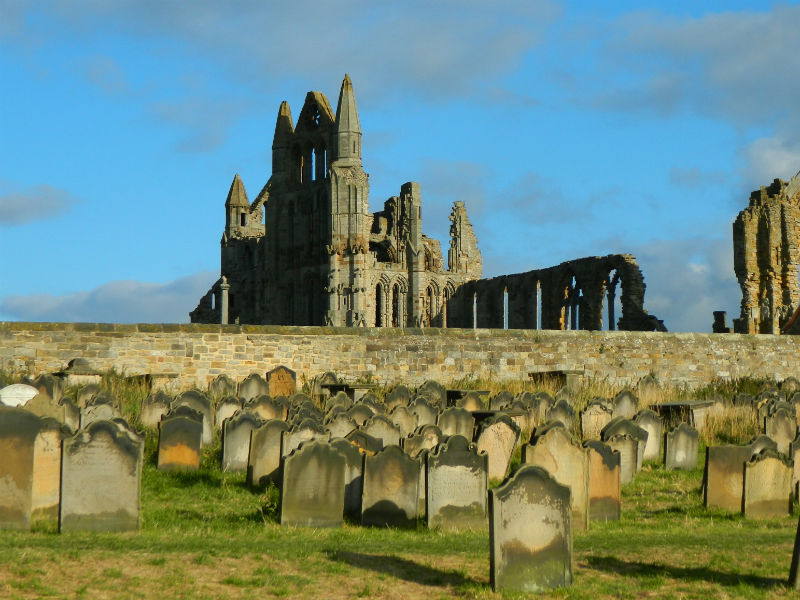 Overlooking the town of Whitby and the North Sea, St. Mary’s churchyard has a prime location next to the internationally renowned ruins of Whitby Abbey. The Abbey and St Mary’s graveyard were featured in Bram Stoker’s classic horror novel Dracula, so expect to see plenty of tourists, especially during the Whitby Goth Weekend in November. Aside from its pop culture fame, the graveyard’s position on the clifftops offer some fantastic views, especially at sunrise. 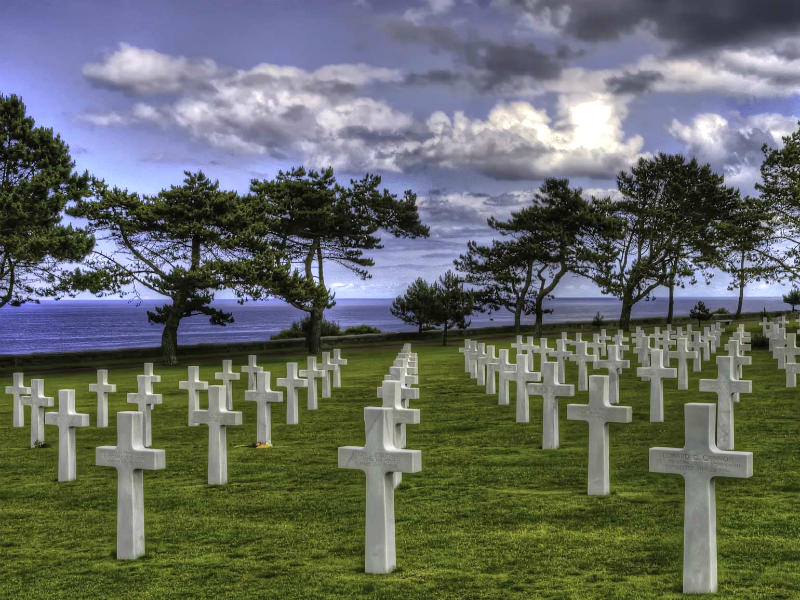 The American Cemetery in Colleville-sur-Mer was established in 1944 as a final resting place for some 9,387 US soldiers killed in World War II, most of whom lost their lives in the D-Day landings and Normandy campaign. All graves are marked with a simple white cross (or white star for Jewish soldiers), laid out in regular rows. The sight of so many headstones, stretching out in every direction, is as beautiful as it is humbling. Few visitors leave the cemetery grounds without being emotionally moved. 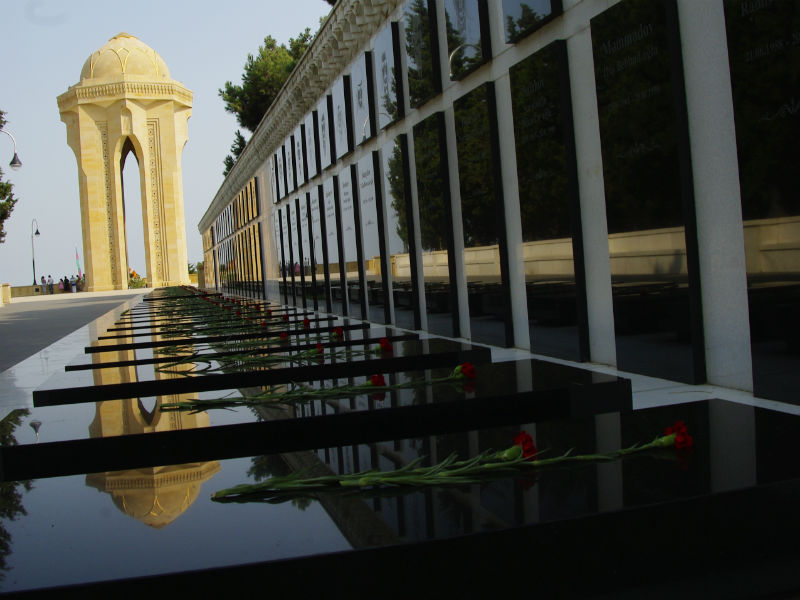 Translating as ‘martyrs’ alley’, Shahidlar Khiyabani is a cemetery and memorial to those killed during conflict in Azerbaijan. It is estimated that around 15,000 people are buried there. The cemetery overlooks the Caspian Sea and offers incredible views of the whole of Baku. The Eternal Flame memorial is a tall, domed chalkstone structure housing a continually burning torch in tribute to lives lost during conflicts with the Soviet Union. 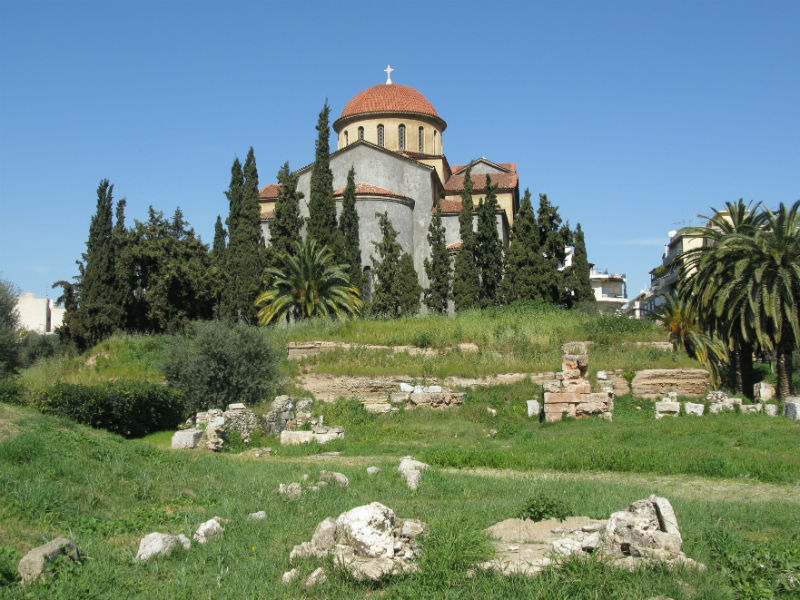 In the heart of Athens, the ancient cemetery of Kerameikos is an important archaeological site, located only a stone’s throw from world-famous landmarks such as the Acropolis. Although urban Athens is so close, this corner of Kerameikos is peaceful and verdant, with the Ekklisia Agia Triada overlooking the final resting places of some of Athens’ oldest residents. 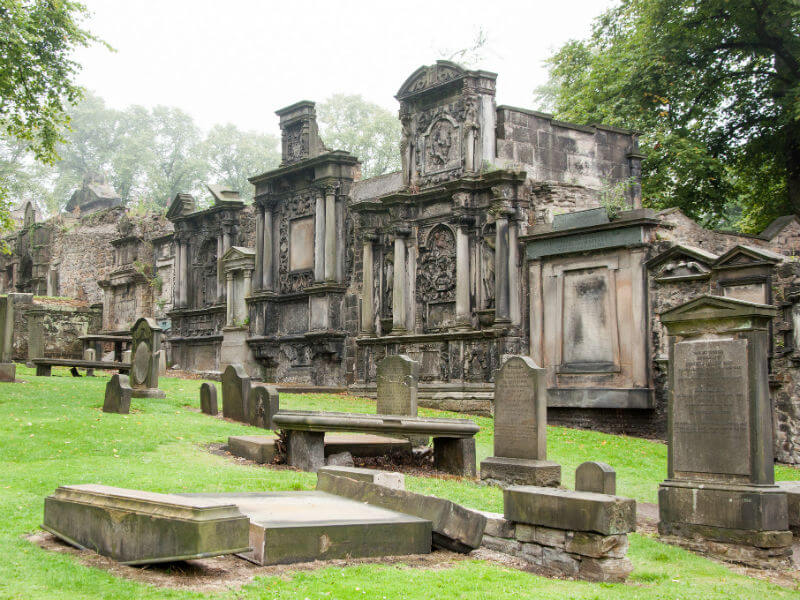 Probably the most famous graveyard in Scotland, Greyfriars Kirkyard in Edinburgh features a collection of beautiful Gothic-style monuments, some dating back to the 1600s. The churchyard has been the location of many significant historical moments, such as the signing of the National Covenant in 1638. The most popular story associated with this cemetery is that of Greyfriars Bobby, a loyal dog who refused to leave his owner’s graveside and lived there until he died of old age. 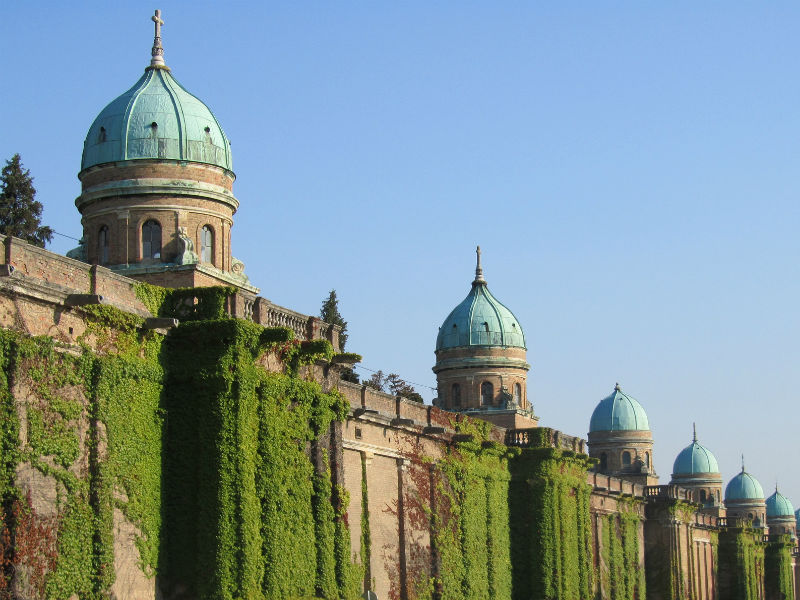 The vast and stunning Mirogoj Cemetery is the work of renowned Austrian architect Hermann Bollé, who envisaged a ‘Town of the Dead’, surrounding graves with arcades, pavilions and chapels. Work began on this ambitious project in 1879 and was finally finished half a century later in 1929. Bollé himself was laid to rest there, along with many of Croatia’s most important and influential artists, writers and politicians. 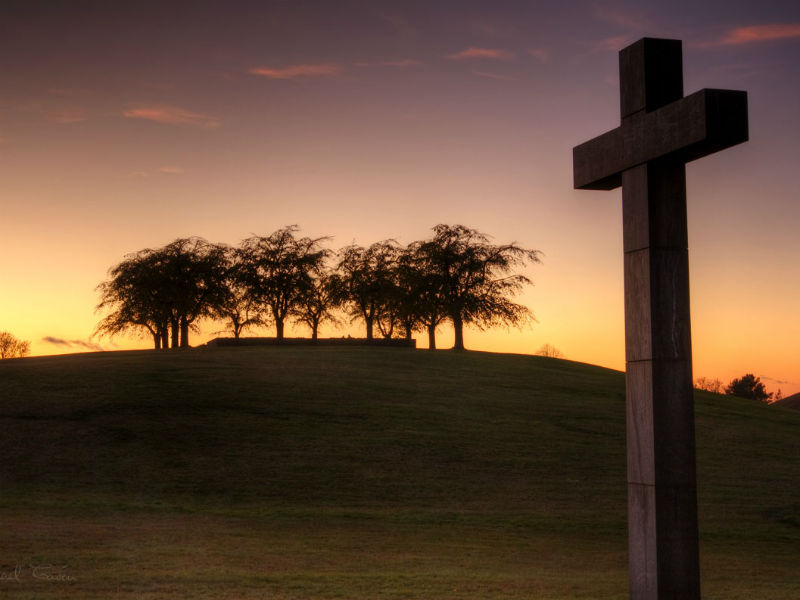 Skogskyrkogården, or ‘The Woodland Cemetery’, is a Unesco World Heritage Site - only the second Heritage Site built in the 20th Century. Designed by Gunnar Asplund and Sigurd Lewerentz, Skogskyrkogården aims bring nature and architecture together in beautiful harmony. All the gravestones are small and unintrusive, hidden deep within woodland. No grave is bigger than the others, demonstrating that everyone is equal in death. The woodland is home to hares, foxes, and roe deer, as well as endangered species of fungi and beetles. 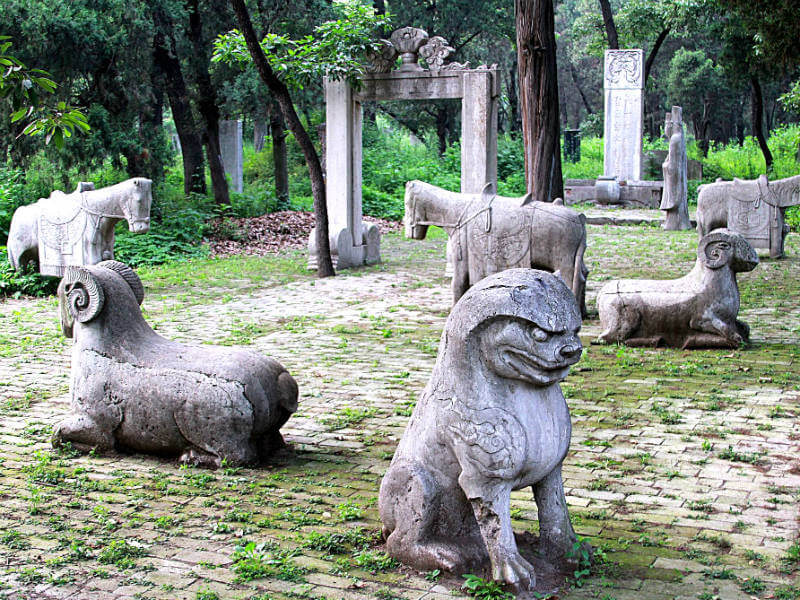 Another Unesco World Heritage site, this cemetery contains the tomb of the famous Chinese philosopher Confucius and some 100,000 of his descendants, members of the Kong family. The cemetery is around 2,500 years old and has been reconstructed and renovated many times over the centuries. Some of China’s most talented architects and artists have contributed to its temples, monuments and graves, making it a beautiful and historically significant site.

Read about another 10 of the world's most beautiful cemeteries on the Funeral Guide blog.