Solace Reef: A cemetery on the sea floor 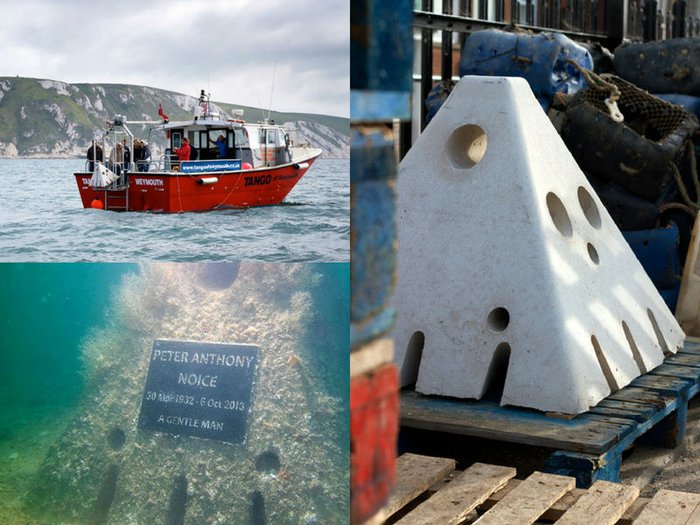 A white stone pyramid plunges into the waves, sinking sixty feet below the surface to the sea bed.

There it will rest until more stones join it and they begin to form a palisade on the sea floor.

In the meantime, lobsters, conger eels and fish venture to explore it. Weeds and sponges will begin to grow on it, as it becomes a haven for marine wildlife.

These pyramids are forming Solace Reef – a contender for the most unusual cemetery in the UK. 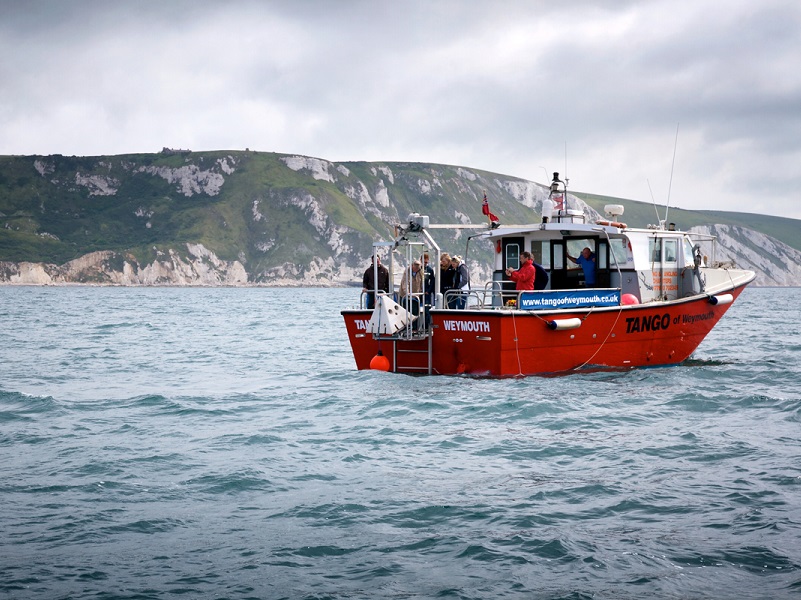 A Solace Stone ready to be dropped into the English Channel, off the coast of Dorset (Picture: Solace Reef)

The underwater burial site, located off the coast of Dorset, is the first-of-its-kind for the nation and is providing the perfect final resting place for people who loved the sea.

Underwater funerals at Solace Reef begin by placing the cremation ashes inside the pyramid-shaped Solace stones.

The impressive white pyramids are made from Portland stone, quarried from the fossil-rich Jurassic Coast nearby. On each memorial, an engraved plaque is attached in someone’s memory.

Up to 12 close family and friends can attend the memorial ceremony at sea, bearing witness from the boat as the stone is committed to the deep. 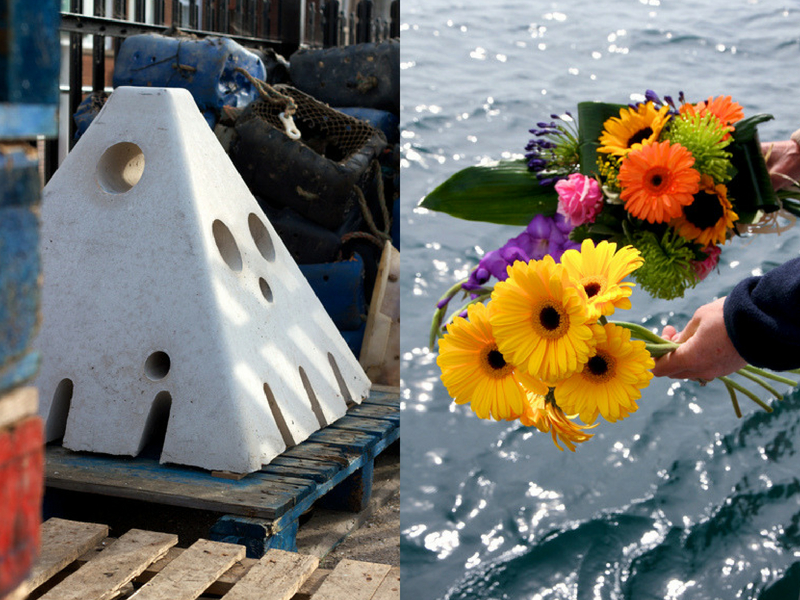 A memorial with a legacy (Picture: Solace Reef)

Like a more traditional burial at sea or ashes-scattering on the waves, families can arrange for a celebrant to accompany them, or say their own words of remembrance, as part of the memorial ceremony.

The stone is released with a splash – and families place flowers in its wake.

Families who’ve chosen an underwater burial for their loved one have described the memorial service as an “amazing experience” conducted with great care and dignity. 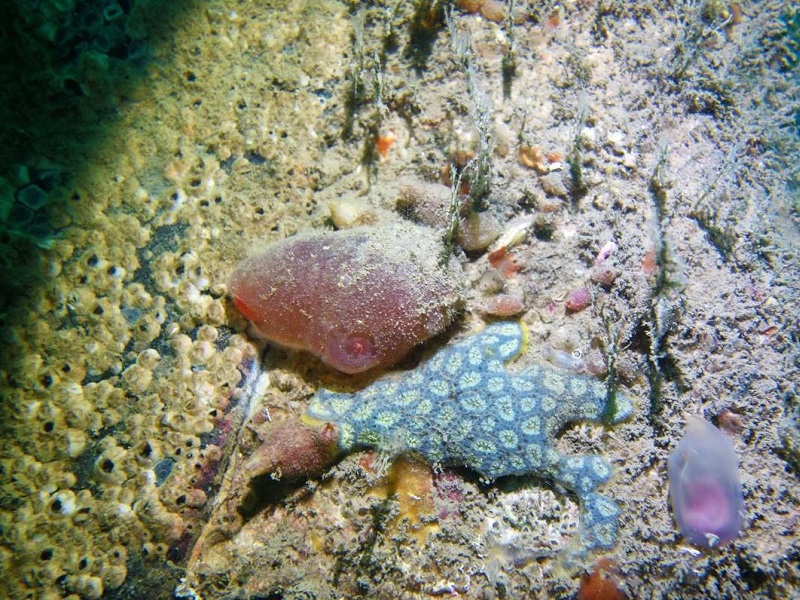 Solace Reef is part of a global drive to help create sustainable environments to help marine life thrive, as diver and entrepreneur Sean Webb, who along with Marcus Darler has pioneered the underwater cemetery, explains.

“I stumbled across a documentary about memorial reefs, located in America,” he says. “And I thought to myself, ‘I wonder if we could do that here?’” 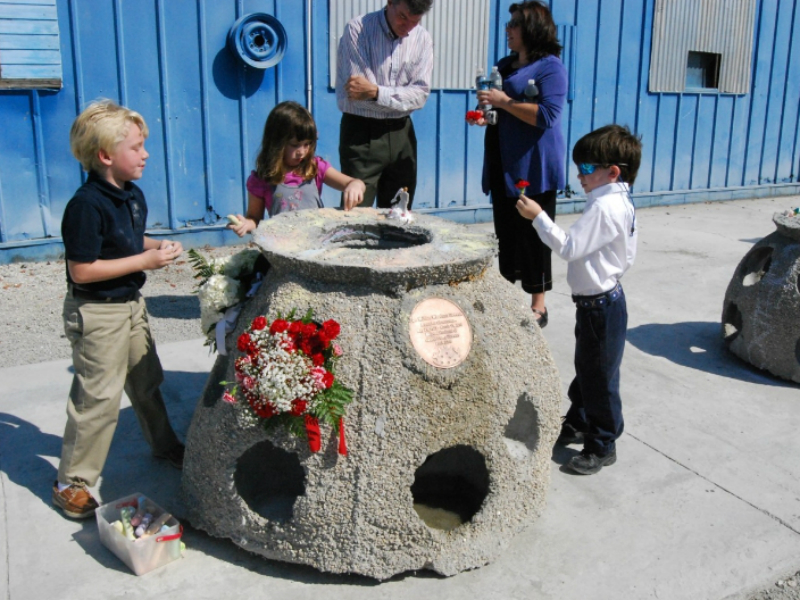 Sean was already part of a project to build an artificial reef off the coast of Dorset, which would be aimed at drawing in divers and wildlife.

He thought that creating a memorial reef burial ground might help fund the project, but there was a problem – the shape.

Designed to attract corals to grow in warmer waters, Eternal Reefs are made up of cremation-ashes infused ‘reef balls,’ not pyramids.

“I thought, that won’t work for the lobsters,” says Sean.

“The reef needed to work for the wildlife here, so we needed to come up with something different.”

The team approached experts from the University of Southampton to come up with an innovative design, which was aimed at aiding lobster restocking in the area. 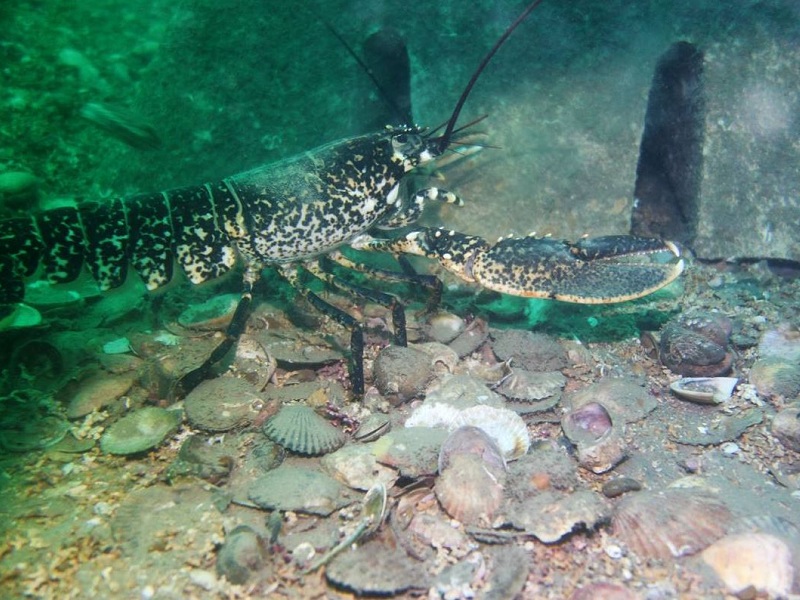 The memorial reef has aided a lobster restocking project in the region (Picture: Solace Reef)

Every Solace Stone is built with a selection of holes and grooves to help shelter young lobsters and encourage them to burrow underneath, until shells grow big and tough enough for them to explore the wider sea-world.

So far, Solace Reef had conducted eight burials at sea, with another due to take place later this year.

Keen divers can swim down to the reef to see how it is developing – just as cemetery visitors respectfully enjoy how nature has reclaimed burial grounds on dry land. 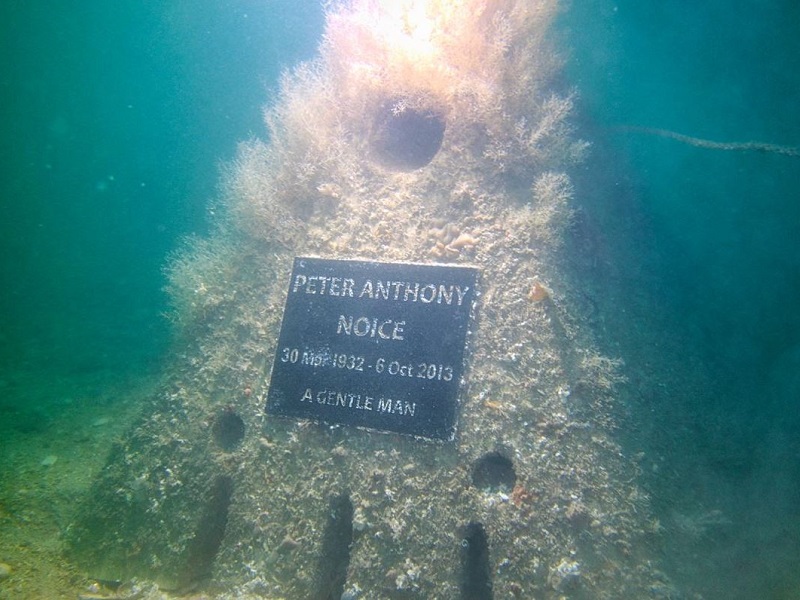 This memorial stone was one of the first (Picture: Solace Reef)

The Solace Stones are a reminder of someone’s unique life, says Sean, and a legacy that is forming a unique place. 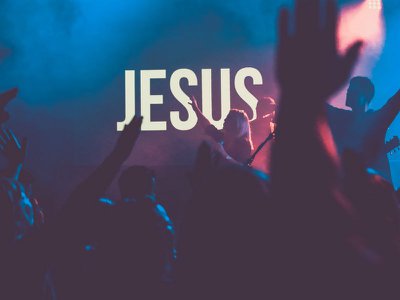