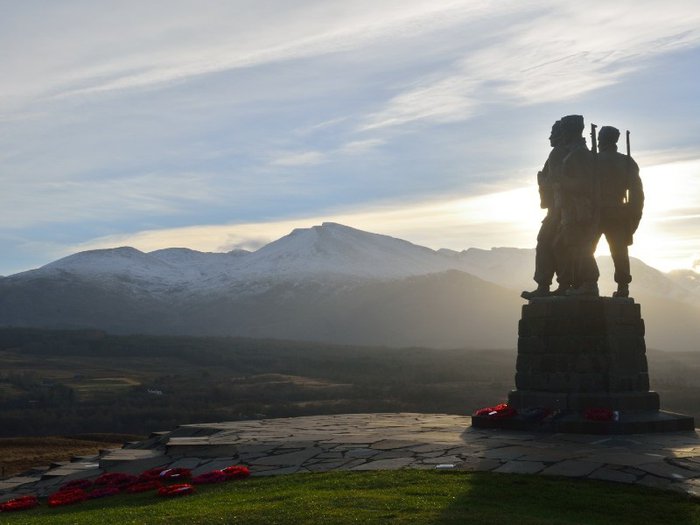 Photo by Michael Elleray on Flicr

11 November is Remembrance Day, which honours people who have served in the armed forces since the First World War.

The nearest Sunday to 11th November is called Remembrance Sunday, when services of Remembrance are held across the country.

In 2020 Remembrance Sunday will be commemorated on 8 November. Due to the coronavirus pandemic, the Royal British Legion will not be holding it's annual Remembrance Sunday March Past the Cenotaph. However Remembrance poppies will still be worn until Wednesday, 11 November, when a two minute silence will be observed across the UK at 11am.

You can find out more about the origins of Remembrance Day and how it is commemorated in our guide to it, including information on what is happening in 2019. 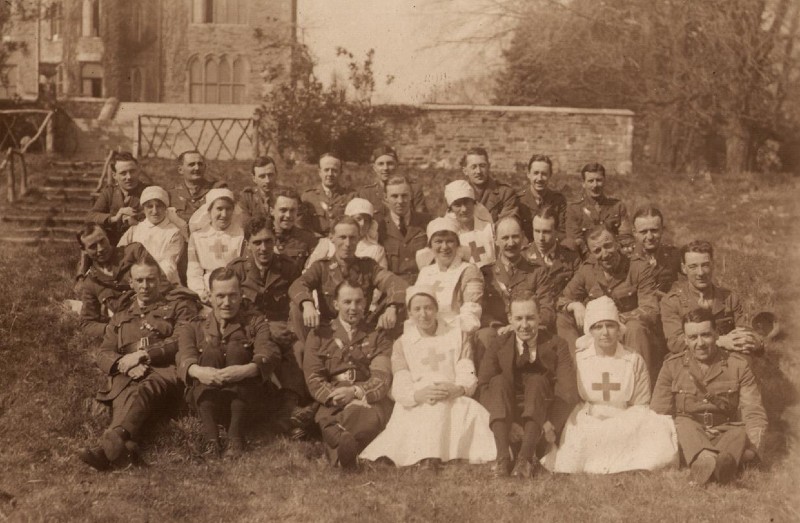 Photo by whatsthatpicture on Wikimedia Commons

What is Remembrance Day?

Remembrance Day commemorates the signing of the armistice between the Allies and the Central Powers at the end of the First World War on 11 November, 1918.

The first Remembrance Parade in Whitehall, London happened on 19 July, 1919 to celebrate "Peace Day". The centrepiece of the parade was a temporary cenotaph, constructed from wood.

This memorial was so popular that it was replaced by a permanent monument. The Cenotaph is now the focus of Remembrance in the UK.

The popularity of the first Remembrance Parade prompted King George V to request that a two minute silence be observed by the nation, at the 11th hour of the 11th month.

Remembrance Day was originally called Armistice Day because it is the anniversary of the armistice. Since the end of the Second World War 11 November is more commonly called Remembrance Day to commemorate servicemen and women who died in all conflicts since the First World War. 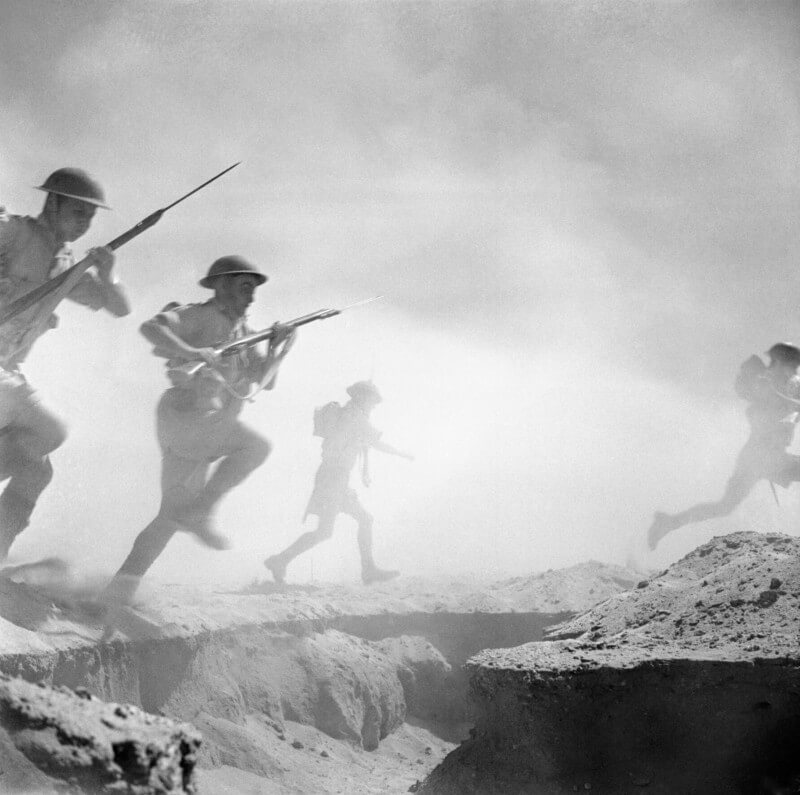 In the United States 11 November is called Veterans' Day.

There are lots of other famous war memorials around the UK, including many in the National Memorial Arboretum in Staffordshire.

Every year millions of people in the UK donate money to the Royal British Legion's Poppy Appeal and wear a red poppy in remembrance of soldiers who have died in conflict. There also poppy appeals in Australia, New Zealand and Canada. 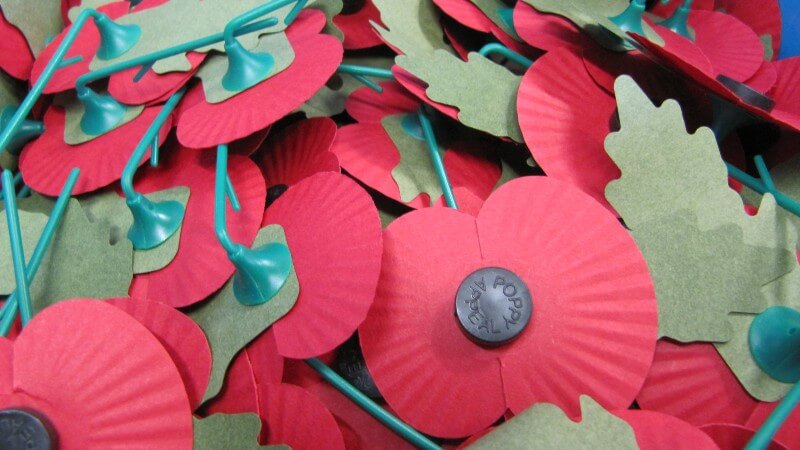 The first remembrance poppies were made and sold to help wounded First World War veterans in 1921. The poppies are made in a factory still staffed by disabled ex-servicemen and women, while many are sold by veterans. Today, you can wear your poppy in a number of different ways, from the traditional paper buttonhole, to wristbands, enamel pins and glittering poppy brooches.

The Royal British Legion believes that wearing a poppy is a personal choice, which reflects individual feelings about Remembrance. It is greatly appreciated by the veterans and military families supported by the Legion.

The choice of the poppy as a symbol of Remembrance was inspired by the poem, In Flanders Fields, by Lieutenant Colonel John McCrae, a doctor who served in the First Canadian Contingent during the First World War. Writing in 1915, McCrae reflected on the resilience of the delicate flowers that sprang to life amid the devastation of the churned-up battlefields. 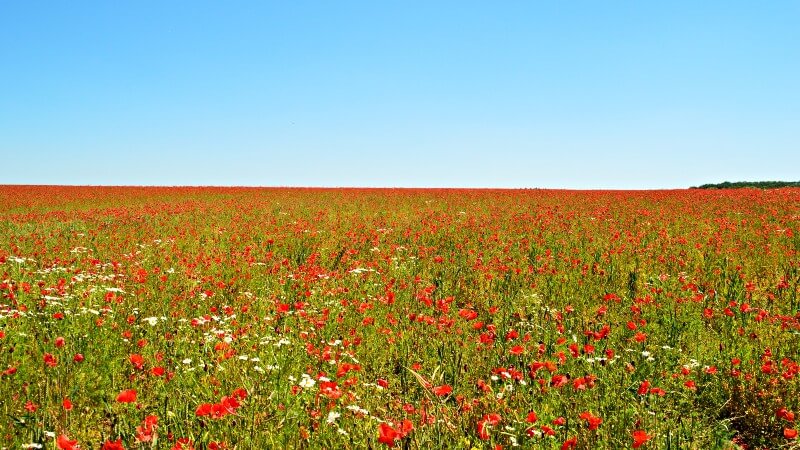 In Flanders' Fields by John McCrae

In Flanders fields the poppies blow

Between the crosses, row on row,

That mark our place; and in the sky

Scarce heard amid the guns below.

We are the Dead. Short days ago

Loved and were loved, and now we lie,

Take up our quarrel with the foe:

To you from failing hands we throw

The torch; be yours to hold it high.

If ye break faith with us who die

We shall not sleep, though poppies grow

A two minute silence is observed at 11am on Remembrance Day across the country to remember servicemen and women who have died. Silences are observed in many different locations, including schools, offices and shops. Many people also take time to observe the two minute silence alone in their own home.

The Royal British Legion Festival of Remembrance is an annual service of remembrance at the Royal Albert Hall in London. The festival features music, readings and other performances by both members of the armed forces and civilians. 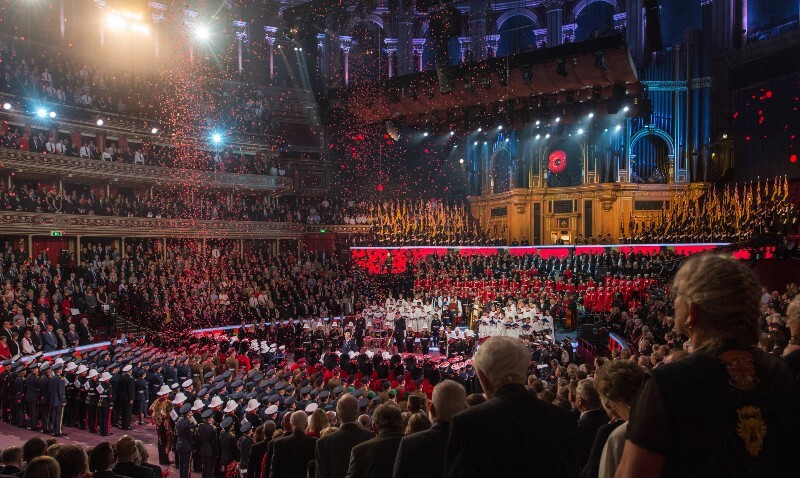 The programme for the Festival of Remembrance changes every year, but a consistent feature of it is the Drumhead Service lead by a senior chaplain in the army. 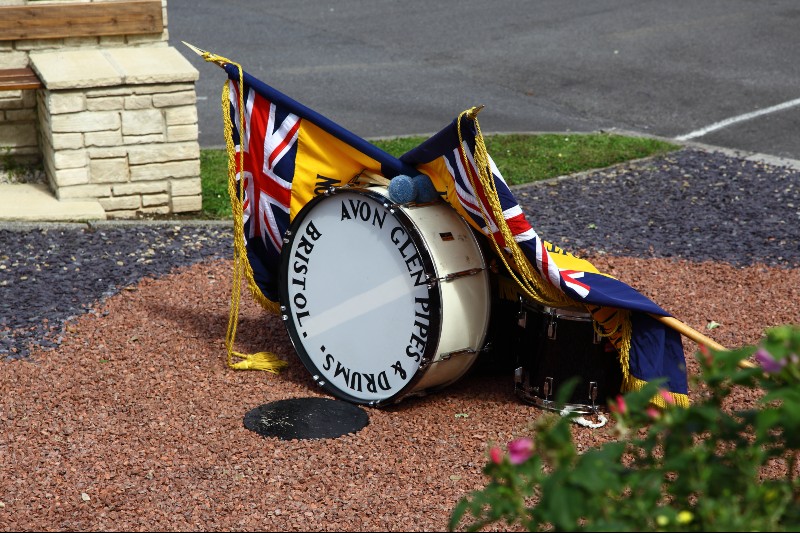 The festival culminates with the entry of representatives of the armed forces and civilian services into the centre. As well as the Army, Royal Navy, Royal Air Force and Royal Marines, members of other services, such as the Queen Alexandra's Royal Army Nursing Corps, Gurkhas, and civilian organisations, such as St. John's Ambulance, also appear in the parade. Once everyone has gathered in the centre of the hall there is a two minute silence and millions of paper poppies, representing soldiers killed in conflict, fall from the ceiling.

The Royal British Legion Festival of Remembrance is always attended by the Queen and other senior members of the Royal Family.

In 2019 the Festival of Remembrance commemorated the 75th anniversary of the D-Day landings and other major battles of 1944, including the ill-fated Operation Market Garden; an attempt to invade Germany via the occupied Netherlands after D Day. 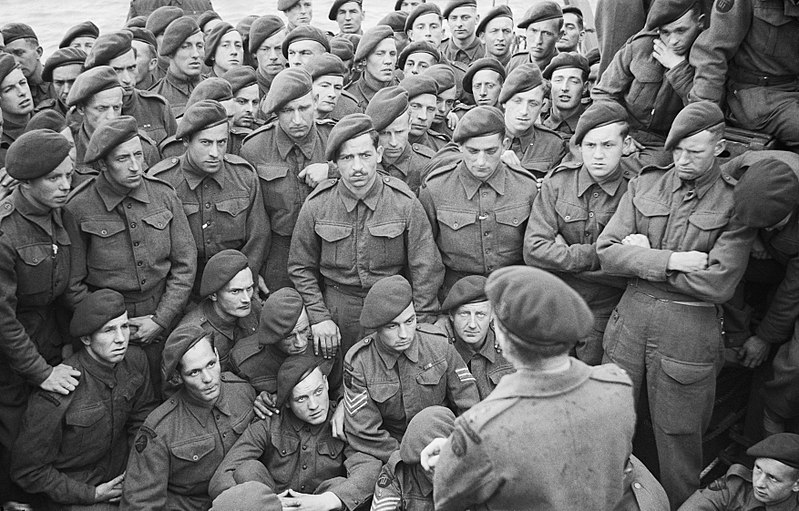 The centenary of the foundation of Government Communications Head Quarters (formerly Government Code and Cypher School) and the work of the secret services will also be remembered at the festival.

On Remembrance Sunday there are services of remembrance across the country, in churches or at war memorials. The largest service is the Cenotaph Service in London. Wreaths are laid at the Cenotaph by the Queen, senior members of the royal family, Joint Chiefs of Staff, the Prime Minister, the Leader of the Opposition and other political parties, and ambassadors from Commonwealth countries and allies that fought in the First and Second World Wars. 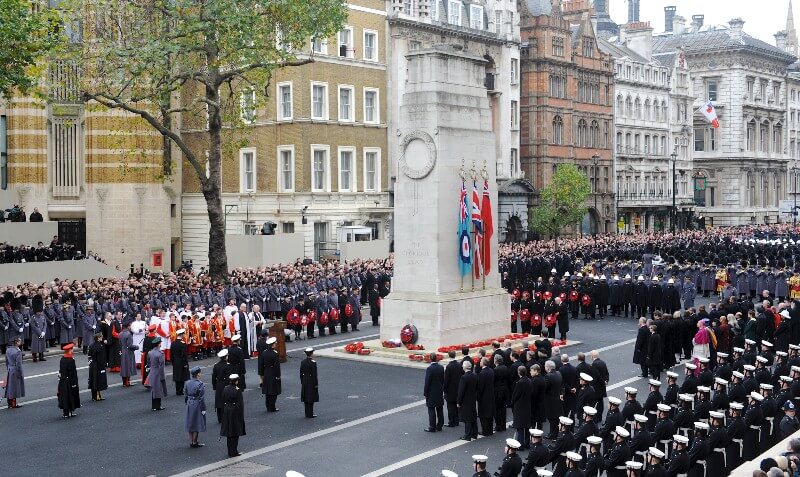 At the 2018 Cenotaph Service the President of Germany, Frank-Walter Steinmeier, also laid a wreath to mark the centenary of the First World War.

A representative of Germany attended all commemorations of the First World War between 2014 and 2018. In 2016 the former president, Joachim Gauck, attended a service on Orkney to mark the centenary of the Battle of Jutland.

After the service there is a parade past the Cenotaph by ex-service associations. The associations represented in the parade represent all branches of Britain's armed forces, from the Royal Tank Regiment Association and Fraserburgh, Macduff & Northeast Gordon Highlanders Association, to Princess Mary's Royal Air Force Nursing Association and Royal Navy Clearance Divers' Association.