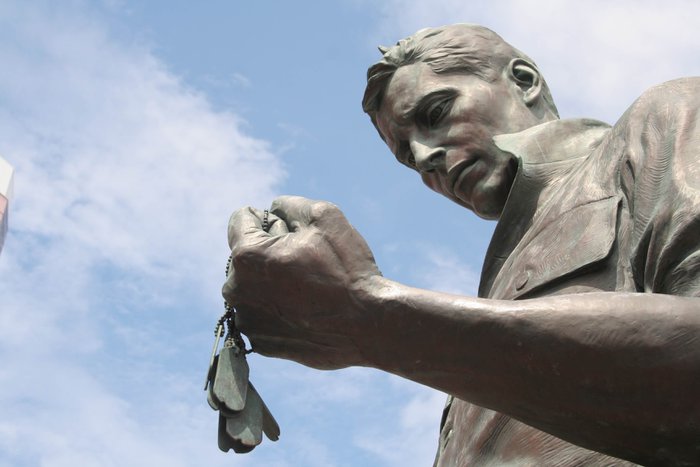 Thousands of war memorials have been erected to commemorate the service and sacrifices of soldiers in conflict, from entire battlefields and grand monuments, to discrete statues.

This list is a guide to some of the most famous war memorials around the world. 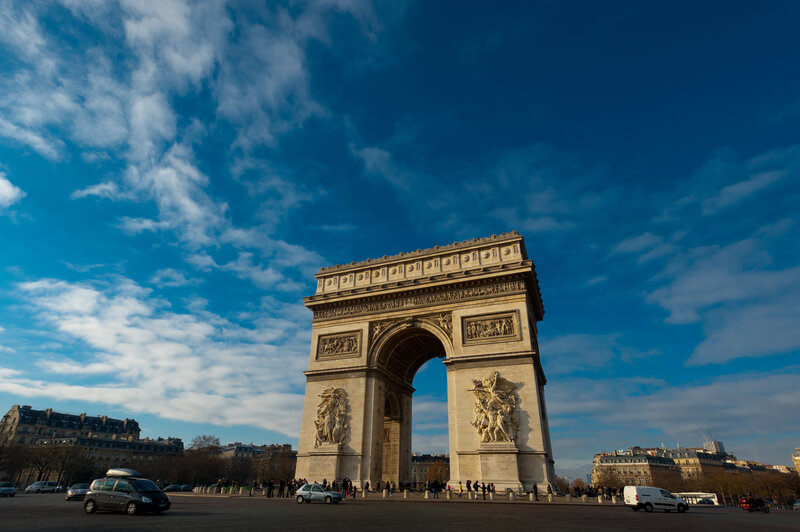 The Arc de triomphe, which commemorates soldiers killed in the French Revolution and Napoleonic Wars, was dedicated in 1836. In 1920 the body of France’s Unknown Soldier was interred beneath the arch and commemorated by an eternal flame. The Arc de triomphe remained the largest triumphal arch in the world until Mexico’s Monumento a la Revolución was completed in 1938. 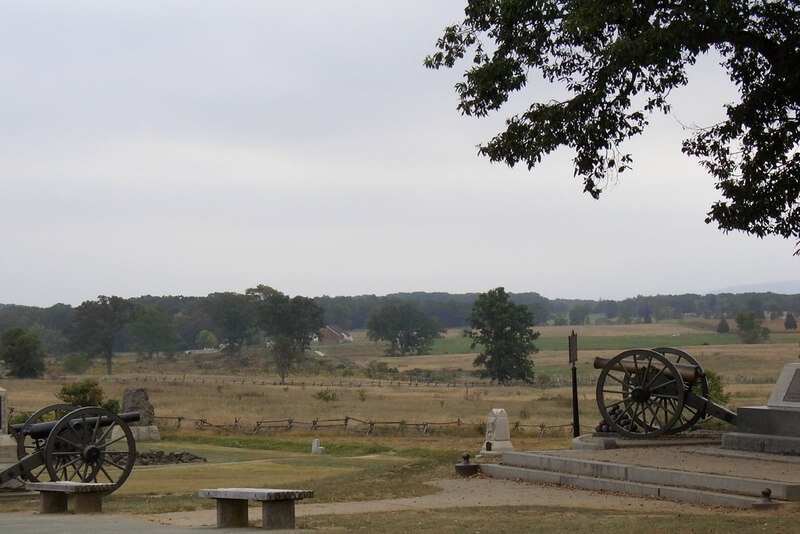 The battle of Gettysburg is widely regarded as the turning point of the American Civil War. In 1863 the Union Army of the Potomac, commanded by General George Meade, defeated General Robert E. Lee’s Confederate forces. The entire Gettysburg Battlefield Historical District is now regarded as a memorial to Union and Confederate soldiers who died there. President Abraham Lincoln delivered his Gettysburg Address at the consecration of the Gettysburg National Cemetery a few months later. 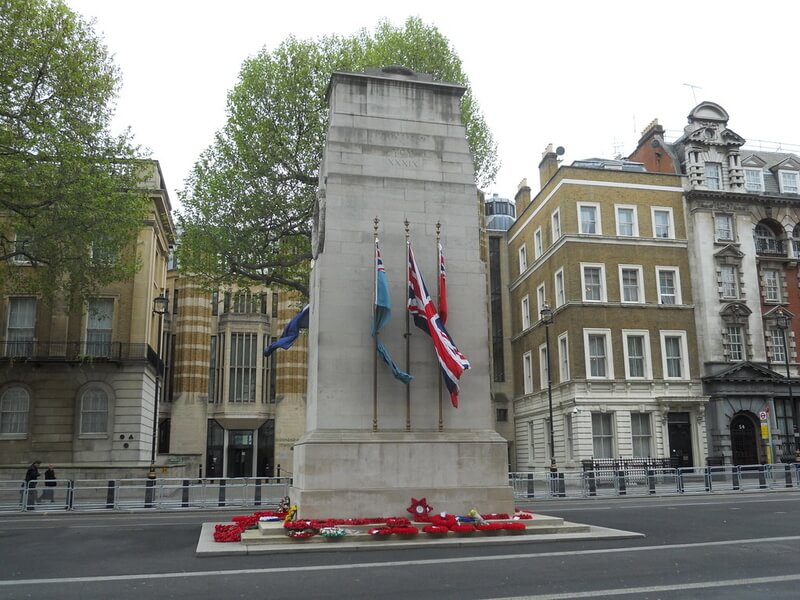 The Cenotaph in London is the centrepiece of the Annual Service of Remembrance in the UK. The original wooden and plaster structure, erected for the Peace Day celebrations in 1919, was so popular that it was quickly replaced by a permanent version made from portland stone, which was unveiled by George V on 11 November 1920. The cenotaph remains the official memorial for the dead of the British armed forces in all military conflicts since World War One. 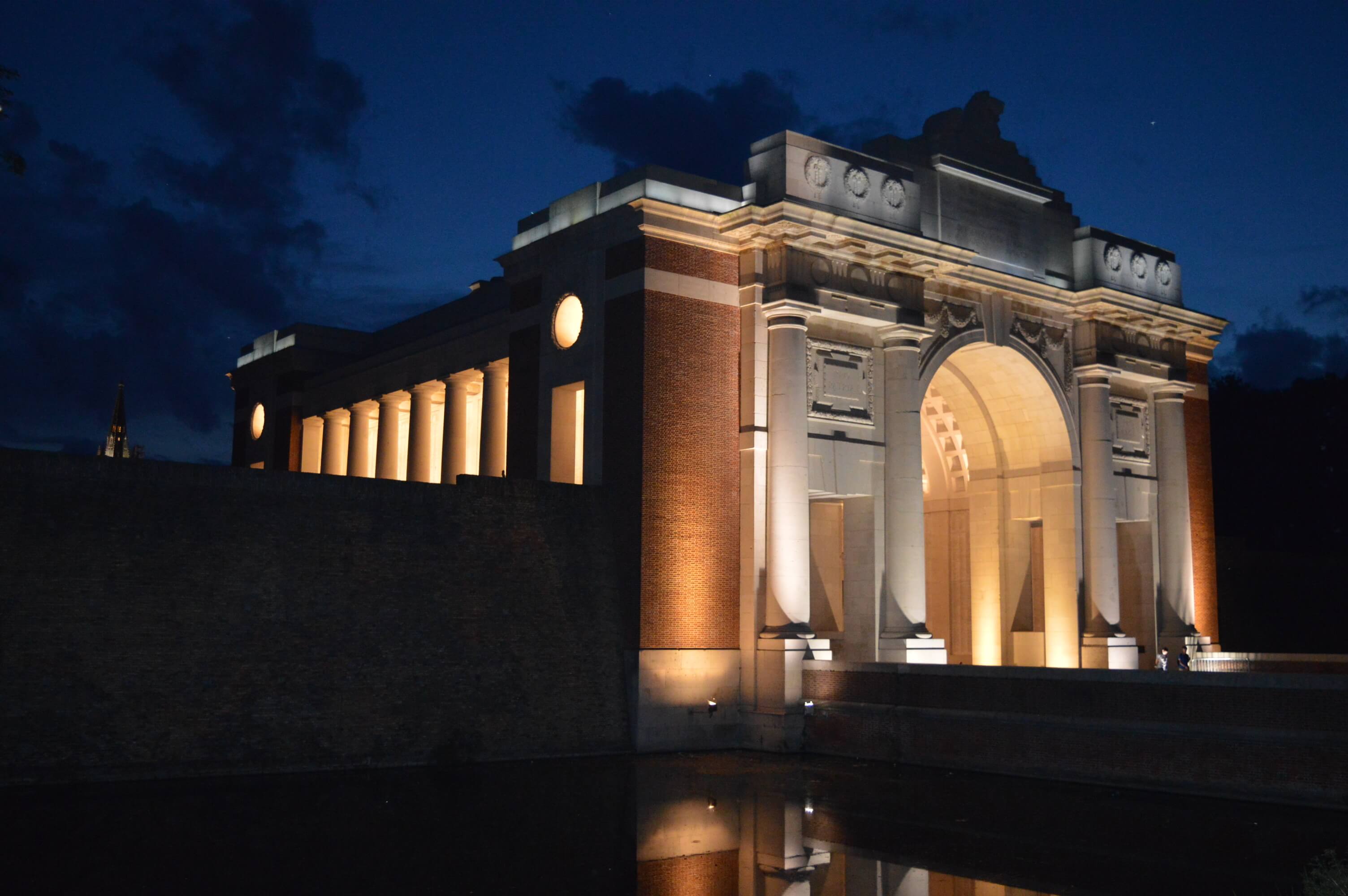 During the First World War hundreds of thousands of British and Commonwealth soldiers marched through the medieval gate of Ypres (now Ieper) on their journey to the front in the First World War. Almost 200,000 of them were killed in the three battles of Ypres between 1914 and 1918 and the bodies of thousands were never recovered. Most of the town, including the gate, was destroyed. After the war it was decided that a grandiose reconstruction of it would be the most appropriate memorial for these missing men, but even this colossal structure was too small to record the name of every soldier reported missing. The names carved on the walls of the vast Hall of Memory within the gate represent soldiers killed before 15 August 1917. The names of another 34,984 missing British soldiers are commemorated on a memorial in the nearby Tyne Cot Commonwealth War Graves Cemetery. 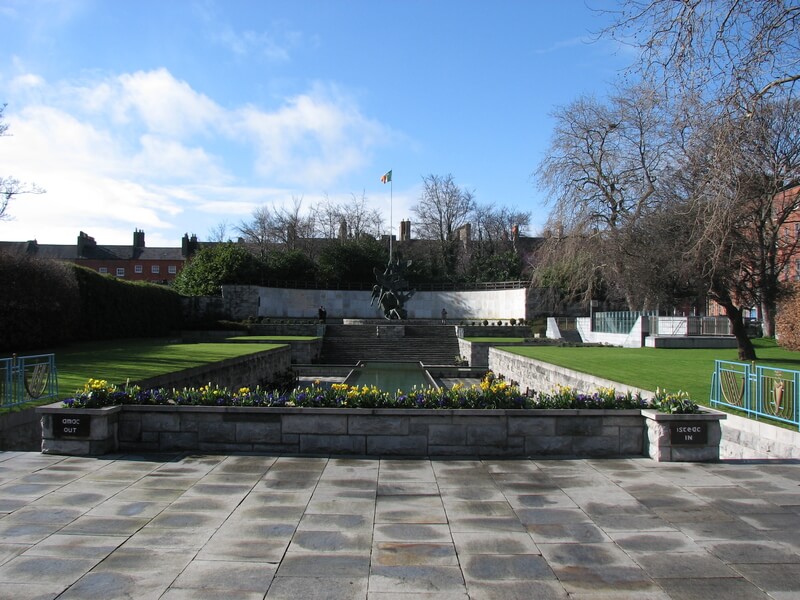 The Garden of Remembrance in Dublin commemorates ‘all those who gave their lives in the cause of Irish freedom.’ The garden was opened in 1966 in memory of men who died in rebellions of the 18th and 19th centuries, the Easter Rising and the Irish War of Independence. The site of the garden is where the Irish Volunteers, who led the Easter Rising, were founded. Irish soldiers who were killed whilst serving in the British army during World War One are commemorated at the nearby Irish National War Memorial Gardens. On her historic visit to the Republic of Ireland in 2011 Queen Elizabeth II laid a wreath in both the Garden of Remembrance and War Memorial Gardens. 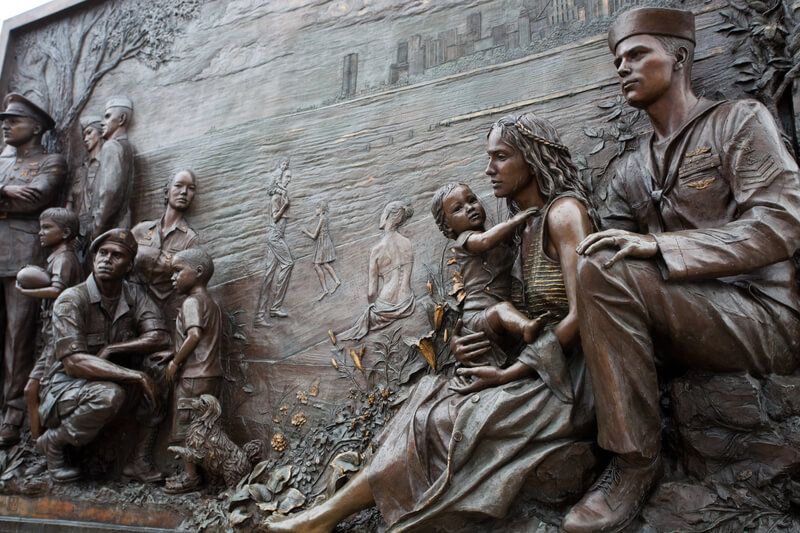 The home stadium of the Chicago Bears NFLTeam, originally Municipal Grant Park, was opened in 1924 and renamed Soldier Field in 1925 to commemorate the American soldiers, sailors and airmen who had died in combat during the First World War. In 2003 a bronze relief sculpture was installed near the entrance to the stadium, depicting men and women of American armed forces and their families from different historical periods. The design also reflects the cultural diversity of the people of Chicago who served in the war. 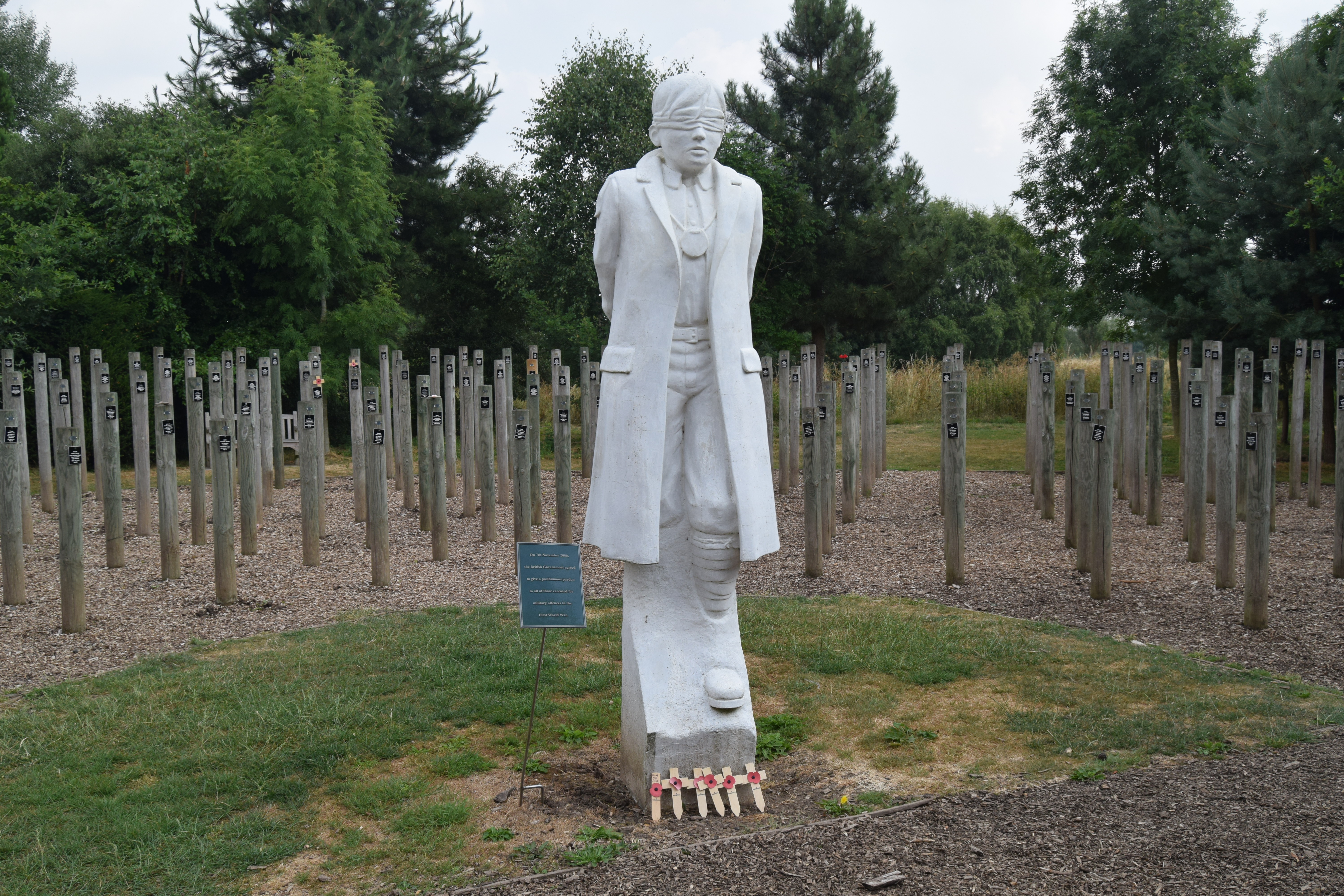 306 of the millions of British and Commonwealth armed forces who died during the First World War were intentionally shot at dawn by their own commanders as a punishment for ‘cowardice in the face of the enemy'. This was entirely legal and publicly acceptable at the time, but in the decades since people have become much more sympathetic to the extreme psychological pressures on soldiers which compelled them to desert. In 2001 a memorial to these soldiers were installed in the National Memorial Arboretum in Staffordshire and in 2007, after a successful campaign by their descendents and other supporters, all 306 men shot at dawn were formally pardoned by the Ministry of Defence. 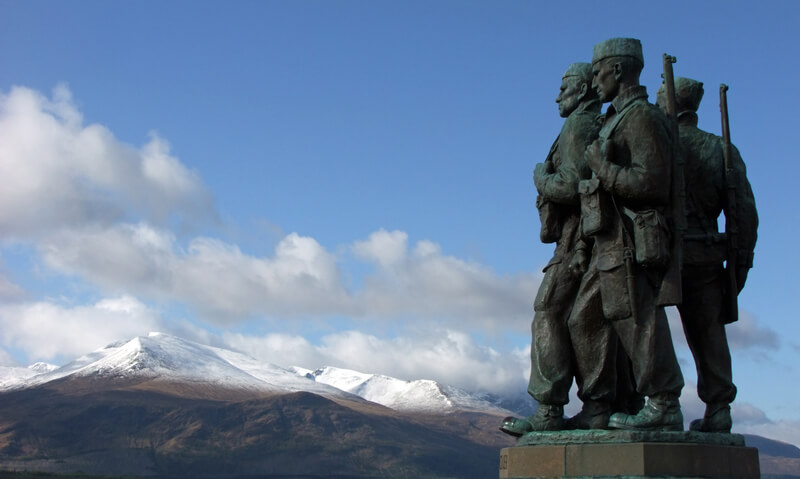 The Commando Memorial at Spean Bridge, near Inverness, commemorates the British commandos of the Second World War who trained in the area. The isolated bronze statue in the highlands depicts three commandos in contemporary uniform, but it is also a memorial to Royal Marines and other soldiers who died in later conflicts. The ashes of many of the original commandos are scattered there. 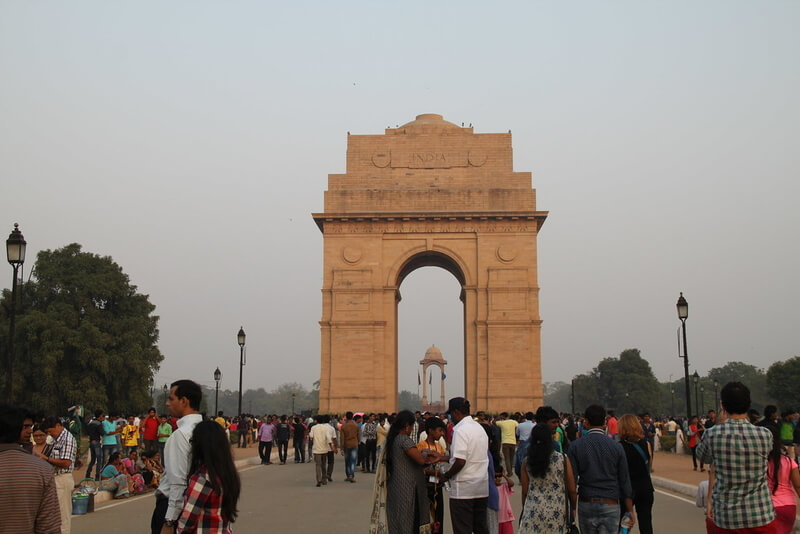 The names of 13,000 Indian soldiers who died in the First World War and Third Afghan War are inscribed on the India Gate, which is similar to the Arc de triomphe. Construction of the arch started in 1921, but was not completed until 1931. Four eternal flames mark the tomb of India’s Unknown Soldier, which was interred beneath it in 1971. 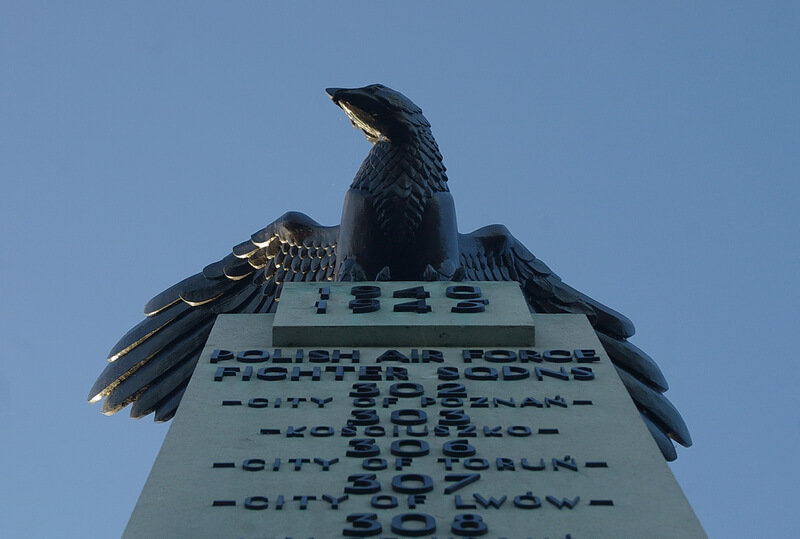 After the Nazi occupation of Poland in 1939, several thousand Polish airmen managed to make their way to Britain and France and served with distinction in the air forces of these countries. Their memorial, which features the bronze eagle of the Polish air force and squadron badges, was unveiled in 1948. Unfortunately, because of space constraints it was only possible to record the names of the men who died on active duty and not the 1,161 who were killed in training accidents. The memorial was refurbished in the 1990s to increase the total names on it to 2,165. 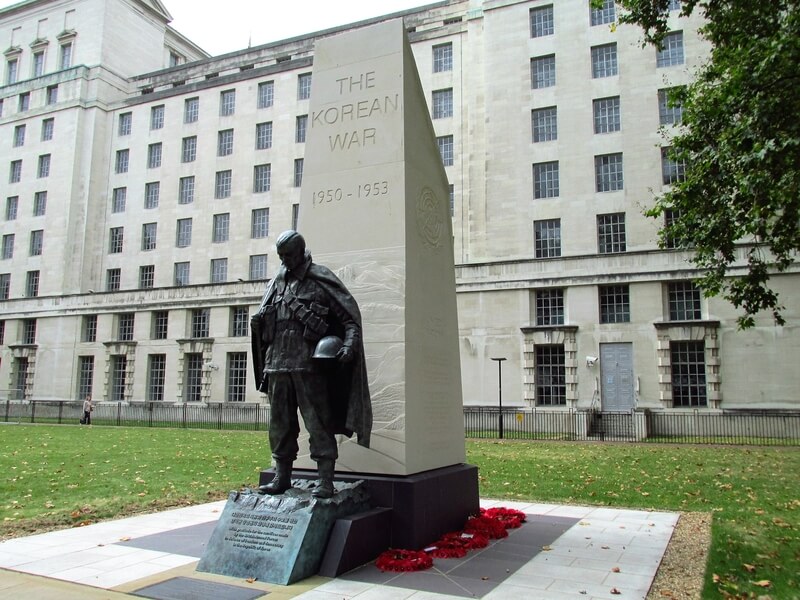 North Korea’s invasion of South Korea in 1950 was quickly repelled with the support of the UN, but the conflict was prolonged when the USA and its allies advanced into the North, drawing China and the Soviet Union into a bitter war that ended in stalemate in 1953. Almost 40,000 American, British and Commonwealth soldiers were killed during the Korean War. These figures are dwarfed by the millions of Korean and Chinese soldiers and civilians who lost their lives, but in the shadow of the Second World War and Vietnam it has become known as the 'forgotten war.' Many memorials in the USA, UK and Australia were not erected until the 1990s. A memorial to the British casualties was finally unveiled in 2014. 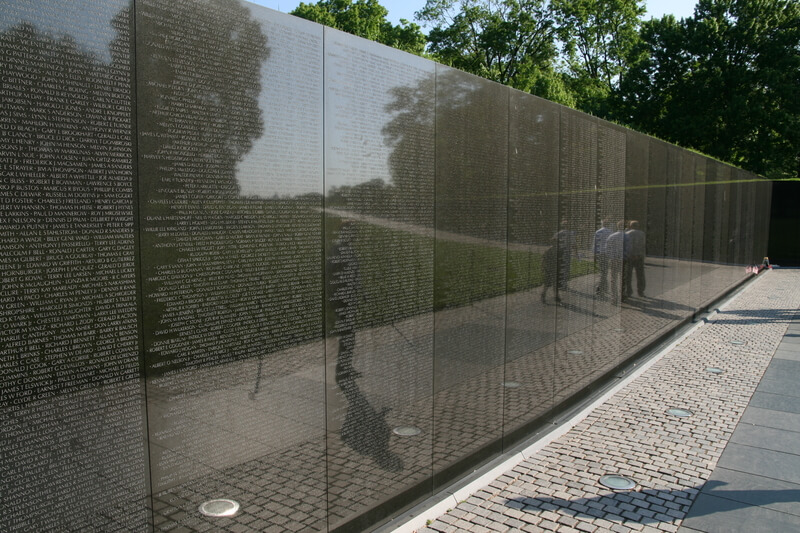 The most moving and famous element of the Vietnam Veterans Memorial is the giant reflective wall, which simply lists the names of soldiers killed in the war by alphabetical order on date of death. The other two elements of it are two bronze sculptures by different artists.The first sculpture depicts three white, hispanic and african-american marines in battle dress. 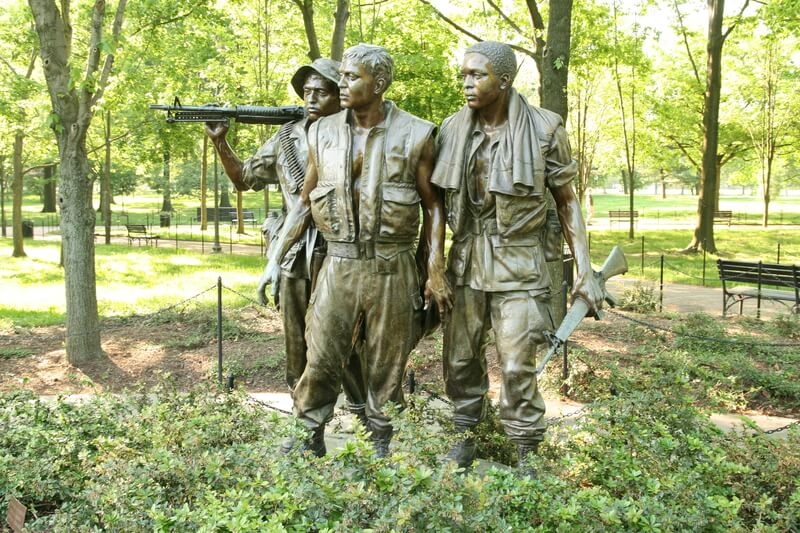 The second sculpture commemorates the role of women in the war, depicting nurses caring for wounded soldiers. 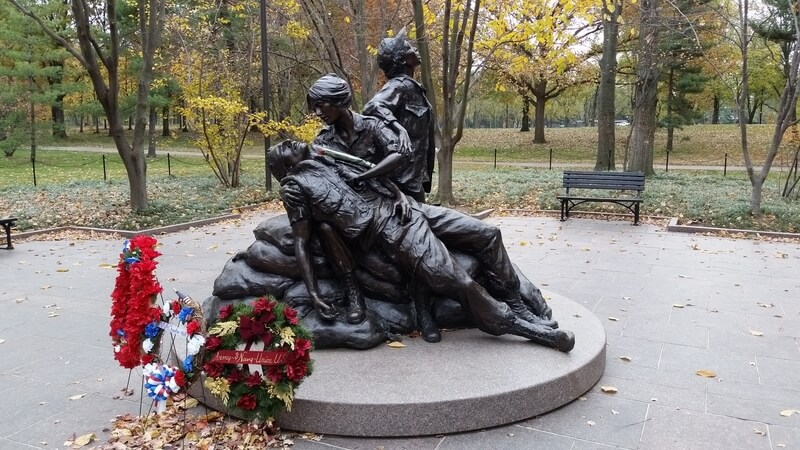 The online Vietnam Wall of Faces was created by the Vietnam Veteran’s Memorial Fund to provide profiles and photographs of the soldiers, including South Koreans and Australians, killed in the war. Family, friends and anyone interested in their story can share comments and memories on the profiles.