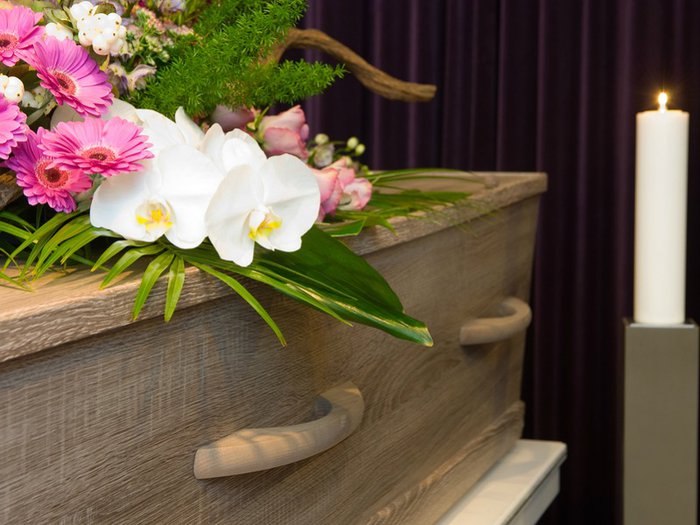 People planning ahead for their funeral will be able do so with greater confidence, following an industry regulator’s move to appoint independent bosses.

The Funeral Planning Authority has re-shaped its governing board, in a move it hopes will increase awareness of its role protecting the interests of consumers – and their cash. The authority was established in 2002 by the industry to ensure bereaved families get the funeral their loved one paid for.

Its new board members have track records with regulatory bodies and organisations with a focus on stringent codes of practice.

Chief executive Graeme McAusland says the FPA wanted to dispel any wrongly-held beliefs the organisation was “a club for providers marking their own homework.”

Its goal is for people to shop for funeral plans from companies that meet its exacting rules and standards.

“The FPA is upping the game,” he said.

When the FPA launched in 2002, around 200,000 people had funeral plans with its members. That figure’s grown to around 1.4 million, while the number of funeral plan providers has also increased.

The FPA now has 23 registered members, but there are other companies selling funeral plans who are not signed up to the organisation and its rules.

“We are getting out that being a member of the FPA is really important, so customers understand this and are nervous of someone who is not,” says Graeme.

Funeral plan providers must prove that they can commit to the FPA’s regulations and code of practice when they register to join. The authority says these rules exceed statutory guidelines and that every provider should meet them.

Small companies, as well as large ones are among its members and vetted every year by the authority’s compliance committee to ensure that they are abiding by its regulations.

The FPA looks into every funeral plan offered by its members, to ensure that the money they are paid is safely invested and that the funeral home is aware of the agreement. It makes sure the money is invested in funds carefully managed by reputable financiers and protected by an underlying insurer, which it also vets.

“We are trying to ensure that there will be enough money for the funeral to be delivered,” explains Graeme.

“We’d recommend customers use an FPA provider or do their own checking.”

Among the FPA’s rules for funeral plan providers is the stipulation that they provide their customers with clear written information detailing funeral costs that are covered – and also those not covered – by the plan.

They must also ensure customers are prepared for unforeseen circumstances, including what happens if someone dies before they have finished paying for their plan in instalments. This means there can be a lot of detailed legal terms on the agreements that customers sign.The FPA is working to ensure these funeral plan terms and conditions are easier to read and understand.

“We tell people to work harder to make their terms and conditions more readable – there’s still work to be done there,” says Graeme.

“The literature is gradually getting better and many are now producing ‘key features’ documents that cover the big issues. Some of them out there are pretty good, but there’s quite a lot of legalese.”

Taking out a funeral plan

Increased awareness, advertising and a wealth of funeral plans to buy online, is resulting in people in their 50s and 60s checking ‘buy a funeral plan’ off their to-do lists. Back in 2002, says Graeme, many people left it until their mid 70s, often after their spouse had died.

With people living greater distances from their loved ones, or with complex modern family relationships, changing social dynamics may be influencing more people to consider taking out a funeral plan.

“We’ve definitely got more plans being sold and there’s more activity promoting them,” he says.

“I remember years ago my grandparents’ priority was sorting out their funeral – it was an absolute priority. Somewhere that attitude changed, but people are becoming aware again there’s a cost and that someone has to pay it.”

What is a funeral plan?

A funeral plan is a contractual arrangement with a provider, who, when it is fully paid by the customer, is responsible for arranging the funeral with the funeral director and paying for goods and services covered by the plan when the time comes.

Most funeral plans freeze funeral directors’ fees from the time they are paid and, depending on the terms, can make some provision for third party costs which may increase. One cost funeral plans don’t tend to cover is a burial plot, but many people who buy a funeral plan also make separate arrangements for this directly with a cemetery.

Who are the FPA’s board members?

The FPA’s board is chaired by Steve Winfield, who has worked with many leading financial services companies over the past 30 years. Chief executive Graeme McAusland has had a long career in the insurance industry.