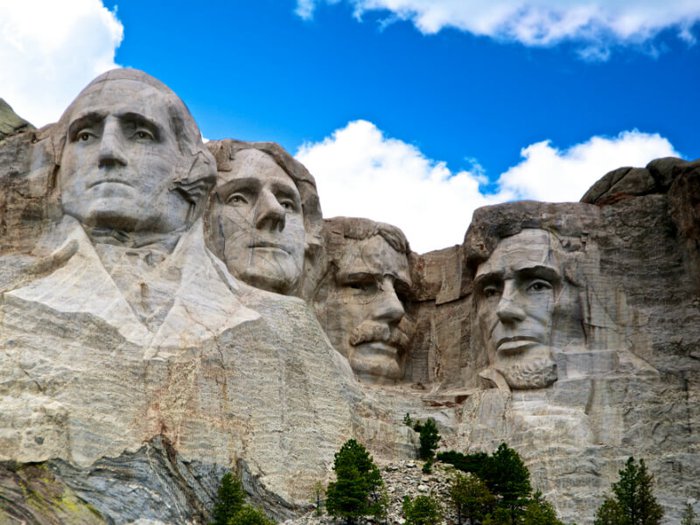 Photo by Stephen Oliver on Unsplash

Presidential funerals are an opportunity for the American people to honor those who have served the U.S as its head of state. Surprisingly, the tradition of the Presidential state funeral isn’t as old as you might think.

Until William Henry Harrison, the United States' 23rd President, died on his 32nd day of office in 1841, there had been no traditional form of ceremony to distinguish a state funeral fit for a President.

Here, we take a look at the tradition and ritual of this solemn honor which have followed since.

How many presidents have had state funerals? 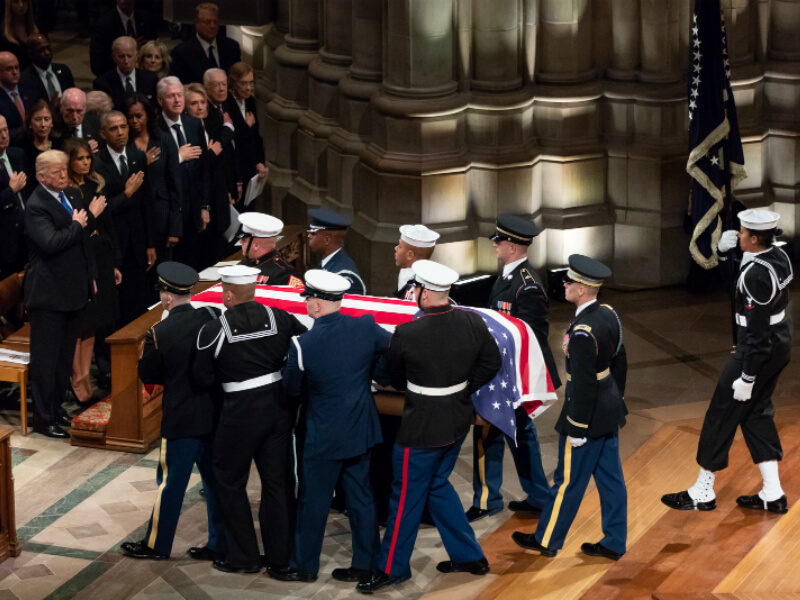 Prior to his death in 1994, Richard Nixon expressed the wish not to receive a state funeral. His family instead chose a quiet funeral service at the Richard Nixon Presidential Library and Museum in Yorba Linda, California.

Franklin D. Roosevelt was not given a state funeral after his death in April 1945. At the time of his death, during World War II, it was seen as insensitive to give a grand send off while so many American troops were fighting and dying in Europe.

Presidents honoured with a state funeral

Where are presidential state funerals held?

Presidential state funerals begin with a funeral service and honours in Washington, DC, though the casket is often transported to their hometown for interment following the service. The president is traditionally laid in state in the Capitol Rotunda where the public are able to come and pay their respects.

Following this they are taken in a funeral procession to a church or cathedral that aligns with their religious beliefs. After the service they are moved to their final resting place, which could be a cemetery in their hometown or another location close to their heart.

Having served as America’s Commander in Chief, former presidents are eligible to be interred at Arlington National Cemetery, but just two (John F. Kennedy and William Howard Taft) have been laid to rest there.

How long does a president's state funeral last?

Presidential funeral honours can be carried out over three days, but are traditionally five days in total.

A presidential funeral is often planned by the president in question, although the finer details may sometimes be amended by family following their death. It was the wish of Dwight D. Eisenhower’s family, for example, to include more military rites in his 1969 funeral, reflecting his role as Supreme Commander of the victorious World War II Allied Forces.

Depending on where they were raised, where they represented in their political career and where they chose to be interred, their casket can often travel hundreds, if not thousands, of miles before they are laid to rest.

Abraham Lincoln’s funeral lasted almost two weeks. His casket was transported by a funeral train across the U.S., stopping off at many cities for public viewings along the way. 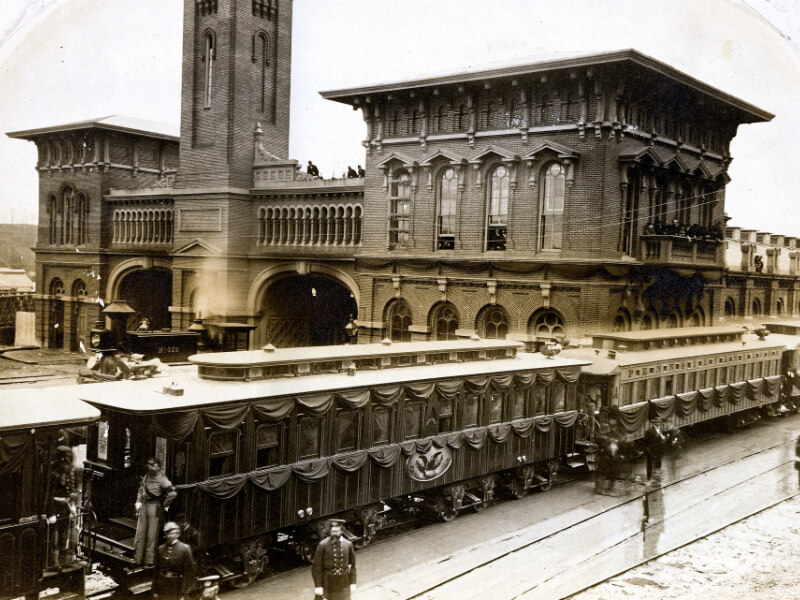 He is buried in Springfield, Illinois, where The Lincoln Tomb is one of the most famous graves in America.

The United State’s first president George Washington’s funeral in December 1799 was, by today’s standards, quite a low-key affair. He lay in state for three days, a tradition which remains in some form today, and was later interred at a family organised service on his own property at Mount Vernon.

Washington’s Tomb became a destination for Americans wanting to pay respect to their first president and over the years became an international attraction. Heads of state, political figures and curious peoples from around the world visit Mount Vernon every year, often taking a memento from the site in the form of a leaf or branch from the area of the tomb.

Abraham Lincoln’s funeral following his assassination in 1865 marked the first real occasion of national mourning. The advent of the telegraph meant that suddenly, news could be rapidly shared across the nation, while the railroads built during his lifetime enabled the President’s funeral procession to travel to cities throughout the nation by train.

President Lincoln was also the [first embalmed president]((https://www.funeralguide.co.uk/blog/history-of-embalming) in United States history to be preserved by embalming after his death, a pioneering innovation which enabled his cortege to travel around the nation.

Over 250,000 mourners attended John F. Kennedy’s public viewing at Washington’s Capitol Building, where he lay in state after his assassination in November 1963. 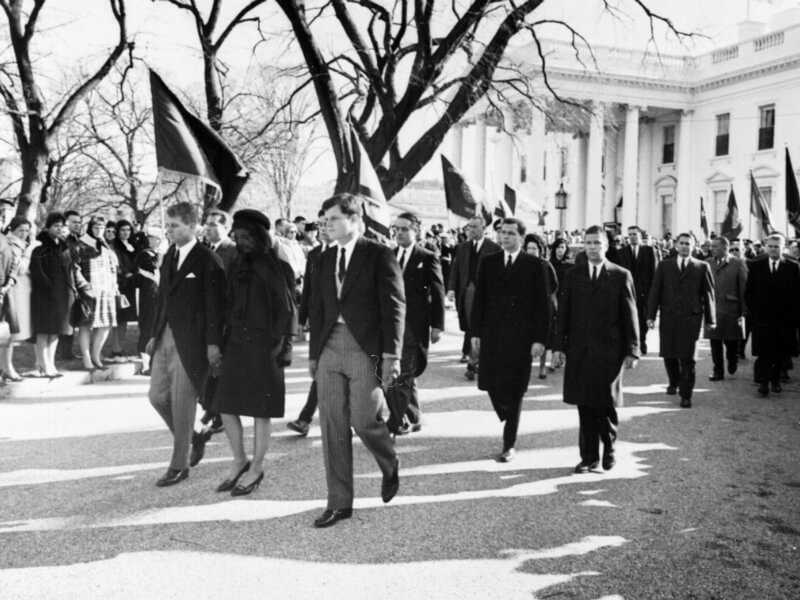 One of the most famous Presidential Funerals in history, Kennedy’s final rites included a traditional Catholic Funeral Mass at St Matthew’s Cathedral. Amongst those who paid their respects were royals from around the world including the Prince Philip of the United Kingdom, Queen Frederica of the Hellenes, and King Baudouin I of the Belgians.

JFK was laid to rest in Arlington National Cemetery. His brothers Robert and Edward are also buried there.

The funeral of ex-president and Five-Star General Dwight D. Eisenhower was held in Washington, DC and was the first presidential state funeral to be broadcast in colour, in spring 1969.

President Trump was in attendance, along with every living former president, including Barack Obama, at 41st President George H. W. Bush’s funeral at Washington’s National Cathedral in December 2018. Mourners put their political differences aside as they came to pay their respects, with warm exchanges between the bereaved Bush family and Barack and Michelle Obama.