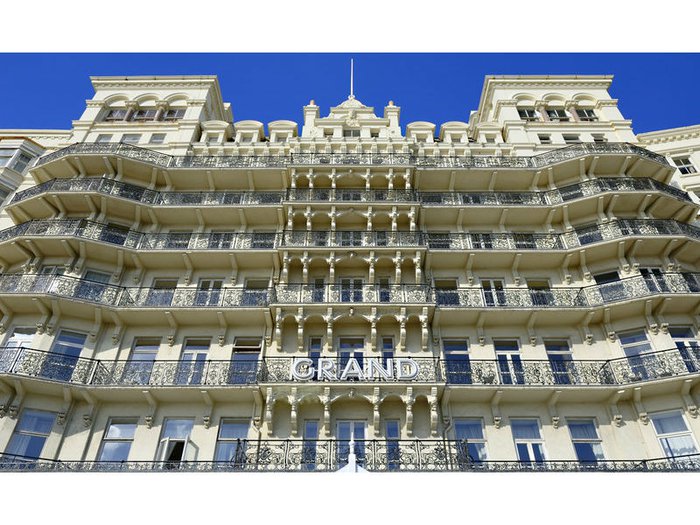 Funeral directors from across the UK are in Brighton for the profession’s biggest conference, which begins today.

Members of the National Association of Funeral Directors (NAFD), who between them carry out four out of every five funerals in the UK, will be discussing important issues affecting the funeral profession at the annual event being held at Brighton’s Grand Hotel.

This year there are plenty of issues to be considered, from industry regulation over the provision of care for the bereaved, to how funeral professionals on the front line of helping the bereaved can cope with stress.

The conference will be opened tomorrow morning by Caroline Nokes, the Minister for Welfare Delivery who introduced the new Bereavement Support Payment which came into effect last month.

Proceedings will officially begin with the NAFD’s Annual General Meeting. As well as update colleagues on the association’s general business matters, the AGM will cover important issues, including about regulatory developments in Scotland.

The Scottish Government has just appointed Natalie McKail as the country’s first Inspector of Funeral Directors. The announcement followed a conference held in Stirling by the NAFD and National Society of Allied and Independent Funeral Directors, at which funeral directors pledged their support for moves that would maintain high standards and strengthen public confidence in the profession.

The NAFD has been instrumental in working with policy makers, to identify objectives to ensure members of the public receive the best possible service from funeral directors when they are bereaved. The NAFD's own code of practice requires all of its members to meet key areas of customer care, including clearly available pricing information and exacting standards when it comes to professional conduct.

Looking ahead, the NAFD's chief executive Mandie Lavin said: “This is a historic moment for the funeral profession. The developments in Scotland will change the landscape of funeral directing forever. The opportunity to work in partnership with others to develop the regulatory future in the public interest is unprecedented. This a moment to be seized and we have the tools to deliver on our promise to the public.

“I’m incredibly proud to be part of a sector that is embracing this change in such a positive way because ultimately everyone can see how, if done well, this will benefit bereaved people.”

Other important issues on the agenda include local authority trading, governance reform and the NAFD business plan for 2017-2019. These issues not only affect members of the association, but the funeral sector as a whole and members of the public who use their services when they are bereaved.

Saturday will see a programme of guest speakers talk to delegates, including His Honour Judge Mark Lucraft QC, who was appointed to become the Chief Coroner of England and Wales last autumn. He will explain the vital work of coroners and why he has called for national standards and clearer information to be made available to the public.

Understanding and meeting the needs of female clients will be the topic introduced by Lacy Robinson, a special guest from American funeral directors’ association the NFDA.

The 2017 conference also marks the end of Jeremy Field’s tenure as president of the NAFD. After a successful 12 months in office, the conference will conclude with a presidential handover on Sunday. Alison Crake of Stockton on Tees based independent funeral home Crake and Mallon is set to become the new NAFD president. She will be supported in her role by incoming vice president Abi Pattenden and new deputy vice president David Barrington.