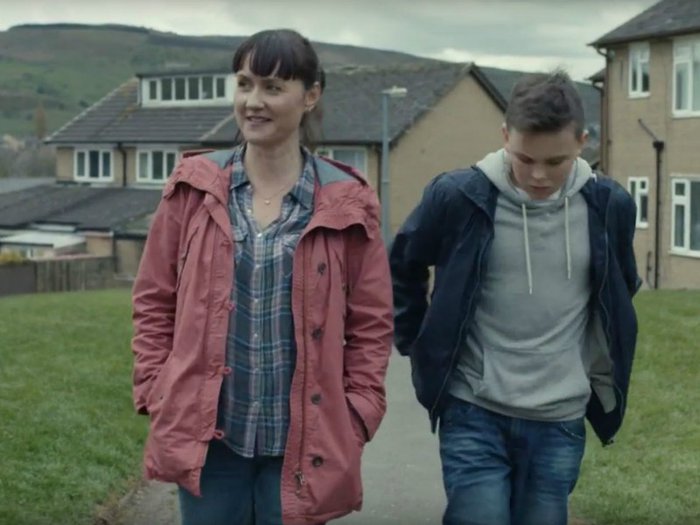 A bereavement charity is among those to have criticised a controversial McDonald’s advert about a bereaved teenager wanting to know more about his father.

The fast food ad has created a media storm, with charities among those to have expressed dismay that a deeply sensitive subject has been used as a marketing tool by the brand.

She said: “Parents [are] telling us their bereaved children have been upset by the advert, and alienated by McDonald’s as a brand that wants to emotionally manipulate its customers.

“What they have done is exploited childhood bereavement as a way to connect with young people and surviving parents alike – unsuccessfully.”

The ad shows a young teenage boy asking his mum, “What was dad like?” as they walk to a McDonald’s restaurant. His mum shares memories of his dad and the boy begins to realise that he seems to have little in common with him. Then, his mum points out at the restaurant that he has ordered his dad’s favourite McDonald’s burger, a Filet-O-Fish.

The ad has polarised public opinion, with some slamming it as “shameful”, while others argue it is helping break taboos around bereavement, but questioning the context. Some people welcomed grieving families being represented in mainstream media, but thought that using bereavement to sell burgers was in poor taste.

Parents caring for grieving children took to social media to express their views. One Twitter user objecting to the commercial said: “Not one to be easily offended, but new McDonald’s advert is cynical exploitation of a deeply emotional situation for brand promotion.”

Another said: “This crass and hurtful advert from McDonald’s awakens all the awful memories just to sell burgers.”

However, some people found the advert moving. One commenter who viewed it on YouTube said, “I actually thought the ad was kind of touching. It wasn't just about the kid discovering he had something in common with his father, it was also about the widowed wife seeing that there was something left of the man she’d lost in the boy who remained.

“Yes, it’s a McAd designed to raise the corporate flag high, but they didn’t push the brand as heavily as they might have and I found it sort of sweet.﻿”

One mother said: “I am not a fan of McDonald’s, but I actually think it’s quite a brave step to take – I have never seen any bereaved family used to advertise any ‘normal’ situation before. Why should only standard perfect families be used in ads? We need to break down the barriers and taboos around losing our partners.”

Other parents described the advert as “upsetting rather than offensive”, while another mum described it as “insensitive and rude.”

She said: “It upset my son last night. NOTHING can be made better by a McDonald’s. Least of all the lives of bereaved children.”

One mum said that she had shown the advert to her bereaved child, explaining: “I took it as an opportunity to show my 12-year-old son he isn’t alone in this situation.”

Another said: “It is the fact it is used as a marketing tool to sell their product that I find difficult.”

Following the backlash, McDonald’s apologised for the advert, which had been scheduled as seven-week media campaign.

It said in a statement: “It wasn’t our intention to cause any upset with this advert. We wanted to highlight the role McDonald’s has played in our customers’ everyday lives – both in good and difficult times.”

The Advertising Standards Agency has confirmed that it is “assessing complaints” regarding the McDonald’s ad to see whether there are grounds for an investigation.

Find out more about supporting a child bereavement support or teenage bereavement, or coping with grief after the death of a spouse or partner. You can also contact specialist counselling and bereavement organisations for expert help and advice.